According to the American Sleep Association, between 50 and 70 million Americans suffer from a sleep disorder. Many of them have been diagnosed as suffering from a version of insomnia.

Insomnia can exist in many forms, ranging from brief symptoms to a chronic condition. The latter is when sleeplessness occurs more than three times a week for at least three months.

Cannabis proponents claim that the plant could combat these issues and help users get a good night’s sleep. But is this really the case?

We take a look at the science behind cannabis for insomnia.

The primary symptom of insomnia is difficulty falling asleep; however, insomnia also includes difficulty staying asleep, waking up several times during the night, or waking up prematurely and being unable to get back to sleep. Regardless of the symptoms, many people feel restless and unrested after their sleep.

Since sleep is such an essential process, not getting enough can have downstream effects during the rest of the day. People who have insomnia may experience numerous issues, including:

Insomnia is a frustrating condition to deal with and can lower one’s productivity and/or efficiency. According to a recent study, insomnia negatively impacts work attendance and performance. It is also associated with increased healthcare costs, making it bad news for employers and employees alike.

Chronic insomnia can also have adverse effects on one’s long-term health. It may lead to weight gain and serious medical conditions such as high blood pressure.

Furthermore, insomnia often occurs alongside mood disorders like depression. Consequently, it can create a vicious cycle whereby depressed people experience negative feelings due to lack of sleep, potentiating both issues.

While pharmaceutical options help some individuals, clinicians don’t recommend relying on sleeping pills for more than a few weeks. In addition, side effects associated with common medications can include daytime grogginess and/or an increased risk of falling. Some are turning to complementary therapies like acupuncture, while others are seeking effective herbal remedies and supplements.

Some popular supplements for sleep include melatonin and amino acids such as tryptophan. Common herbal remedies include valerian, passionflower, and hops. However, not all of these natural alternatives have much reliable evidence to support their use.

So, what about using cannabis for insomnia? People have recommended the plant as a sleep aid for years, but is there any research to back these claims?

Insomnia and Marijuana: What’s the Relationship?

The topic of insomnia and cannabis is a complicated one. As cannabis is a Schedule 1 Controlled Substance, well-designed research studies have been limited to determine the effectiveness of cannabis on sleep disorders.

Unfortunately, the research that does exist is limited and sometimes conflicting. 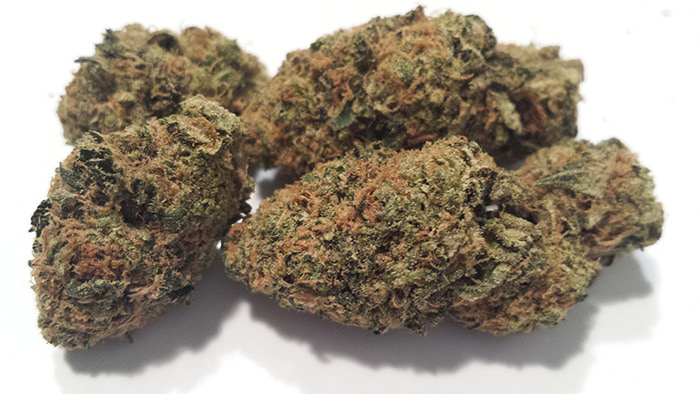 So, since not enough conclusive studies exist on the efficacy of cannabis for insomnia, does this mean that it doesn’t work? Not necessarily. It simply means that results are mixed.

Plenty of studies show that cannabis can have a positive effect on sleep and insomnia. However, numerous examples indicate the opposite may be true. We will discuss a few specific examples below.

Cannabis and Insomnia: The Pros and Cons

Research into cannabis’ relationship with insomnia has highlighted both positive and negative effects.

Back in 1973, cannabis research was already underway on insomnia patients. The study found that THC (or tetrahydrocannabinol, the primary compound causing the cannabis high) helped individuals fall asleep faster.

In 2004, another significant study revealed some interesting findings. It showed that while 15mg of THC acted as a sedative, 15mg of CBD (cannabidiol) appeared to act as a stimulant causing specific patients to stay awake.

A 2008 review found that cannabis reduced REM sleep, which could mean less time spent dreaming and less vivid dreams. Therefore, it could potentially be helpful for PTSD patients. However, adequate REM sleep is believed to benefit learning memory and mood, so reduced REM sleep may not necessarily improve overall health.

As well as THC and CBD, cannabis contains aromatic chemicals called terpenes, these may be beneficial for sleep.

Over the past few decades, researchers have acquired more knowledge about the cannabis plant and now understand that there is more than meets the eye. In addition to cannabinoids like THC and CBD, the plant contains aromatic compounds called terpenes. Some of these chemicals, such as myrcene and linalool, are known for their sedative effects.

Finally, cannabinoids can help reduce pain and other symptoms, meaning it could be easier for users to get comfortable and fall asleep if pain contributes to their sleep difficulties. A 2014 review suggested that while the evidence was mixed overall, those suffering from condition-related sleeplessness might derive some benefit.

Although it takes longer to feel the effects of marijuana-infused edibles than vaping or smoking, the effects of edibles can last longer. Therefore, many people believe that edibles could have a better impact on sleep disorders. However, this is based on anecdotal reports rather than clinical trials.

Cannabis isn’t a magic potion when it comes to sleep. Even if it does help combat insomnia symptoms, they may return once a person stops consuming it.

A 2008 study showed that chronic cannabis users experienced reduced sleep quality after abstaining on the first and second nights. On the first night of the study, their total and slow-wave (deep) sleep durations were both lower than controls. They also experienced worse sleep efficiency, prolonged sleep onset, and shorter REM onset than controls on the second night.

It seems that cannabis withdrawal can cause a rebound effect, decreasing stage 4 sleep and increasing REM. Therefore, people who stop using cannabis after chronic use often report experiencing sleep disturbance and vivid dreams.

Furthermore, just as uncontrolled alcohol consumption can lead to a hangover, cannabis can have a similar effect. Therefore, consuming cannabis before bed could lead to decreased performance the following day.

For those wishing to avoid intoxicating effects, CBD may be a valid alternative to THC. However, once again, evidence on the subject is mixed. It also seems that while high CBD doses may induce sleepiness, lower doses could have the opposite effect.

The Truth About Marijuana and Insomnia

Many people are using cannabis as a sleep aid, even though further research is needed and may even be confounding. The problem is that with current Federal laws, conducting marijuana research is exceptionally challenging.

From a research perspective, the effect of cannabis on insomnia is not entirely clear. However, anecdotal reports suggest that it could help, at least in some circumstances.

For those who cannot get access to legal cannabis, CBD oil may be a suitable alternative. It is legal in most states, providing it is derived from hemp and contains less than 0.3% THC.

Ever tried cannabis or CBD for insomnia or healthy sleep management? Please share your experience with us on our Facebook Page or in the comments below

3
5 min read
Join the discussion
TOC
Premium
Your subscription has ended
If you love cannabis and appreciate our content, join WayofLeaf Premium today and receive:
Best of all, part of your membership fee will go towards helping to legalize cannabis.
Go Wayofleaf Premium
No thanks, I can't afford it
I already have an account
×
Login in to your premium account