CBD Oil for Cannabis Use Disorder [Does It Work?]

Proponents of cannabis often state that it is non-addictive. However, these claims are inaccurate, and cannabis use disorder (a.k.a. marijuana use disorder) is a genuine issue. In fact, this addiction affects as many as 9% of all cannabis users at some point.

It is not so much the cannabis plant itself that is addictive, but its intoxicating component, THC. Remarkably, new research suggests that another cannabis compound, CBD, could actually help break a marijuana addiction.

Here’s our in-depth guide to CBD oil and cannabis use disorder.

What is Cannabis Use Disorder?

Marijuana use disorder is a common phenomenon across the USA. It often occurs in association with other substance use disorders, mental health problems, and behavioral issues.

It affects around twice as many males as females, tending to peak in the late teens or early 20s. Most people find that their cannabis addiction lasts approximately 3–4 years.

According to the Diagnostic and Statistical Manual of Mental Disorders (DSM-5), the key symptoms of cannabis use disorder are:

For a doctor to diagnose marijuana use disorder, at least two of these symptoms must occur within 12 months. Depending on the number of symptoms present, they will classify the disorder as mild, moderate, or severe.

Although cannabis use disorder is common, relatively few people seek treatment. On average, those most likely to do so have used cannabis for over ten years. During this timeframe, these individuals will usually have attempted to quit more than six times unsuccessfully. 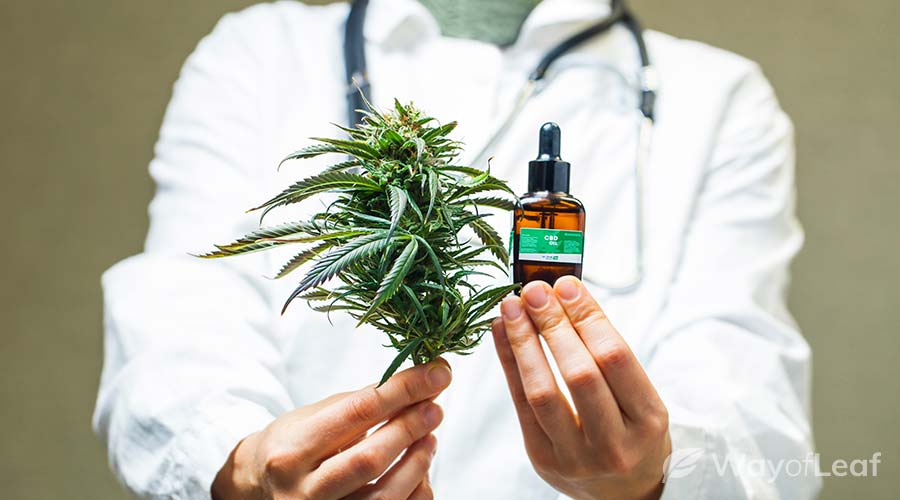 The most widely available treatments for cannabis addiction include therapies like cognitive behavioral therapy (CBT). Contingency management and motivational enhancement therapy are other options that may help.

The FDA does not currently approve any specific medications for treating marijuana use disorder. However, research is ongoing. Some potentially viable candidates include:

The primary symptoms of cannabis withdrawal include:

By managing these symptoms pharmaceutically, individuals may be able to withdraw from cannabis with minimal discomfort.

FAAH (fatty acid amide hydrolase) is an enzyme that breaks down the cannabinoids that the body produces naturally. By inhibiting this enzyme, these chemicals’ levels will increase, theoretically reducing the need for plant cannabinoids like THC.

These substances alter the shape of the body’s cannabinoid receptors, making it more difficult for THC to bind with them. Allosteric modulators are a new area of study, and little is known about how well they work. The hypothesis is that they would block THC’s effects, making it less desirable to use.

Amazingly, there is a compound that could potentially provide all these effects simultaneously – CBD.

How Does CBD Oil for Work for Cannabis Use Disorder?

Our understanding of how CBD affects the body is still evolving. However, based on the current knowledge, it appears to have all the properties of the treatments we listed above. Let’s look at them each in turn.

CBD’s anti-anxiety properties are well-known. It works by influencing the endocannabinoid system (ECS) and serotonin receptors in the brain.

Research from 2015 suggests that it could assist in a wide range of anxiety disorders, including:

While THC binds directly with receptors in the endocannabinoid system, CBD works differently. The compound has several distinct mechanisms of action. However, one of the most important is increasing our levels of naturally occurring cannabinoids by inhibiting FAAH.

CBD helps raise levels of a chemical called anandamide, which some people have dubbed the ‘bliss molecule.’ It has several crucial functions within the body, including regulating the stress response.

CBD is a negative allosteric modulator. This term means that it changes cannabinoid receptors’ shape, making it harder for THC to bind. Therefore, it counteracts some of marijuana’s intoxicating effects, thus reducing the incentive to continue use.

Research on CBD Oil for Cannabis Use Disorder

The Lancet recently published a study* suggesting CBD could be a powerful weapon for those battling cannabis addictions. However, there was one caveat. The CBD doses that the study tested were much higher than those available to regular consumers.

The research team gave participants either 200mg, 400mg, or 800mg of CBD, or a placebo. They found that both the 400mg and 800mg doses were safe and effective in comparison to the placebo. However, 200mg of CBD appeared to provide little benefit.

These findings are problematic considering the cost of high-quality CBD oil. Many manufacturers only provide 400–800mg of CBD in a single bottle that could cost upwards of $50. Some companies offer more potent oils, but they also have a price tag to match.

A case study from 2015 had more encouraging results. A 27-year-old man with a history of bipolar disorder and marijuana use disorder added CBD to his existing treatment regime. He started with a dose of 24mg and reduced this gradually to 18mg, without reinstating cannabis use. The subject reported reduced anxiety and better sleep.

Unfortunately, there are several significant flaws with this research. Firstly, a single case study is not enough to confirm whether CBD works for cannabis addiction. Secondly, there was no control group, meaning that the CBD could have worked via the placebo effect. Finally, the subject’s cannabis cessation was self-reported. Therefore, there is no way to know whether he was entirely truthful about the matter.

The evidence points to extremely high doses of CBD being most effective. However, those living with cannabis addiction may still wish to give it a try. So, what’s the best way to use CBD for cannabis use disorder?

How to Use CBD for Cannabis Addiction

Most people take CBD in oil form. They hold the liquid under the tongue for up to a minute before swallowing. Doing so allows CBD to bypass the digestive system and enter the bloodstream via the sublingual veins.

However, this may not be the optimal consumption method for using CBD for cannabis use disorder.

Firstly, since a high dosage is best, it may be necessary to consume large oil quantities each time. Many people will find this unpleasant due to its taste and texture. Secondly, CBD oil can take some time to produce its effects. Those hoping to treat addictions may prefer a faster-acting method to deal with cravings when they strike.

Inhalation could be ideal as it provides rapid effects and has a high bioavailability rate. It might also benefit those who miss the physical act of smoking or vaping cannabis. The options include CBD vape products, smokable hemp flower, and concentrates for dabbing.

Of course, inhaling anything has the potential to irritate the lungs. Therefore, it might be best to see this consumption method as a temporary way to wean oneself off cannabis. Otherwise, individuals may just be replacing one habit with another.

For those who would prefer not to smoke or vape, there are alternative solutions. CBD capsules and edibles are now widely available.

The downside here is that these products must travel through the digestive system and will take up to two hours to take effect. Therefore, it would be necessary to take them regularly throughout the day rather than on an ‘as required’ basis.

Whichever method they choose to try, consumers should only purchase CBD products from reputable brands. While it may be tempting to find a cheap alternative, these products could contain little to no CBD. As a bare minimum, look for a company that publishes third-party lab reports confirming their cannabinoid content.

Research suggests that CBD could be an effective treatment for cannabis use disorder. However, it also seems that the necessary dose is exceptionally high. This fact could make CBD therapy prohibitively expensive for many people.

For some, it could be well worth the cost. That said, it is also essential to remember that everyone reacts to CBD differently, and it might not work in every case.

Moreover, it is critical to be aware that, although CBD is relatively safe, it can cause some side effects. These include serious drug interactions, and so anyone taking other medications should consult a physician before use.

Finally, those wishing to try CBD for cannabis use disorder should only purchase from reliable brands. Here are some of our top CBD products on the current market.

Learn which strains have the best potential to help