If you suffer from IBD, there’s a good chance you’ve thought about using cannabis products or CBD to help manage your symptoms. Humans have used the cannabis plant in various ways for thousands of years, and cannabis and its derivatives are now being researched as a potential therapy option for IBD, including Crohn’s Disease and ulcerative colitis.

As with many other alternative and complementary practices, some people use CBD for IBD if other treatment options or medications haven’t helped to relieve symptoms; particularly nausea, pain, and lack of appetite.

Those who suffer from IBD can feel very isolated, but there’s actually a huge and growing community of people who share the same pain. The rise of IBD over the last few decades is quite shocking. Fortunately, CBD and IBD now go hand in hand, meaning that CBD may be able to help you manage your condition.

Symptoms of IBD include bloating, severe cramping, and diarrhea. Oftentimes, these symptoms can be painful and may disrupt your daily life.

The exact cause of IBD is unknown. Previously, stress and diet were suspects, but doctors have since discovered that these are factors that may aggravate but don’t cause IBD.

Heredity factors could also play a role in the cause of IBD. The disease is more common in people whose family members suffer from IBD.

That said, one of the most frustrating things about this disorder is that there is no clear reason why you have it or why it keeps flaring up. Everything from your diet to your DNA, and from your upbringing to your daily habits, could have contributed to your prognosis.

The symptoms of IBD vary depending on where the inflammation occurs and how severe it is. Symptoms could range from mild to severe. It’s likely that you will experience periods of active illness, which are followed by periods of remission.

Symptoms and signs that are common to both ulcerative colitis and Crohn’s disease include; fever and fatigue, reduced appetite, blood in the stool, diarrhea, unintended weight loss, and abdominal pain, and cramping.

Whatever triggers IBD, the end result is chronic gut inflammation that, over time, damages and weakens your digestive tract. Unfortunately, this damage comes with worsening symptoms of inflammatory bowel disease, increased pain, and even an increased risk of other diseases, such as colon cancer.

Living with IBD usually means modifying your diet and lifestyle to help manage symptoms and prevent flare-ups. The aim of inflammatory bowel disease treatment is to reduce inflammation that could trigger symptoms.

Here are a few common dietary changes to make:

CBD for IBD: What the Research Says 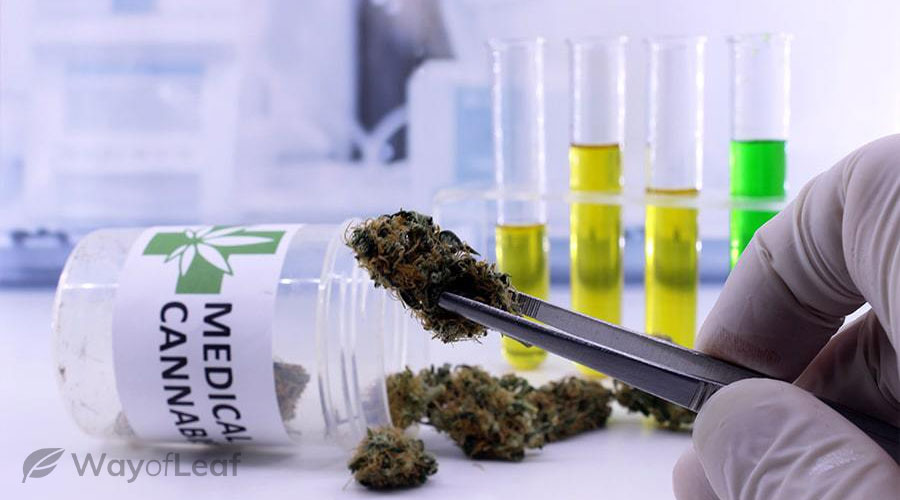 Human studies and epidemiologic data have shown that cannabis may help relieve the symptoms of IBD. However, it’s not clear whether it’s because of anti-inflammatory effects or due to the effects that “mask” adverse symptoms such as fatigue, weakness, nausea, stress, and anxiety.

Unfortunately, only very few studies have been done on the effects of CBD oil for inflammatory bowel disease. Most studies have researched/tested cannabis, which contains CBD in addition to THC.

The possibility that CBD could help treat IBD stems from laboratory and animal studies that show that it can decrease the inflammation that occurs in these types of conditions. One particular concentrated CBD IBD study has discovered some promising results.

A 2018 study out of Israel discovered that CBD could help people with Crohn’s disease to better manage their symptoms. Interestingly though, it didn’t actually reduce inflammation in the gut.

Another study from 2019 found that CBD may help to reduce leaky gut. The study looked at using both CBD and palmitoylethanolamide (PEA). PEA is a fatty acid amide that is made by the body – it’s known for reducing pain that inflammation causes.

The study found that together, CBD and PEA could reduce permeability in the colon, which is why CBD oil for IBD may be beneficial.

The reason CBD oil IBD treatment may be effective has got to do with the endocannabinoid system (ECS) in the body. The ECS is a complex system responsible for regulating important bodily functions, including sleep, mood, pain response, inflammation, appetite, memory, and more.

CBD helps to stimulate the production of neurotransmitters like serotonin and dopamine, which might explain why it’s useful for managing mood problems such as stress and anxiety, as well as gut function.

How to Use CBD Oil for IBD

There are many different ways to consume CBD, including oils, pills, lotions, balms, edibles, and vaping devices. When it comes to CBD oil and inflammatory bowel disease, all of these options may have positive effects on symptoms. However, the method of delivery will affect how quickly you experience relief.

In Conclusion About Cannabis and CBD for IBD

CBD is getting an increasing amount of attention from those with IBD who are in search of symptom relief. Achieving and maintaining remission is vital to your health and happiness, and this is where CBD for IBD may be able to help.

However, more research is needed on inflammatory bowel disease medical cannabis to clarify the role CBD plays in the treatment of IBD. The standard recommendation currently is that cannabis and its derivatives may be a good choice for improving one’s symptoms and well-being when conventional therapies fall short.

The Digestive System
Table of Contents
Related Articles
Save post

10
8 min read
Join the discussion
TOC
Premium
Your subscription has ended
If you love cannabis and appreciate our content, join WayofLeaf Premium today and receive:
Best of all, part of your membership fee will go towards helping to legalize cannabis.
Go Wayofleaf Premium
No thanks, I can't afford it
I already have an account
×
Login in to your premium account