Shingles can be an excruciatingly painful condition, and unfortunately, there is no cure for it. Traditional medical treatments can only help to alleviate shingles symptoms. This has caused some to turn to marijuana for relief from the symptoms of this condition. In this article, we will answer the questions, are there any marijuana strains for shingles? And if so, what are the best marijuana strains for shingles?

Don’t be fooled by articles that claim specific cannabis strains are the best strains for shingles. While no strain has been bred specifically to treat shingles, some may help to alleviate its symptoms.

Shingles: What Is It?

Shingles is a viral infection that affects a nerve and the area of skin associated with that nerve. Most people with shingles will experience pain of differing levels of severity before developing a shingles rash, which commonly will blister before scabbing over.

As stated above, shingles is a viral infection. It is caused by the varicella-zoster virus, which also causes chickenpox. Those affected by shingles will have had chickenpox as children. However, even after the affected person’s immune system successfully fought off the chickenpox virus, it remains dormant in the nervous system. For some people, particularly those whose immune system has become compromised, the virus can become reactivated later in life and manifest as shingles.

A person with shingles can pass the varicella-zoster virus to anyone without immunity to chickenpox. The most common method of transmission of the virus is via direct contact with the open sores of a shingles rash. When another person is infected with the virus, they develop chickenpox, not shingles. 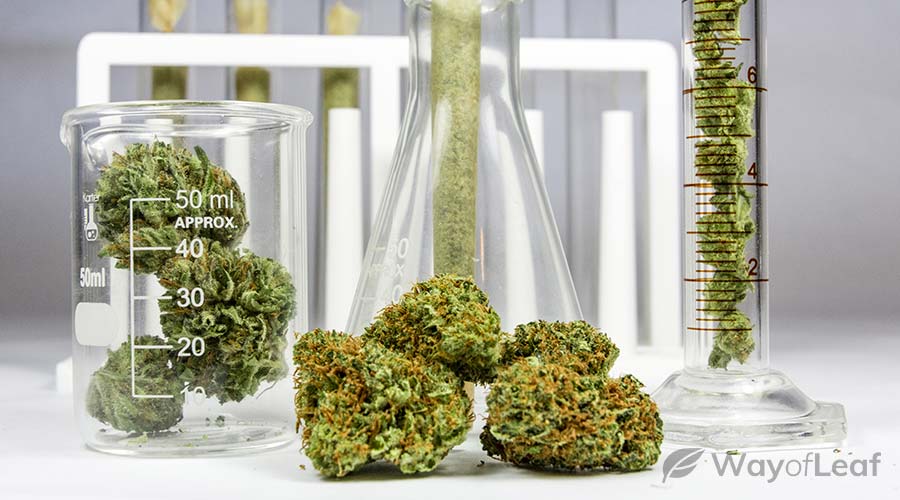 Shingles can cause significant health problems for specific categories of people, for example, people with compromised immune systems, pregnant women, and newborn babies.

One of the first signs of shingles is a tingling sensation in the affected area. This area typically becomes painful before a rash forms on the skin. While shingles can affect any part of the body, it most commonly affects the chest and abdomen. It typically appears as a single stripe of blisters on either the left or right side of one’s torso.

In the early stages of shingles, a person may experience the following symptoms between one to four days prior to the shingles rash first appearing:

The pain that precedes the shingles rash can be dull or burning in nature. Some people may experience intermittent sharp localized pains in the affected area. The intensity of the pain associated with shingles can range from mild to severe, and most people are likely to experience increased tenderness in the affected area. However, pain is less common in young, healthy people, and is rare in children.

As already mentioned, generally, the shingles rash appears after the person has first experienced pain in that part of their body. The rash is usually only localized to one area, and forms on the skin associated with the affected nerve.

Initially, the shingles rash may appear red and blotchy. From there, it may then develop into blisters that are itchy, and very similar to the ones caused by chickenpox. New blisters may form over the following week. Approximately three days after appearing, the blisters tend to turn yellowish in color before flattening and drying out. Scabs are likely to form where the blisters were, and this may lead to slight scarring. In some cases, it can take up to two to four weeks for the shingles rash to heal completely.

Should I Seek Medical Attention?

While shingles symptoms are usually mild, it is recommended that you visit your medical practitioner as soon as possible. By receiving early treatment for shingles, it may help to reduce the severity of the symptoms and prevent any further medical complications from occurring.

It is also strongly recommended that you seek urgent medical treatment if you experience any of the following shingles-related symptoms:

According to the Centers for Disease Control and Prevention, being vaccinated against shingles is the single best way to reduce the risk of contracting the disease.

There are also several antiviral medicines that people with shingles can use to shorten the course of shingles. These medicines include valacyclovir, acyclovir, and famciclovir. However, while these medicines are potentially useful, they only work when taken quickly after the first symptoms of the virus occur.

Many patients use analgesics to relieve pain. Other remedies include calamine lotion, wet compresses, and colloidal oatmeal baths.

When trying to identify the best cannabis strains for shingles, it is essential to bear in mind the symptoms that the virus causes. As cannabis can’t cure the disease, the marijuana strains that may help with shingles can instead be taken to address its symptoms. The following are our recommendations for some strains that may help do just that. 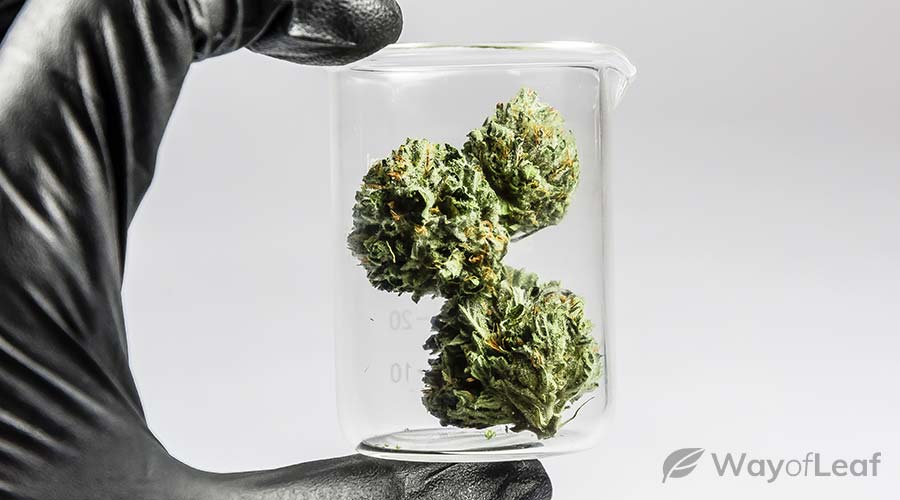 As mentioned above, pain is one of the primary symptoms of shingles. Therefore, when choosing the best strains for shingles, we focussed on ones that medical consumers say help to alleviate pain.

We also recognize that people with shingles are more concerned with addressing the pain that they are feeling, rather than experiencing unwanted intoxicating effects. That is why we chose some strains with a lower THC level, and an equal or higher CBD content (please note that the Granddaddy Purple strain is the only strain on the list with a higher THC than CBD content.)

First on the list is the ACDC strain. This popular strain is purported to have analgesic properties, so it may help to alleviate the pain that a person is experiencing.

The ACDC strain is a high CBD, low THC strain, which in some cases can contain twenty times more CBD than THC. As this evenly-balanced hybrid (50:50) has such a low THC content, medicinal consumers are unlikely to experience a psychoactive high after using it. ACDC’s low THC content is one of the primary reasons for its popularity among medicinal marijuana patients.

Many medicinal consumers say that the Cannatonic strain helps to alleviate pain and reduces inflammation. It may instill a feeling of deep relaxation in its latter stages, so it is best suited to late afternoon or early evening time use.

The Cannatonic strain is another well-balanced hybrid with a 50:50 sativa to indica ratio. Just like the ACDC strain, it contains considerably more CBD than THC. Cannatonic’s THC content typically ranges between 3-6% while its CBD content can be double or almost treble this amount, at 6-17%. For this reason, medical consumers are likely only to experience mild psychoactive effects.

The reason that this strain makes the list is that it also purportedly may have some pain-relieving properties. However, with a higher THC level, consumers are likely to experience some psychoactive effects. According to One to One strain consumers, this strain’s effects are relatively mild, and its high is more uplifting than overwhelming.

One of the Harlequin strain’s main purported health benefits is that it is reportedly useful for alleviating pain.  The Harlequin strain is the only sativa-dominant (75:25) hybrid on this list. Like the ACDC and Cannatonic strains, it contains a higher CBD than THC content. Harlequin strains will generally have a THC level of between 7-10% and a CBD content of 8.5-15%.

This strain’s effects are uplifting and slightly energizing, to begin with, before tapering off and being replaced by a feeling of gentle relaxation. Harlequin consumers say that its psychoactive effects are quite clear-headed, which allows them to continue to function normally. This makes the strain suitable for daytime consumption.

Unlike the next strain on the list, the Harlequin strain is unlikely to make its consumers lethargic or tired.

The Granddaddy Purple strain is the world-famous creation of legendary cannabis breeder, Ken Estes. This heavily indica-dominant strain is considered to be one of the best medicinal strains on the market. Many medicinal consumers recommend this strain for its purported powerful analgesic properties.

On average, the Granddaddy Purple strain contains a THC level of approximately 20%, which makes it entirely unsuitable for novices. Due to its potency, Granddaddy Purple is only recommended for experienced cannabis consumers who are accustomed to high THC strains.

Final Thoughts on the Best Strains for Shingles

It is important to remember that none of these strains are recommended as a treatment for shingles. If a person suspects that they have shingles, then they should seek medical advice.

Some consumers may find these strains useful for alleviating some of the symptoms associated with shingles. However, it is vital to be aware of the strain’s potency and potential to cause adverse reactions, when deciding whether to consume it or not.

10
8 min read
Join the discussion
TOC
Premium
Your subscription has ended
If you love cannabis and want to support our site, join WayofLeaf Premium today and unlock
Best of all, part of your membership fee will go towards supporting the fight to legalize cannabis.
Sign Up for WoL Premium
No thanks, I can't afford it
I already have an account
×
Login in to your premium account