Hypertension is another name for high blood pressure – as you might imagine, it simply means that the blood pressure in your vessels is at a higher level than is healthy. According to the Centers for Disease Control (CDC), as many as 33% of America’s adult population – approximately 75 million people – has hypertension.

DID YOU KNOW | Over 30% of the U.S. adult population suffers from hypertension?

Moreover, only 54% of these individuals have their high blood pressure under control. Today there are a few different methods in which you can control high blood pressure. And as we learn more about the plant and its natural health benefits, it appears that marijuana may be one of them.

Failure to address the issue of hypertension, whether you address it in a conventional way or with the use of marijuana, may increase your risk of stroke, heart disease, and other cardiovascular issues. Even more concerning is the fact that another 33% of American adults have ‘prehypertension’ – a term which means blood pressure is higher than normal, but is not yet in ‘hypertension’ range. All told, around 2-in-3 Americans have high blood pressure.

In this article, we talk about the use of marijuana for hypertension, and how cannabis might be able to help if you have been wanting to steer away from potentially dangerous prescription medications.

In its most basic sense, your blood pressure is basically the force that your blood exerts against your arteries. Your heart forces blood through the arteries that carry the blood throughout your body when it pumps.

During the process, your arteries continue to reduce in size until they become extremely small vessels known as capillaries. At this point, oxygen and nutrients get released by the blood and are delivered to your body’s organs.

There are two types of blood pressure:

If you have healthy and dilated arteries, the blood flows easily which ensures your heart is not forced to work excessively. However, when the arteries are stiff or narrow (clogged up), your blood pressure rises, your heart has to work extra hard, and your arteries get damaged.

How Do I Know I Have Hypertension?

A crazy-sounding instrument called a sphygmomanometer is used to measure your blood pressure. It is measured in millimeters of mercury (mmHg), and when you see the numbers, the Systolic figure comes first.

When you see a blood pressure reading, it will look something like this: 117/77 mm Hg. In this scenario, both your Systolic (117) and Diastolic (77) readings are below the limit, so you have healthy blood pressure.

Here is a simple chart with the remaining four classifications. Remember, you are in a category if either your Systolic or Diastolic figure is in the range.

How Do People End Up With Hypertension?

Although the precise cause isn’t known, most medical experts believe several factors contribute to hypertension including:

DID YOU KNOW: Over 70% of Americans aged 75+ have hypertension?

You could be walking a health tightrope if you have hypertension. According to the CDC, around 360,000 Americans died from a condition related to hypertension in 2013, that’s almost 1,000 people a day. If you have high blood pressure, the risk of suffering from a dangerous health condition increases significantly:

There is an array of medications designed to lower blood pressure. These include:

Doctors also recommend certain lifestyle changes if you are suffering from hypertension. For example, you should:

Medical Research on Marijuana for Hypertension 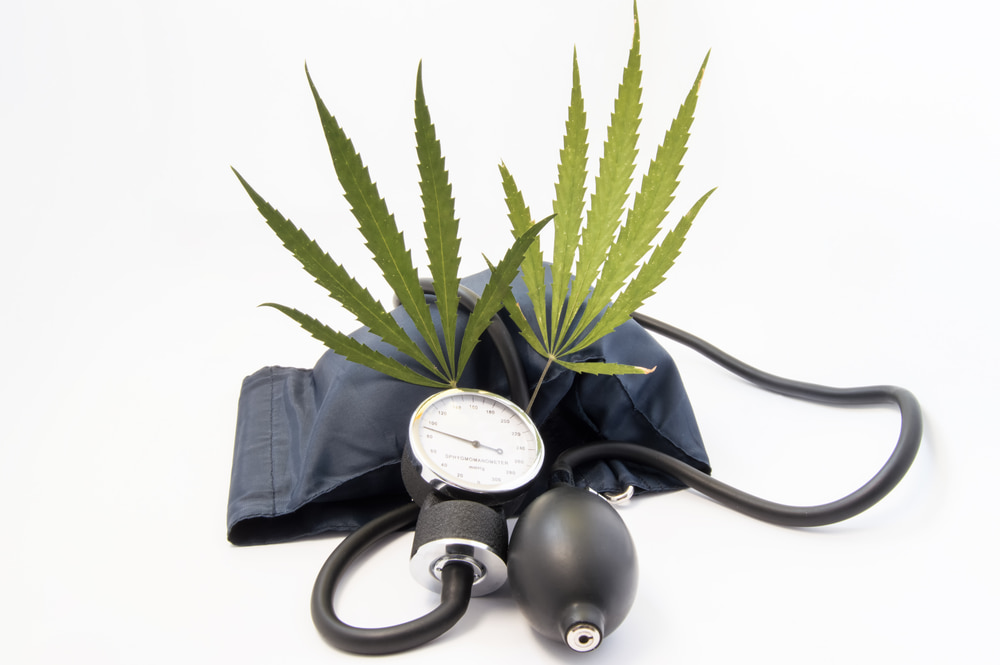 Even by the standards of medical marijuana research, its impact on hypertension is a contentious issue. One on hand, there are studies which suggest marijuana is linked to high blood pressure. Several studies claim that users are more likely to have hypertension than non-users.

However, the problem with the main study used to promote this claim is that it defines a ‘regular user’ as anyone who has ever tried marijuana; even once. Since only 14% of Americans use marijuana regularly, it is hard to take the study seriously.

| In reality, research on humans relating to marijuana and hypertension is in its relative infancy.

There was a study in 2012 that focused on hypertensive rats. They were injected with THC and ended up with reduced blood pressure in comparison to rats that were not injected.

A 1992 study by Mathew et al., measured the vital signs (often indicative of hypertension) among people before and after smoking marijuana. Although there was a decrease in both types of blood pressure, the cannabis used only had a THC of 3%, far lower than most marijuana strains available for hypertension today.

A 2017 study that was published in JCI Insight found that CBD (cannabidiol) reduces systolic blood pressure. However, the sample group was extremely small so far more research is necessary. It seems possible that CBD is a ‘vasodilator.’ This means it enables greater blood flow which of course reduces arterial wall damage and controls or even lowers blood pressure. As such, here are the…

Before you head out to your local dispensary and ask them to hand over the best marijuana strain for hypertension and heart disease, be advised that none of the following strains should be considered a “cure” for the ailment.

Hypertension (or any sort of heart condition for that matter) ultimately comes down to a variety of factors (lifestyle, diet, genetics, age, etc), and the use of cannabis may simply be able to aid with some of the underlying side effects. In other words, do not be under the impression that using marijuana for hypertension will cure your condition.

This marijuana strain is pure indica and gets the name from where it originated; a mountain range that stretches from Pakistan to Afghanistan. It’s THC content is up to 20%, and while it is often used for pain and insomnia, the relaxing effect should take the edge of any stress you feel. 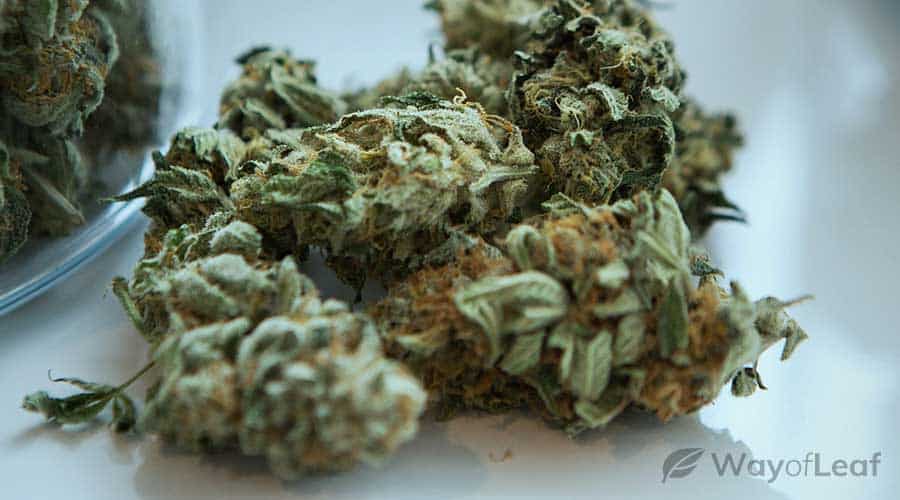 Blue Dream is a sativa dominant option that was the most popular marijuana strain circulating in 2015. It’s THC content is anywhere from 15 to 25%, and while the initial effects seem to occur in the head, users soon find an obvious sense of physical relaxation throughout the body.

This particular marijuana strain is a cross between Black Domina and Gelato #33. It is an extremely powerful strain (THC up to 28%) that is specifically for relaxation so don’t use it before going to work! 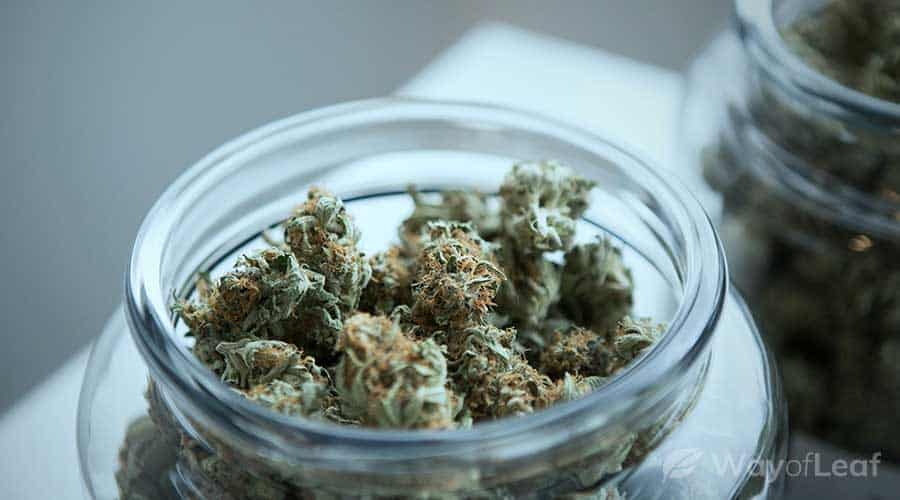 It was originally known as ‘Cush,’ but after Snoop Dogg sampled this intense sativa based marijuana strain, he labeled it ‘Green Crack’ and the name stuck. It possesses a THC content of 16% on average, and while it is often used for depression, it serves as an excellent way to stay relaxed throughout the day. However, it is not ideal for night usage. 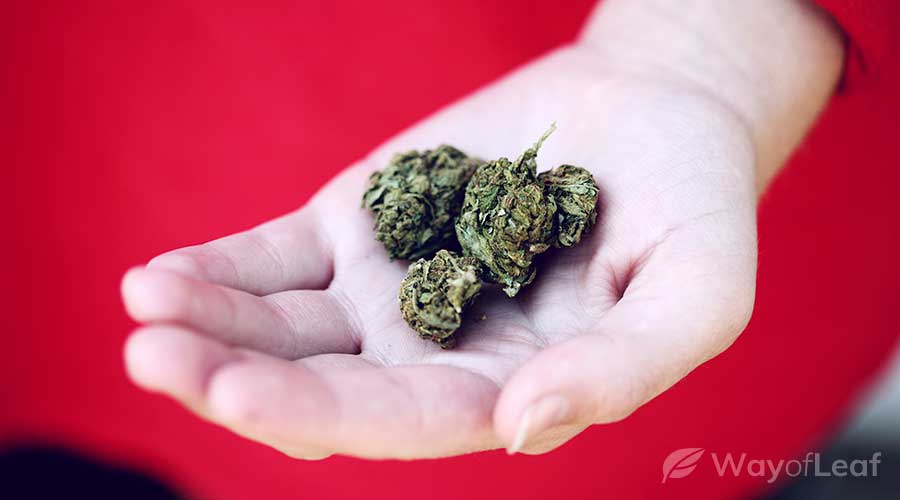 This is a special (and potent) cross between Sour Diesel and Super Silver Haze. It is a sativa dominant marijuana strain with a THC of up to 20%. It is known for boosting creativity, but it is also useful for treating anxiety and stress.

If you’re suffering from hypertension, choose your marijuana strain carefully. Make sure you get regular checkups and tests to see if the strain you choose is helping to bring down your blood pressure levels. Also, be advised that as we mentioned earlier, marijuana should most certainly not be considered a cure for hypertension.

There are numerous factors that go into the onset and development of high (or low) blood pressure, and smoking a little cannabis certainly won’t fix everything all at once. On the contrary, it may only work to help relieve some of the symptoms and side effects of the condition.

If you have any personal firsthand experience using marijuana for hypertension, or know of someone who has used it, be sure to share your thoughts in the comments below! The cannabis community is largely built on anecdotal reports, and the more information we all have, the better.

72
5 min read
Approved
Terpenes for Anxiety: What You Need to Know

A closer look at marijuana terpenes for anxiety

0
3 min read
What Are the Best Marijuana Strains for Shingles?