Medically reviewed by Dr. Mike Bohl
Written by Patrick Lynch, M.A.
5 min read
59 comments
Video
Read Later
All information on this website is for general informational purposes only and is not intended or implied to be a substitute for professional medical advice, diagnosis or treatment.

If you have unusual sensations such as crawling, prickling, or aching in your legs when you sit still or lie down, or find it almost impossible to resist the urge to move them, it’s possible you have Restless Legs Syndrome (RLS).
As well as being common in pregnant women, it is a surprisingly regular problem amongst Americans, with up to 10% of people suffering from the condition.

In this article, we will explore the different treatments available for RLS and discuss how specific marijuana strains could help millions of people worldwide.

What Is Restless Legs Syndrome?

The condition is sometimes known as Willis-Ekbom disease and is a nervous system issue that results in an overwhelming urge to move one’s legs. It typically causes an unpleasant creeping sensation in the calves, thighs, and feet, and the problem is usually at its worst at night. In rare cases, the arms are also affected.

While it is not a serious condition in itself, restless legs syndrome could be a symptom of a larger problem. And doctors will usually conduct testing to see if there are any underlying issues.

In the vast majority of cases, there is no obvious cause for the condition. In these instances, it is known as primary or idiopathic restless legs syndrome, and it can run in families. Some neurologists believe restless legs syndrome could be a result of how the body handles the chemical dopamine.

This chemical acts as a messenger in the brain, and it could potentially be responsible for the involuntary movement of the legs associated with restless legs syndrome.

It is worth noting that in some instances, restless legs syndrome is the result of an underlying health condition such as kidney failure or iron deficiency anemia. Specialists have yet to come up with a satisfactory reason why the condition is so common in pregnant women. However, it usually disappears soon after giving birth.

Get Our Free eBook on How to Relieve Pain Naturally

Millions of people are turning away from prescription drugs and shifting their attention to natural remedies such as cannabis, psychedelics, ketamine, and MDMA. WayofLeaf is dedicated to educating readers about the remarkable pain-relieving remedies of natural alternative therapies. Our free eBook teaches readers how various substances are revolutionizing healthcare – download it now for free using the link below:

What Are The Symptoms of Restless Leg Syndrome?

The severity of the condition varies from mild to completely unbearable. Notably, women suffer from restless legs syndrome twice as often as men.

Those with restless legs syndrome have an 80% chance of also suffering from periodic limb movements in sleep (PLMS). In this particular condition, one’s legs will jerk or twitch uncontrollably. It usually happens at night during sleep, and in many cases, the twitching and movement will cause the person to wake up. The movements are relatively brief, with episodes occurring every 10-60 seconds.

While it may seem like a relatively minor complaint, restless legs syndrome can have serious long-term health consequences if it interferes with sleep. As well as preventing one from operating at full capacity, lack of sleep increases the risk of suffering from other medical conditions such as diabetes, heart disease, and obesity.

A lack of sleep also damages the immune system and makes one more likely to become ill. According to a variety of studies, people who sleep less than seven hours a night gain more weight and are at a greater risk of becoming obese than those who sleep more than seven hours. The above is just the tip of the iceberg. Lack of sleep may result in loss of sex drive, reduced mental capacity, depression, anxiety, and much more.

For individuals who suffer from restless legs syndrome, nighttime can be a miserable experience. They can spend several hours tossing and turning as the unpleasant sensation in their legs takes hold. This issue could happen just once a week, or it can impact sufferers practically every night.

If the condition is part of an underlying medical problem, treating that condition will normally get rid of the issue. Otherwise, the following treatments are regularly used. 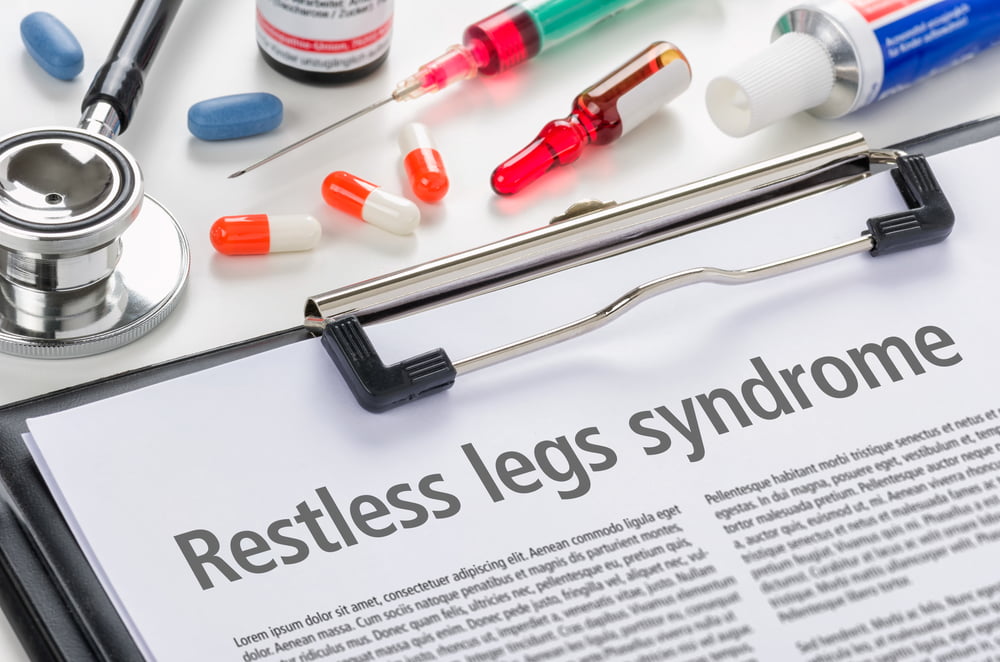 Applying heat and cool packs to the muscles as alternating heat and cold therapy can sometimes alleviate the aches and pains associated with the condition. Another remedy is to massage the lower legs just before bedtime.

Regular exercise such as brisk walks and leg stretches could help. Likewise, scheduling some relaxation time before bed could reduce the symptoms. Options include tai chi, meditation, and yoga.

First and foremost, it’s important to create a sleep schedule and stick to it, which means going to bed and waking up at the same time.

Developing a bedtime routine designed to relax before going to sleep can be helpful. It may also help to read a book, take a bath, and stay away from electronic devices.

It’s important to get a full-spectrum of vitamins because a lack of folic acid, iron, magnesium, and vitamin B12 are associated with restless legs syndrome. For RLS symptoms, one can also try over the counter medication such as naproxen, ibuprofen, or ketoprofen.

Prescription medication such as muscle relaxants can help, but in many cases, they don’t relieve the leg sensations and also cause drowsiness during the day.

Research about the use of marijuana for restless legs syndrome is relatively new, and there isn’t enough volume to draw conclusions just yet. However, the early signs are encouraging. A 2017 study by Megelin and Ghorayeb used CBD on six patients who suffered from restless legs syndrome. Every one of them reported a significant improvement in their sleep quality.

The aforementioned link between restless legs syndrome and dopamine have also been investigated. A 2017 study by Stampanoni et al. on the impact of cannabinoids on Parkinson’s Disease once again showed that the cannabinoids found in marijuana interact with CB1 and CB2, the endocannabinoid system’s cannabinoid receptors, to control the release of dopamine.

If there is indeed a link between dopamine and restless legs syndrome, CBD could potentially be used to regulate its release and bring a halt to the symptoms. 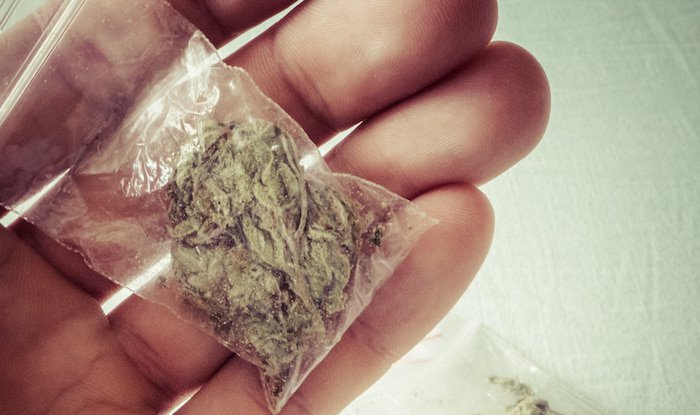 Please note that these haven’t been proven to be the best strains for restless legs syndrome in any studies; they are merely our recommendations. 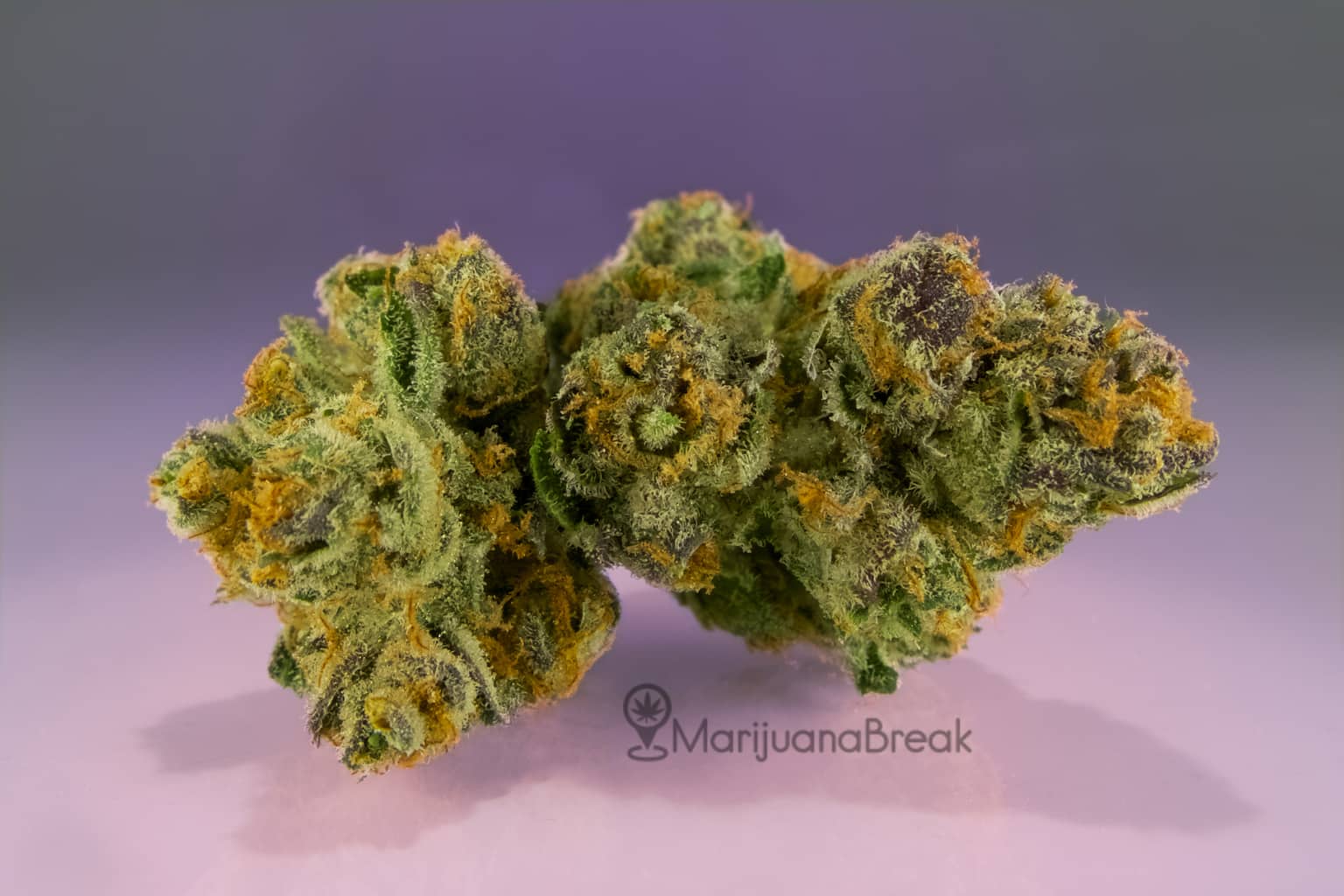 This indica dominant marijuana strain is almost a ‘knockout’, so we don’t recommend taking it during the daytime. However, take Granddaddy Purple before going to sleep, and you’ll find it extremely hard to keep your eyes open. It makes your eyes feel heavy in a hurry, especially if you are already tired. Its THC level is 17-23%, and its CBD level is less than 1%. 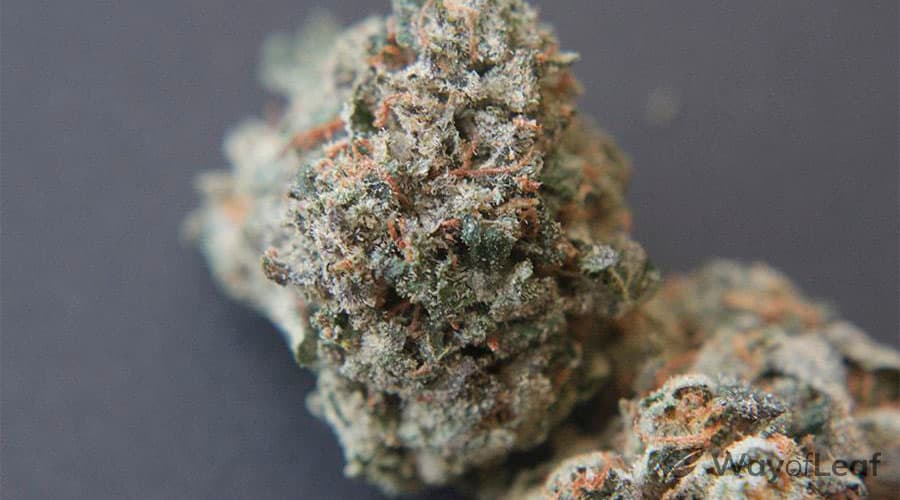 This is a hybrid marijuana strain with 50% indica and 50% sativa. Its THC content ranges between 15-28%, so be prepared for a high. Holy Ghost provides you with a focused high that gives you energy, but overconsumption can lead to ‘couch-lock’ as the physical effects kick in. 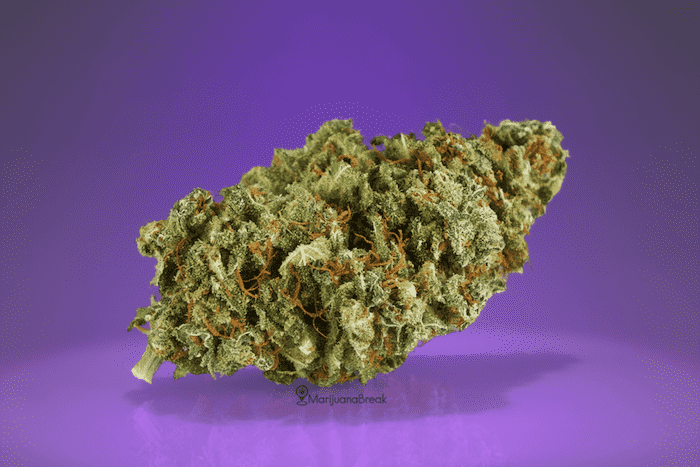 Purple Kush is a pure indica marijuana strain with a THC content of between 22.5-27%. It routinely figures in ‘top 10 most powerful strains in the world’ lists, and it gives users a euphoric head high that is well known for managing pain. The high spreads throughout the body and leaves you feeling sedated.

This is another 50:50 hybrid, and unlike other entries on the list, ACDC cannabis has a relatively low THC content (1-6%) and high CBD content of up to 20%.

It has a strong effect on the whole body but enables you to concentrate at work, so it is worth taking during the day if restless legs syndrome strikes you as you sit down. 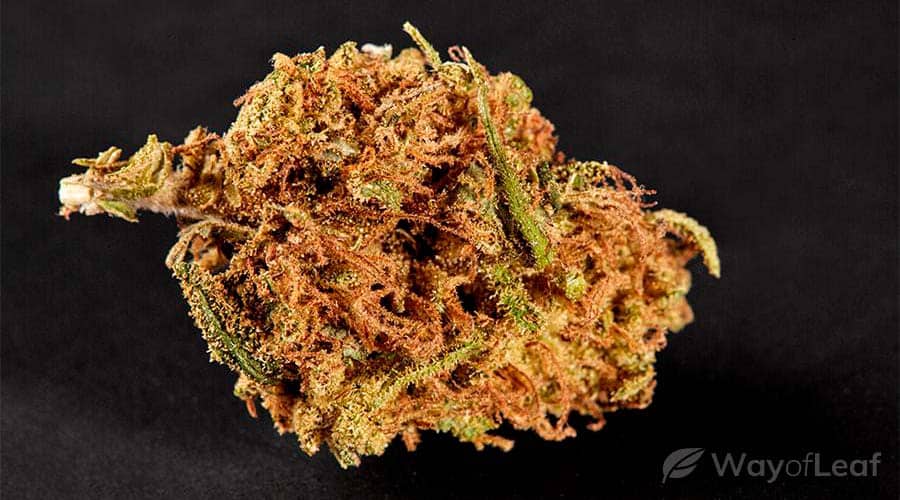 Also known as Afghan OG, this indica marijuana strain contains 21% THC, 6% CBD and 1% CBN. It provides your body with a calming feeling and relaxes the muscles. The impact can last for up to three hours, which is plenty of time for you to get some sleep.

Although research is still in its embryonic phase, there is some evidence to suggest that marijuana may be capable of improving the symptoms of restless legs syndrome. It can help relax the entire body and might help you get some much-needed sleep.

14
3 min read
Join The Discussion
More comments
TOC
Premium
Your subscription has ended
If you love cannabis and want to support our site, join WayofLeaf Premium today and unlock
Best of all, part of your membership fee will go towards supporting the fight to legalize cannabis.
Sign Up for WoL Premium
Not now
I already have an account
×
Log in to Your Premium Account