Medically reviewed by Michael Hart, MD
Written by Editorial Team
7 min read
66 comments
Read Later
All information on this website is for general informational purposes only and is not intended or implied to be a substitute for professional medical advice, diagnosis or treatment.

In the U.S. arthritis is the most common form of disability. Medical cannabis is slowly penetrating the market gaining acknowledgment as an effective medical treatment. But before we explain the benefits of marijuana as a treatment, let’s understand a little bit about arthritis.

Arthritis is so common that it affects 350 million people worldwide and around 40 million people in the States. Out of those, 2.1 million Americans have rheumatoid arthritis which is apparently the most common form of the disease worldwide.

Most people think that arthritis is just about the aches and pains associated with getting older. However, that is far from the truth. Two-thirds of people who suffer are under the age of 65. Also, there are hundreds if not thousands of children worldwide who suffer from some form of arthritis.

Arthritis: What Is This Medical Condition?

Arthritis is a term that describes a group of diseases that affect the joints in our body. Some forms of arthritis will even affect your connective tissues and organs, including your skin.

Those that have arthritis will often experience: 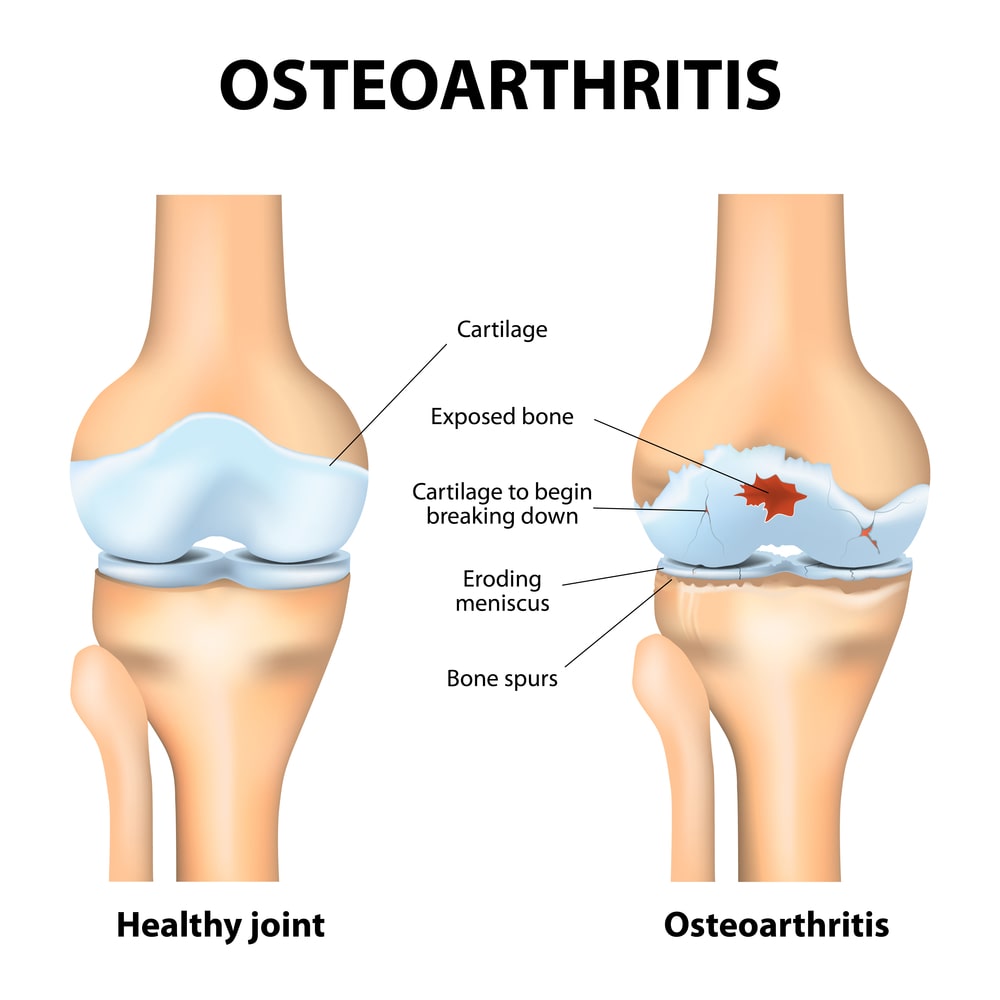 Over time, the cushioning surface on the ends of the bones wears away, causing pain, swelling, and stiffness. As time goes by these pains may become chronic. Aging and excessive weight often cause degenerative arthritis, and it is potentially hereditary. Severe cases of degenerative arthritis may lead to chronic pain resulting in limited mobility and affecting the quality of life. Degenerative arthritis is preventable by staying active and maintaining a healthy diet. 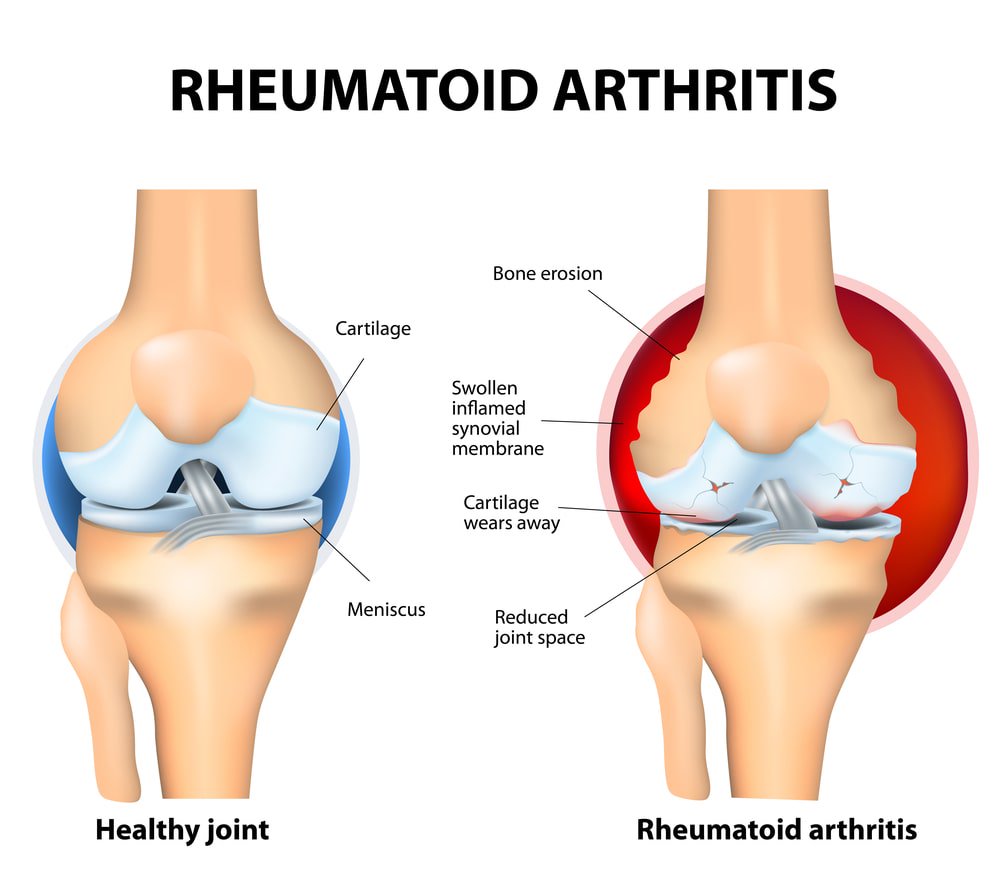 A virus or fungus enters the body and triggers inflammation, resulting in infectious arthritis. Salmonella, Shigella, chlamydia, and hepatitis C are examples of infections that can lead to arthritis.

The high levels of uric acid that humans naturally produce cause metabolic arthritis. Uric acid is formed as the body breaks down purines, a substance found in many foods and human cells. In cases where the body produces high levels of Uric acid, it forms crystals in the joints. The result is joint pain.

What Are the Main Causes of Arthritis?

Most forms of arthritis remain a mystery to most doctors. However, studies have found that the following causes may increase your chances of getting it:

Research suggests that specific forms of arthritis, for example, rheumatoid arthritis, are linked to particular genes.

By default, as you begin to age, your joints start to wear down. It is important to exercise frequently to avoid this.

Those that carry excess weight force their joints and body to work harder than usual. The extra pounds tend to lead to arthritis in the knees.

Although injuries aren’t always in our control, they may cause joint damage that leads to specific forms of arthritis.

Today, there are many forms of Arthritis treatments, including cannabis. Even though most won’t fully heal the condition, they will provide pain relief. Some analgesics include Tylenol, Percocet, and Vicodin. You can also use Over-the-counter non-steroidal anti-inflammatory drugs (NSAIDs) such as Advil, Motrin, or Aleve to reduce pain and inflammation. 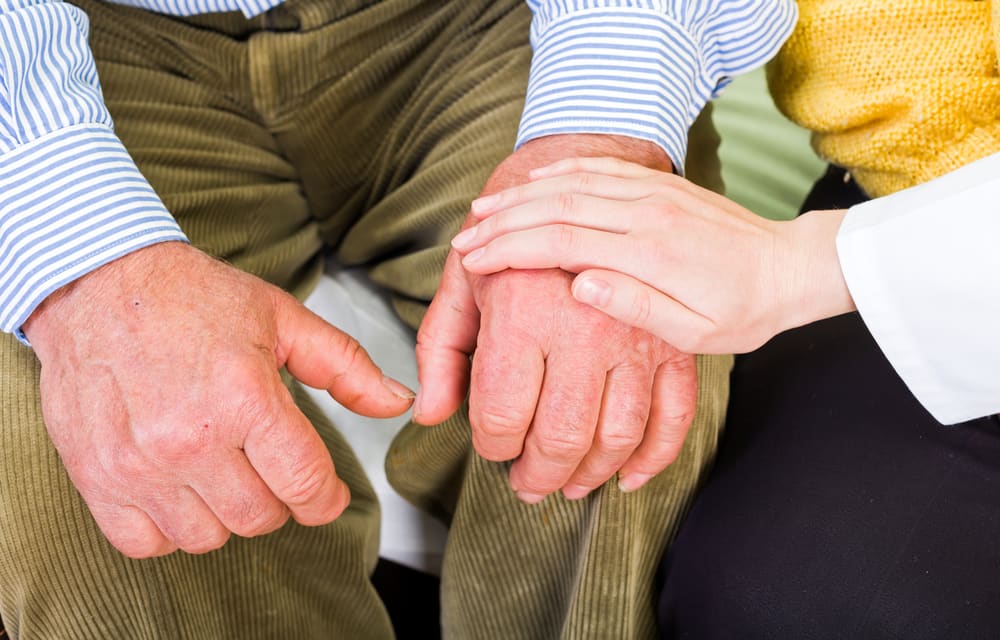 Maintaining a healthy diet and exercising regularly can significantly reduce the risks of getting arthritis. Dietitians often recommend that you eat less sugary foods that only aggravate inflammation.

Arthritis Affects Even the Famous

According to a recent publication by the Telegraph, Oxford University is preparing to launch a £10m research program around the effects of medical marijuana.

Kingsley Capital Partners will fund the program. The firm is expected to help expand the University’s marijuana cannabinoid research in specific medical conditions such as pain, cancer, and inflammatory diseases.

We all know Sir Patrick Stewart, the head of Kingsley Capital Partners, as Professor X. Unlike his fictional character that has superpowers, Stewart has suffered from ortho-arthritis for years. He uses medical cannabis to help his condition.

According to Stewart, cannabis even helps him in such a way that he can now make fists and sleep at night.

Over the last couple of years, marijuana has become a popular form of treatment for arthritis patients. It is especially useful if you want to avoid the potentially awful side effects of using pharmaceutical pain relievers such as prescription opioids and over-the-counter NSAIDs.

It is common knowledge in eastern countries that cannabis can effectively treat arthritis-related pain. However, it is only now that scientific studies around the cannabis plant are beginning to confirm those thoughts. 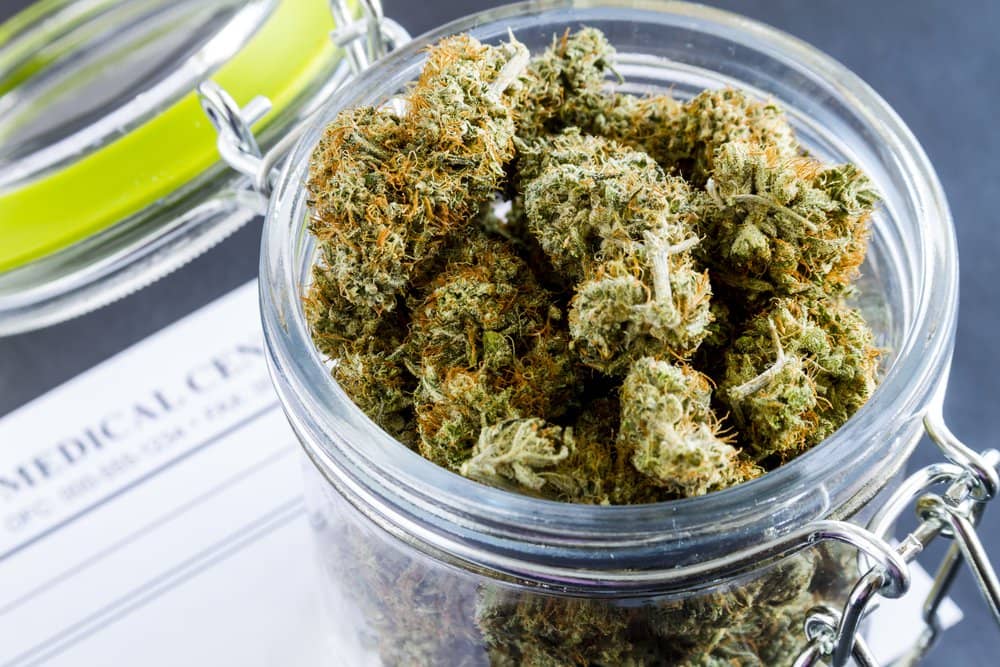 In recent studies, cannabis reduced inflammation and pain in patients with the most common types of arthritis. Thanks to the two major cannabinoids, THC and CBD, patients said their pain eased after using cannabis.

Only a few years ago, researchers from the University of South Carolina discovered that THC could change critical molecules of epigenome. The result is a suppression of inflammation.

There was another relevant study published in the journal Rheumatology by Dr. Sheng-Ming Dai of China’s Second Military Medical University. Researchers discovered that arthritis patients had unusually high levels of CB2 receptors in their joint tissues. This led them to conclude that the use of cannabis had a positive effect in combating inflammation by activating the pathways of CB2 receptors.

There are over 100 different cannabinoids. The two most popular are Delta-9 tetrahydrocannabinol, commonly referred to as THC, and cannabidiol, known as CBD. THC is the primary psychoactive component of cannabis which gives the effect of what recreational users call the “high.”

CBD is a non-intoxicating component of cannabis that acts as a counter ingredient against THC.

CBD is a non-intoxicating component of cannabis that acts as a counter ingredient against THC. It helps reduce the high. What most people don’t realize is that both cannabinoids have healing properties.

THC is a potent anti-inflammatory and pain killer and could assist patients suffering from arthritis. THC is also an antispasmodic, bronchodilator, muscle relaxant, and a powerful neuroprotectant and antioxidant. It has twice the anti-inflammatory power of hydrocortisone and 20 times that of aspirin.

Similar to THC, CBD comes at all levels. It is generally no more than 12% of the cannabinoid content of the cannabis plant. Unlike THC, CBD provides potent therapeutic benefits without the euphoria.

THC and CBD could have a synergistic effect. This means that when they are both present at therapeutic levels in a marijuana strain, they are more effective than when alone. 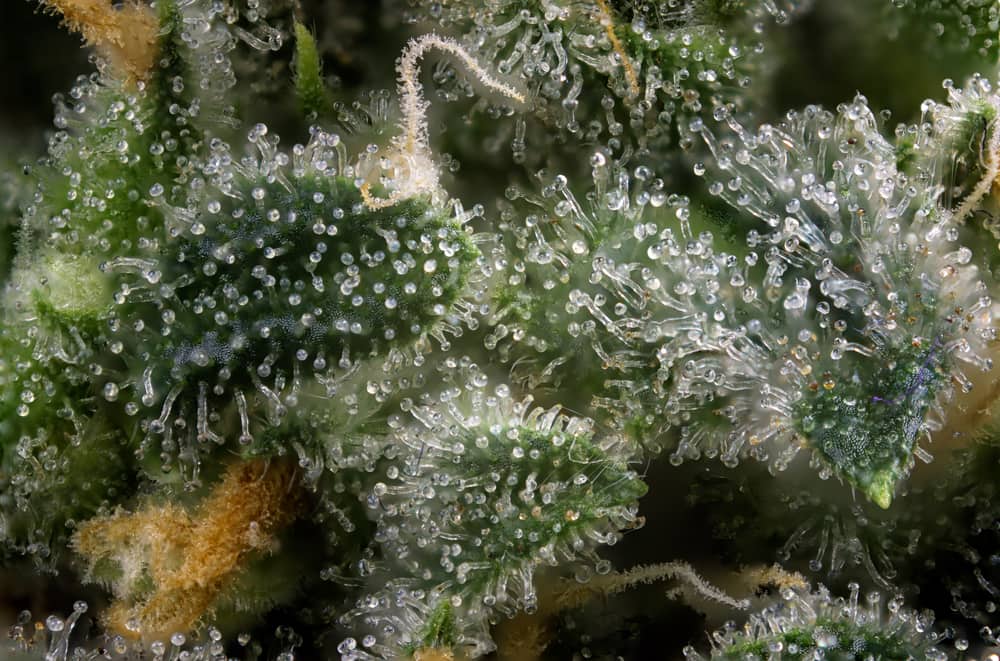 While CBD was once constantly in the shadows, giving THC all the spotlight. It is now slowly coming into the light due to its healing properties. Similar to THC, it has versatile benefits and helps patients who suffer from a variety of conditions. These include:

One of the most amazing aspects of CBD is its combined potent anti-inflammatory, antioxidant, and neuroprotective properties. This means it could assist in the treatment of Alzheimer’s and arthritis. Cannabis is now potentially one of the most effective treatments for these conditions.

So, without further ado, here is our list of best marijuana strains that help patients worldwide combat Arthritis. 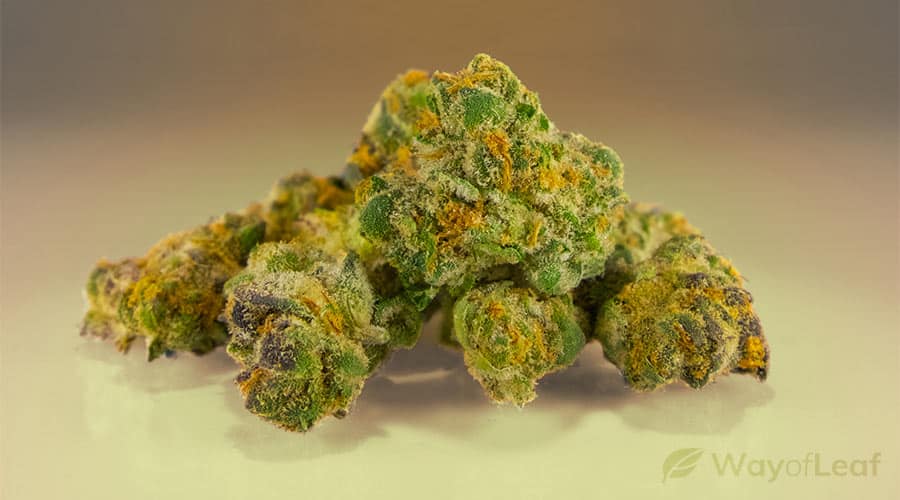 Girl Scout Cookies, aka GSC, is one of the best cannabis strains on the market to treat pain. This fantastic hybrid strain is known for its high THC content that produces powerful, full-body pain relief. 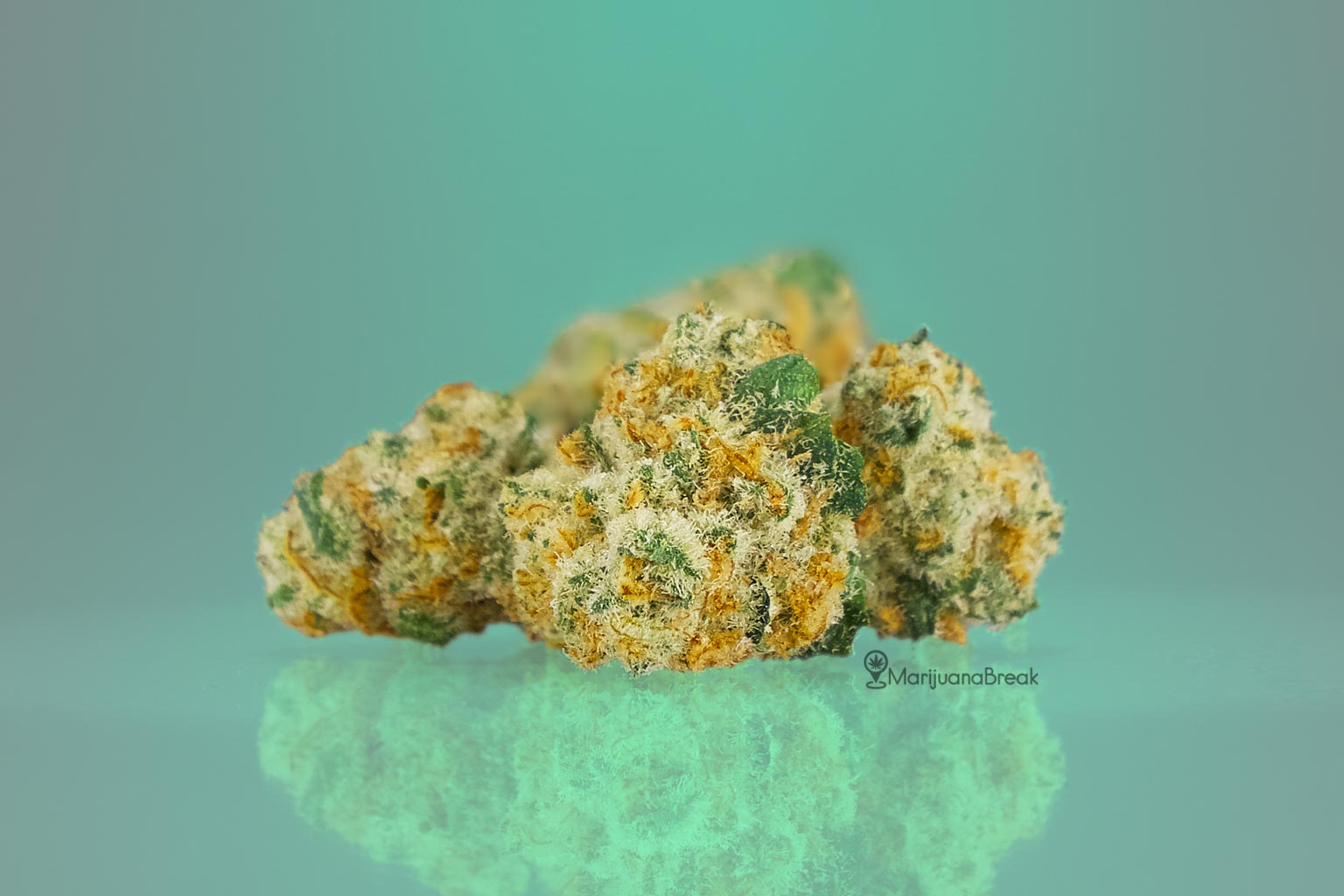 Go into any dispensary and ask about this marijuana strain and you’ll get an immediate response: “This cannabis strain is great to treat pain and inflammation.” Cannatonic has a low THC, high CBD content and produces a mellow high that is typically short-lived. It’s the perfect marijuana strain for pain relief and won’t get you couch-locked.

As the rock band put it, this is the T.N.T. of all strains. It’s the ultimate powerhouse strain that blows the pain away. ACDC is a sativa-dominant strain and originates from Cannatonic. ACDC stands out for its low THC, high CBD ratio providing its patients with immediate pain relief without the high. 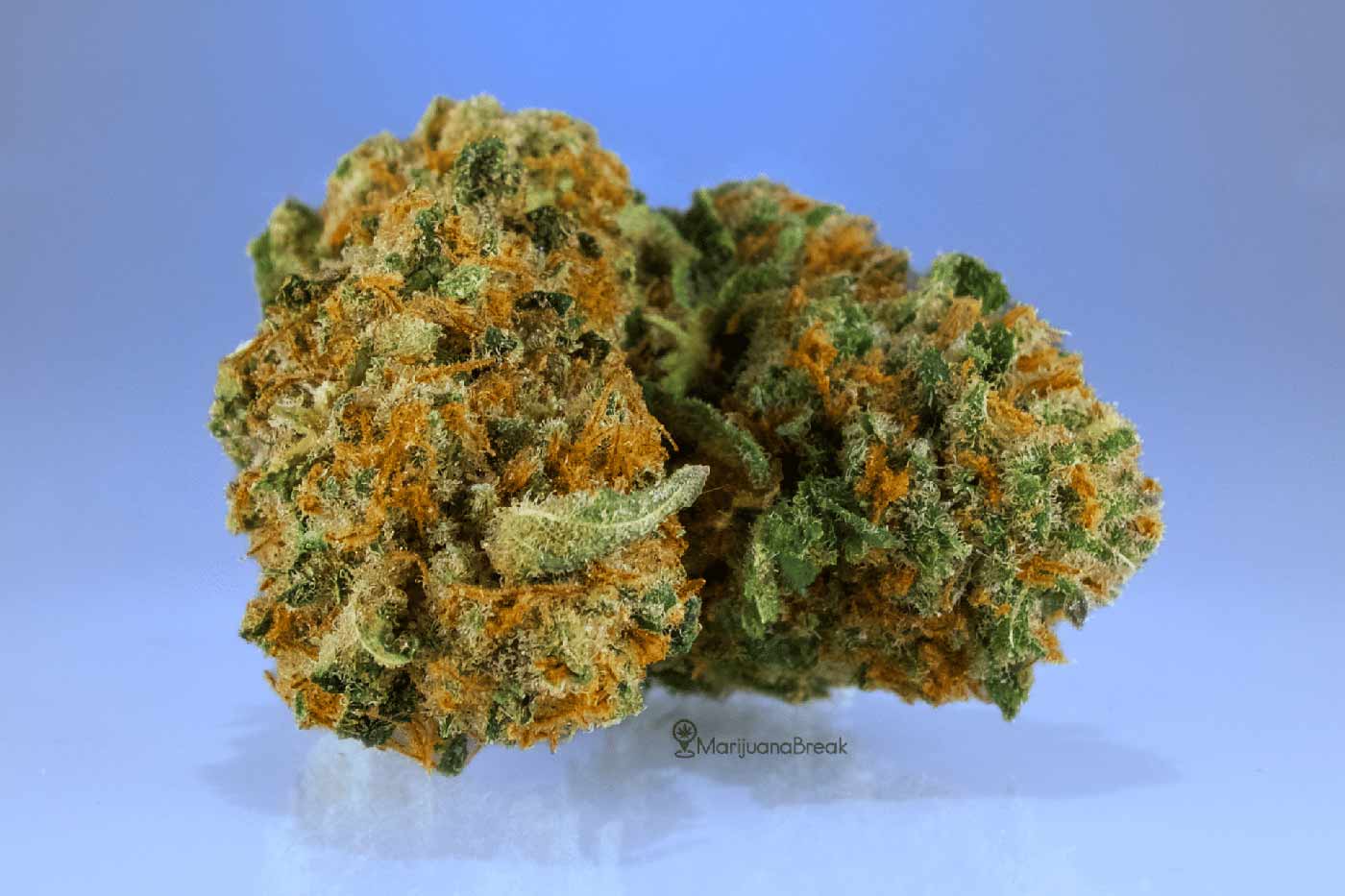 For those of you who need to function during the day and want to avoid a euphoric high, Harlequin is the perfect strain. This Harlequin sativa dominant cannabis strain usually has a 5:2 CBD: THC ratio. This makes it a super effective strain for treating conditions such as arthritis pain. 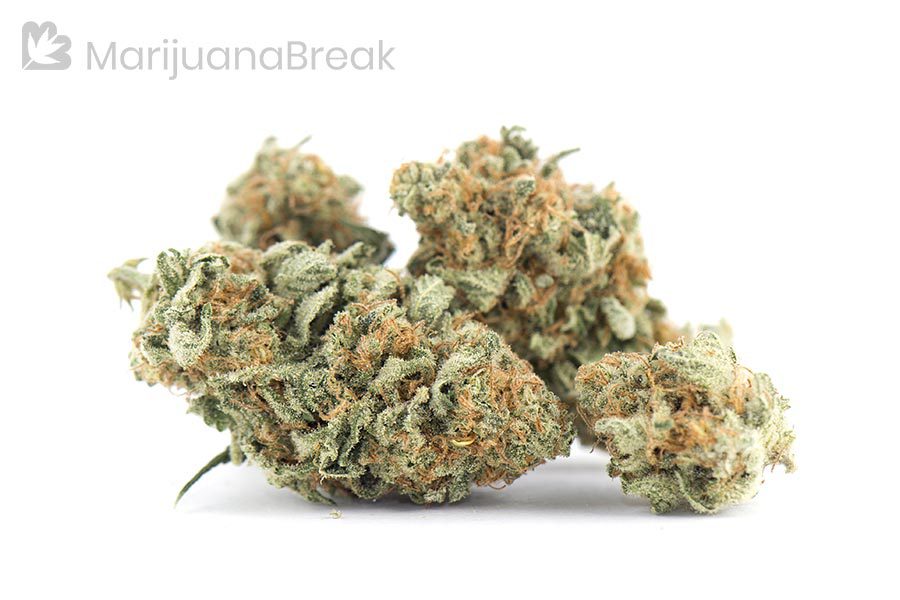 Due to this strain’s magical CBD powers, it is a popular strain used to fight inflammation. Packed with a high CBD, low THC ratio, this strain will keep a clear head. It allows you to focus on other things apart from the pain associated with arthritis.

Recently, we’ve received a ton of emails telling us about the benefits of raw juicing cannabis. Raw cannabis juices contain a horde of antioxidant and anti-inflammatory compounds. By juicing cannabis, you can also benefit from cannabinoid acids and larger doses of vital nutrients.

Final Thoughts About Cannabis as a Treatment for Arthritis

Medical marijuana is only now coming into the light in regards to its therapeutic benefits. We have heard many stories about how it is helping people with their day to day conditions. One of those conditions is arthritis. Share your experience with us by commenting below or tell your story on our Facebook post.

10
8 min read
Join The Discussion
More comments
TOC
Premium
Your subscription has ended
If you love cannabis and want to support our site, join WayofLeaf Premium today and unlock
Best of all, part of your membership fee will go towards supporting the fight to legalize cannabis.
Sign Up for WoL Premium
Not now
I already have an account
×
Log in to Your Premium Account