Can Cannabis Can Help an Upset Stomach?

The use of medicinal cannabis to treat nausea since then has by no means been limited to the treatment of CINV. A read-through of a set of guidance documents released by the Australian Department of Health in 2017 gives you an idea of some of the conditions which cause nausea and vomiting that medicinal marijuana can be used to treat.

Here are some of the conditions contained in the guidance documents, entitled Guidance for the use of medicinal cannabis for the prevention or management of nausea and vomiting in Australia:

These are just some of the conditions that medicinal cannabis is used for. As well as for treating nausea and vomiting, people have been using cannabis to treat a wide range of health conditions, including painful conditions such as arthritis and lower back pain, mood disorders such as depression, reducing stress, as well as many others.

There is also widespread anecdotal evidence for the efficacy of certain cannabis strains at alleviating nausea. Some of the most popular strains out there which are used to treat nausea were included in an article – 5 Best Cannabis Strains to Treat Nausea [Definitive Guide] – which we featured on wayofleaf.com back in February of this year. The top 5 cannabis strains to treat nausea were listed as:

While there is widespread anecdotal evidence in favor of the claim that cannabis can help to alleviate nausea, what does the research say, and how is cannabis used to treat conditions like CINV in the clinical setting?

CINV is an abbreviation for chemotherapy-induced nausea and vomiting. The onset of CINV is rapid, and the symptoms are extremely severe. These symptoms usually occur between six to twenty-four hours following chemotherapy treatment. While traditional antiemetic medications are used primarily to relieve the symptoms of CINV, when these are unsuccessful, synthetic-cannabinoid-based medications are often used.

Dexamethasone, which in fact is an anti-inflammatory medication, is the drug that is most commonly prescribed to treat CINV. It is often used in combination with serotonin-receptor agonists 5-HT3, including ondansetron, palonosetron, and aprepitant. Other traditional drugs like antihistamines, antidepressants, and anticonvulsants have all been tried in the treatment of CINV.

Both dronabinol and nabilone are usually taken one to three hours prior to chemotherapy treatment commencing. The typical prescription for dronabinol is 5mg taken three to four times daily, while 1-2mg of nabilone to be taken twice daily, is usually prescribed.

Dronabinol is sold under the brand name Marinol by the drug company Banner Pharmacaps, while nabilone is more commonly known by its brand name Cesamet, which is manufactured by Valeant Pharmaceuticals International. Both of these synthetic cannabinoids used to treat CINV are available in oral form and inhaled solutions.

How do Synthetic Cannabinoids Prevent Nausea?

Both dronabinol and nabilone block the binding of serotonin and dopamine, which are both associated with CINV, at receptor sites in the body. The regulation of nausea and emesis (vomiting) is controlled by a part of the brainstem called the dorsal vagal complex (DVC). The DVC and the gastrointestinal tract have endocannabinoid receptors, and these receptors are known to exhibit anti-emetic responses when activated by delta-9 THC.

How Effective are Synthetic Cannabinoids at Treating CINV?

Both dronabinol and nabilone were approved by the Food and Drug Administration (FDA) in 1985. Of thirty-nine clinical trials that were conducted between 1975-1996 to determine the efficacy of both dronabinol and nabilone as treatments for CINV, sixteen specifically studied the effects of dronabinol, while thirteen looked at the effects of nabilone. The results from these thirty-nine clinical trials, which involved 1366 patients, showed that the synthetic cannabinoids “alleviated CINV more effectively” than placebos and the control drug (metoclopramide) used in all trials.

A systematic review of 30 clinical trials conducted since the approval of both dronabinol and nabilone by the FDA found that these synthetic cannabinoids are “superior to traditional dopamine receptor agonist medications for CINV.”

While patients reported additional positive effects relating to their mood, such as experiencing a feeling of euphoria, some experienced negative side effects after taking synthetic-cannabinoid-based medications. Some of the adverse reactions experienced included depression, hallucinations, and heightened paranoia, as well as drowsiness and lower blood pressure. These side effects were so severe in some cases that it led to some patients dropping out of the clinical trial studies.

Some clinical studies have looked at how effective a combination of synthetic cannabinoids, such as dronabinol and nabilone, are at treating the symptoms of CINV when combined with traditional medications like dexamethasone. While these studies show a “dramatic reduction in emesis” (vomiting), some of the negative side effects associated with the synthetic cannabinoids are still present, “albeit less severe than in previous studies.”

Is Natural Cannabis Effective at Treating CINV and Other Forms of Nausea?

We have looked at some of the research into the efficacy of synthetic cannabis in the treatment of CINV, so how does natural cannabis compare? Well, as of April 2017, the National Cancer Institute reported that only ten studies had been conducted which looked at the effects of inhaled cannabis for the treatment of CINV. Of course, this very small number of studies makes reading too much into their findings unwise, to say the least.

Related Article: Cannabis Facts | The Difference Between THC and CBD

To date, there have been no human studies carried out to examine the effectiveness of the phytocannabinoid cannabidiol (CBD) at treating nausea. However, there have been several animal studies conducted looking at the antiemetic qualities of CBD.

The results from these animal studies have been very positive and have shown that CBD is effective at reducing specific types of nausea in animals. Interestingly, neither rats nor mice are physically capable of vomiting, but both exhibit what is known as a gaping response when nauseated.

Research carried out in 2012 by E.M. Rock and colleagues, and later published in the British Journal of Pharmacology, found that CBD was effective at treating nicotine-induced nausea in rats. Of even greater importance was the finding from E.M. Rock and colleagues’ study, that CBD alleviated nausea by indirectly activating the somatodendritic 5-HT1A autoreceptors in the dorsal raphe nucleus of the brainstem.

Another animal study, carried out by Parker and colleagues in September 2010, found that low doses of CBD were effective at treating several types of induced vomiting and anticipatory vomiting. 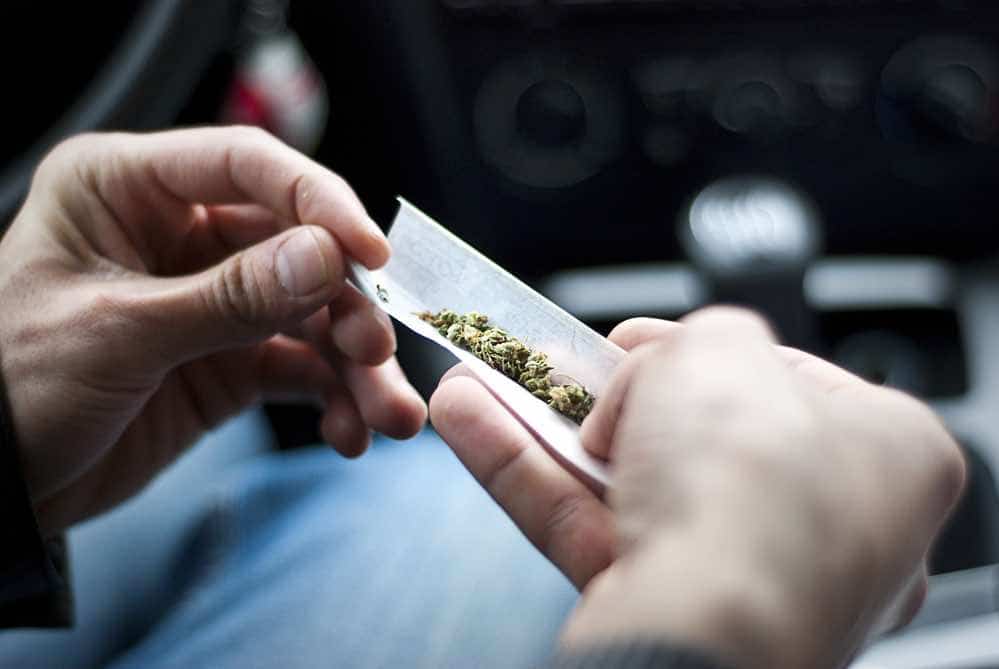 As already mentioned in this article, the dorsal vagal complex and the gastrointestinal tract have endocannabinoid receptors, and these receptors are known to exhibit anti-emetic responses when activated by delta-9 THC. In one study, however, it was found that delta-8-THC, which is a cannabinoid “with lower psychotropic potency” than delta-9-THC (the main psychoactive phytocannabinoid found in the cannabis plant), was also effective at completely preventing vomiting in children with hematologic cancers who were receiving antineoplastic treatment.

Even though the use of the two main synthetic cannabinoids, dronabinol, and nabilone, was made legal by the FDA almost three and a half decades ago, their use in the treatment of CINV is still considered controversial. The fact that the use of cannabis still remains illegal at the federal level undoubtedly has influenced attitudes towards its use for medicinal purposes.

A significant issue standing in the way of widespread acceptance of the use of synthetic cannabinoids appears to be the relatively small number of clinical trials looking into their efficacy at treating CINV, both individually and in combination with traditional medications.

Another factor, which is of genuine concern, is that these synthetic cannabinoids also have significant side effects. These include depression, hallucinations, and paranoia. In some cases, these side effects have been so severe that participants ceased using them and also dropped out of clinical trials in the past. This obviously poses a significant challenge to the widespread adoption of synthetic-cannabis-based-drugs for the treatment of CINV in the future.

Two parts of the cannabis plant that are inseparable.

Let's stick to the real thing...