Sativex is an FDA-approved cannabis-derived medicine which is used in the treatment of spasticity caused by multiple sclerosis (MS). It contains the cannabinoids ∆-9-tetrahydrocannabinol (THC) and cannabidiol (CBD). Sativex is potentially beneficial for patients who live in regions where marijuana is not yet legal or available.

Let’s take a closer look at cannabis-derived Sativex and how it works.

What Is Cannabis-Derived Sativex?

Sativex is a medicine developed by a British group called GW Pharmaceuticals. It is a company with a penchant for cannabis-based drugs. It also developed Epidiolex, a CBD product designed to treat seizures due to rare childhood epilepsies such as Lennox-Gastaut syndrome and Dravet syndrome.

The drug is licensed to treat MS-related spasticity in at least 28 countries around the world. Researchers have also investigated it for other conditions, including cancer-related pain.

It comes as an oromucosal spray, which is applied to the inside of the mouth and contains a cannabis extract known as Nabiximols. Nabiximols is made up of cannabinoids equivalent to 27mg THC and 25mg CBD per milliliter. The spray also contains ethanol, propylene glycol, and peppermint oil.

When using Sativex for the first time, the dose is gradually increased over two weeks. One spray is used on day 1. By day 14, patients can increase the dosage to a maximum of 12 sprays each day. However, users are advised to use the minimum dosage required to obtain relief. Leave a minimum of 15 minutes between sprays.

The manufacturers advise that the following groups of patients use Sativex with caution:

Furthermore, Sativex should not be used by patients who are:

Sativex can also interact with other drugs. Anybody taking other prescribed or over-the-counter medications should inform their physician before using Sativex for the first time.

Like all medicines, Sativex comes with a long list of potential side effects. However, these will not necessarily affect everyone who uses it. Sativex may cause any of the following side effects, which are listed from most to least common:

Patients can reduce the risk of adverse effects such as mouth irritation by spraying Sativex in a different area each time.

Researchers were looking into Sativex for MS symptoms as far back as 2005. One study of 368 patients found that the spray significantly reduced symptoms such as neuropathy, spasticity, muscle spasm, and sleep disturbances. The most commonly reported adverse effects included dizziness, drowsiness, fatigue, intoxication, and a bad taste in the mouth.

The drug has also been investigated for its effects on cancer-related pain, although the results are somewhat inconclusive. A study published in the British Journal of Pain in 2017 also tried to determine Sativex’s effectiveness for pain in cancer patients. However, the drug did not meet the standards of analgesic efficacy outlined by the researchers.

A study published in BMC Neurology in September 2019 looked at the real-world experience of patients with ALS in the treatment of spasticity using Sativex. The study involved 44 ALS patients in Germany.  The mean dose of Sativex was 5.5 doses a day, though it ranged from 1 to 20 depending on the patient.

While there was an overall positive recommendation of Sativex to reduce spasticity associated with ALS, 40% of patients discontinued treatment within the observation period.

Finally, in February 2019, the charity Alzheimer’s Research UK announced that it was dedicating £300,000 into researching whether Sativex could benefit patients with Alzheimer’s disease and dementia.

Why Does Cannabis-Derived Sativex Work?

Sativex works for MS-related spasticity as it contains cannabinoids, compounds that can influence the body’s endocannabinoid system (ECS). The ECS is comprised of chemicals called endocannabinoids and the cell receptors to which they bind. These receptors are called CB1 and CB2 receptors. They are found throughout the central nervous system as well as in peripheral cells.

The ECS is presumed to play a role in the development of conditions like MS. The exact cause of MS is unknown. However, researchers believe it is possibly a combination of genetic and environmental factors. What we do know about MS is that it’s an autoimmune disorder. This means the immune system fails to recognize the body’s cells and subsequently attacks them.

Could CBD offer some much-need…

In the case of MS, the immune system attacks nerve cells, specifically those of the central nervous system, which are covered by a substance known as the myelin sheath. This is a membrane that wraps around the long tail (axon) of a nerve cell. It acts as a kind of electrical insulation. This allows nerve impulses to ‘jump’ between gaps in the myelin sheath and speed up the rate at which they are transmitted.

When the immune system attacks the myelin sheath as it does in MS, the membrane is damaged to form areas of inflammation known as ‘plaques.’ These plaques prevent nerve signals from being transmitted as they should. This is what causes many of the symptoms of MS.

Another function of endocannabinoids in the body is the regulation of neurotransmitters and how nerve impulses are conveyed from one cell to the next. This means that they play an essential role in the management of pain and other sensory changes.

So, Sativex works by mimicking the body’s natural ECS. It contains cannabis-derived cannabinoids, which have a similar molecular structure to endocannabinoids. Therefore, Sativex produces many of the same effects.

What you may be wondering is whether Sativex has any distinct advantages over regular marijuana. Let’s take a look.

The most apparent advantage of Sativex over medical marijuana is legality. In the UK, for example, Sativex has been legal for several years. In contrast, medical marijuana was only approved in late 2018. Cannabis is still highly stigmatized in the UK and is challenging to get hold of legally. It doesn’t seem as if the situation is about to change.

The American FDA approved Sativex in 2018, but there seems little chance of it doing the same for cannabis, or any cannabinoids, in the near future. 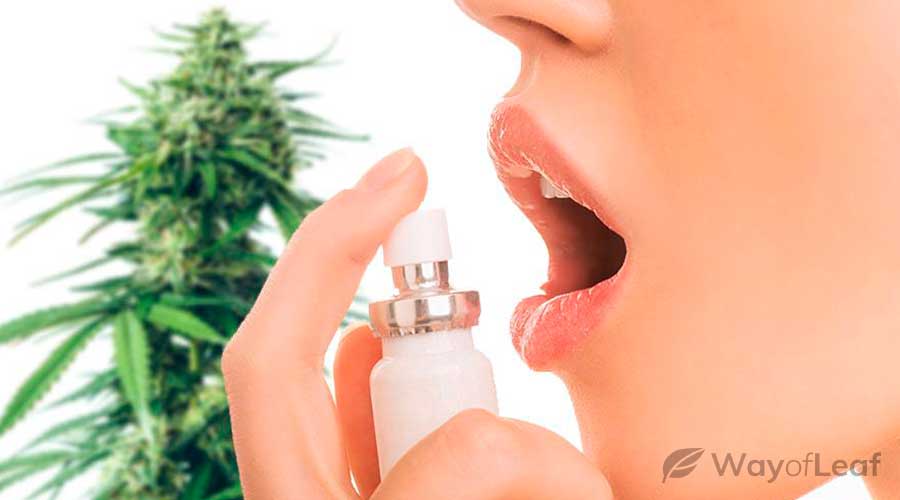 Another advantage of Sativex is that it’s potentially easier to control your dosage than when you use marijuana flower. Let’s say you purchase medical marijuana legally and know precisely how much THC and CBD it contains. Even in this situation, it is challenging to take an accurate dose each time. This issue is avoided when you use Sativex as you get a fixed quantity of cannabinoids with every spray.

Finally, Sativex contains a 1:1 ratio of THC and CBD. This is more difficult to achieve when using marijuana. Most strains are bred to be high in either THC or CBD. However, some strains claim a 1:1 ratio, including Pennywise and Cannatonic.

In What Ways Is Medical Cannabis Better Than Sativex?

Although Sativex has several advantages over medical cannabis, using the herb in its natural form may have some additional benefits too. There is far more to marijuana than just THC and CBD. It also contains other cannabinoids, terpenes, and flavonoids, all of which have unique effects on human health.

There is even the widely-held belief that all of these active compounds work more effectively when used together than in isolation.

This phenomenon is known as the ‘entourage effect.’ The entourage effect may also minimize side effects when using cannabis as opposed to Sativex. Of course, adverse effects remain a problem for some people.

Also, there are many different ways to use medical marijuana. These include smoking, vaping, tinctures, edibles, concentrates, and more. This increased versatility means that it is easy to find an administration method that suits you. In contrast, Sativex is only available as a spray.

In the end, whether you choose Sativex or marijuana is a matter of personal choice as both have distinct advantages and disadvantages. However, if you are unlucky enough to live in a region where cannabis is not yet legal medicinally or is not readily available, Sativex is potentially your only choice.

What Is Cannabis-Derived Sativex, and Why Does It Work? Final Thoughts

Whenever an herb is found to have beneficial properties, it doesn’t take long before a pharmaceutical company decides to take advantage. GW Pharmaceuticals has done just that with Sativex, taking one of nature’s oldest medicines and making it their own.

While some may consider the commercialization of herbal remedies a bad thing, it is essential to keep an open mind. For MS patients who do not have access to medical marijuana, Sativex could provide a much-needed lifeline when it comes to managing symptoms such as spasticity, without breaking the law.

5 Conditions That Cannabis Could Treat Instead of Pills

2
8 min read
Join the discussion
TOC
Premium
Your subscription has ended
If you love cannabis and appreciate our content, join WayofLeaf Premium today and receive:
Best of all, part of your membership fee will go towards helping to legalize cannabis.
Go Wayofleaf Premium
No thanks, I can't afford it
I already have an account
×
Login in to your premium account