Marijuana Withdrawal: Busting all the Myths

There’s little question that attitudes towards the cannabis plant are changing. According to a recent Gallup Poll, almost 70% of people favor legalization in the United States. Over two-thirds of American states have legalized medical marijuana. The plant is fully legal in Uruguay and Canada.

However, while cannabis has many potential medical benefits, its growing popularity leads to further misconceptions. One is that marijuana isn’t addictive. In reality, it IS possible to develop a dependence on the substance. Those who regularly use it and try to stop may experience Cannabis Withdrawal Syndrome (CWS). This article outlines the symptoms and how you can get help.

How Likely Is Marijuana Addiction?

According to the Centers for Disease Control and Prevention (CDC), approximately 10% of cannabis users become addicted. This percentage rises to 16% if you begin using it before the age of 18.

Unfortunately, addiction to legal and illegal drugs is a major problem in the United States and worldwide. SAMSHA research from 2017 showed that 38% of adults in the U.S. battled an illicit drug use disorder. Remarkably, 74% of adults with a substance use disorder had an alcohol use disorder.

Cannabis is less addictive than legal substances like alcohol, nicotine, and caffeine. It is also far less likely to lead to addiction than illegal drugs like heroin and cocaine. The idea that it is a ‘Gateway Drug’ was debunked long ago.

There are anti-cannabis websites that claim up to 30% of cannabis users develop an addiction. This flies in the face of all evidence to date. A 2007 study published in Addiction Science & Clinical Practice claimed that 9% of people who try marijuana develop a dependence. This compares to 15% of cocaine users and 24% of heroin users. 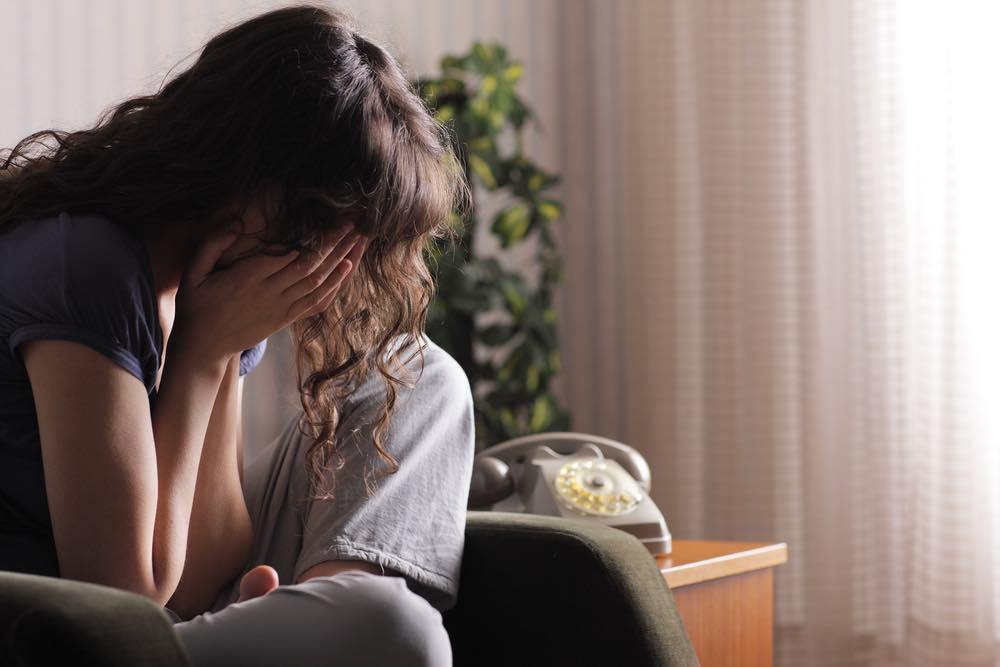 However, only 4.3% of Americans become addicted, as defined by the American Psychiatric Association’s Diagnostic and Statistical Manual of Mental Disorders.

Even the data which claims that 16% of teenage users become addicted is likely a case of massaging the numbers. Research from the Drug Policy Alliance says that only 2.8% of cannabis users aged 12-17 entered treatment for it in 2010.

Regardless of whether the data is tampered with, we can’t ignore the fact that you CAN become addicted to marijuana.

It is also a fact that you could suffer cannabis withdrawal symptoms. You don’t necessarily have to be a regular user for it to happen. However, it is rare for someone who uses cannabis occasionally, or even a large amount for a short period, to experience withdrawal symptoms.

What Cannabis Withdrawal Symptoms Can I Expect?

One of the most common CWS symptoms is insomnia. Individuals could find it extremely difficult to sleep, which leads to frustration and fatigue. Other possible symptoms include:

These symptoms can range from mild to severe and vary according to the individual.

The effects of CWS are generally nowhere near as severe as tobacco, opioid, or alcohol withdrawal. According to many users, the experience relates more closely to caffeine withdrawal.

Even so, the side effects are potentially enough to promote the continued use of the substance. There is also a suggestion that women suffer more severe withdrawal symptoms, but more research is needed.

The psychological and physical symptoms occur because the body is adjusting to not having a regular THC supply. This cannabinoid is the main reason why you feel an intoxicating high. Frequent users find that their brain and body get used to a steady flow of THC. It takes a while for the body to adjust once someone stops using cannabis.

Many researchers now believe that consistent marijuana intake desensitizes CB1 receptors. Using a lot of THC at a heavy rate changes the brain’s functioning. Users can expect CWS to begin within a couple of days of when they stop using cannabis. In general, the body gets used to the change in 2-4 weeks, which is when the symptoms cease.

Here’s a rough timeline of what will happen if you have cannabis withdrawal symptoms. Please note that everyone is different, so the following won’t necessarily happen to everyone. It is a general overview:

The severity tends to increase amongst those who use large amounts often.

A study published in Experimental and Clinical Psychopharmacology in 2017 revealed that around 300,000 Americans seek treatment for a cannabis use disorder. One option is to call the SAMSHA National Helpline at 1-800-662-HELP. It is also possible to speak with a doctor at a local health clinic about cannabis withdrawal.

According to NIH data, the average adult who looks for help to treat cannabis use disorder has used the substance almost every day for a decade. They have also attempted to quit at least six times on average.

Here are a few ways to try and cope with CWS.

There is evidence that consuming alternative cannabinoids could help reduce cannabis dependence.

A study published in Drug and Alcohol Dependency in 2016 involved using Sativex on patients with CWS symptoms. Sativex is a pharmaceutical drug that contains a THC to CBD ratio of 1:1.

Overall, the patients tolerated high fixed doses of Sativex (up to 108mg of THC and 100mg of CBD) well. Those who used the drug experienced a significant reduction in cannabis withdrawal symptoms compared to those who used the placebo. However, they did NOT experience reduced cravings.

Related article
CBD Oil for Cannabis Use Disorder [Does It Work?]

Is CBD the answer?…

The patients also said they experienced a much lower high from using Sativex than under normal cannabis smoking conditions. Therefore, one could reduce CWS symptoms by substituting Sativex for cannabis and tapering the dosage over 2-4 weeks.

Another option is to visit a detoxification center. These are short-term programs designed to help people get through the difficult initial phase. Medical professionals assist individuals as they try to battle through their CWS symptoms.

There are inpatient rehabilitation centers that provide a longer-term approach. They can help patients get through the entire CWS process, which can last up to a month. In such locations, experts help people to stop using cannabis (and other drugs). They also seek to address any underlying issues that lead to drug use in the first place.

Inpatient rehabilitation centers can help patients get through the entire CWS process.

Outpatient rehab programs involve meeting a substance abuse expert weekly. It is a form of therapy, and individuals are free to come and go as they please. There are also several other therapy forms, including support groups where you discuss your cannabis use with fellow users.

Cannabis Withdrawal Syndrome – Other Tips to Help You Cope

Side effects from alcohol, opioid, and illicit drug withdrawal are potentially life-threatening. Symptoms from CWS are far less severe but are still uncomfortable enough to dissuade someone from quitting cannabis use.

Individuals who regularly use cannabis may find it easier to wean themselves off the substance first. Casual users will often find that quitting cannabis usage doesn’t lead to any withdrawal symptoms.

Frequent users who try to quit using cannabis should give their bodies and minds special attention during the first 7-10 days. At this point, the symptoms will be at their most severe. Do the following to potentially reduce their severity:

The greater acceptance of marijuana doesn’t mean we should remain blind to the risks. Although it is less likely to cause addiction than many other legal and illegal substances, users can develop a dependence on the substance. Regular users may find that when they try to quit, they experience cannabis withdrawal syndrome.

If you’re a frequent cannabis user and want to quit, make sure you’re physically and mentally prepared.

The symptoms can range from mild to severe and are usually unpleasant enough to make people think twice about quitting. In general, CWS symptoms are at their worst during the first ten days.

If you’re a frequent cannabis user and want to quit, make sure you’re physically and mentally prepared for what’s to come. Get the support of friends and family, exercise, and avoid unhealthy foods and beverages. Developing healthy habits can potentially reduce the level of discomfort you feel as your body gets used to not having a steady THC supply.

If you smoke on a daily basis,…

Indica, Sativa, Hybrids [What You Need to Know]

Learn which type of strain is best for what

How to Determine if Your Weed is Good

The good, the bad and the ugly