We explore how traditional Chinese medicine views the side effects of cannabis.

Before we get started, we want to make one thing clear. We would never condemn marijuana use; however, it is vital to know its risks as well as its potential benefits.

Undoubtedly, cannabis provides relief for many people with debilitating medical conditions. However, the safety of long-term cannabis use is not fully understood.

This article will discuss the potential side effects and long-term risks of cannabis use from the unique perspective of traditional Chinese medicine (TCM).

The History of Cannabis in Chinese Medicine

Cannabis was used as an herbal remedy in China as long as 2000 years ago. It was first mentioned in the Divine Farmer’s Materia Medica, a landmark TCM text published around the 2nd century BC.

Since then, people have used the herb as an anesthetic and to address various conditions. These conditions include chronic pain, mental illness, and seizures, to name just a few.

Historical documents, like the one mentioned above, indicate that people also used cannabis recreationally in ancient China. According to these ancient texts, Taoist monks reportedly used the plant to attain a state of enlightenment.

Today, marijuana flower is illegal across China. However, people still use hemp seeds for medicinal reasons, as they are thought to have powerful laxative properties.

Even though the ancient Chinese used marijuana for medicinal and recreational purposes, it was not considered a harmless substance. The Divine Farmer’s Materia Medica states that excessive cannabis use causes one to “run around frantically.” It also suggests that overconsumption may cause some users to “see ghosts.” A later addition to the text also described the toxic nature of the herb.

So, how exactly does cannabis affect the body and mind from a Chinese medicine point of view? Let’s take a look.

Cannabis and the Organs in Chinese Medicine

TCM views the body’s organs very differently than the way traditional medical practitioners do. While many of the organs’ functions are similar, some are very different. 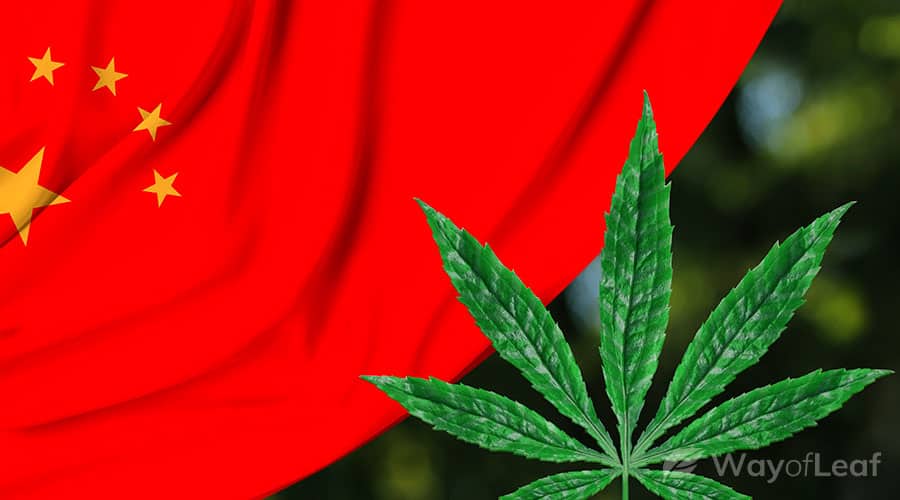 In TCM, the organs have a physical function, but each one is also responsible for a different aspect of the mind. Consequently, TCM practitioners rarely view physical and emotional symptoms as separate entities but rather different aspects of one whole.

This viewpoint is critical, especially regarding cannabis, an herb that dramatically influences both body and mind.

Let’s look at how marijuana affects each one of the organs from a TCM perspective.

The organ most significantly affected by marijuana in TCM is the liver. On an emotional level, the liver is responsible for creativity, vision, and forward planning. The liver is also associated with the emotions of anger and frustration. According to TCM, the liver can suffer from long-term psychological stress.

Many people who use marijuana recreationally do so to spark inspiration for creative projects. It is not unusual to come up with ingenious ideas while intoxicated, which is why some consume the plant. In reality, often these ideas are far too ambitious and cannot be carried out.

It can lead to disappointment and frustration, both of which harm the liver. In this situation, feelings of hope and inspiration can quickly turn to depression, irritability, or mood swings.

So, while cannabis gives the liver an enjoyable creative boost in the short term, its effects can become detrimental over time.

According to TCM, one of the essential functions of the kidneys is storing one’s essence. The essence is responsible for a person’s constitution and general health. It controls growth and development in children and the aging process in adults.

Everyone has a finite amount of essence, and it declines naturally with age. TCM practitioners believe that it is one reason why older people tend to suffer from more health issues.

The quality and quantity of your essence are determined by genetics. However, you can either preserve or deplete it by the lifestyle choices you make. Living a moderate life in harmony with nature is said to benefit essence. Conversely, overstimulation by alcohol, sex, or drugs causes harm to one’s essence.

In this way, your body is comparable to a car that uses essence as fuel. The faster you drive, the more quickly you use up your fuel. Likewise, the more you stimulate your body and mind with narcotics like marijuana, the quicker you burn your precious essence.

If you are low on essence, you may experience symptoms such as loss of motivation and fatigue. While these symptoms do not affect every marijuana user, they can occur when it is taken to excess.

In TCM, the heart is the most important organ when it comes to emotional regulation. It is said to house the spirit and is responsible for inner-peace and forming happy, healthy relationships with others.

When the heart is imbalanced, it can lead to anxiety, restlessness, and insomnia. While these are all problems that cannabis may help in low doses, higher doses can have the opposite effect.

Many people experience anxiety or paranoia after overindulging in their favorite cannabis strain. While these adverse reactions are temporary, research shows that long-term cannabis use can have a detrimental effect on mental health. For example, one German cohort study of adolescents showed that those who regularly used cannabis were more likely to develop psychosis over a ten-year period than non-users.

In TCM, the spleen is responsible for appetite and digestion. Most cannabis consumers will be familiar with the common cannabis side effect, known as ‘the munchies.’ A TCM explanation for this is that the spleen has become confused about whether it is really hungry.

If you are trying to gain weight, this is a bonus, but if not, then it can become an issue. The munchies can be potentially harmful to your health if you continuously reach for unhealthy snacks. The weight gain associated with regularly consuming calorie-rich foods could lead to obesity and other health problems.

The final organ affected by cannabis in TCM is the lungs. Most marijuana consumers smoke it. This has a heating and drying effect on these delicate organs. Common marijuana side effects such as dry mouth and eyes are attributable to the lungs in TCM. Respiratory symptoms such as coughing or other pulmonary-related problems are as well.

How to Reduce Marijuana Risks and Side Effects According to TCM

Chinese medicine advocates that to maintain health, people should do all things in moderation. Unsurprisingly, this is especially applicable to marijuana use. In appropriate doses, the herb may be an effective remedy for a wide range of issues. However, in excess, it does carry certain risks.

For recreational marijuana users, one way to reduce your risk of unwanted side effects is to use a minimal amount. Taking regular breaks allows your body to rebalance itself (as a bonus, this may also help to reduce your tolerance). For medicinal users who consume cannabis daily, there are other ways to minimize these risks.

In TCM, it is rare to use any herb in isolation. More often, plants are combined to improve their efficacy and to reduce the risk of toxicity and side effects.

We can also apply this idea to cannabis by looking at what is known as the ‘entourage effect.’ This theory states that the various compounds in cannabis work more effectively in combination than individually.

These days, marijuana breeders commonly produce strains with a higher THC content than ever before. As a result, other beneficial cannabinoids such as CBD get sacrificed.

Reportedly, CBD can counteract some of the adverse effects of THC. Various studies have found that it reduces symptoms such as anxiety and psychosis.

Therefore, theoretically, it may be possible to reduce the risk of THC-related side effects by choosing cannabis strains with a higher CBD content. Alternatively, cannabis consumers could consume CBD oil in conjunction with marijuana to mitigate against potential adverse reactions. Of course, these theories are speculative, and CBD oil’s poor bioavailability could have a detrimental impact on its efficacy.

It may be possible to counteract some of the adverse effects of long-term marijuana use with Chinese medicine itself. From a TCM perspective, acupuncture and herbs can restore a state of balance to the organs. They may also repair some of the damage caused by excessive marijuana use.

For a more scientific view on this, some studies suggest acupuncture may reduce anxiety or depression. Acupuncture therapy may even help if you decide to quit using marijuana.

Marijuana Risks and Side Effects in Chinese Medicine: Final Thoughts

Cannabis can be a potent medicine, and like all medicines, it can cause unwanted side effects. From a Chinese medicine viewpoint, it uniquely affects each organ; however, long-term use can be damaging.

Theoretically, there are ways to keep the risks to a minimum, with moderation being of utmost importance. Combining cannabis with CBD or choosing high CBD strains are possible ways to balance THC’s adverse effects.

Finally, if you’re concerned about the health implications of your marijuana use, talk to a healthcare professional for further advice.

Related Articles
Endometriosis and Cannabis: All You Need to Know

3
4 min read
Can You Use Rubbing Alcohol to Extract THC From Weed?

21
3 min read
Approved
Weed & Antidepressants: Can They Work Together? [Explained]

0
7 min read
What Is a Landrace Marijuana Strain? (Explained)

0
3 min read
The Difference Between Indoor and Outdoor Strains?

7
5 min read
What is Rosin? Here’s Our Complete Marijuana Guide

Find out what the studies reveal...