Today, most people consider marijuana a safe substance. Some use it recreationally to alter moods or to enhance a social experience. Others use marijuana for medicinal reasons, such as long-term pain management.

However, while marijuana use is more common, this doesn’t mean it is entirely safe. This is particularly true for heavy users. Scientists aren’t exactly sure how long-term cannabis use affects the body, but a few studies suggest it may cause several health issues over time.

In this article, we analyze these studies and what they might mean for a chronic marijuana user. We also provide you with alternatives to delta-9-THC if you want to continue using cannabis and cannabinoids but are concerned about the adverse effects.

Marijuana and the Endocannabinoid System

The primary intoxicating component of cannabis is tetrahydrocannabinol or THC for short. It is the substance in marijuana that causes users to feel high. THC mimics substances known as endocannabinoids, which the human body produces naturally.

By interacting with the endocannabinoid system and binding to cannabinoid receptors, marijuana exerts its positive effects.

However, despite the popularity of marijuana and evidence of its benefits, there is also scientific research outlining the possible dangers of using it. Although studies are ongoing, we feel it is important for readers to understand the possible risks of cannabis use. The following information relates to potential problems associated with chronic marijuana use.

Negative Effects of Long-Term Marijuana Use

Here are a few possible health problems linked to the long-term use of marijuana.

The memory issues associated with marijuana use may come from how the drug interacts with the hippocampus. The hippocampus is the region of the brain that is responsible for the formation of new memories. Some of its other functions include learning and emotional regulation.

Findings published in Molecular Psychiatry reveal that heavy marijuana users are at risk of developing false memories. This is even the case if these users have gone for months without smoking cannabis.

Research also suggests that teenagers who are regular cannabis smokers are more likely to experience memory problems as adults.

Marijuana’s prohibited status means studies into its long-term effects are hard to find.

A 2015 study, published in Hippocampus, found that subjects who had a prior history of cannabis use disorder had abnormal hippocampal shape and episodic memory impairment. The study did not determine whether marijuana use caused the issue or was simply associated with it.

A 2020 study in Current Opinion in Psychology found that cannabis likely negatively affects basal cognitive functions like episodic memory. However, the researchers pointed out that marijuana research suffers from various issues such as difficulties measuring cannabis exposure history. The substance’s prohibited status means studies into its long-term effects are hard to find.

It’s well established that smoking tobacco leads to an increased risk of diseases like chronic obstructive pulmonary disorder (COPD) and lung cancer. Due to lack of research, what is less understood is whether habitual marijuana smoking has similar effects.

One study did find that regular marijuana smoking “causes visible and microscopic injury to the large airways that are consistently associated with an increased likelihood of symptoms of bronchitis.” However, this subsides after stopping smoking. 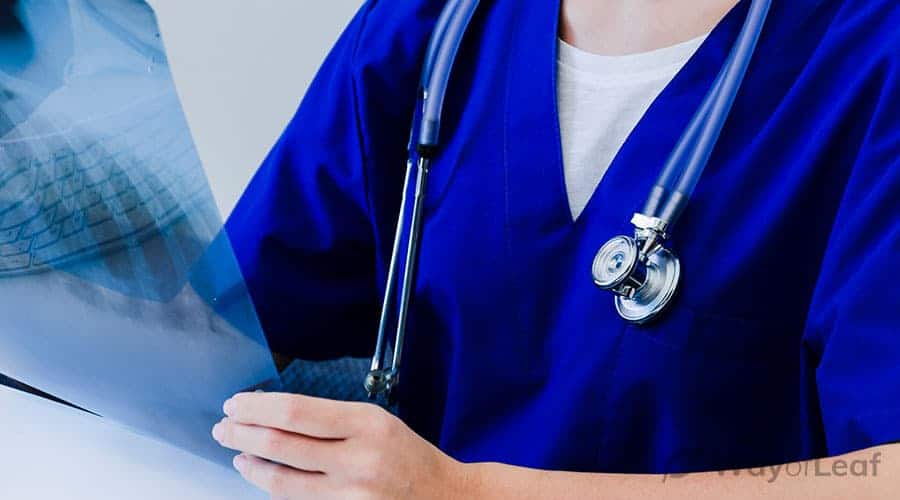 The same study also noted that regular marijuana smoking might cause “possible increases in lung volumes and modest increases in airway resistance,” but that the clinical (or real-world) consequence of this is unknown. Regular marijuana use does not appear to cause the same long-term lung damage that tobacco smoking does.

Studies show that marijuana use increases the possibility of long-term and permanent changes to behavioral and cognitive development in young individuals who have a developing brain.

Research in New Zealand, for example, showed a loss of 8 IQ points in heavy users between the ages of 13 and 38. Alarmingly, these individuals didn’t regain this loss in mental abilities – even if they had quit using cannabis as adults.

However, the so-called Dunedin Study didn’t control for socioeconomic status and mental illness history, among other factors. Moreover, it found that participants who only started using marijuana aged 18+ didn’t show the same decline in IQ. This finding supports the theory that the greatest harm to brain function from marijuana use occurs when users begin taking the substance as adolescents.

There are plenty of warnings about the possible brain and lung issues caused by cannabis, but what about the heart? According to the CDC, approximately 659,000 Americans die annually due to heart disease. Moreover, almost 800,000 people have a stroke in the United States each year.

If you are a marijuana user, should you be worried about its effects on your cardiovascular health? The answer is no, according to a study published in Frontiers in Cardiovascular Medicine in 2021. The researchers reviewed various studies on the subject. They found no causal effects of marijuana use on the risk of cardiovascular diseases such as stroke, myocardial infarction, and coronary artery disease.

Related article
Why Does Marijuana Make Your Heart Race? [The Science Behind]

However, THC’s activation of CB1 receptors can increase heart rate anywhere from 20 to 50 beats per minute. The heart beats faster to compensate for the fall in blood pressure caused by THC. The cannabinoid increases the diameter of blood vessels, forcing the heart to work harder to pump blood.

Although cardiovascular events represent just 2% of medical reports related to marijuana, it is perhaps wise to exercise caution if you have a heart issue. It is also essential to steer clear of synthetic cannabinoids like Spice. Such drugs are up to 100 times better at activating CB1 receptors than natural cannabis, leading to possible kidney failure and a dangerous drop in blood pressure.

Marijuana Use by Pregnant or Nursing Mothers

One of the most distressing risks relating to the long-term effects of cannabis use is how it affects pregnant women. There is some association between marijuana use in pregnant women and certain disorders later on in their children. There is also an increased risk of stillbirth.

Research into how much risk marijuana poses to unborn and nursing babies has been spotty. However, medical professionals advise that pregnant women avoid any foreign substance that doesn’t benefit fetal or maternal health. Women who want to become pregnant or already are should play it safe regarding marijuana use.

Concerned By Cannabis? Here Are Some Alternatives

There is plenty of research to indicate the benefits of marijuana and its cannabinoids. Better yet, smoking a joint is only one of the possible options. Below, we investigate different ways to potentially experience the pros of the plant without all of the possible adverse effects.

Certainly, issues with the lungs attributed to cannabis relate to the process of smoking it. Combusting marijuana plant material releases carcinogenic substances. While these are fewer in number than what tobacco smoke emits, it is still a major cause for concern.

A study published in Cancer Causes and Control in 2013 analyzed over 49,000 men in Sweden who used cannabis 50+ times over 40 years. The researchers found that this ‘heavy’ cannabis smoking resulted in a more than twofold risk of developing lung cancer over the four-decade follow-up period. Even after adjusting for factors such as alcohol and tobacco use, socioeconomic status, and respiratory conditions, this was still the case.

There is a growing trend towards vape liquid. Vaping doesn’t combust the plant material, so it reduces the risk of carcinogenic substance release.

While it is linked with the vaping illness epidemic that killed over 60 people, almost all victims used black market THC. Many experts believe an additive called vitamin E acetate was one of the main causes. However, you must be wary of the presence of thinning agents such as PEG 400 and PG, which potentially release harmful substances like formaldehyde when heated.

Those seeking a potent high and who have excellent THC tolerance may look in the direction of dabbing with cannabis concentrates. Such products can have over 90% THC, so they must be used with caution.

If you’re generally concerned about your lungs, you can choose THC tinctures, marijuana edibles, or beverages. Yet with edibles, in particular, one must exercise caution as the high is generally more intense than with marijuana you smoke, vape, or consume via a tincture.

If you’re wary of THC’s effects on your brain function, it is important to know that cannabis’s main intoxicating compound is delta-9-THC. Manufacturers have begun creating a variety of products containing other intoxicating cannabinoids.

Marijuana and hemp plants don’t contain much of these compounds. However, by using scientific knowledge and a lab, brands such as Binoid can produce significant amounts of the following:

Research into the benefits of these compounds is ongoing. However, it appears they may have analgesic properties and perhaps reduce stress and anxiety. Moreover, all of the above cause intoxication. Yet, barring THCP and THCO, both of which are several times more potent than delta-9, the rest of the compounds cause a lower level of intoxication than D9. Therefore, you might find that using such products helps you attain a more relaxed and controlled high.

Binoid sells all six compounds, with options including vape cartridges, tinctures, and gummies in various flavors.

There’s a huge amount of information regarding CBD on WayofLeaf, so we won’t go into great detail here. However, cannabidiol is linked with the following benefits:

It is a heavily studied cannabinoid, and at present, all available studies suggest CBD has an excellent safety profile. Unlike THC, it does not cause intoxication. However, possible adverse effects include dizziness and diarrhea. Though, these effects tend only to happen when users consume excessive amounts.

Therefore, if you use MMJ and want a safer alternative, the vast CBD market has you covered. As it is unregulated, we recommend sticking with highly respected brands, including:

Final Thoughts on the Long-Term Effects of Marijuana Use

Cannabis use has increased dramatically in recent years. There are a lot of questions about the potential health implications arising from chronic and heavy use of the drug. Research into how cannabis impacts cognition has generally lagged behind studies of other more common drugs.

It is essential to bear in mind that there are many things to consider when interpreting research findings. Factors such as the level of cannabis use, the duration of usage, and the age of onset of cannabis use are significant variables to consider when analyzing the data. There is a real need for more controlled studies looking at the potential health implications of long-term marijuana use. 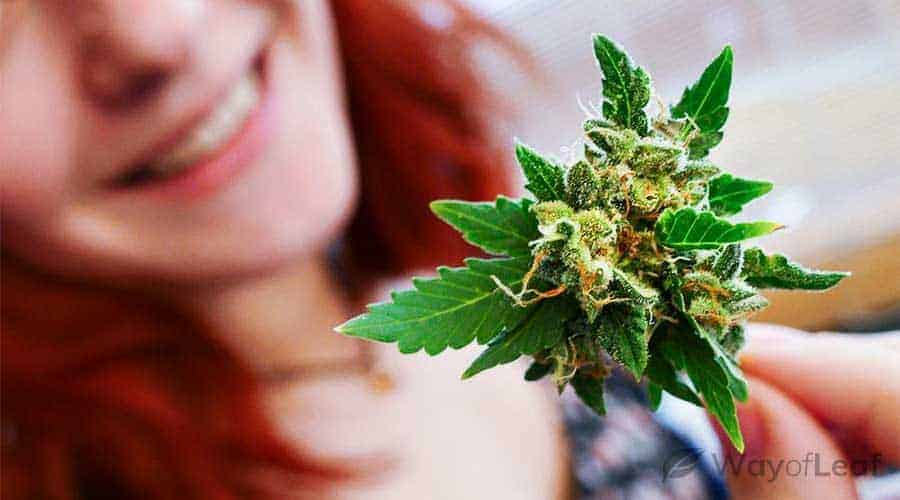 If you’re worried about it causing potential harm, you have the option of changing your consumption method or trying products containing less potent cannabinoids than delta-9-THC. These include THC-O, HHC, and the non-intoxicating phytocannabinoid, CBD.