Although knowledge of the cannabis plant is increasing, the industry is still plagued with myths and stereotypes. One of the most enduring is the notion that marijuana users are lazy, unmotivated, and apathetic.

In this article, we look at whether this idea is based on science or longstanding anti-cannabis falsehoods.

The term apathy describes a general lack of interest and motivation. Apathetic individuals are those that care little about what’s going on around them.

Apathetic people don’t feel sad or angry; on the contrary, they don’t feel much of anything.

Apathy is sometimes confused with depression. However, they are very different conditions. Depression involves intense sadness, tiredness, and an inherently pessimistic outlook. In contrast, apathetic people don’t feel sad or angry; on the contrary, they don’t feel much of anything. The term comes from the Greek for pathos, which means emotion or passion. Apathy means a lack of these feelings.

Symptoms of apathy include:

Apathy is potentially a sign of a mental health issue or a condition such as Alzheimer’s or Parkinson’s disease. A study published in Depression Research and Treatment in 2011 found frontal lobe lesions in the brains of individuals with apathy symptoms.

Could Cannabis Use Lead to Apathy?

There is a potential link between long-term marijuana use and amotivational syndrome. The claim is that heavy cannabis users suffer from lethargy, apathy, and impairment of judgment. However, there are few controlled studies that enable us to find definitive proof.

What we know is that the human brain produces chemicals similar to the cannabinoids in marijuana. Anandamide and 2-AG are two of the most important and are made from various fat sources in our diet. Did you know that when we eat lots of fat, our brain releases anandamide and 2-AG, making us feel good?

Related article
What Is Anandamide? [The Definitive Guide]

All about this magical molecul…

These chemicals attach to proteins called receptors, similar to how a key fits into a lock. If we insert the cannabis key into the receptor lock too often, our brain takes away the lock. As a result, long-term marijuana users must consume more to find the ever-diminishing number of locks.

The introduction of an anti-obesity drug called Acomplia to the British market in 2006 helped neuroscientists make a very important discovery. The drug was designed to block the endogenous marijuana receptors in our brain’s feeding centers. As a result, it successfully blocked cravings for high-fat food.

Unfortunately, Acomplia led to serious side effects such as depression and suicidal thoughts. Its creators swiftly withdrew it from the market. This episode showed scientists that humans need their brain’s endogenous cannabis system to function normally. If its receptors are continually blocked, we lose the ability to experience pleasure and become depressed or apathetic.

A study published in Psychopharmacology in 2016 evaluated the hypotheses that claim cannabis leads to a lack of motivation. 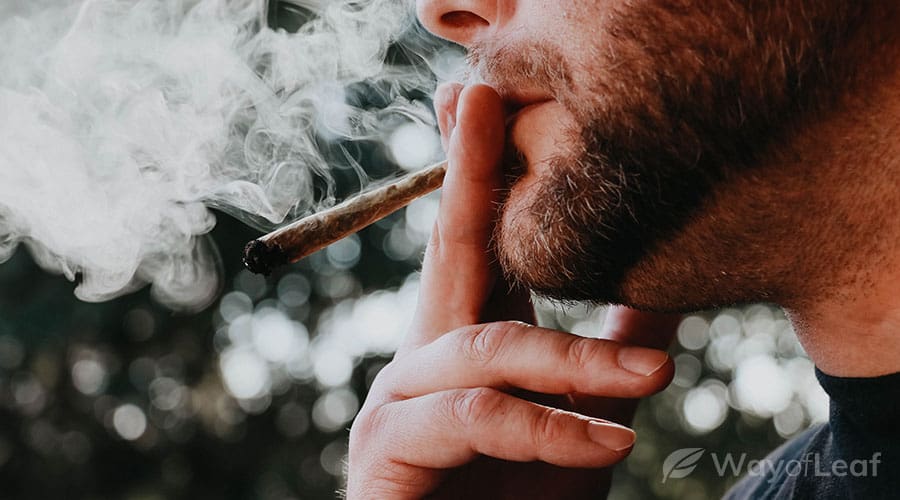 The researchers gave 17 volunteers vaporized THC, a combination of THC and CBD, and a placebo. They received an initial dose and another one 90 minutes later. Then they had to complete an Effort Expenditure for Rewards Task (EEfRT).

According to the researchers, low dopamine levels could decrease motivation and cause general apathy. Our brains release dopamine when something exciting is about to happen. If you produce very little of it, you’ll struggle to feel the emotions associated with excitement.

However, the study also noted that confounding factors, such as depression, couldn’t be disregarded. The authors suggested that it was the first fully-powered, fully-controlled study that objectively showed the amotivational effects of THC.

There is further research into how cannabis affects our dopamine levels. It is worth noting that dopamine is a neurotransmitter that triggers pleasurable sensations in the brain.

A study published in PNAS in 2014 found that individuals who used cannabis regularly had lower dopamine levels. More specifically, these reduced dopamine levels were found in the striatum. This part of the brain is linked to motivation.

The researchers gave a drug that produces dopamine to 24 heavy cannabis users and 24 non-users. Then they measured the brain activity of all the volunteers. Brain imaging found that both groups had the same levels of dopamine.

Researchers believe that heavy marijuana use could damage some key brain mechanisms that help react to dopamine.

As a result, the researchers believe that heavy marijuana use could damage some key brain mechanisms that help react to dopamine. When this happens, chronic cannabis users could feel less pleasure and a general lack of excitement.

A review of studies published in Nature in 2016 looked at the effects of THC on the dopamine system. It concluded that chronic THC use could cause long-term changes. However, it did mention that the limitations of study models meant they didn’t reflect typical human use patterns.

However, a study published in Substance Abuse Treatment, Prevention, and Policy in 2006 found that cannabis use doesn’t reduce motivation. It looked at various studies that focused on whether marijuana resulted in low motivation. Overall, the researchers found that few studies reported decreased motivation in long-term cannabis users.

They also conducted their own experiment by surveying a large number of people. Some were heavy users of the drug, while others were not. The next step involved developing various statistical models to analyze the information. After breaking down the data in several ways, the researchers could not find a significant difference in motivation between the control group and those who frequently used marijuana.

This research predated the other studies in this article. It is genuinely interesting to see the stark difference in the outcome.

Ultimately, the results of research into this matter provided a mixed bag. On the one hand, there is evidence that using large amounts of cannabis regularly could damage your brain’s reward center. Experienced users report requiring more of the substance to get the same effect as when they first used it. Therefore, they may find it more difficult to get excited or motivated than usual.

However, there is also evidence that marijuana usage doesn’t necessarily negatively impact motivation or cause apathy. It is worth remembering that people are wired differently. A naturally apathetic person will continue on their path regardless of whether they use cannabis or not.

That said, if you discover that marijuana makes you feel apathetic and lethargic, you may need to re-examine your usage. Perhaps you should wean yourself off and take a tolerance break to see how you feel.