For many centuries, human beings have been obsessed with the idea of extending their lives. For example, the concept of immortality was central to the beliefs of the ancient Egyptians. And in China, the coveted ‘elixir of life’ has been the subject of legends for millennia.

We are now lucky to live in a time when people are surviving for longer than ever. Due to medical advances and vast improvements in living conditions, life expectancy has risen steadily over the past few centuries.

However, the downside of having longer life spans is that we now also have a higher incidence of age-related diseases such as heart disease, strokes, and Alzheimer’s disease. The fact is that life expectancy and healthy life expectancy mean very different things.

Discovering a cure for aging remains a dream for scientists, but one area of interest that’s been gaining traction is whether or not cannabis can help individuals live longer.

Cannabis has widely been used across the world for its medicinal properties, culminating in 2018 with the first FDA-approved drug containing a purified drug substance derived from marijuana for the treatment of seizures associated with two rare and severe forms of epilepsy.  But can marijuana help people live longer and enjoy better health well into their later years? We explore the facts.

Inflammation and Its Role in Health and Disease

Inflammation is the immune system’s response to injury or infection. For example, inflammation can occur when we pull a muscle or catch a cold. When the body detects physical trauma or an invading virus, the immune system springs into action, with cells in the affected area producing chemicals called cytokines. 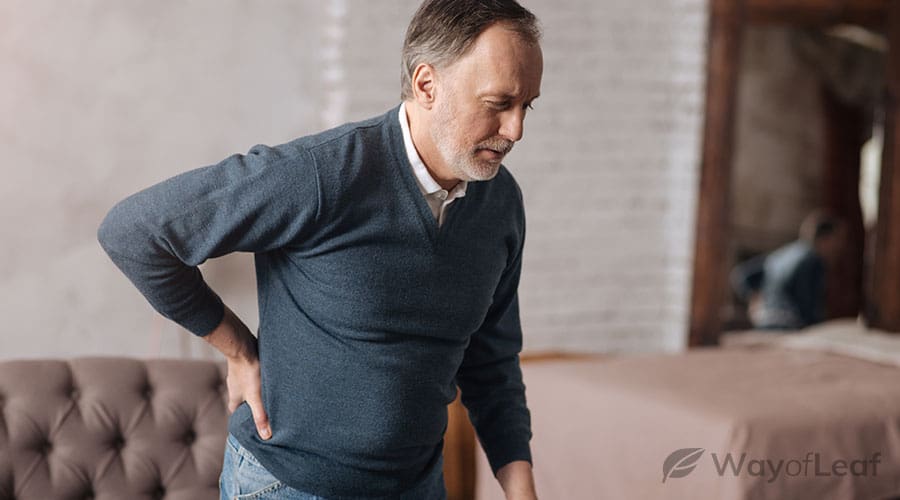 Although this process may cause some side effects such as redness, swelling, and pain, it is a homeostatic function that protects the body from infection and environmental toxins. Once a threat has successfully been removed, the inflammatory process typically switches off, with the body returning to its baseline within a few days.

Sometimes, inflammation may continue for extended periods of time, possibly due to a virus that has not been fully eliminated, or exposure to low levels of toxins over time. Some people suffer from autoimmune disorders, meaning that their immune systems aren’t able to distinguish normal healthy cells from harmful cells and begin to attack them. All of these situations lead to chronic inflammation and may increase the risk of serious disease.

Although it is most often thought of in relation to painful conditions such as arthritis, chronic inflammation has been linked with other health concerns, such as heart disease, strokes, diabetes, chronic respiratory diseases, Alzheimer’s, kidney disease, and cancer.

Inflammation and the Aging Process

Chronic inflammation is a pervasive feature of aging, representing a significant risk factor for morbidity and mortality in the elderly.

The free radicals that are produced by white blood cells during inflammation can become excessive and leak into healthy tissues. Here they begin to damage the body’s cells in a process called oxidative stress, which contributes to many degenerative diseases common in the elderly.

Aging is one of the biggest risk factors for developing chronic inflammation, but there are other factors that may also contribute.

In some cases, oxidative stress can also damage the DNA of cells, causing them to mutate. This process can lead to abnormal cell growth, a common characteristic of cancer.

There are many different ways to reduce the risk of chronic inflammation as one ages.

Eating a balanced, natural diet and maintaining a healthy body weight are both key steps an individual can take. It is important to avoid eating foods that contribute to inflammation as much as possible. These include processed foods, trans fats, saturated fats, and sugar.

Managing one’s stress levels and maintaining proper sleep hygiene represent actionable steps individuals can take to improve their overall health. Stress is extremely widespread in our modern world and often goes hand in hand with other issues such as depression, anxiety, and insomnia. There are many ways to manage stress, ranging from meditation to exercise.

Tobacco cessation is another critical way to reduce inflammation. Although this can be challenging for many people, there is help and support available. Ask your doctor or pharmacist about which methods may be most suitable for you.

How Cannabis Could Help You Live Longer

Cannabis contains many different active compounds called cannabinoids. These have a direct influence on many of the human body’s systems. The two most thoroughly researched of these cannabinoids are Δ9-tetrahydrocannabinol (THC) and cannabidiol (CBD).

THC is the intoxicating compound that gives cannabis users the characteristic high associated with the plant. CBD alone does not make the consumer high, but it does have many other profound effects on the body. One of the major advantages of CBD is its anti-inflammatory properties. These have led to it becoming a popular remedy for chronic pain among many other conditions.

Related article
Is Marijuana an Antioxidant?

How weed could help fight dise…

Cannabinoids have also been found to act as powerful antioxidants, meaning that they can prevent oxidative stress. They do this by reacting with free radicals and stopping them from damaging cells. Thanks to this, the compounds in cannabis may be useful in the prevention of many chronic and age-related diseases including heart disease and strokes. THC and CBD may also have a protective influence over nerve cells.

Cannabinoids may also help to reduce the risk of developing cancer. They have the potential to do this by increasing the rate of a process called apoptosis, the destruction of old, dead cells. This could help to stop tumors from forming and cancerous cells from spreading throughout the body.

Cannabis could also help to reduce some of the risk factors for chronic inflammation by relieving the symptoms of stress and improving sleep patterns. There is even some evidence that CBD could help with weight loss and tobacco cessation.

Does Cannabis Cause More Harm than Good?

Despite all of its potential health benefits, cannabis is not entirely harmless either. For one thing, marijuana is traditionally consumed by smoking, something which is harmful to the lungs and increases the risk of developing chronic inflammation. 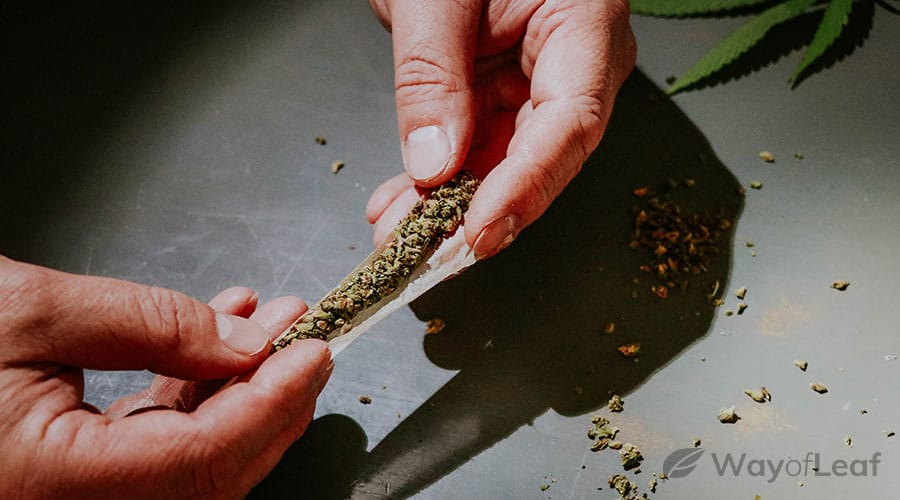 There are other ways to take cannabis, such as edibles, and these are becoming increasingly popular. However, although they reduce the risk of lung damage, it is still possible that there could be some negative side effects associated with them.

Many of the problems associated with cannabis are attributed to THC, and could possibly be avoided by taking CBD extracts alone.

Frequent cannabis use has been linked to problems with memory and learning, as well as serious psychiatric disorders such as psychosis and schizophrenia. Cannabis has also been linked with a higher risk of heart attacks in certain individuals. Many of these problems are attributed to THC, and could possibly be avoided by taking CBD extracts alone.

Unfortunately, there is currently no research available specifically on cannabis and life expectancy, although its anti-inflammatory, antioxidant, and neuroprotective effects are well-known. It seems that marijuana is indeed beneficial for health, but the long-term effects still have not been fully explored.

Therefore, whether cannabis does more harm than good remains something of a mystery, for the time being at least.

There are many benefits associated with cannabis, including reducing inflammation and offering protection against a whole range of age-related problems. Because of these benefits, there is a chance that using marijuana medicinally may help to slow down the aging process and help to prolong ones life.

That said, the herb is not completely free from adverse effects. For example, we all know that smoking is bad for the lungs, and increases the risk of cancer among other things. This issue is one major downfall in the theory that cannabis could help you live longer since it is typically consumed by smoking. Regular cannabis use could also increase the risk of heart problems and mental health disorders in some people.

Research into the long-term consequences of cannabis use is still somewhat lacking, although this will hopefully change in the near future.

Related article
Marijuana vs. Tobacco vs. Alcohol: A Comparison on Their Effects

Which is worst for your health…