According to the stereotype, cannabis users are lazy, unmotivated, and ultimately unsuccessful in life. The thing is, there are plenty of industry leaders and famous individuals who use marijuana.

Even so, anti-cannabis campaigners continue to push this message. Do they have a point? Does marijuana cause apathy, reduce energy, and decrease motivation? This article looks at this issue in-depth, including an analysis of relevant scientific studies.

Lack of Motivation – Is Marijuana the Culprit?

The 1937 Marihuana Tax Act led to a ban on cannabis in the United States. Practically every other country in the world followed suit if they didn’t already have a ban in place. However, marijuana remained a popular recreational drug, particularly from the 1960s onward. Soon enough, the suggestion was that marijuana caused something called amotivational syndrome. 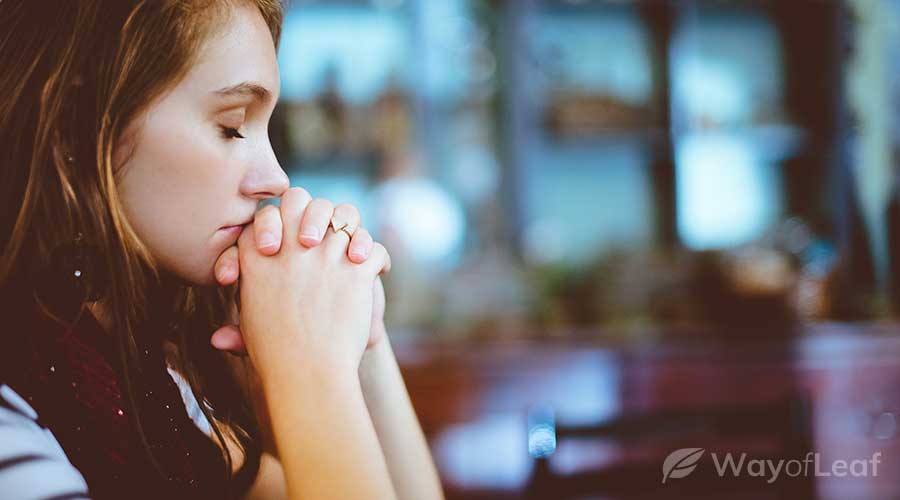 Studies appeared claiming marijuana was a destroyer of motivation. However, there is also research claiming the opposite.

A study published in Biological Psychiatry in 2014 looked at the link between cannabis use and mental disorders. It found that long-term cannabis use impacts dopamine levels in the brain’s striatum. This is the part of the brain associated with motivation and novelty-related decision making. According to the researchers, it could explain why cannabis users seem to lack motivation for work or basic tasks.

Research found that long-term cannabis use impacts dopamine levels in the brain.

The study involved 38 people. Half of them had experienced psychotic symptoms when they used marijuana in the past. The other half didn’t use the substance at all. The team found that a high rate of cannabis use had a direct link to dopamine synthesis in the striatum. However, it didn’t have an association with psychotic symptoms induced by marijuana.

Dopamine is also known as the “reward molecule.” It is a type of neurotransmitter created by the body. Dopamine plays a major role in how we experience pleasure. It helps us to focus and strive to do things that could make us happy. When we have low levels of dopamine, it is challenging to find motivation.

If marijuana impacts dopamine in this way, doesn’t that prove the theory that it causes a lack of motivation? Not necessarily. It is worth noting that the study subjects all began using cannabis between the ages of 12 and 18.

Also, those who had the lowest levels of dopamine met diagnostic criteria for addiction. As a result, it is possible to use low dopamine levels to measure how addicted someone is to cannabis.

However, it is also reversible. There is evidence that long-term users who quit had no difference in dopamine production from non-users.

Other studies that have looked into the issue found conflicting results. A study published in Substance Use and Misuse in 2017 is a prime example. The researchers monitored 79 adolescents aged 14-18. Of the group, 43 were light users, while 36 were classified as regular users.

The researchers hypothesized that regular marijuana users would display a lower level of motivation than their counterparts. They also theorized that greater lifetime and past 30-day usage would also result in reduced motivation levels.

However, they found no noticeable differences between the two groups on any motivation index. They also couldn’t prove any associations between past 30-day and lifetime usage and a lack of motivation. Effectively, this study was unable to show that regular cannabis use decreased a person’s motivation.

A review of studies published in Psychology of Addictive Behaviors in 2019 looked at 22 studies relating to cannabis use and motivation. The researchers said there was partial support from longitudinal studies for a causal link between marijuana use and decreased motivation.

However, they also wrote that reward sensitivity and motivation are related yet distinct constructs. As a result, a reduction in one doesn’t necessarily mean a decrease in the other. The team also acknowledged the need for further research.

How Can One Measure Motivation?

Another issue with these studies is the problems involved in measuring motivation. The indexes used in many studies are the Apathy Evaluation Scale (AES) and the Motivation and Engagement Scale. Both have been subject to scrutiny in the past.

A study published in Psychiatry Research in 1991 raised questions about the reliability and validity of the AES scale, for example. There is much to be discovered in the field of motivation science. Therefore, it is difficult to place great faith in any study claiming cannabis does or doesn’t reduce motivation.

It seems clear that there is a link between low dopamine levels and a lack of motivation. More pertinently, both are closely associated with depression. Countless people claim that marijuana helped them get through bouts of depression. If this is true, then one must wonder whether cannabis lowers dopamine levels in non-chronic users.

It seems clear that there is a link between low dopamine levels and a lack of motivation.

A study published in Nature in 2016 helped shed some light. It looked at the effects of THC on the dopamine system. THC is the most abundant intoxicating cannabinoid in marijuana. The researchers found that a high level of THC can increase dopamine release and neuron activity. However, long-term use is more likely to blunt the dopamine system. This suggests that chronic use is an issue, while infrequent consumption is not.

However, it is incorrect to focus solely on dopamine. After all, it is just one of many neurotransmitters involved in the extremely complex chemical messaging network. Serotonin, endorphins, and oxytocin are also associated with positive effects.

Final Thoughts: Does Marijuana Lead to Low Motivation and Apathy?

There is a suggestion that amotivational syndrome exists in cannabis users and is linked with low dopamine. This theory asserts that individuals who use marijuana in the long-term are likely to show less motivation. However, it is a controversial hypothesis, as some experts don’t believe such a syndrome exists.

The level of research available isn’t enough to make a strong argument one way or the other. However, from what we know, it seems likely that chronic marijuana use could cause reduced motivation. Evidence to date suggests that long-term cannabis consumption causes problems with dopamine production, thus driving motivation levels down.

The scientific data also shows no discernible link between moderate or irregular marijuana use and lower motivation. Indeed, occasional cannabis consumption could lead to a short-term spike in dopamine production. It seems as if the sensible solution when trying marijuana is to consume little amounts as an irregular user.