Cannabis has been used by different cultures all over the world as a medicinal plant for centuries. Because of its many references in ancient texts, cannabis was at one-time considered to be as conventional as penicillin. Even George Washington is known to have grown cannabis and noted its medicinal properties in agricultural ledgers.

These days, cannabis is regaining respect for its potential healing qualities. It’s now widely used to treat depression, anxiety, pain, nausea, seizures, and muscle spasms. In addition, those who suffer from Parkinson’s disease, epilepsy, and multiple sclerosis have also reported therapeutic effects. Furthermore, a Harvard study has found that cannabis helps to stabilize the brains of people who suffer from bipolar disorder, while Israeli researchers are looking into cannabis’ potential to treat traumatic brain injuries. Other studies in the works are exploring the effects that cannabis may have on Alzheimer’s disease and other adverse conditions.

Dating back to ancient Chinese medicine, there’s been a long following of cannabis, which is praised for both its hallucinogenic properties and its soothing benefits. Although using cannabis recreationally is still illegal in the most states, there has been a steady rise in the popularity of the drug for medicinal purposes.

Cannabis is quickly becoming the most beneficial plant known to man, and not only for recreational and economic reasons. The plant contains terpenes, cannabinoids, THC, CBD, and other medicinal compounds that work naturally with the body to optimize health. So how does it fair as alternative medicine?

Today, there are many different terms used to describe the different types of medicine that are being practiced. While these terms are often used interchangeably, there are some notable differences between each of them and how they produce different outcomes. From the diagnosis and treatment, to how the patients are cared for; although they may appear tedious, the differences in these terms describe important information about how disorders, diseases, and health risks are managed.

Let’s discuss the five major types of medicine that are being practiced in America today.

Also known as traditional medicine, this type is what we are most familiar with. When you visit a doctor for your medical needs, you are treated based on your symptoms, and this treatment is in the form of traditional medicine which are pharmaceuticals and drugs, as well as surgery or radiation therapy.

This is a combination of conventional and alternative medicine and is a more modern approach to diagnosing and treating symptoms. The major advantage of this approach is that it aims to treat the mind, body, “energy,” and emotions together.

A deliberate approach that is used together with conventional medicine, this is a method that is evidence-based, safe, and personalized for the patient. Utilizing data-driven strategies to treat illness, this approach combines the proof of scientific method on a small patient-based scale. Essentially, this method is human-focused and data-driven.

Much like integrative medicine, functional medicine is human-focused and heavily science-based. It views our body as one integrated system (rather than a collection of independent organs that are divided up by medical specialties) and seeks to identify and address the root cause of the disease.

How does this relate to cannabis?

The latest trends in medicine suggest that an optimized method of caring for patients comes in the form an “integrated, holistic approach.” By combining alternative medicine with a patient-focused and data-driven approach, doctors are in a better position to care for and treat their patient in body, mind, and spirit with data-driven, and safe decisions. In other words, doctors will no longer just treat your disease or symptoms, but rather provide treatment based on your individual health needs. 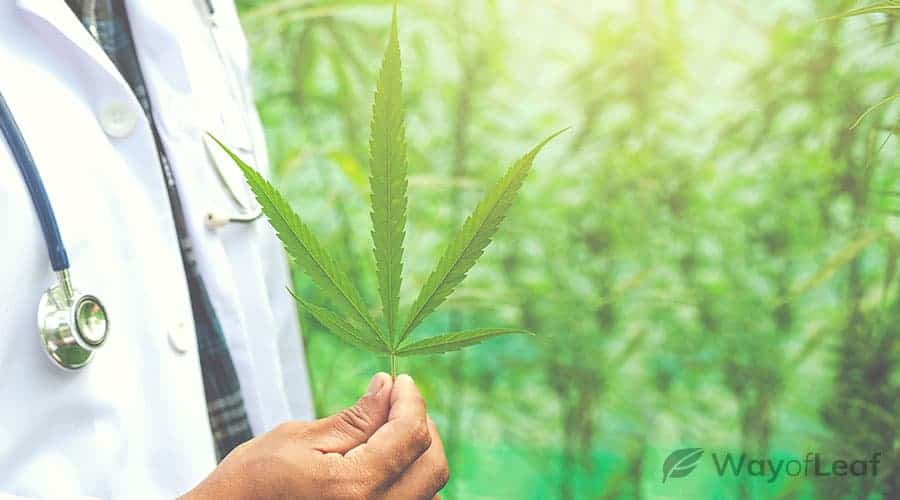 As the legalization of cannabis continues to grow from state to state, more and more people are starting to accept it as a legitimate form of treatment. It also helps that it’s progressively been backed by science. With overwhelming public support for its legalization, cannabis is starting to find its way into modern medical plans. In fact, it’s even replacing some harmful pharmaceuticals with a natural and safer method towards healing and health.

The functional and integrative medicine approaches make cannabis a natural ally in helping patients. By looking into the root cause of a condition rather than focusing on individual symptoms, cannabis has the potential to provide a number of healing benefits that address the body and mind as a whole, especially when it’s combined with other forms of alternative therapy, such as yoga, nutrient therapy, and acupuncture. However, cannabis is also widely used independently, as alternative medicine. We will examine some of the well-known health benefits of cannabis below.

Cannabis as an alternative medicine

As of late, cannabis is becoming an increasingly important part of the medical field. Since research is growing, and there is more of an understanding of just what cannabis can do, there is an increasing number of medical practitioners rallying behind it.

Even for those who don’t suffer from a diagnosed condition, pain can affect your quality of life. Whether it’s a migraine, muscle or joint pain, or recovery from an injury, the point is that pain debilitates the sufferer. The problem is that many forms of pain relief, from opioids to over-the-counter painkillers, come with some serious side effects that often reduce the quality of life.

The good news is that cannabis appears to be a safer alternative for pain relief. Research into the compound has suggested that it has less harmful side effects and much lower risk of dependency. The best part is that cannabis seems to be an effective painkiller. It’s not only good for easing the mind, but also has both neuropathic and anti-inflammatory properties.

Another benefit that cannabis is thought to have is that it works as a potential driver of healthy thoughts and behavior. For instance, some strains of cannabis are known for uplifting feelings and promoting mental focus. Early research is making a case for cannabis as a possible aid in promoting good mental health. Studies have explored the effects that cannabis has on the symptoms of anxiety, PTSD, and depression.

In the frantic world that we live in today, sleep is something that a lot of people sacrifice. There are so many people who suffer from sleep disorders, and if you’re one of them, you will know that a lack of sleep can have a serious impact on one’s health. This includes headaches, loss of appetite and focus, irritability, and increased stress levels.

Some early research suggests that cannabis could be an alternative treatment option for sleep disorders. This could be exceptionally beneficial for those who struggle to get a good rest or are looking for help in regulating their sleep-wake cycle. While CBD can help with mental alertness if you are feeling lethargic during the day, THC can induce feelings of sleepiness.

There are two types of receptors found in our body which allow us to take in the effects of cannabis. These are the CB1 and CB2 receptors. When they come into contact with cannabis, our body produces molecules known as endocannabinoids which interact with these receptors. They help to produce the euphoric state that helps to dull some of our senses associated with various symptoms.

A common use of cannabis is to ease the symptoms of nausea. In trials that were done by the National Cancer Institute, dronabinol and nabilone, which are two cannabis-based drugs, helped to reduce chemotherapy-related vomiting and nausea in cancer patients.

Different ways to use cannabis

When most people think of using cannabis, they think of smoking it. But, not all patients are comfortable with this method, and the good news is that there are numerous other ways to get your dose of the good stuff. Let’s take a closer look:

As it turns out, cannabis is a veritable pharmacy of beneficial compounds. Despite the controversy that surrounds it and its classification as a drug in many parts of the world, medicine and science have been exploring the healing potential of cannabis, and there is an increasing number of people claiming that the plant has helped them with a specific health issue. This might just be the alternative medicine that we have all been waiting for.