Can you use marijuana if you’re on antibiotics? Unsurprisingly, this is an increasingly common Google search as more and more people turn to cannabis for their daily form of therapy.

Unfortunately, little reliable information is available on the topic. Generally speaking it’s not wise to consume other drugs (i.e. alcohol) along with an antibiotic prescription. Cannabis is a natural plant though, so doesn’t that mean it’s ok?

In this article, we discuss everything you need to know about using marijuana while on antibiotics. We’ll talk about available scientific research, and also about the effects of CBD on antibiotics. Of course, it’s important to point out that the following information was independently researched. None of the information herein should be taken as medical advice.

What are Antibiotics – And How Do They Affect Your Body?

An antibiotic is a vague term describing anything that can either kill or stop the growth of microorganisms. Usually, doctors prescribe antibiotics to fight off bacterial infections.

Antibiotics come in a variety of forms. Some target very specific types of bacteria, whereas others tackle multiple bacterial strains. (This is actually why people can sometimes have problems with antibiotics. Some strains of bacteria are good for the body, but some antibiotics can kill off everything in their path).

Antibiotic prescriptions are very common in modern medicine. Ever heard of Penicillin? There’s a reason why this antibiotic is heralded as one of the most important medical discoveries of all time.

However, frequent use of antibiotics can present problems. Antibiotic-resistant bacteria is an ongoing issue for doctors and researchers. It’s also the reason we’re still dealing with things like MRSA and other types of bacterial staph infections.

Regardless, antibiotics are still some of the most common prescription drugs in the United States. And the truth is, they help millions of people every year defeat illnesses that would have proved deadly a century ago.

Of course, marijuana use is also very common here in the U.S. (and indeed all across the globe). For many people, cannabis is a crutch that supports health, happiness, and general quality of life.

But what happens when cannabis users have to take an antibiotic? Is it safe to take both at the same time? Before we answer that question, let’s take a look at how marijuana compounds interact with various medications.

How Cannabis Interacts with Medication 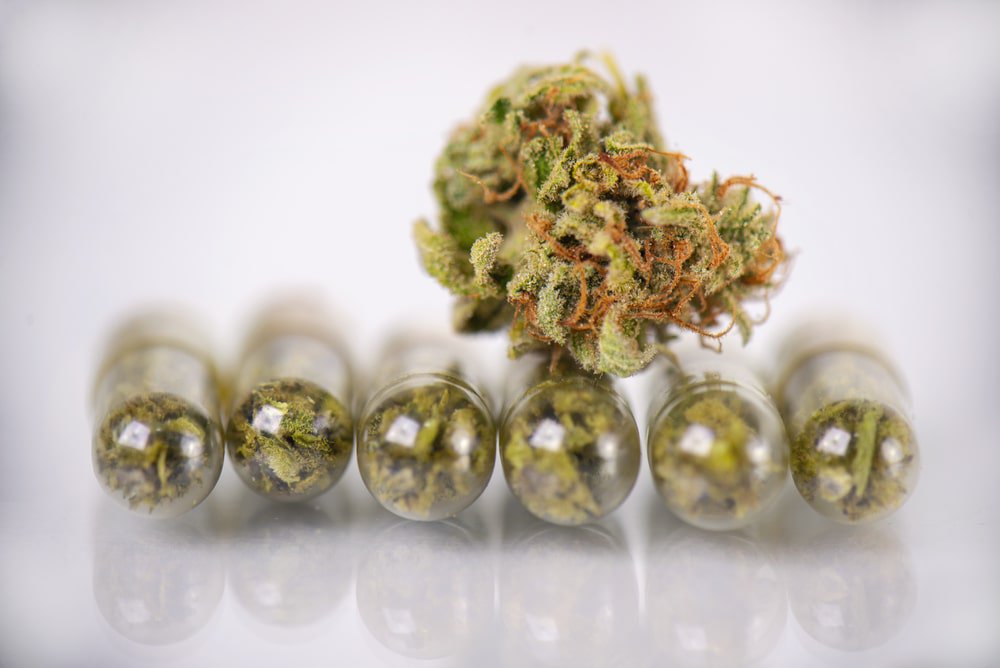 By and large, cannabis has a reputation as a safe drug – at least in terms of things like toxicity and overdose potential. Surprisingly, however, the plant’s interaction with other forms of medication is not a popular area of research.

It’s important to remember that everything your body ingests has a chemical and/or physiological consequence. In other words, anything you put in your body will invoke some sort of biological response.

Cannabis’ interaction with prescription medications is difficult to catalog. However, we are somewhat aware of the effects cannabis has on the human body in general.

We know, for example, that smoking cannabis can associate with symptoms of bronchitis. We also know that there is a contraindication between cannabis use and acute psychosis.* In terms of specific information on the use of marijuana and antibiotics, however, little research is available.

That said, Dr. Perry Solomon of HelloMD claims that there are no reports (to his knowledge) of interactions between cannabis and antibiotic medications.

There have been no reports that I know of [regarding] interactions between antibiotics and cannabis.

So is it safe to use marijuana with antibiotics? Probably. But that is certainly not a guarantee, and it certainly shouldn’t be taken as medical advice. When in doubt, speak with your physician.

Answering the Question: ‘Is it Safe to Use Marijuana with Antibiotics?’

As we discuss above, there are essentially no clinical studies that offer data on the safety of cannabis when mixed with antibiotics. That said (and as supplemented by Dr. Solomon’s statement above), there are also no medical reports (that we’re aware of) of anyone suffering adverse-effects from using marijuana while taking antibiotics. Of course, this is an ongoing concern for medical cannabis use in general; we are still suffering from a shocking lack of research.

Interestingly enough, cannabinoids are known to have antibacterial properties of their own (not to be confused with ‘antibiotic properties). In fact, one study highlights the “potent activity” of five major cannabinoids (THC and CBD included) against “a variety of [clinically relevant] MRSA strains.”

That said, it is possible that the physical act of smoking cannabis may irritate parts of the respiratory system that are prone to bacterial infection. In a situation such as this, it would hypothetically be possible for cannabis use to affect the activity of antibiotic medications. Of course, there are alternatives for consuming marijuana that don’t involve the inhalation of smoke.

Edibles as an alternative to smoking cannabis 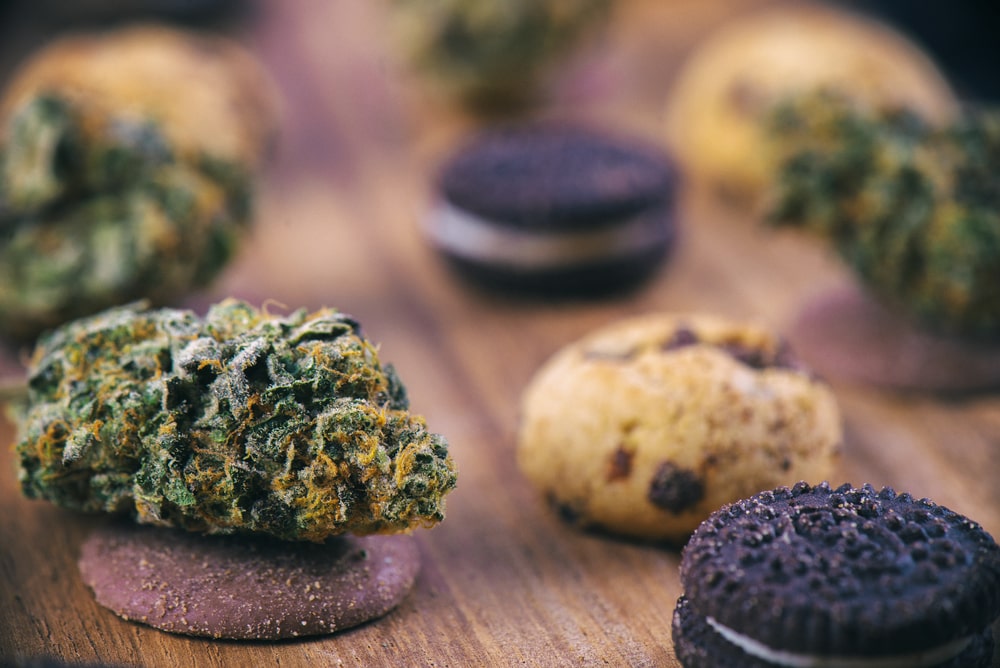 Edibles are simply any type of food that contains an infusion of cannabis derivatives (typically THC or CBD). When you read the word ‘infusion,’ you might tend to think of some kind of chemical experiment. Unnatural, harmful chemicals put into your food by some big company.

On the contrary, edibles are typically safe to consume – you can even make them in your own kitchen. In fact, a good cannabutter or infused cannabis olive oil can be used to cook virtually anything. Of course, if you’re not partial to edibles there’s always the option of CBD (and other types of cannabis) oils.

CBD oil as an alternative to smoking cannabis 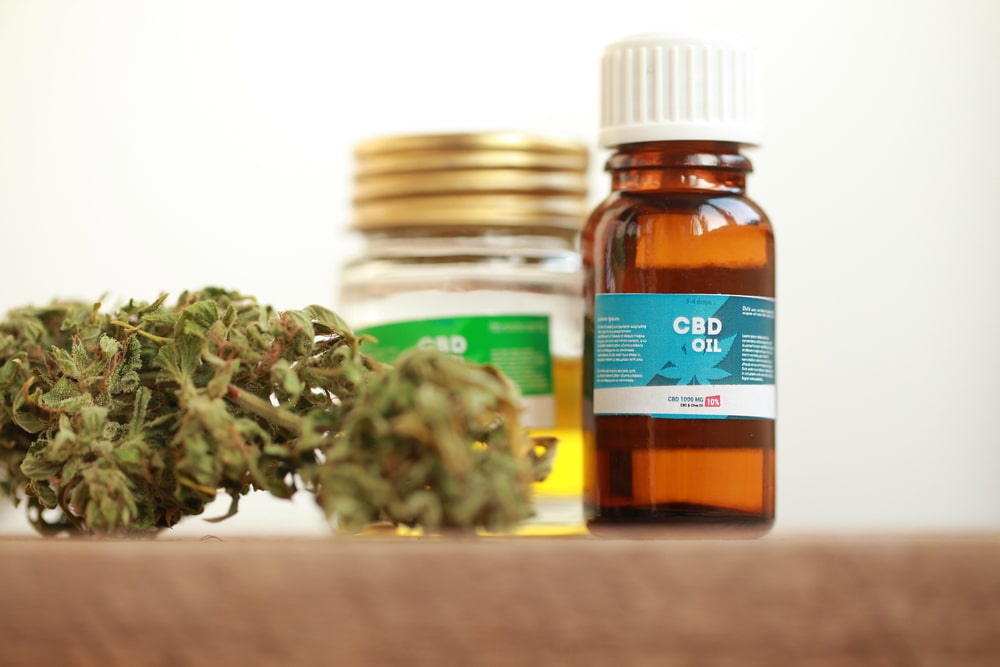 People are increasingly using CBD oil and other forms of cannabis oil as a natural form of pain relief. Oils are also known to work well for things like anxiety, inflammation, sleep issues, and day-to-day stress. And of course, the FDA recently approved Epidiolex, which is a prescription CBD oil used to treat two rare forms of epilepsy.

CBD oil encourages your body to produce its own endocannabinoids, which may play a role in the functioning of a healthy immune system. In other words, there is the possibility that CBD oil and other cannabis oils might work to improve immune health, thereby reducing the need for antibiotic medications. Of course, there is no research to currently back this idea up.

Final Verdict – Is it Safe to Use Cannabis While On Antibiotics?

Cannabis use does not appear to have adverse effects when consumed along with antibiotics. Of course, be sure to speak with a doctor before continuing normal marijuana use along with a round of antibiotic drugs. Doctors are (generally) there to look out for your best interest, so be open about your cannabis use.

Laslty, it never hurts to do your own research and consider all the facts. We reiterate the fact that the information in this article is purely informative, and should not be taken as medical advice.

A Word on Marijuana Use and Antibiotics (By Daniel J. Isaacman, M.D)

Whenever one consumes more than one drug at a time, drug-drug interactions are always a possibility. A given drug can interfere with both the absorption and metabolism of another drug. While there are not many reports of such interactions between CBD and various antibiotics, one should be aware that the possibility does exist.

A system of enzymes in the body known as the P-450 system is responsible for metabolizing CBD. Drugs that cause P-450 drug interactions are known as either inhibitors or inducers of these enzymes. An inducing agent can increase the rate of another drug’s metabolism by as much as two- to threefold that develops over a period of a week.

The importance of inducing agents

When one consumes an inducing agent with another medication, the dosage of the other medicines may need to change since the rate of metabolism is increasing, and the effect of the medication is reducing. This can lead to a therapeutic failure of the medicine.

Conversely, if a medication is taken with an agent that inhibits its metabolism, then the drug level can rise and possibly result in a harmful or adverse effect. Information regarding a drug’s CYP450 metabolism and its potential for inhibition or induction can be found on the drug label. It is also accessible through the U.S. Food and Drug Administration (FDA) or manufacturer’s websites.

Understanding which antibiotics are inducers and which are inhibitors is the job of your physician, so it is always important to consult a physician if you are using CBD and plan on taking an antibiotic or an antifungal medication. A list of drugs that are categorized as inducers or inhibitors is provided here. Make sure your doctor is aware of your CBD use so he/she can advise you on whether or not this antibiotic might alter the metabolism of your CBD and thus alter its drug effect.

Marijuana Withdrawal: Busting all the Myths

The facts about marijuana withdrawal

Can Cannabis Can Help an Upset Stomach?