If #1 doesn’t shock you, nothing will…

Whether you are a regular consumer of cannabis or are a casual user, you are probably familiar with Willie Nelson. His name is often tied to one of Mother Nature’s greatest creations. Willie is a unique guy, with numerous celebrities claiming they would love to smoke a bowl with him.

Beyond his involvement in the marijuana sector, there are some facts about Willie Nelson that aren’t widely known. Mr. Nelson is a superbly talented and legendary country artist that dove into his sub-genres. He also shares a powerful voice beyond his ability to sing.

Nelson has played the role of an activist for decades and supports both the consumption and legalization of marijuana. He also has a recreational cannabis company called Willie’s Reserve. This man is so well-rounded and chilled that the planet will likely not see the like of him again.

Not everyone is lucky enough to have a smoke with the man himself. However, this article looks at the less publicized facts about this fascinating and down-to-earth character.

Who Is Willie Nelson?

Some have heard the name ‘Willie Nelson’ but are not familiar with who he is and what he has done. Currently in his late eighties, he is a longtime marijuana advocate. Nelson has openly supported the healing properties of the crop for decades. Back in the ’60s and ’70s, cannabis was illegal everywhere. As a result, it did not have the widespread appeal that it has today. Therefore, Nelson wasn’t a popular figure amongst the general population.

Born in 1933 in Texas during the Great Depression, Nelson developed a unique sound (known as outlaw country music) in a career that began in the 1950s.

He frequently blended the genre with jazz, blues, rock, and pop. In addition to founding Willie’s Reserve, “Shotgun Willie” has also acted in over 30 movies and co-authored a few books. Then there is the small matter of 70 solo studio albums!

He is a liberal cannabis activist and a co-chair on the advisory board of the National Organization for the Reform of Marijuana Laws (NORML). It is one of the most prominent groups fighting for the decriminalization and legalization of pot. Additionally, he owns a bio-diesel company called Willie Nelson Biodiesel!

Overall, he’s a man of many talents and is deeply involved in many worthy and environmentally-centered organizations, movements, and companies.

These are many things about Nelson that a considerable number of people know. However, not nearly as many are aware of the following five tidbits.

1. He Is a Man of Humor, Creating Jokes out of Some Difficult Situations

In 1990 Nelson got into legal trouble with the IRS for not paying his taxes. The government seized his assets as a result. He tried not to take it too personally. Instead, he allowed it to inspire some of his art, all while creating a solution to pay off the debt he owed. Rather than merely embarking on this endeavor himself, Nelson teamed up with the IRS. In typical fashion, he developed a creative way to repay the $32 million that he owed them. 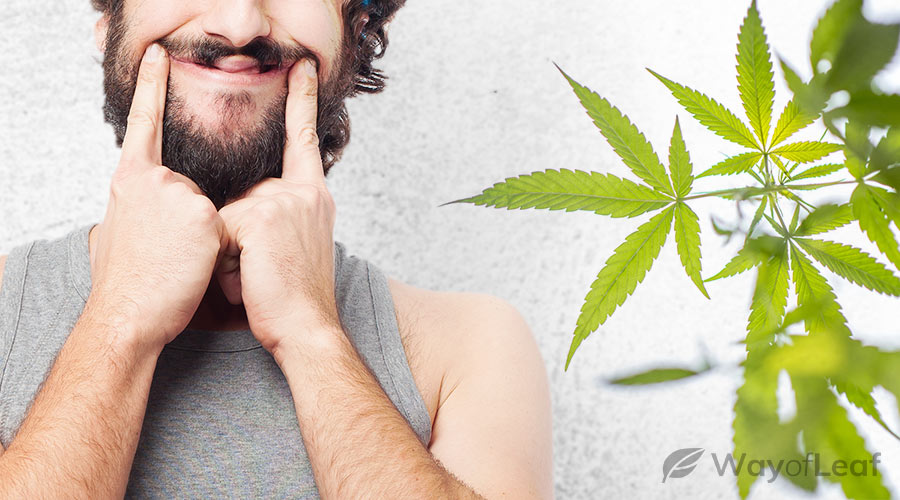 He negotiated a deal where he would record a new album. The IRS would then receive 15 cents or more off of every dollar that he made. The album was titled: “The IRS Tapes: Who’ll Buy My Memories.” It was a limited edition release that fans could buy as either a CD or cassette for $19.95. What’s even more hilarious, though, is the fact you could buy the recording by calling the number 1-800-IRS-TAPE. Phone-dialed purchases were still a thing back then!

2. He Would Do Just About Anything to Save His Pot

By doing just about ‘anything’ to save his marijuana, we mean ANYTHING! At one point, Nelson ran into a burning house to save a stash. In an interview in 1980, he explained how he saw his home in Nashville burning to the ground. As soon as he saw the flames, he only had one thing in mind: Save the weed!

He told interviewers that the special life-risking ganja was a pound of premium Colombian sativa. Nelson knew he had to run through the flames to retrieve it. However, he later claimed it was not the love for his herb that made him do so. Instead, he didn’t want firefighters to find it and potentially get him in trouble with the law.

The concept of cannabis-loving celebrities creating their signature marijuana strains isn’t uncommon. Individuals like Snoop Dogg and Wiz Khalifa have already done so. Yet Willie Nelson did not want to stick to the trend of coming up with a strain. Instead, he took it up another notch by creating a cannabis company called “Willie’s Reserve.” It offers a multitude of products, and is a self-professed way for the country legend to give back to the world for all the weed it has provided him with.

The claim is that it’s going to become a similar option for the cannabis world. This is a great idea and a robust business model. After all, marijuana will only increase in use and popularity, especially as more states legalize it.

The goal is for Willie’s Reserve marijuana products to spread as far as they can. The company aims to distribute some high-end cannabis brands that Nelson trusts.

Nelson intends to adopt an “anti-Walmart” model, bringing cannabis into the hands of trustworthy individuals. He wants to sell only top-notch, meticulously selected items. At present, you can purchase cannabis flower, vape products, edibles, and a lot more. Incidentally, Nelson had little difficulty raising tens of millions of dollars of capital. Investors likely sensed they were on to a winner.

Nelson isn’t a wasteful person. The fact he has played the same guitar for almost 50 years is a prime example of this. The guitar never really broke, though it did require repairs.

Ultimately Willie loves his guitar, which he named Trigger after Roy Roger’s horse. Because it still hasn’t failed him, he’s not trying to change something that isn’t broken. He began performing with Trigger in 1969 and always goes on stage with the vintage Martin N-20 nylon-string. He claims the guitar is still holding up pretty well. Chances are he’ll keep playing it for many more years.

As mentioned above, he has a biofuel company called Willie Nelson Biodiesel. He formed the company in 2004, and it helped the musician match his love for the environment with something practical. His wife drove a diesel car at the time, and Nelson wanted to produce ways for it to operate more sustainably.

Nelson’s company teams up with local farmers and turns their crops into fuel, which is used by American truck drivers.

The biodiesel is 100% produced in the United States. If you decide to purchase it to operate a biodiesel-approved vehicle, you can rest assured that the fuel Willie works towards generating is of top quality, just like his weed. It also simultaneously lessens the carbon footprint and benefits the environment.

You may have known about Willie Nelson before, or at least had heard of his name. However, perhaps you weren’t aware of some of the more intriguing aspects of his life and the organizations he associates with. If this is the case, we hope this article has served to shed some light on the humble country music artist and his life’s passions. At the time of writing, Nelson recently released another album, titled First Rose of Spring.

6
6 min read
Join the discussion
TOC
Premium
Your subscription has ended
If you love cannabis and appreciate our content, join WayofLeaf Premium today and receive:
Best of all, part of your membership fee will go towards helping to legalize cannabis.
Go Wayofleaf Premium
No thanks, I can't afford it
I already have an account
×
Login in to your premium account