At the time of writing, the United States Food and Drug Administration (FDA) has not approved the cannabinoid CBD. There is only one exception, Epidiolex. The product is a ‘pure CBD’ plant extract, developed by British company GW Pharmaceuticals.

This is a vital step in acknowledging that cannabis has a valid medical use. Hopefully, it will loosen the research restrictions that keep scientists from figuring out the possible health benefits of cannabis. On the other hand, it means more money for the massive pharmaceutical industry. This scenario isn’t necessarily a bad thing if the drug ends up helping millions of people worldwide.

In April 2018, the FDA committee unanimously recommended the approval of Epidiolex.

In April 2018, the FDA committee unanimously recommended the approval of Epidiolex. This decision established the first plant-derived cannabidiol medicine available for prescription use in the United States. The final vote deciding whether to approve the drug took place in June 2018 and passed with a high rating.

In this article, we take a closer look at Epidolex and the company behind the drug. We check out what GW Pharmaceutical does, why the compound was approved, and who it is designed to help treat.

What Is Epidiolex CBD?

Epidiolex is a liquid formulation of plant-derived cannabidiol (CBD), manufactured by a British company called GW Pharmaceuticals. It’s used to treat severe forms of epilepsy, including Dravet syndrome and Lennox-Gastaut syndrome. The former is a rare genetic dysfunction of the brain that begins during the first year of life. The latter is a type of epilepsy with multiple forms of seizures.

In July 2020, the FDA approved Epidiolex to treat infantile spasms and tuberous sclerosis complex (TSC). These issues start in infancy. They can cause a sudden stiffening of the arms, legs, and body with the head bent forward.

The FDA panel initially recommended the approval of the drug to treat both Dravet syndrome and Lennox-Gastaut syndrome. These are historically among the most difficult forms of epilepsy to treat. Most patients continue to have seizures despite using the medications currently available on the market.

Approximately 30,000 adults and children have Lennox-Gastaut syndrome, and even fewer than that have Dravet syndrome. These numbers make them rare conditions, which is why Epidiolex CBD has received what’s known as an “orphan drug designation.” TSC affects around 1 in 6,000 people.

This means the drug is developed specifically to treat a rare medical condition. To qualify for orphan drug designation, both the drug and disease must meet certain criteria specified by the ODA and FDA.

Epidiolex is available in the form of a viscous liquid dispensed in syringe droppers and is non-intoxicating. In other words, it doesn’t give users the effects of being “high.” Also, Epidiolex is made up of 99% CBD with zero THC, and the remainder consists of trace amounts of other cannabinoids.

Related article
What Is a Phytocannabinoid? [The Complete Guide]

More than just THC and CBD…

The move towards the approval of Epidiolex is a great development for the cannabis world, and specifically cannabis researchers. It admits that there are valid medical properties to some of the cannabinoids found in marijuana.

However, cannabis remains an illegal Schedule I drug at the federal level. It shares this designation with the likes of heroin, cocaine, and LSD. Therefore, researchers had to go through a rather complicated bureaucratic process to conduct their study on Epidiolex.

Now that it’s approved, Epidiolex is the first in a new category of anti-epileptic drugs. Various studies have been conducted on the drug, many of which showed a significant reduction in monthly convulsive seizure frequency. GW Pharmaceuticals is currently evaluating additional clinical development programs in other orphan seizure disorders. However, this process will likely take several years.

GW Pharmaceuticals is one of the world’s leaders in the development of “plant-derived cannabinoid therapeutics.” Founded in 1998, the company is listed publicly on the NASDAQ Global Market (GWPH). It has operations in both the UK and the USA. 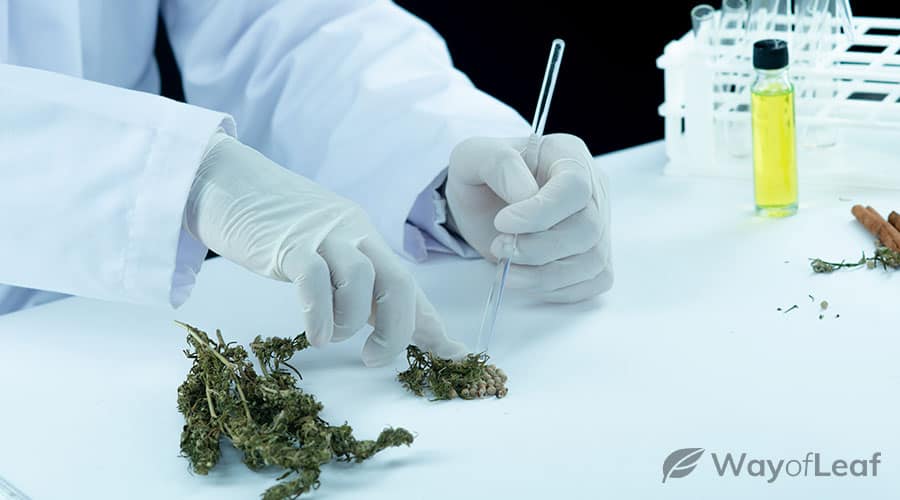 There are two well-known entrepreneurs behind the company, Dr. Geoffrey Guy and Dr. Brian Whittle. Both men are from the UK biotech sector. They worked closely with the UK’s Medicines Regulatory Authority and the UK Home Office. This enabled them to license the company and establish the necessary procedures to facilitate GW’s cannabinoid research program progress.

The first clinical trials conducted by GW Pharmaceuticals evaluated the different cannabinoid formulations as potential therapeutics. Their initial focus was on Sativex’s development. It is an oral mucosal spray that consists of two principal cannabinoid compounds, CBD and THC. Sativex has been studied in dozens of randomized placebo-controlled trials (with over 3,000 patients). It is the subject of many regulatory submissions and approvals.

In 2010, GW Pharmaceuticals made history when it launched the world’s first prescription cannabis-derived drug. The product was, of course, none other than Sativex, which treats multiple sclerosis. To date, it is approved for treatment in numerous countries outside of the United States.

Their latest project is Epidiolex. Studies show it is highly effective in treating children with the forms of epilepsy previously mentioned.

The mission of GW Pharmaceuticals is to “unlock the potential of cannabinoid medicines,” with the purpose of “addressing serious medical conditions [that have] limited treatment options.” The company has a deep pipeline of additional cannabinoid-based projects. These include compounds currently in Phase I and II trials to treat schizophrenia, epilepsy, and glioma, which involves tumors of the nervous system.

How Does Epidiolex CBD Oil Work?

As we speak, scientists are still performing intense research on Epidiolex and CBD in general. They aim to learn more about why they are effective in the reduction of seizures. The GW website explains that Epidiolex CBD oil can reduce inflammation and physical stress in the brain. This process leads to a reduced likelihood of experiencing a seizure.

However, the company does confirm that “the precise mechanism of action of the anti-epileptic cannabinoids is [still] a subject of intensive ongoing research at GW Pharmaceuticals.” GW knows that it must learn about the physiological mechanisms involved with how Epidiolex works on a molecular level.

GW has funded numerous studies. Some of them took place in the U.S. using non-approved, ‘artisanal’ CBD preparations to control seizures. In one study from 2013, 84% of parents reported a decline in the frequency of their child’s seizures.

Epidiolex is offering parents and children an unprecedented level of hope.

Current “traditional” treatments are often ineffective. They may include:

Epidiolex, on the other hand, is offering parents and children an unprecedented level of hope.

Why Did the FDA Approve Epidiolex CBD Oil?

The biggest concern surrounding Epidiolex was the potential risk of liver injury. However, the FDA’s official document notes that physicians can manage this by closely monitoring liver enzyme levels.

Also, it was determined that the risks associated with CBD were acceptable. This is especially the case given the effectiveness of Epidiolex for both Dravet Syndrome and Lennox-Gastaut Syndrome. Both conditions are classified as “debilitating and life-threatening disorders.”

Another major point of consideration in the approval process was that Epidiolex is comprised of 99% CBD. Remember, the cannabinoid is a non-intoxicating component. As a result, it doesn’t have the same side effects associated with cannabis. Among other things, these side-effects could include THC-induced anxiety and paranoia.

The FDA also confirmed that GW Pharmaceuticals had submitted positive efficacy results based on three randomized, double-blind, placebo-controlled trials. These were conducted on patients with both Dravet Syndrome and Lennox-Gastaut Syndrome. These studies’ positive results provided substantial evidence of CBD as an effective treatment for seizures associated with both conditions.

Here are the most effective st…

However, probably most noteworthy is the serious lack of “traditional” medication available to treat these seizures. This had left desperate parents of children with epilepsy at their wit’s end. Most of the drugs on the market include dangerous side effects and no effective treatment.

Laura Lubbers is the Chief Scientific Officer of a non-profit epilepsy research organization called CURE. At the time of Epidiolex’s approval, she told Business Insider that her group saw GW’s drug as a “long-awaited” treatment. This is especially true for patients who haven’t responded to other drugs. She stated that what makes Epidiolex most appealing is that it’s a “well-studied” and “well-controlled” product.

GW has sponsored numerous studies on Epidiolex’s anti-seizure effects. For example, one clinical trial analyzed the drug’s effects on 225 young people who suffered from Lennox-Gastaut syndrome. The participants were split into different groups. They received either a high dose, low dose, or placebo treatment for 14 weeks.

Results showed that the high-dose group participants saw a seizure frequency decrease of 42%. Those who received the low-dose saw a reduction of 37%. In comparison, those who were given the placebo benefited from a 17% seizure frequency reduction.

GW Pharmaceuticals could show that the product addressed a critical need.

A clinical trial that lasted 14 weeks looked at individuals with Dravet syndrome. Those who used Epidiolex had 26% fewer seizures than people who didn’t use the medication. In this trial, the recipients received 20mg of Epidiolex per kilogram each day.

GW Pharmaceuticals could show that the product addressed a critical need. This fact enabled them to apply for a designation to fast-track the FDA’s lengthy approval process. It showed that the FDA truly believes in Epidiolex CBD oil and its potential benefits.

Final Thoughts on the FDA Approval of Epidiolex

Epidiolex received a unanimous vote of approval from an outside panel of advisors to the FDA. This set a precedent for the final vote that took place in June 2018. It was never really a question of whether the medicine would gain approval; it was when.

Thus far, however, this approval is only for a single compound (CBD) that comes from the cannabis plant. It is only applicable to treat three rare medical conditions. We don’t yet know what this approval will mean for other conditions, other cannabinoids, or nationwide legalization of the plant. However, it is most definitely a step in the right direction for the world of marijuana and cannabis-based research.

At present, over 15,000 people have used Epidiolex, and the drug has earned a positive reputation.

1
3 min read
Join the discussion
TOC
Premium
Your subscription has ended
If you love cannabis and want to support our site, join WayofLeaf Premium today and unlock
Best of all, part of your membership fee will go towards supporting the fight to legalize cannabis.
Sign Up for WoL Premium
Not now
I already have an account
×
Log in to Your Premium Account