Although estimates vary, there are probably more than two million Americans currently in possession of an MMJ card. In the states where medical cannabis is legal, Oklahoma surprisingly has the highest percentage of cardholders. By July 2019, over 3.7% of Oklahomans had an MMJ card. California and Maine were next with 3.44% and 3.43%, respectively.

The list of qualifying conditions differs slightly according to the state. However, it generally includes HIV/AIDS, cancer, glaucoma, and epilepsy. There are thousands of studies that suggest cannabis has potential medical benefits. In recreational states, people who want to use weed for health reasons don’t need an MMJ card. As a result, it is difficult to pinpoint how many Americans use it for medical purposes.

However, should you consider using Mary Jane if you don’t have a significant medical condition? There are a few things in the plant’s favor in this regard. For starters, it is almost impossible to consume a toxic dose. Regular users claim it helps them relax after a hard day, and could even make them more sociable.

As for adverse effects, users must tread carefully. In the modern era, marijuana is incredibly potent. If a novice consumes too much of a powerful strain, they may get sick and elect to stay clear of the ‘demon’ herb. There is also the risk of addiction. While the Gateway Theory is nonsense and cannabis is less addictive than many legal substances, there is still a danger. An estimated 9% of users develop a dependence on the drug.

With these issues in mind, let’s look at several reasons why you could try marijuana if you don’t have a qualifying medical condition. Make sure you live in a legal state before imbibing!

1 – An Energy Boost & Desire for Exercise

The lazy stoner stereotypes are well-known and frankly worn out. These days, there is ample evidence that destroys any notion of the ‘on the sofa’ loser with no job. There is an abundance of marijuana strains more likely to get you moving than dropping you on your back. As a general rule, sativa-dominant strains are more likely to energize you. However, it is mainly due to the terpenes they contain. 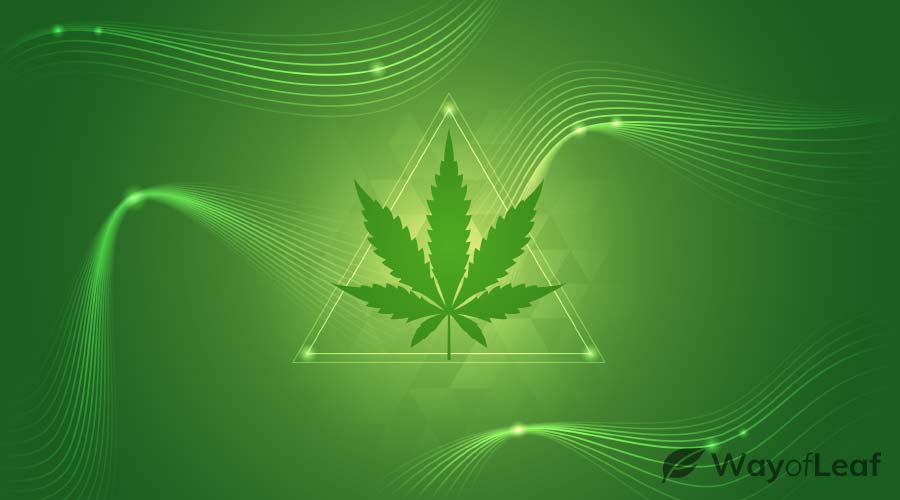 What will likely shock you is news that cannabis could increase your desire to exercise. At least, that’s what this study by YorkWilliams et al. found. Published in Frontiers in Public Health in April 2019, the team spoke to hundreds of cannabis users in several states where it is recreationally legal.

Approximately 80% of them said they use cannabis just before exercising. Over 65% said they use it before and after working out. Moreover, regular users averaged 40 minutes of exercise more than those who didn’t use it when they trained. Contrary to the myths, around 50% of users said they were more motivated to exercise when they consumed some herb.

Common sense dictates that you should use a small amount before working out. Otherwise, you could become too stoned to train safely. Also, it seems as if using cannabis works best for prolonged, endurance-style exercise.

For those who love music, the 1960s and 1970s was a golden era. Many of the greatest songs and albums ever created were by musicians high on drugs. Therefore, it is easy to claim that becoming intoxicated boosts creativity. If only it were that simple! Getting stoned doesn’t mean you suddenly release your inner Mozart. Yes, you could go to a piano and think you sound like the great man. In reality, you probably sound like an army of cats being neutered.

Research suggests that creativity is linked with increased cerebral blood flow (CBF) to the brain’s frontal lobe. A study by O’Leary et al., published in Neuropsychopharmacology in June 2002, looked at the effects of smoking cannabis on brain perfusion and cognition. It found that marijuana usage increased CBF to the frontal lobe. The study confirmed similar work published in the Berkeley Medical Journal a decade earlier.

It also seems as if cannabis can spark creativity, but it doesn’t necessarily help individuals who are already creative. This was the conclusion of a study by Schafer et al., published in Consciousness and Cognition in March 2012. The researchers divided people into high creativity and low creativity groups. Each participant brought their cannabis, so we have no idea as to the potency. It found that people in the low creativity group were more creative when intoxicated. However, there was no change in the high creativity group.

As you can see, this article continues to dismantle the stereotypical view of cannabis users. Once again, using weed doesn’t guarantee improved productivity, but it seems to help a selection of individuals. Most scientific research suggests that marijuana either reduces motivation or has little positive impact. It also potentially impairs executive functions, which decreases the ability to plan and function efficiently.

Many cannabis users claim it enables them to complete their tasks on time.

However, many cannabis users claim it enables them to complete their tasks on time. While getting stoned before a deadline isn’t the best idea, there is a school of thought that says a little goes a long way. The most likely scenario is that marijuana’s impact on focus or productivity is indirect.

After all, perception is everything. If you are high, you may feel more euphoric or energized depending on the strain. It would help matters if you were feeling energetic and happy before using weed. In this situation, you will likely feel better and become more likely to get to work.

Then again, some people use cannabis to deal with the symptoms of ADD and ADHD. If it can help with attention deficit disorders, then, in theory, it could focus the mind.

4 – Perception is Everything, Change It

Many people who use cannabis claim that things look and feel ‘different’ when they are stoned. Of course, it is our brain that makes these alterations because the scenery doesn’t change. One could argue that MMJ helps patients with issues such as pain and nausea through dissociation from feelings and the body. It may assist people by altering reactive thoughts about such feelings.

After all, it is our thoughts that cause our feelings, which lead to our actions. If you get a bad grade in an exam, no law says you have to let it ruin your day. If you ruminate over it and think of the negative aspects of failing, of course, you will feel down and upset. In contrast, you can look at the positives. Perhaps you can retake the exam, and the ice-cream flavor you like is back at the mall. You can spend the day enjoying a friend’s company. You still failed the exam, but your mood is different because of your perception.

Research to date suggests that the cannabinoids in weed work on serotonin, as do antidepressants such as Prozac. When we are intoxicated on pot, certain mental functions become enhanced. Others remain in the background, usually in the frontal cortex, aka, complex thinking central. The body prefers to send nutrients and blood to the lower brain, and avoid deep thinking as it deals with the chemical invaders. At this point, it is the limbic impulse and emotional centers that are running the show. Yes, you are entirely stoned!

Now is the time for introspection, personal reflection, and perhaps the opportunity arises for self-growth. This is a good thing; embrace it.

A growing number of people use MMJ to deal with conditions such as stress, anxiety, and depression. However, even if you are not clinically depressed or have a diagnosis for a medical condition, you may find weed useful. MMJ card or not, there is an excellent chance you are reading this in a state of stress. 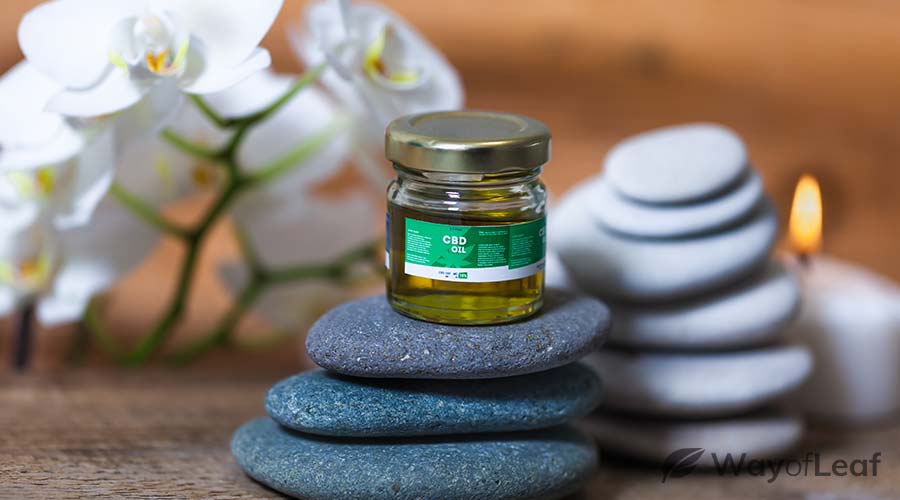 How can we possibly know that? Perhaps because Americans are among the most stressed people in the entire world. What are the causes? According to the American Psychological Association (APA), it is a question of taking your pick! Here are a few selected offerings, along with the percentage of people who are stressed out about it:

The APA published this poll in 2019. Given everything that has happened since you can bet the ‘Discrimination’ percentage has skyrocketed.

If you have ever used cannabis responsibly, you will know it can provide a feeling of complete relaxation. It is becoming typical for individuals to return home after a stressful day, and light a joint to settle down. Millions of people around the world perform a similar ritual with alcohol, so it isn’t a surprise to see cannabis used this way.

In essence, this article asks if you should consider using marijuana recreationally. It isn’t necessarily a popular choice with the public. For example, significantly more Americans are in favor of MMJ legalization rather than full adult-use legalization. Rastafarians hold cannabis dear, and use it as a means of becoming more spiritual. They don’t believe we should use weed to get stoned.

Ultimately, it is a personal choice and one that only adults should make. If you believe it can decrease your stress levels, or enhance your perception, go for it. Perhaps you think it gives you energy, or else it helps you beat deadlines. Whatever your reasons for using it, make sure you do so in a sensible fashion.

8
3 min read
Join the discussion
TOC
Premium
Your subscription has ended
If you love cannabis and want to support our site, join WayofLeaf Premium today and unlock
Best of all, part of your membership fee will go towards supporting the fight to legalize cannabis.
Sign Up for WoL Premium
Not now
I already have an account
×
Log in to Your Premium Account