Did you know there are over 1,200 slang terms for marijuana? Well, according to our sources (i.e. Google), it’s true. And on top of that, there are an additional 400-500 slang terms to describe being high. Probably the main reason why so many slang terms exist for weed is because of the plant’s long history of being illegal; those who used marijuana didn’t want to get caught, and as a result, they coined a bunch of specific phrases and words so they could effectively speak in code.

Of course, the mack daddy of all slang weed terms is ‘420.’ But where did this numerical moniker come from, and why does it now designate an official “weed holiday?”

What Does 420 Mean, and What Does it Have to Do With Pot?

Like so many good weed stories, the history of 420 begins with a group of California high schoolers back in the 1970s. Legend has it that a group of San Rafael High School stoners (known effectively as ‘the Waldos’) started a routine of getting high in front of the school’s Louis Pasteur statue every day after school.

In an interview with High Times, Steve Capper, one of the original “Waldos,” explained how he and his friends would set out each afternoon on a treasure hunt to find a mythical patch of government-planted marijuana on California’s rugged Central Coast. Their official meeting time was 4:20 p.m. every day after school in front of the Pasteur statue.

The term ‘420’ stuck, and supposedly, it spread like wildfire years later among Grateful Dead groupies, aka Deadheads. One of the original Waldos had a close connection with Phil Lesh, the Grateful Dead’s bass guitarist, and the band eventually picked up on the term, started using it on tour, and the rest is history. 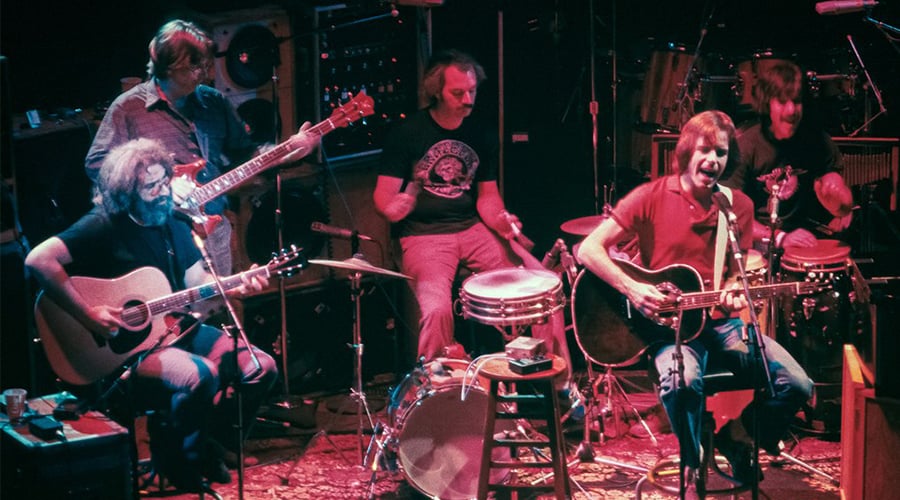 Come April 20th, the entire global cannabis community will be lighting up (or otherwise consuming) their favorite cannabis strain. Cannabis is now legal in most U.S. states, but if you’re one of the unfortunate ones that lives in a non-recreational (non-adult-use) state, there are still ways to partake in this iconic weed holiday.

One suggestion is to use a legal hemp-derived product like delta-8, HHC, or THC-O. These unique compounds provide a similar experience compared to standard THC from marijuana, but since they’re made from hemp (a legal plant thanks to the 2018 Farm Bill), they can be bought online and shipped to most U.S. states.

For readers that don’t live in a legalized state, WayofLeaf is offering exclusive 4/20 promos on hemp-derived THC-O and HHC products.

In terms of potency, some reports suggest THC-O is up to 3x stronger than delta-9-THC. Delta-8 is generally regarded about half as potent as THC, while HHC (hexahydrocannabinol) is the least potent of the three. That being said, all three of them have the potential to get you high and provide effects that are very similar to THC from “regular” marijuana. In light of the 4/20 holiday, we’re offering exclusive promo coupons through two reputable brands on hemp-derived THC-O and HHC products. (See below for our HHC coupon code or scroll to the bottom of the article for our THC-O coupon). 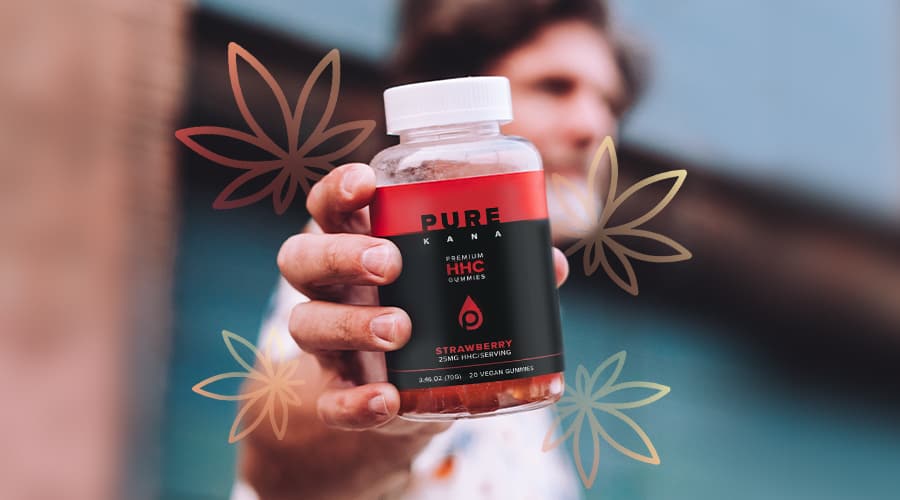 Try A 100% Online Process For Getting Your Weed Card

If you do in fact live in a state that has legalized cannabis, you don’t even have to go out of your house this 4/20 to buy marijuana. Companies across the United States are offering 100% online services where you can put an order in online, and in a matter of hours, a delivery will come and drop your product(s) off at your doorstep.

Some companies, like Veriheal, are even offering same-day medical marijuana card approvals; if you live in a medically legally state and want to buy weed on 4/20, you can go to Veriheal’s 100% online MMJ evaluation platform (see the link above), get approved, and then use your confirmation email to buy or order cannabis online that very same day.

Why We Still Associate 420 With Weed

Going back to the whole basis of this article and where the ‘420’ expression first came from, how is it that such an innocuous code name amongst high school friends 50+ years ago grew into the biggest and most popular marijuana slang term of all time?

Well, like a strain of grade-A landrace cannabis, it simply caught on and grew organically.

Situated in Marin County, California, San Rafael High School (which is just north of San Francisco) was essentially ground zero for cannabis popularity back in the ’70s. They didn’t know it at the time, but The Waldos were part of a massive counter-culture movement that would end up inspiring cannabis-related social and political events for generations to come. As it turns out, the iconic ‘420’ expression was just one of a countless number of grassroots movements that ended up influencing global cannabis culture.

Today, the ‘420 Holiday’ is more popular than ever. In the weed-frenzied streets of Denver, for example, ‘420 on the Block’ is a three-day music and marijuana festival that attracts over 15,000 people annually. Even in London, where cannabis isn’t even legal, thousands of people gather at Hyde Park to celebrate 4/20 each year. (Of course, they have to be careful not to use it in public).

Don’t Fall For These Myths About 420 and Weed

Now that you know the real meaning of 420 and weed, let’s take a little bit of time to bust some myths regarding marijuana and the iconic date of April 20th.

One of the most bizarre suggestions is that 420 relates to Adolf Hitler’s birthday. It’s a fair enough suggestion since the evil dictator was born on April 20, but there is absolutely no evidence that Hitler ever used marijuana.

As the cultural icon of stoners everywhere, it makes sense that people would instinctively relate ‘420’ to Bob Marley. However, the suggestion that 4/20 marks Marley’s death or birth is an outright myth. He in fact was born on February 6, 1945, and died on May 11, 1981, and neither his time of death nor his time of birth was 4:20 (am or pm).

Related article
710: What is It, and What Does it Have to Do With Weed?

A couple more reasonable explanations for the origin of ‘420’ relate to obscure cannabis-related laws. One rumor is that 420 was the original radio call that California police officers used to describe marijuana possession. However, there is zero evidence that 420 was ever a criminal code in any police department, California or otherwise.

In the song “Rainy Day Woman #12 and 35,” Dylan repeatedly says, “Everybody must get stoned!” If you multiply 12 x 35, you get 420, but alas, this is likely nothing more than a coincidence. Super odd and interesting, but a coincidence nonetheless.

The Number of Chemical Compounds in Cannabis

A Bill Pending in Congress

The suggestion here is that there is (or was) a Bill #420 pending in Congress that would have legalized cannabis at the federal levels. Sadly, no such bill exists, and it could be some time before it happens (if it ever happens).

Marijuana Legalization is Changing: Be Sure to Keep Up With the Times

Regardless of where exactly the phrase came from (there is at least one source that discredits the original Waldos story), the fact of the matter is that April 20 is a massive global cannabis holiday. People describe it as “half celebration, half call to action,” and it is indisputably the perfect time for cannabis advocates to get involved with local legalization platforms.

And of course, it’s also the perfect time to get high. If you live in a legal adult-use state, be sure to join us this April 20th at 4:20 pm (your local time, obviously) to partake in your favorite cannabis treat. And even if you don’t live in an adult-use state, you’ve still got options – companies like PureKana are offering massive 4/20 deals on delta-8 and delta-10 THC products, and these products will definitely get you high. Be sure and take advantage of the offer soon, though, so you can be well prepared by the time the big day comes around. 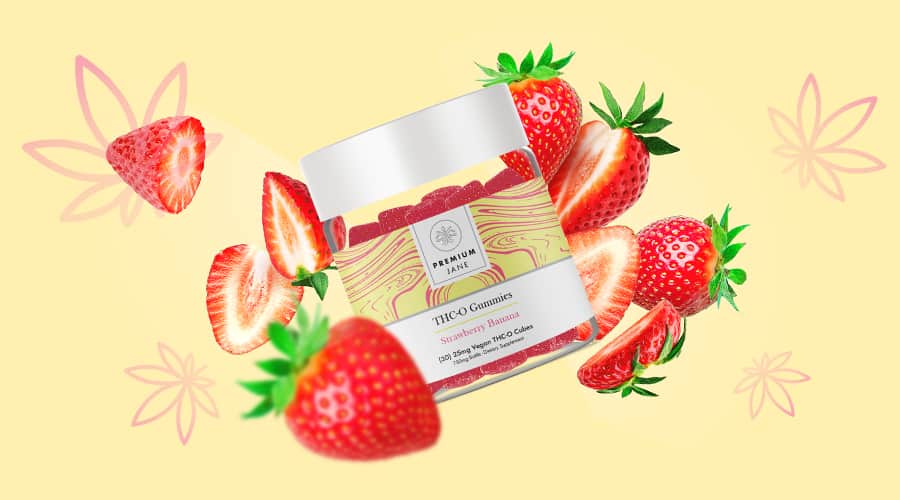 Try something new this 4/20 with authentic THC-O Gummies — 3x stronger than THC!