What Would Happen if You Got High Every Day of Your Life?

As cannabis connoisseurs, we would be lying if we said we hadn’t considered what life would be like in a state of permanent high. That being said, we understand that if we ever hope to get things done, being high all the time is just out of the question, shame huh?

If you are mad about marijuana, then you have probably considered what your life would be like if you got high every single day. In keeping with this idea, today we are going to be talking about this very thing as we take a look at one of the first long-term studies done into the effects of cannabis use.

Although this study is pretty revolutionary with regards to looking at how marijuana can affect us in the long term, we certainly have some things to say on the matter! So stick around to see if you are missing out by not getting high every day!

Why Should We Be Looking At The Long-Term?

Marijuana has been around for thousands of years. It has been used to build materials, promote healing, and even played a big part in many religious groups. It is safe to say, however, that the plant has been at the center of much controversy in its time, and it has only been in recent years that the plant has become more widely accepted.

Legalities across America have changed to allow for even more access to cannabis.

With such a massive turnaround in cannabis availability over the past five years or so, we have seen an increase in the number of people who use it, whether that is on the odd occasion or as a regular part of their lives. In fact, according to the National Institute on Drug Abuse, marijuana use had shot up dramatically from 14.5 million adult users in 2007 to 19.8 million in 2013. Since then, legalities across America have changed to allow for even more access to cannabis whether that is for medicinal or recreational use.

However, up until recently, there had been very few studies done into the long-term effects of marijuana use. Partly down to availability and the legal aspect, the majority of studies into marijuana are relatively short-term. Thus, knowing the impact of long-term and regular use has been hard to pin down. So, the importance of the study we are going to be looking at today is pretty huge!

In 1986, Professor Reto Auer wanted to look at the long-term effects cannabis could have on our cognitive abilities. It has been widely speculated that marijuana can not only affect our short-term memory but also impede focus and even have longer-lasting and more detrimental effects on our cognitive functions.

In order to get a clearer understanding of just how true these beliefs were, Auer began a study that would last for 25 years and ran from 1986 through to 2011, making it one of the first studies of its kind.

During these 25 years, a group of 3,385 study subjects consisting of both men and women of a variety of ethnicities was monitored periodically for changes in their cognitive function measures.

The study subjects used all had varying levels of exposure to marijuana in their lifetime and ranged from 18-30 years of age. Along with varying ethnicities and ages, researchers selected subjects of varying educational backgrounds to ensure the test was as fair as possible.

During the study, subjects were assessed for their current and cumulative marijuana use. These assessments took place at the start of the study, and again after years 2, 5, 7, 10, 15, 20, and 25 when the study ended. It was vital to the findings that researchers kept an up to date record on how much exposure each subject was getting to marijuana, both at that time as well as across their lifetime. These were the questions asked at each assessment:

By getting an answer to both of these questions, researchers were able to come up with a unit of measurement known as ‘marijuana years.’ In short, one marijuana year equaled 365 days of cannabis use. 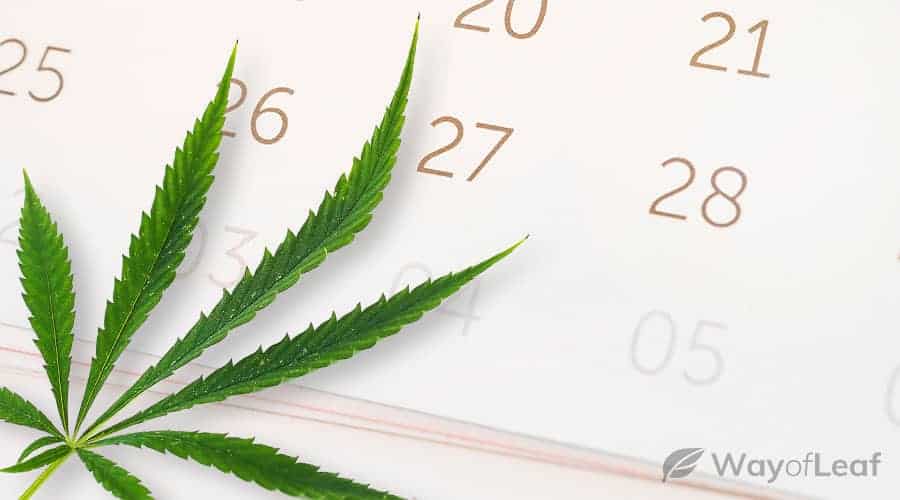 By combining both current and cumulative marijuana use data, researchers were able to estimate how many days each subject had smoked marijuana accurately, and this was computed in marijuana years.

To accurately assess the subject’s cognitive abilities, certified CARDIA technicians performed a series of three tests at year 25. These tests consisted of the following:

In keeping with other studies that have looked at the cognitive impact of long-term cannabis use, the results of this long-term study are somewhat discouraging for cannabis lovers. However, before we throw our opinion into the mix, let’s check out what the researchers found:

Our Take On The Study

First off, we do not promote the everyday use of marijuana but appreciate for many patients using the plant that this is their only option for on-going relief. It is for that reason that studies such as this are so essential to understanding precisely how long-term cannabis use could be affecting us.

Unsurprisingly, this study is in keeping with the various others that have been done into cannabis use and cognitive ability, with the vast majority believing that cannabis can impede our memories and abilities to concentrate dramatically. However, that being said let’s try and pick apart this argument slightly:

Round-Up: Will You Be Smoking Marijuana Every Day?

Well, there you have it – you wanted to know what smoking cannabis every day could do, and now you have an idea, pretty disappointing, no? All jokes aside, this study has been incredibly important for the future of marijuana, and the findings are indeed interesting, despite the somewhat unpleasant results.

Research like this is vital, particularly for patients who use cannabis regularly as a medicine.

While the cannabis industry is growing, research like this is vital, particularly for patients who use cannabis regularly as a medicine. What we would like to know in the comments is whether this has changed your opinion on marijuana, or not?

We have to say that although this study is vast, more needs to be done to properly analyze the effects of cannabis use, with all other factors considered.

Let us know your thoughts down in the comments!

Related article
How Much Marijuana Is It Possible to Smoke in a Month?

These figures will blow your m…

The Cannabis Debate Towards Legalization