We have entered a brave new world of marijuana use. Cannabis is legal for recreational use in 11 states plus technically, Washington, D.C. It is also available to people with MMJ cards in 22 other states.

In 2012, Washington became the first state to legalize marijuana for adult recreational use. However, Colorado became the first actually to sell it legally on January 1, 2014. Four years to the day, California began selling recreational cannabis. This act significantly increased the size of the market.

However, neither recreational nor medical marijuana laws typically extend into the workplace.

If you live and work in a state like California or Colorado, you can’t use cannabis at work. Many workplaces treat marijuana like alcohol. Employees will get in trouble for drinking alcohol at work, so the same applies to cannabis.

No state forces companies to tolerate marijuana usage at work. Even in seemingly liberal states, you can lose your job for being intoxicated in the workplace. However, some states do protect employees who use cannabis during their time off. Let’s find out more about marijuana in the workplace in this article.

Can You Get Fired for Using Medical Marijuana at Work?

Yes. Cannabis can impair a person’s mental and physical capabilities. You can get arrested for DUI for using marijuana while driving, for example.

Therefore, it is only right that you’re not allowed to use recreational weed at work. However, it is okay to use marijuana during days off work, as long as you don’t turn up stoned, right?

Wrong! Despite the state’s  ‘liberal’ reputation, California law ensures employers can fire an employee for using cannabis, on or off the job.

If you fail a drug test, you could have your contract terminated. Companies in the Golden State can also refuse to hire an applicant who produces a positive drug sample in pre-employment screening.

California has the ‘at-will’ doctrine. It allows employers to fire staff for any reason. The only exception is for reasons deemed unlawful by the state’s legislature and court decisions.

Cannabis in the Californian Courtroom

In 2008, Ross v. RagingWire Telecommunications went all the way to the state’s Supreme Court. Gary Ross, the plaintiff, alleged that RagingWire, his former employer, had discriminated against him for having a disability. The company fired him after he tested positive for weed. According to Ross, he was using medical marijuana to treat his chronic back pain.

The California Supreme Court ruled in favor of RagingWire. It said that employers were under no obligation to accommodate the use of medical marijuana in the workplace. As such, they could legally fire employees for cannabis use.

While marijuana is now legal for recreational use in California, not much has changed. You can still lose your job for using MMJ at home. Again, fail a drug screening, and you could get fired.

What About Employees Who Use Medical Marijuana for Disabilities?

Despite California’s stance, employers in other states are finding it difficult to follow suit. The American Disabilities Act (ADA) prevents employers from discriminating against ‘qualified individuals’ due to a disability. Companies have to offer ‘reasonable accommodations’ to staff with disabilities. This is to ensure that they can perform their role’s essential functions. 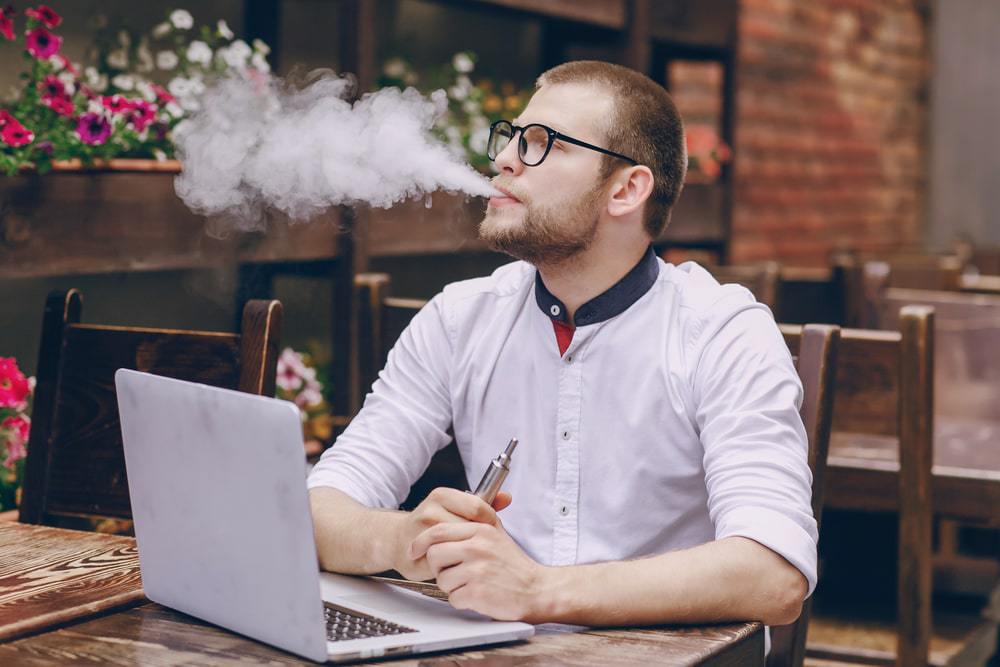 A ‘qualifying individual’ may have a medical condition such as Crohn’s Disease or permanent nerve-related disorders. For these qualified patients, using MMJ at work could have a ‘positive impact’ on their ability to perform their job. This assumes that ADA regulations enable them to use cannabis at work as they would traditional medication.

When used with a doctor’s recommendation, MMJ could be seen as essential for a person to properly perform their job. Gary Ross was unable to prove this, however. As a result, he lost his job for using medical marijuana at work.

Cannabis Use ISN’T Treated the Same as Alcohol Consumption

In California, even companies with a ‘Don’t Ask, Don’t Tell’ policy can fire anyone who tests positive for marijuana in a drug test. The problem here is that these tests don’t show when a person used cannabis. Therefore, the company doesn’t know if the employee was under the influence of pot while in the workplace.

It seems unfair to fire someone for using medical marijuana at home. This is especially the case in states where it is legal for both recreational and medicinal use.

Imagine the outcry if a company fired someone for a positive alcohol test when the person drank a glass of wine the previous evening!

In 2015, the Colorado Supreme Court ruled that companies can still fire staff who use medical marijuana. It held that weed use is unlawful under federal law. Therefore, medical marijuana isn’t ‘lawful’ under the state of Colorado’s off-duty conduct law.

In February, Colorado legislators voted against a bill that aimed to protect employees. HB 20-1089 would have prevented companies from firing staff who used cannabis off the clock.

Some States Offer Protection for Weed in the Workplace

Several states have enacted laws that offer protection to employees. In these cases, staff can use MMJ at work to carry out their duties.

In New York, the 2014 Compassionate Care Act (CCA) helps medical marijuana using employees. Certified MMJ users are safe from ‘disciplinary action by a business’ for exercising their right to use medical cannabis.

In Massachusetts, the Supreme Judicial Court made an important ruling. It said that medical marijuana patients fired for a positive marijuana drug test could ‘seek legal remedy.’ The ruling came as part of the Barbuto v. Advantage Sales & Marketing, LLC case back in September 2015. Plaintiffs can claim handicap discrimination, which violates Massachusetts state law. 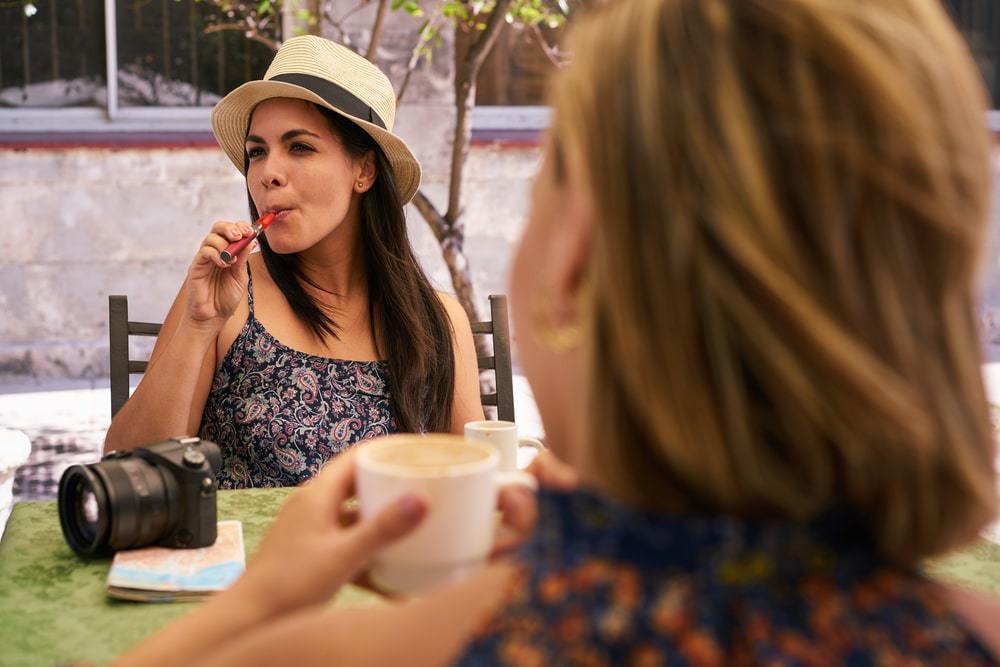 In the Barbuto case, the Court stated that Advantage Sales & Marketing should have tried to engage in the interactive process. The company failed to determine if Barbuto’s use of weed in the workplace could have been accommodated.

Barbuto had Crohn’s disease and had informed her employer about the legitimate need to use marijuana to treat her condition. When she tested positive for cannabis, the firm fired her as part of its ‘zero-tolerance’ drug policy.

Advantage claimed that, because marijuana is federally illegal, it was under no obligation to accommodate its employee. The court explained that Advantage was in no danger of violating any law by allowing Barbuto to use medical marijuana. Moreover, the court ruled that it was unfair for the plaintiff to choose between her job and her health.

Meanwhile, in Rhode Island, the 2017 case Callaghan v. Darlington Fabrics was also a victory for medical marijuana users. The state’s Supreme Court ruled that an employer’s enforcement of its drug testing policy violated Rhode Island’s anti-discrimination provisions with regards to its medical marijuana law. On this occasion, it was because a company dismissed an applicant for using medicinal cannabis.

The plaintiff, Christine Callaghan, was referred to Darlington as she searched for an internship. She openly admitted that she carried a medical marijuana card when told about the upcoming drug test. Callaghan also stated that she would fail the test as a result. Darlington’s HR coordinator, Karen McGrath, informed Callaghan that she would be ‘unable to hire her.’

Additionally, things are looking up for residents of Maine who enjoy marijuana during leisure time. In February 2018, it became the first state to protect employees who use cannabis outside of work hours. The Maine Department of Labor ruled that cannabis should be removed from employers’ list of substances tested.

The new Maine law also states that companies cannot refuse to hire someone for consuming marijuana outside the organization’s property.

The Department has made an effort to offer protection for companies too. Employers can implement a ban on marijuana use in the workplace. Also, they are free to discipline anyone who breaks the rules.

However, a positive drug test is no longer enough to prove that a staff member was under the influence of cannabis while at work. This is excellent news because urine tests often show marijuana days after a person uses it. Theoretically, you could use weed over the weekend. If you have to take a drug test on Monday, it may show up and cost you your job.

Final Thoughts on Marijuana in the Workplace

Ever-changing marijuana laws are proving a severe challenge for HR departments of companies in states with legal cannabis. These companies have to adapt their policies frequently. They also face moral (and legal) implications based on their actions or inaction.

It seems incredible that a person who is approved to use medical cannabis can lose their job. How can such individuals perform their role to the best of their ability when hampered by a medical issue? If they use a ‘traditional’ drug, they have no issues. Yet if they use something else that’s also legal in their state, they could lose their livelihood!

Employers such as Darlington Fabrics in Rhode Island and Advantage Marketing & Sales in Massachusetts are learning a harsh lesson. They have found that some states require employers to engage in an interactive process to accommodate MMJ users.

It seems odd that in states where weed is legal for recreational use, employees can lose a job for using cannabis off duty.

No one is reasonably suggesting that people should legally get stoned at work. Employees should know that eating an edible at lunch is the same as drinking a beer. However, employees should be allowed to use cannabis outside of work in states where it is legal.

Qualifying individuals should be allowed to use MMJ to help manage medical symptoms in places where it is legal. Maine has displayed admirable common sense by removing cannabis from employment drug testing. We hope that other states follow suit in the years to come. At present, 16 states now offer some protection for MMJ. There are rumors that California will eventually follow suit.

An Evolution of Marijuana Slang Through the Years