After being widely used for millennia, the cannabis plant was virtually globally prohibited by the middle of the 20th century. In the United States, the Marihuana Tax Act of 1937 banned the substance. The Controlled Substances Act (CSA) of 1970 followed up by placing cannabis and hemp on Schedule I.

While cannabis remains illegal in a federal sense in America, there are medical marijuana programs in over two-thirds of states. Almost 70% of the population believe that cannabis should become federally legal. One of the main drivers behind the change in public opinion is the work of dedicated cannabis organizations.

There are dozens of noteworthy groups, but this article focuses on five with enormous influence.

Keith Stroup founded the National Organization for the Reform of Marijuana Laws in 1970. He did so after receiving $5,000 in funding from the Playboy Foundation. It transpired that Hugh Hefner, the founder, and owner of Playboy, was a marijuana advocate. By the middle of the 1970s, Hefner was donating approximately $100,000 a year to NORML. This huge cash injection allowed the organization to set itself apart from the rest.

NORML has achieved an incredible amount. Remember, public support for cannabis legalization was just 12% when it was founded in 1970. It has gained a reputation for fighting against marijuana prohibition through creative methods. NORML has also sprung to the defense of people facing lengthy prison time for cannabis crimes.

NORML was hugely influential in the successful campaign to legalize MMJ in California in 1996.

One of the group’s biggest achievements is its continual battle to provide the public with accurate, up-to-date information on cannabis. It has been involved in a huge amount of research that has shown the benefits of marijuana. These studies have also exploded many myths about the plant, which had damaged its reputation.

By publishing its findings, NORML brought this data to public attention. This action helped the fight for decriminalization and legalization in certain states to succeed. NORML was hugely influential in the successful campaign to legalize MMJ in California in 1996. Since then, it has got involved in every state battle relating to marijuana reform.

The MPP’s motto is “We Change Laws.” Founded by Mike Kirshner, Chuck Thomas, and Rob Kampla in 1995, this organization deserves to make this claim. All three co-founders previously worked with NORML. After months of in-fighting, Kampla and Thomas were fired, while Kirshner quit. They combined to create their own group using ideas they had tried to implement at NORML.

This non-profit organization is America’s biggest cannabis policy reform group. The 40,000+ MPP members come from every state and a few overseas nations like Australia and Britain.

With so many different laws, w…

MPP spends much of its time trying to live up to its motto at the state level. The organization was heavily involved in the drive to legalize cannabis in Colorado in 2012. It helped draft Amendment 64, the legislation that ultimately led to adult-use marijuana in the state.

MPP has also devoted time and money to successful legalization and regulation campaigns in Maine, Alaska, Nevada, and Massachusetts. It has also played a significant role in the legalization of MMJ and recreational cannabis in over a dozen states, not to mention helping decriminalize the substance in several other locations.

Technically, the DPA’s work began in 1992 when Ethan Nadelmann met George Soros to discuss a way to bring drug legalization into the public sphere. The DPA began in earnest in 1994 when Nadelmann formed the Lindesmith Center. His goal at the time was to legalize the use of all illicit drugs. The DPA became an official organization in 2000 after a merger between the Lindesmith Center and Drug Policy Foundation. 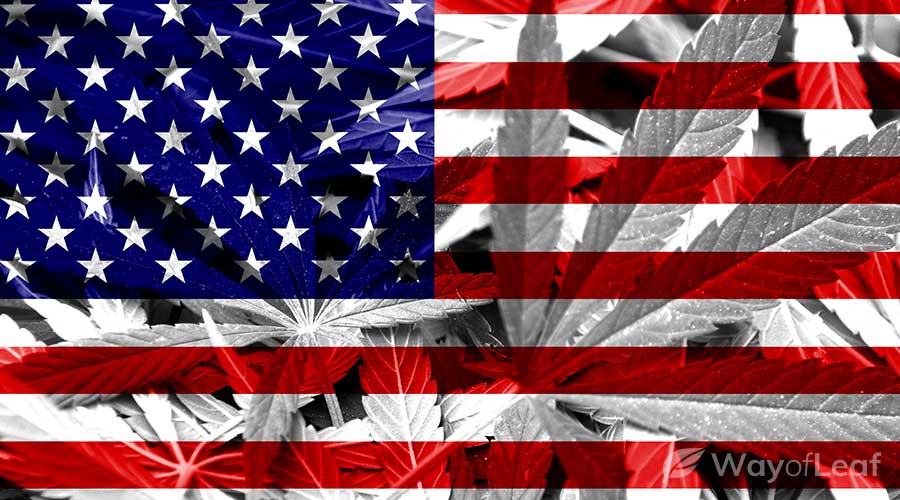 The DPA is adamant that the War on Drugs is a failure and is hurting far more people than it has ever helped. It wants lawmakers to try a new approach grounded in human rights, health, compassion, and science. The DPA ultimately hopes that we can live in a society where people are only punished for crimes against others and not what they put into their bodies.

One of its main goals is to ensure that MMJ is fully legal for seriously ill people. The DPA works on a state-by-state level to educate governors and citizens on the subject of medical marijuana. The group hopes that the number of drug overdose deaths will prompt lawmakers to see drug use as a medical issue rather than a criminal one.

It took several years for the DPA to have its first legislative ‘victory.’ It supported Proposition 36 in California in 2000, which passed with over 60% of the vote. This measure allowed non-violent drug offenders to get rehabilitation instead of serving a jail term.

The DPA sponsored California’s MMJ law, Proposition 215, in 1996. It also supported legalization efforts in Alaska, Oregon, Washington, Maine, and Colorado. None of these efforts were successful at the time. It took the intervention of the MPP with its huge bankroll to turn the tide.

The ICRS was founded in 1992 as a scientific research society. As the name suggests, it studies the effects of cannabinoids and has members worldwide. At the time of writing, there are over 650 members. It is a non-political, non-religious group that focuses on researching all cannabinoid fields.

The ICRS is an impartial organization that lets the data do the talking.

The ICRS is an impartial organization that lets the data do the talking. It provides an open forum for researchers to discuss their latest work. The society holds an annual symposium that lasts for several days. It brings together some of the world’s best researchers, who present their latest findings to the audience.

Formerly known as Law Enforcement Against Prohibition, LEAP changed its name in January 2017. The group was founded in 2002 and consists of ex-police, judges, prosecutors, and other criminal justice experts. They combine their expertise to improve drug policy and advocate reforms to help society. LEAP has more than 150,000 members from all over the world.

We take a closer look at the e…

The members of LEAP have seen the devastation caused by the War on Drugs first-hand. Therefore, they understand its futility and believe there is a better approach. The group also hopes to restore the public’s faith in law enforcement. Public perception of the police has taken a hit, mainly because law enforcement officials are forced to carry out drug prohibition.

LEAP advocates alternatives to imprisonment for drug offenses and supports the reduction of mandatory minimum sentences. In 2018 alone, the group made over 4,600 media appearances to outline its vision of where drug policy should go next.

All of the above organizations have worked incredibly hard to further the cannabis cause. Their aims vary from full legalization to decriminalization, the promotion of medical marijuana, and harm reduction.

Many other groups which we didn’t include above also deserve praise. They include the:

Without the efforts of these organizations and others, many people would still retain a similar anti-marijuana stance as we did in the 1930s.

6
5 min read
Join the discussion
TOC
Premium
Your subscription has ended
If you love cannabis and want to support our site, join WayofLeaf Premium today and unlock
Best of all, part of your membership fee will go towards supporting the fight to legalize cannabis.
Sign Up for WoL Premium
Not now
I already have an account
×
Log in to Your Premium Account