The growth of the cannabis industry is aided by increased legalization. It is only fully legal in Canada and Uruguay at present. However, it seems likely that Mexico will follow in the next couple of years.

Cannabis is quickly becoming one of the fastest-growing markets in the U.S. New brands are appearing on an almost daily basis. There is now more choice than people could have even thought possible a decade ago. It is no surprise that established corporations that are non-marijuana based are also looking to get involved.

Cannabis is quickly becoming one of the fastest-growing markets in the U.S.

The two biggest industries affected are gardening stores and health food brands. It is a regular sight to see CBD adverts in the window of your local health food store. You also often see plant nutrients explicitly designed for marijuana from top garden suppliers.

With so many legislative and product changes, it is a confusing industry to those on the outside. Let’s take a closer look at the current law governing the use of weed and what this means for you as a consumer.

Is Weed Legal in the U.S., and Where?

Laws regarding the legality of weed are set on the state level. As a result, they vary depending on where you live.

This can make it somewhat confusing at times for the consumer, as well as the investor. This is not a problem when shopping in a physical store, as they are unlikely to sell something illegal openly. However, it is essential to understand the law when shopping online. For those looking to grow cannabis at home, it is also vital to know the legal implications. 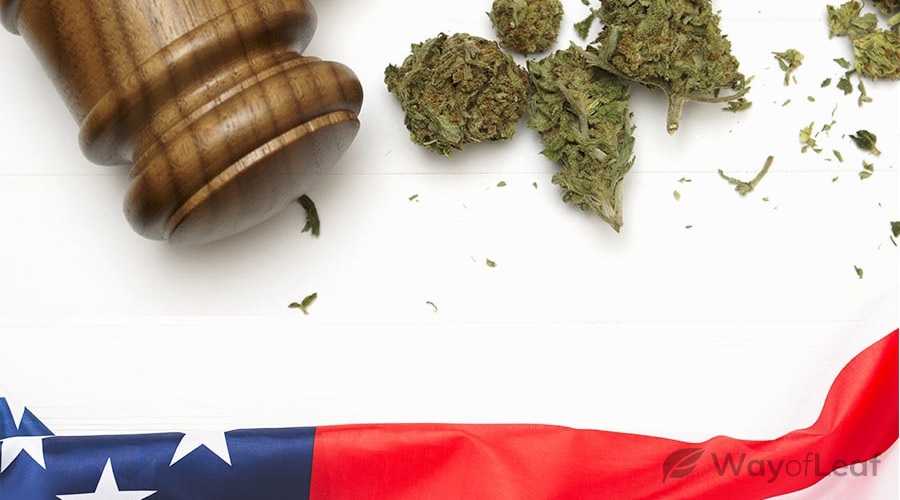 In America, 35 states allow medical marijuana at least. Fifteen in total technically permit recreational cannabis. In some of these states, sales won’t begin for another year or two. The vast majority of states have also decriminalized the use of the plant. This means the possession of up to an ounce (depending on the state) isn’t a crime that ends up on your permanent record.

How Have Changes in the Law Impacted the Industry?

As the list of states where weed is legal continues to grow, so does the industry’s profitability. Investors are increasingly looking to pump their money into marijuana brands, hoping to benefit from the changing market.

Estimates vary, but the legal cannabis market alone is worth $15-19 billion per annum. By 2024, sales could swell to over $30 billion a year in America alone.

The marijuana market has massive potential growth and an enormous amount of value. So, which companies are currently the most prominent industry leaders in the U.S.? The likes of Canopy and Aurora are Canadian, which is why they don’t feature on this list.

This Massachusetts-based organization grows, processes, and sells marijuana via dispensaries in at least 18 states. In July 2020, it purchased Grassroots, a Chicago-based weed cultivator and retailer, for $830 million.

This acquisition turned Curaleaf into the world’s biggest marijuana company by sales. Its executive chairman, Boris Jordan, claims its expected annual revenue has now exceeded the $1 billion mark. Its market cap remains lower than many Canadian companies, but it is growing rapidly.

While other firms suffered during the pandemic, Curaleaf has thrived.

While other firms suffered during the pandemic, Curaleaf has thrived. It purchased 15 companies between July 2019 and July 2020. The firm hopes to scale up across the United States. Its market cap of over $7 billion is also remarkably high by the standards of the industry.

Rapid expansion in the cannabis industry is indeed a risk. There are concerns that Curaleaf is too aggressive in its expansion. However, Jordan is a billionaire with excellent connections. Therefore, the company shouldn’t have as many problems as others in accessing money.

As we mentioned in the introduction, non-cannabis companies are becoming heavily involved. Arena Pharmaceuticals is a prime example. This biopharmaceutical company was founded in California in 1997.

Its main marijuana product is APD371. This is a painkiller designed for patients with Crohn’s disease. Arena is committed to advancing each of its compounds to ensure that patients derive maximum benefit. Certainly, getting involved in the cannabis industry has paid dividends for Arena. At the time of writing, its market cap was over $4 billion.

Green Thumb was one of the industry’s many firms to take a huge share price hit in recent times. The company’s shares were worth $21 each in September 2017 but fell to $4.36 in March 2020. However, it has enjoyed enormous growth in the last year, and its share price was at an all-time high by the end of 2020. At that point, its market cap was worth close to $5 billion.

It has a retail chain called ‘Rise,’ from which it distributes its products. It also makes sales through other brands such as Essence, 3C, Bluepoint, and F.P. Wellness. With hundreds of employees and a double-digit number of manufacturing facilities, Green Thumb’s growth is real. It has opened dozens of stores in the last couple of years, as expansion continues apace.

Scotts Miracle-Gro is an excellent example of a company that has acted fast to grab themselves a share in the market.

Initially established in 1868, most people will recognize the name Scotts Miracle-Gro from popular garden products such as soil and flower pots. Scotts Miracle-Gro has branched out into selling a range of gardening products directed at those growing marijuana plants. They don’t have greenhouses for cannabis, but they supply everything you need to cultivate the plant.

Trulieve is another rarity; an American cannabis company worth over $1 billion. The brand is worth close well over triple that amount at this point. The company is on the Canadian stock exchange but is based in Florida. It also happens to be the largest MMJ dispensary brand in the Sunshine State.

These days, Trulieve also has dispensaries in Connecticut, California, and Massachusetts.

These days, Trulieve also has dispensaries in Connecticut, California, and Massachusetts. However, for now, at least, it is focusing on Florida, with over 40 dispensaries there. Its share price remains robust, while chaos reigns around it. Indeed, stock in Trulieve was at its highest ever level by the end of 2020. It appears to have a sound business model and a chance to continue its success.

Final Verdict About the Biggest Weed Companies in the U.S.

When deciding who the biggest weed companies are, you often need to scale your expectations. Marijuana companies tend to be on the smaller side, as more giant corporations have yet to form. However, this list shows that cannabis-centered organizations, such as Trulieve, can morph into billion-dollar businesses.

Then there are massive companies like Scotts Miracle-Gro Co, which have shifted from an already established market demographic. However, most other companies are still finding their feet.

The companies featured here are not the norm in the marijuana industry. They consist of a rare case of a weed firm, making it big and major players in other sectors. There are thousands of small and mid-range marijuana companies. They could represent a lucrative investment but are undoubtedly a risky one. For every Trulieve, there are dozens, if not hundreds, of failures.