How – And Why – Cannabis Became Illegal in the USA

The cannabis plant is known by many names: Pot, Mary Jane, weed, and marijuana, to name but four. Its use as a medical treatment is a hotly debated topic. Opponents claim it offers no therapeutic value but stand by killer opioids. Its defenders point to a litany of studies that outline that marijuana helps ease symptoms of conditions ranging from arthritis to PTSD.

At the time of writing, marijuana is legal for recreational use in 11 American states. It is also legal for medical use in 33 states plus D.C. This is set to rise to 15 and 35 states, respectively, after recent voting saw people overwhelmingly welcome marijuana.

However, many people are unaware of the extremely long history of cannabis. It was legal for thousands of years. It is only in the last 100 or so years that the plant became demonized, and eventually, illegal. In this article, we chart the journey to cannabis prohibition. First though, let’s take a quick look at how it made it to the shores of different nations.

The Early History of Cannabis

Its first use is commonly attributed to a Chinese Emperor named Fu Hsi almost 5,000 years ago. About two centuries later, Emperor Shen Nung discovered the cannabis plant’s healing properties. At least, that’s according to legend. In reality, both emperors are part of Chinese mythology and almost certainly didn’t exist.

However, there is evidence that prehistoric people used marijuana some 12,000 years ago. Archaeologists discovered a Neolithic site in modern-day Taiwan that dates from approximately 10,000 BC. The excavation revealed patterns of hemp strips on sandy pots.

It seems as if the ancient Chinese wove their clothes from hemp and used its fiber to make shoes. Chinese manuscripts outlined the need to plant hemp to help make clothing. Around 2,000 years ago, legend has it that a minor Chinese court official came up with the idea of using cannabis to make paper. It also appears that the Chinese used weed as a medicine, regardless of the Shen Nung myth. 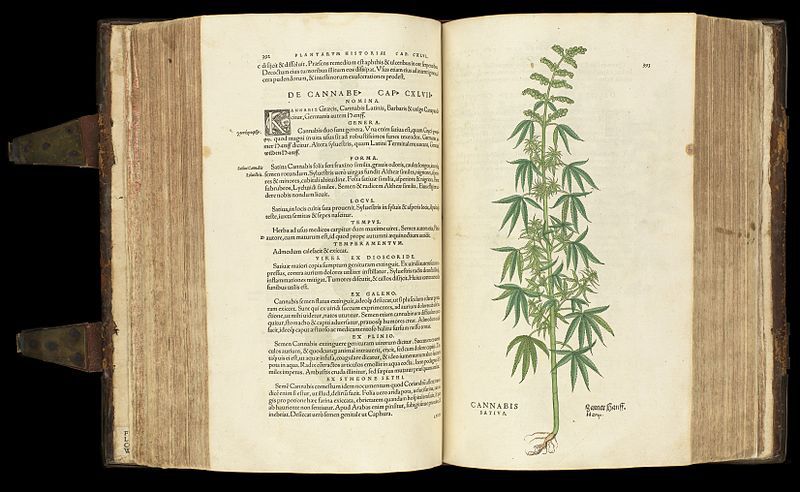 Meanwhile, the ancient Egyptians possibly began using marijuana in approximately 1200 BC. The plant likely made its way to the Middle East approximately 500 years later.

Cannabis spread to Europe by the second century BC. The Greeks used it as a remedy for edema, inflammation, and earache. A Chinese compendium of drug recipes, written in 1 AD, recommended cannabis for over 100 ailments, including malaria and rheumatism!

One of the first controversies surrounding the plant took place circa 900 AD. An Arab physician named Ibn Wahshiyah claimed marijuana was a ‘lethal poison.’ Nonetheless, the Arab world used it at this time to treat a host of conditions. By the 16th century, practically every herbalist had hemp in his medicine cabinet. There is strong evidence that even William Shakespeare enjoyed a joint or two.

The plant was spread to the New World by the Spanish in 1545, while English settlers brought it to Jamestown in 1611. Marijuana is a fast-growing plant that is easy to cultivate and has an array of uses. Therefore, it quickly spread throughout colonial America and in Spanish missions in the Southwest of the country. Within a couple of decades of its arrival, farmers in colonies in Massachusetts, Connecticut, and Virginia were required to grow it. 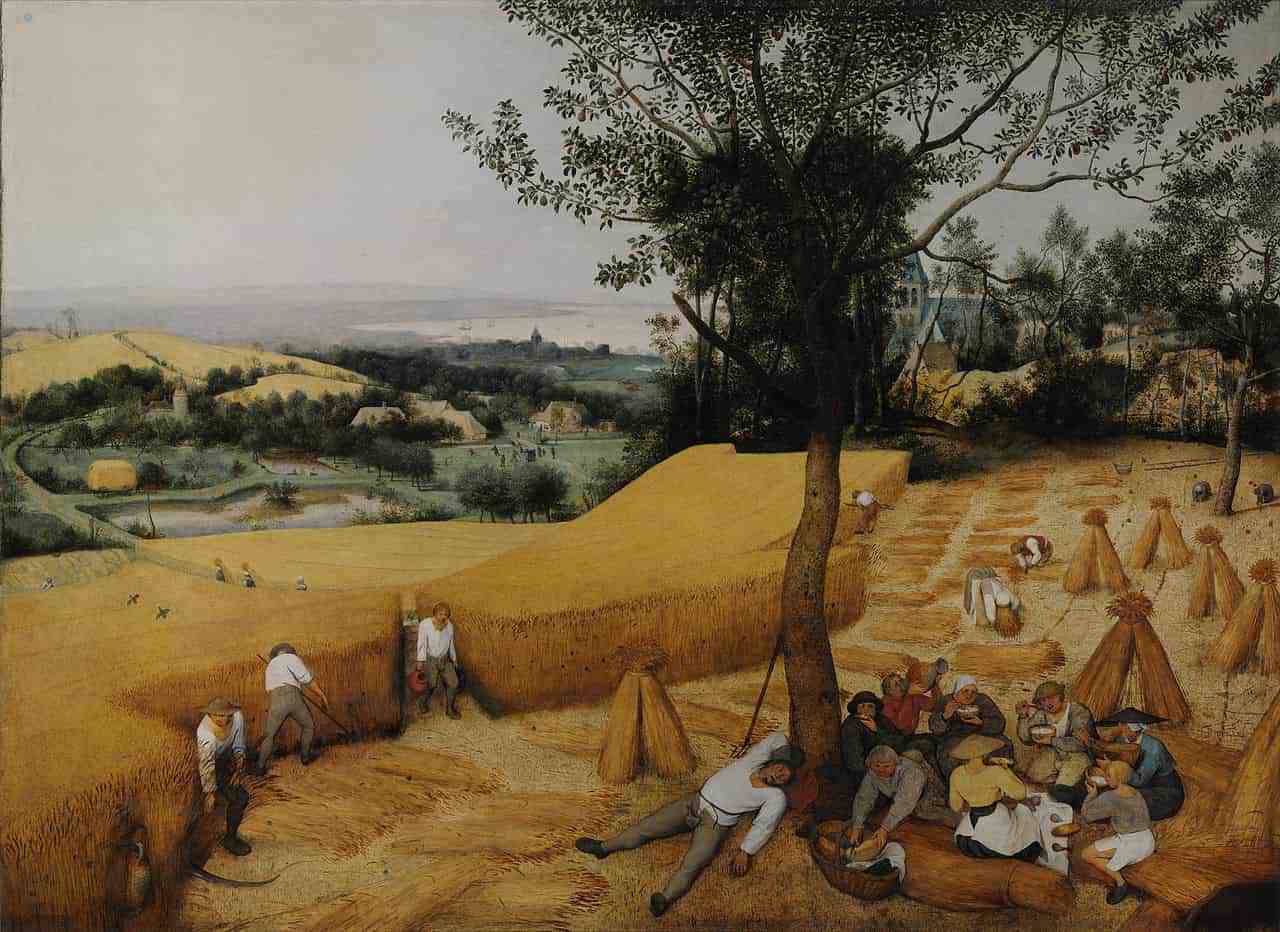 It is important to note that these early plants had low levels of psychoactive THC. That said, earlier cultures were likely well aware of THC’s effects (even if they didn’t know precisely what it was).  They cultivated special crops that were high in the compound. These strains were used for healing or in religious ceremonies.

Patriots who hate marijuana, look away now! George Washington grew hemp at Mount Vernon, according to his diaries. Meanwhile, Thomas Jefferson grew it at Monticello. If it is good enough for these two legends, it should be good enough for the rest of us!

Marijuana didn’t become ‘big’ in the United States until the 20th century. Nonetheless, some physicians still used it as a medical remedy. William O’Shaughnessy reintroduced it to British medicine in 1842. Its popularity grew in Britain and its colonies during the 19th century. Queen Victoria apparently used it to ease her period pains.

Cannabis became mainstream in the West by the middle of the 19th century. A French physician called Jacques-Joseph Moreau found that the plant helped with insomnia, headaches, and appetite. The U.S. Pharmacopeia listed the cannabis plant in 1850, and remained there until 1942.

It was prescribed for numerous conditions, including cholera, rabies, typhus, dysentery, and insanity. Its popularity declined somewhat in the United States by the 1890s as cotton replaced hemp as the main cash crop.

In June 1906, the Wiley Act, or the Food and Drugs Act, required the labeling of medicine that included cannabis. Marijuana made a comeback of sorts in the 1920s. However, it was already making enemies throughout the country.

Cannabis Becomes Illegal in Most of the United States

The 1910s was an era where Americans demanded a reduction in the vice and squalor consumed by society. As well as ultimately banning alcohol, states turned their attention to prostitution, gambling, oral sex, and prizefighting. However, marijuana also didn’t escape their notice.

Massachusetts became the first state to outlaw cannabis in 1911. Wyoming, Indiana, and Maine quickly followed in 1913. So did New York City in 1914, Vermont and Utah in 1915, and Nevada and Colorado in 1917.

Democrat Francis B. Harrison introduced a trio of bills in 1913. He wanted to control the domestic production of opium so it could only be imported or exported for medicinal use. President Wilson signed all three measures into law in 1915, where they became the Harrison Act.

American pharmaceutical farms were growing up to 60,000 pounds of marijuana annually by 1918. Yet several more states passed anti-marijuana laws in the 1920s, including Iowa in 1923 and Nebraska in 1927. During the 1930s, the term ‘marijuana’ was preferred to describe cannabis and hemp in the U.S.

The War on Marijuana

The ‘official’ government war on marijuana took another step in 1930. In that year, Harry Jacob Anslinger became the Federal Bureau of Narcotics’ commissioner. His mission was to ban the drug nationally. He alleged that it caused insanity and criminality.

Newspaper tycoon William Randolph Hearst used the power of the media to start denouncing marijuana. In 1936, the Bureau of Narcotics urged federal action against the plant.

By the end of the year, virtually every state had enacted laws to regulate the drug. The 1936 movie, Reefer Madness, depicted marijuana as a life-threatening narcotic. The 1937 Marijuana Tax Act led to a significant reduction in marijuana prescriptions. In the same year, Samuel Caldwell became the first person jailed for selling marijuana.

The LaGuardia Report of 1944 suggested that marijuana was less dangerous than initially thought. Despite this information, the drug was under constant attack over the next few decades. 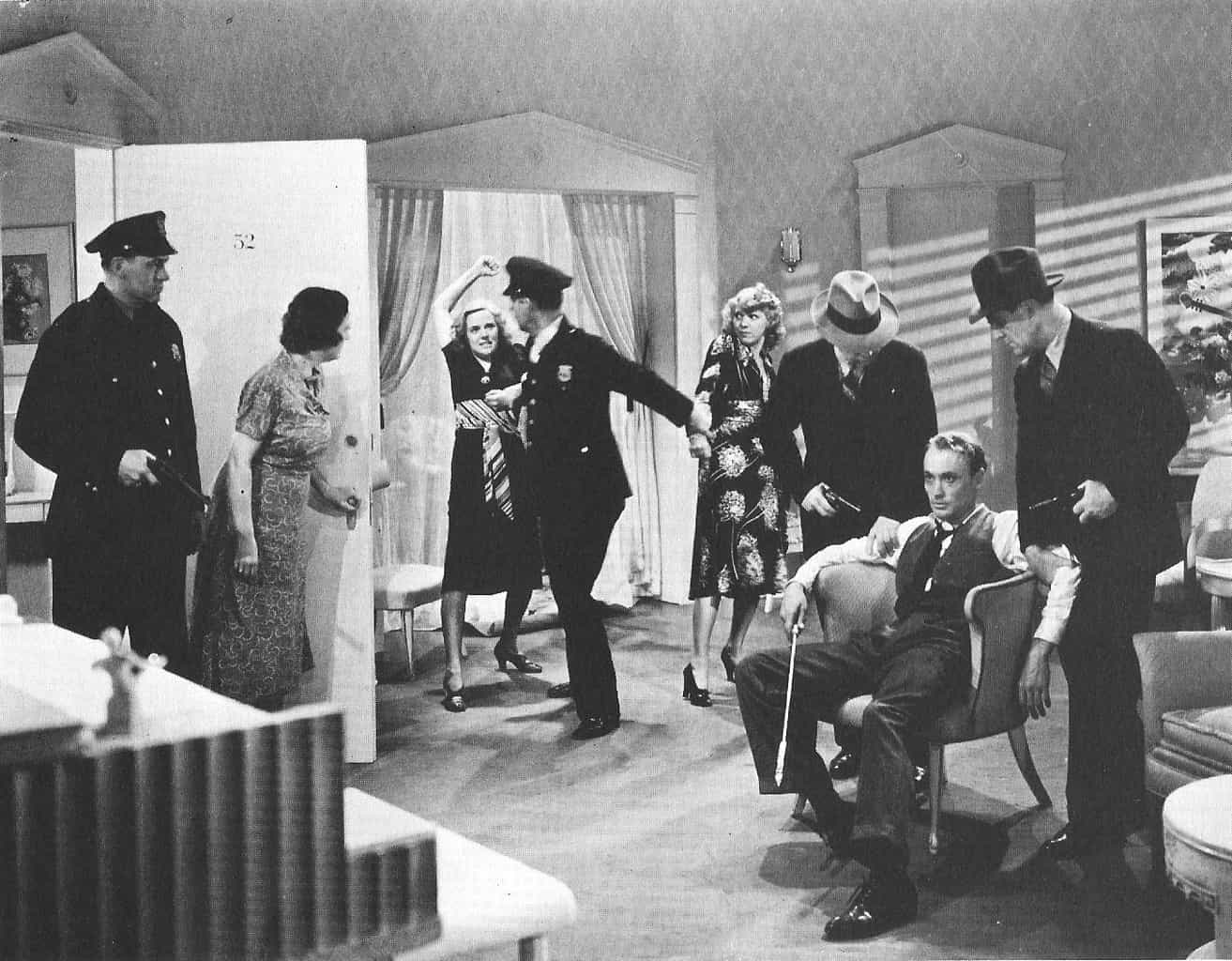 The 1951 Boggs Act imposed a mandatory minimum of two years in prison for possessing marijuana. The 1956 Narcotics Control Act was an even stricter version. It imposed sentences of up to 10 years and a fine of $20,000 just for buying weed.

In 1964, Doctor Raphael Mechoulam identified the main psychoactive component of cannabis, THC. From 1968, the University of Mississippi became the nation’s official marijuana grower. It cultivated the plant for research and analysis.

The UK Wootton Report in January 1969 outlined that marijuana was less dangerous than alcohol and other drugs. Even so, the Controlled Substances Act (CSA) of 1970 in the United States determined that cannabis was a drug with no accepted medical use. As such, it became a Schedule I drug, the most dangerous kind.

Things heated up in the 1970s when President Nixon declared war on drugs in 1971. The 1972 Shafer Commission recommended the decriminalization of marijuana, but it remained a Schedule I drug. Robert Randall famously escaped prison time as he proved that his possession of marijuana was a medical necessity. In 1978, New Mexico became the first state to recognize the medicinal value of marijuana.

A synthetic version of THC, Marinol, was tested on cancer patients in 1980. The FDA approved it in 1985 for the treatment of anorexia. The cannabinoid receptor system was discovered in 1990 and helped scientists understand the pharmacological effects of marijuana.

While attempts to get marijuana reclassified as a Schedule II drug failed in the 1990s, it gained acceptance in parts of America.

California became the first state to legalize MMJ after a vote on Proposition 215 on November 5, 1996. It was a historic day, and Oregon, Washington, and Alaska followed suit within two years.

Studies throughout the 21st century have shown that marijuana has a range of uses. By 2004, nine states had legalized it for medicinal use. Calls for the legalization of the plant have persisted to this day. At present, 33 states plus Washington, D.C., now allow either recreational or medicinal marijuana. That number is already certain to change after recent elections saw more states legalize cannabis.

What Does the Future Hold for Marijuana?

Today, marijuana is still a Schedule I drug. Penalties for possession in states where it is illegal range from mild to severe. Despite growing pressure and the fact that tens of millions of Americans smoke weed regularly, the federal government is holding firm.

Over 60% of the nation’s population now lives in a state where marijuana is legal for medicinal purposes. Well over one-third have access to weed for recreational use, or will soon.

Furthermore, it seems likely that full legalization isn’t so far away. A lot depends on what the White House decides to do next, not to mention future Senate and Congress setups.

History of an amazing plant…

Related Articles
Got Surplus Cannabis? Make It into These Natural Remedies

0
5 min read
Can You Get Arrested for Being High? [We Spoke with a Lawyer]

2
5 min read
The Rise of the Pot-Bots: Things to Know

Understanding what's allowed and what's not...

These products are awesome

3
6 min read
WADA Rule Allows Soccer Players to Take CBD: How Many Are Using It?

3
5 min read
Cannabis Dosage Guide: All The FACTS and More