As you know, marijuana is illegal on a federal level. In theory, you could still be arrested for selling or possessing weed in California, where it is legal for adult use on a state level.

Fortunately, for now, at least, the government is not interfering with state’s rights. However, it is quite obvious that the government barely tolerates the plant.

Even so, it’s true that the feds grow marijuana for research purposes. American pharmacologist Mahmoud ElSohly has the enviable task of overseeing the operation and supplying the cannabis.

The Research Institute of Pharmaceutical Sciences professor was born in Egypt and received his B.S. and M.S. from Cairo University. He later moved to the United States, where he received a Ph.D. from the University of Pittsburgh.

In 1976, he started working at the University of Mississippi. Soon enough, he became the head of one of the country’s only government-led marijuana growing operations.

In this article, we present the man who, in so many words, is technically responsible for selling weed to the federal government.

What’s Going on in Mississippi?

The state of Mississippi is a curious place for the location of the DEA’s only authorized grower of marijuana. It has among the strictest anti-weed laws in the country, and it is not legal there for recreational use. However, state residents recently voted to legalize MMJ, so perhaps Mississippi will finally have a program ready to go soon.

Possession of 30 grams or less is a misdemeanor (on the first three occasions). The possession of 31-200 grams is a felony with a minimum prison term of one year.

Moreover, you can get up to 30 years in jail in Mississippi for possessing 5 kg or more. The sale of any amount is a felony with a minimum sentence of three years.

Fortunately, Mahmoud ElSohly doesn’t have to worry about being punished. His team is the only group of people in Mississippi legally allowed to grow marijuana. Again, this may change shortly.

ElSohly is a man who, in so many words, is responsible for selling weed to the federal government…

What Does ElSohly’s Team Do?

ElSohly has been the leader of the program since 1980. During the intervening years, the legal landscape has changed dramatically. Today, the program develops strains that are both high (relatively speaking) in THC and CBD. The goal is to test out their efficacy on medical conditions. 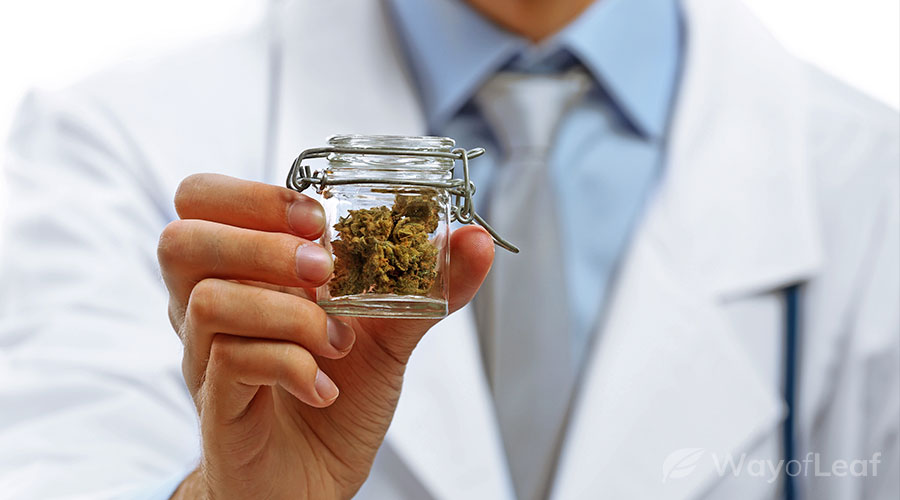 ElSohly has the benefit of working in a huge 12-acre facility capable of growing thousands of kilograms of weed annually. However, the team typically doesn’t grow anywhere near that amount. For instance, in 2014, the facility grew up to 800 kilos. Then, they didn’t grow anything else for two years. This was because they already had enough for the limited amount of money granted to cannabis research.

Ole Miss has recently upped its production, however. Best estimates suggest the university grew 2,000 kilograms (4,409 pounds) in 2019. This is enough cannabis for five million joints!

DID YOU KNOW: The University of Mississippi has been the only federally-authorized supplier of weed since 1968?

In 2014, the government awarded the University of Mississippi a contract worth almost $69 million to continue its cannabis research. It was a further indication that the National Institute on Drug Abuse (NIDA) prefers ‘Ole Miss.’ It is the only federal supplier of weed since 1968.

The grant is part of a new plan to expand growth, with the expectation of producing up to 30,000 plants on their 12-acre facility. The DEA even announced its plans to hire more cultivators in 2016. It realized that researchers needed more help as the demand for cannabis research intensified.

Despite the contract’s value, however, the government only purchases enough cannabis to meet research demand. Other prospective suppliers criticized the move as a further example of a lucrative monopoly for Ole Miss.

What Does ElSohly Think About the Program?

Unsurprisingly, ElSohly backs a passionate defense of his program at Ole Miss. When asked to advise anyone seeking to grow cannabis for the government, ElSohly snapped that he wouldn’t want to give any because he is the perceived enemy. He is angry that some people believe things would be better if the University of Mississippi weren’t in the picture.

According to ElSohly, his program is not a monopoly at all. Every five years, the government contract with NIDA is re-advertised. This means there are open bids in a competitive marketplace. He says they keep winning the bids because Ole Miss is simply the best place to conduct the research.

Despite the depth of his research, or perhaps due to it, ElSohly believes that marijuana is not a good option for medical patients when self-dosed. His objection is due to the lack of a standard dose, a method of use, or a chemical profile. He also points out the lack of a clearly defined medical condition one should use it for.

However, the pharmacologist does believe that cannabinoids such as THC and CBD have a therapeutic activity that should be studied.

The Problem with Federally Grown Marijuana

In the early 1980s, ElSohly’s team produced weed with a THC content of only 3-4%. It was in high demand at the time because it was close to what was available on the streets. Later on, they began to grow strains with a THC content of up to 8%. It seemed as if this new marijuana was too strong in clinical trials because patients couldn’t handle it.

In the end, they decided to drop the potency to 6%. Overall, the strongest cannabis grown at the University of Mississippi is just 13%.

In the early 1980s, ElSohly’s team was producing weed for the government with a THC content of only 3% — roughly 80% less potent than today’s weed.

This is one of the major issues with federally grown marijuana. In the 1980s, it was similar to what people were using. However, the landscape has changed beyond recognition in the intervening period. These days, weed with 6% THC is a mild medicinal strain at best. Even its strongest marijuana with 13% THC would only make the middle shelf in a licensed dispensary.

Typical commercial weed available in California and Colorado has an average of almost 20% THC! And there are now top shelf strains with easily over 30% THC.

In other words, using federal marijuana to research herb is a bit like using Coors Light to test the effects of vodka…

NIDA’s herb is fine if you want to perform academic research. An example is studying how cannabis impacts the body in a lab setting.

However, it is practically useless when trying to analyze how it affects people in the real world. It is also worthless when attempting to run highly controlled medical experiments and clinical trials. And believe it or not, federal weed is often not tested for common contaminants such as mold.

Then, there is the small matter of how NIDA’s marijuana looks, and it is more than a case of bad aesthetics. Real cannabis consists of chunks of green, aromatic plant material laden with glorious THC-filled resin. In contrast, federal weed is light and stringy. It looks like freshly mowed grass recently discarded from a lawnmower!

It often contains stems and leaves. Most recreational users would refuse to pay if a dispensary tried to sell to them. It doesn’t look, smell, or feel like the real thing, and it most certainly doesn’t offer the same effects.

We certainly have nothing against ElSohly. He is a man doing a job to the best of his abilities with the materials he has at his disposal. It is not his fault that the federal government is unwilling to allow his team to grow real marijuana. ElSohly has worked on the project for over 40 years. He is only following orders.

The real issue is the federal government’s attitude towards marijuana. It hasn’t changed much in the last 40+ years. The cannabis originally grown at Ole Miss had at least a passing resemblance to what consumers were using. These days, the specimens on display are likely decades behind the times. If a dealer sold you weed that looked like NIDA cannabis, you wouldn’t do business with them ever again.

The sizable grant provided by the federal government fails to make up for what is essentially a half-assed approach. Is it deliberate, perhaps?

Low-grade marijuana that produces little therapeutic effect in research studies would give the DEA more reason to maintain cannabis as an illicit Schedule I substance. Such marijuana would continue to have ‘no medicinal value.’

We certainly hope a sinister scenario like this is not the case. Nonetheless, it is something worth thinking about.

4
6 min read
Join the discussion
TOC
Premium
Your subscription has ended
If you love cannabis and appreciate our content, join WayofLeaf Premium today and receive:
Best of all, part of your membership fee will go towards helping to legalize cannabis.
Go Wayofleaf Premium
No thanks, I can't afford it
I already have an account
×
Login in to your premium account