The likely potential growth of the CBD market makes it among the world’s most exciting industries. CBD is a non-intoxicating cannabinoid found in hemp and marijuana plants. It is available for sale and purchase in far more markets than products that contain THC. This is because CBD doesn’t cause an intoxicating high. Parents even give it to their children to reduce seizure frequency associated with epilepsy.

One unusual aspect of CBD is the lack of concrete information regarding legality.

One unusual aspect of CBD is the lack of concrete information regarding legality. It isn’t federally legal in the United States, even though farmers can legally grow industrial hemp with a maximum THC of 0.3%.

However, most American states have no outright ban on CBD. It is the same in dozens of countries around the world. In this article, we look at the history of the CBD market’s growth. We then focus on its likely trajectory, followed by a brief look at the industry’s big players.

Is it worth investing in the CBD industry? Let’s find out!

How the CBD Market Formed

Various civilizations used CBD unknowingly in hemp for millennia. However, researchers were unaware of what the cannabinoid was until the 20th century. In 1942, Roger Adams, an American chemist, isolated CBD. It was the first time anyone had isolated a cannabinoid.

According to most reports, Dr. Walter Loewe conducted the first CBD test on lab animals in 1946. He found that CBD didn’t cause an alteration in mental state. In 1963, Dr. Raphael Mechoulam identified CBD’s stereochemistry. In the 1980s, he led a team of researchers who found that CBD was useful in managing epilepsy symptoms.

Though CBD research continued, it was limited because marijuana and hemp remained controlled substances. In the 2000s, however, CBD users began sharing their experiences. 2010 was a massive year for the industry and was arguably the beginning of today’s growth.

Charlotte Figi had Dravet Syndrome, a rare form of epilepsy. Among its symptoms were hundreds of seizures per week. Figi’s parents tried traditional medication, but nothing worked. Then they gave her CBD and were amazed as the frequency of Charlotte’s seizures was reduced markedly. After using the cannabinoid, she only experienced a handful of seizures a month.

Related article
Cannabis History: A Timeline on the History of CBD & THC

Slowly but surely, the market swelled. In 2015, the CBD industry was worth around $200 million per annum. Fast forward to today, and the industry is now valued at over $9 billion! A handful of states aside, it is easy for consumers to purchase CBD in-store or online.

The 2018 Farm Bill didn’t legalize CBD, but it was a massive boost for the industry. The vast majority of industrial hemp cultivated in the United States today is for the CBD market. The choice of products available is swelling, as is customer interest and knowledge.

What Does the Future Hold for the CBD Industry?

There is a significant difference in what analysts foresee for the CBD market going forward. However, they universally agree that it is going to grow rapidly. The Brightfield Group suggests that the market’s value will exceed $22 billion annually as early as 2022.

ArcView Market Research isn’t quite as optimistic. However, it still believes the industry will surpass $20 billion by 2024. Cowen & Co. is an investment bank based in New York. Its prediction is even more conservative. Even so, a market value of $15 billion by 2025 is hardly catastrophic.

There are many reasons for optimism. The Farm Bill hasn’t legalized CBD, yet. However, CBD is widely available almost everywhere in the United States. It is also extremely popular in Europe. 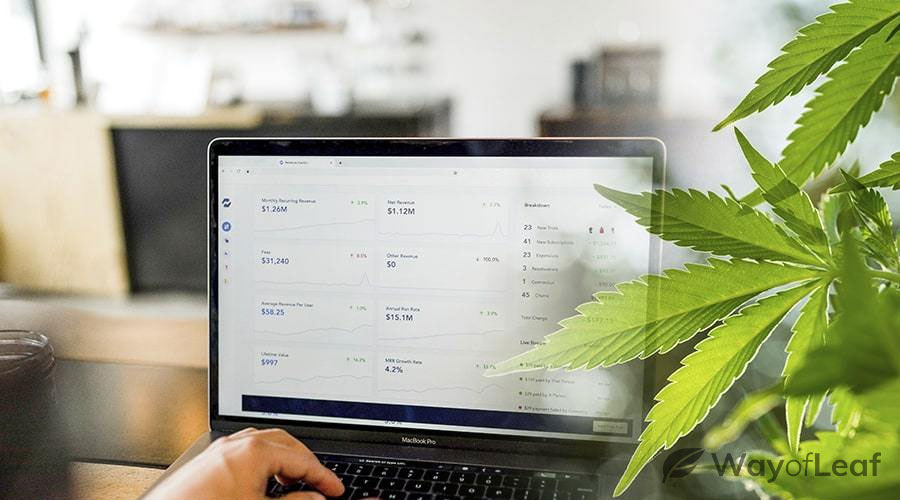 Then there is the vast array of CBD products. CBD oils and edibles continue to hold the lion’s share of the market. Realistically, this will remain the case for a long time. However, the following CBD items are generating a reasonable degree of sales:

There is also a growing number of cafés, grocery stores, smoke shops, and even pharmacies selling CBD. Major retailers such as Sephora, Neiman Marcus, and 711 sell cannabidiol online. They join the hundreds of CBD companies already making waves. Given the money available, it is no surprise that some serious heavy hitters are getting involved.

What CBD Companies Are Worth Watching?

Canopy Growth Corporation is a world-leading MMJ company. It now manufactures and sells CBD oil via Bedrocan, its well-known subsidiary. Canopy has an annual revenue of approximately $440 million, with over 3,000 employees worldwide.

Aurora Cannabis is another medical marijuana giant seeking to make money in the CBD field. It is among the world’s biggest CBD oil producers with a production capacity of over 570,000 kilograms per annum. The Canadian company has revenue of almost $250 million and over 2,800 employees.

CV Sciences manufactures and sells hemp-based cannabinoids such as CBD. It has an interest in pet care, beauty products, food & beverage, and nutraceuticals. It has reported impressive recent growth and continues to expand its line of organic health food stores.

In terms of CBD-focused companies, here are a few of the world’s top-rated:

These are innovative organizations continually seeking to provide consumers with the best the industry has to offer. However, is the CBD market worth investing in?

Should Investors Look Towards the CBD Market?

On the surface, investing in the CBD industry is a no-brainer. It is a market virtually guaranteed to experience immense growth in the near future. However, as many investors are sadly aware, you can lose a lot of money in a growing market.

The problem with the CBD industry is the sheer volume of companies involved. At present, it is also an unregulated market, which means the quality of products varies. With so many brands to choose from, it is all too easy to back the wrong horse. Even organizations with a stellar reputation have struggled in recent times.

Charlotte’s Web is a prime example. It came to prominence after providing Charlotte Figi with the CBD oil that helped reduce her seizures. The company floated its shares on the stock exchange in September 2018. At that stage, the share price was almost $11. By April 2019, the value of CW stock virtually doubled to almost $22.

It experienced a dip followed by a recovery in August. However, what followed was a rapid and painful decline. By October 2020, a CW share was worth less than $4. This fate has befallen numerous CBD brands that entered the stock exchange.

If you believe that CW will recover, its share price is arguably at a viable level. Canopy and Aurora may also rebound, but there is no way of knowing. Before you consider investing, treat CBD companies the same firms in any other industry.

This means learning more about the following:

Final Thoughts on the CBD Market

There is no question that the CBD industry as a whole will continue to grow. Full legalization in the United States alone would only expedite this growth. However, don’t carelessly jump into the market. Perform a thorough analysis before investing in any CBD company.