We live in an age where we have access to an extraordinary amount of information. The trouble is, much of what we read is either false or deeply misrepresentative. What’s concerning is how many people are taken in by so-called ‘fake news.’ An Ipsos study of 25,000 Internet users in 2019 was eye-opening. Approximately 86% of respondents admitted to being duped by false reports, primarily on social media outlets like Facebook. The cannabis industry consists of its fair share of false information.

It is essential for marijuana users and advocates, in particular, to develop their critical thinking skills. Otherwise, spreading and believing fake information about the industry will only hurt its credibility, and in turn, hurt those who genuinely benefit from cannabis consumption.

The FDA Is Cracking Down on False Claims

The CBD industry, in particular, is filled with organizations that make spurious claims. Medical marijuana is legal in over two-thirds of states, even though it is federally illegal. CBD oil is widely tolerated in most states. However, at present, sellers of hemp and cannabis are not allowed to make any medical claims.

For instance, an organization can’t say that THC or CBD cures, treats, or prevents any illness or medical condition. Sellers of such products are supposed to be as vague as possible. However, some companies have overstepped the mark, and the FDA has swooped in.

In October 2019, the FDA sent warning letters to a ‘cannabis medications’ retailer in Florida. The company got into trouble for posting various unsubstantiated claims about the efficacy and safety of their products.

Fast forward to December 2020, and the FDA was at it again. This time, the Administration sent five warning letters to CBD sellers. These companies were in breach of the Federal Food, Drug, and Cosmetic Act. Once again, these brands were accused of illegal marketing of unapproved CBD products that claimed to treat medical conditions.

At the time of writing, Epidiolex is the only product containing CBD that the FDA has approved. The Administration has also approved Marinol, a pharmaceutical drug containing THC.

Is the Government Also Pushing False Information About Cannabis?

Some marijuana advocates have accused the federal government of being complicit in the spreading of lies about the plant. This isn’t new information either. The early part of the 20th century was stained by an anti-cannabis campaign based on fear and propaganda. It culminated in the release of the movie Reefer Madness in 1936. In the film, a group of teenagers use cannabis, and the plant is blamed for the kids committing various atrocities.

The 1937 Marihuana Tax Act led to the prohibition of cannabis and hemp in the United States. To this day, the ‘Gateway Theory’ is believed by many. This is despite it being debunked on numerous occasions.

The 1970 Controlled Substances Act followed the Marihuana Tax Act. It classified hemp and cannabis as Schedule I drugs. According to the Act, both offered a high risk of addiction and no medical value. Thousands of studies performed since paint a very different picture.

The government also appears to contradict itself. On the one hand, cannabis remains a Schedule I drug. However, the FDA approved Marinol, which contains THC, to treat vomiting and nausea associated with cancer. The Administration provided this approval in 1985.

If marijuana, specifically THC, is addictive and of no medical value, why approve a drug that contains it? A huge number of people have used Marinol in the last few decades. There is little evidence that it causes addiction or acts as a gateway to more potent drugs. It also appears to offer an element of relief, which contradicts the idea that THC has no medical value.

The rise of social media has unfortunately resulted in an escalation of false news being spread. As cannabis is a hot topic, misinformation appears regularly and is shared by tens of thousands of people. Within minutes of stories being shared, an incredible number of people have already seen and believed what they read. At this stage, it becomes almost impossible to convince some people that what they have seen is NOT true. 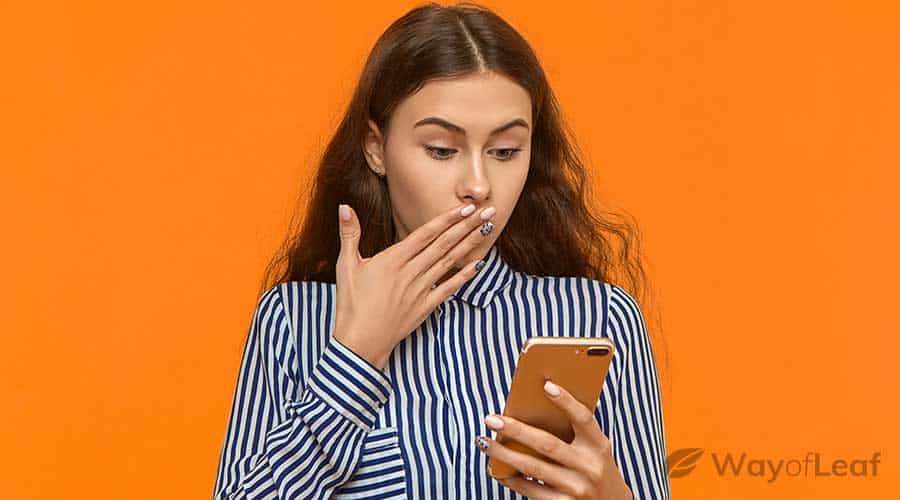 The likes of the Gateway Theory continue to get spread as people succumb to Confirmation Bias. It is easy to poke holes in these stories. However, those who ‘believe’ them only do so because of an existing dislike for cannabis.

What marijuana advocates need to stamp down on is the increase in stories proclaiming the plant as a miracle cure. Cannabis research is extremely promising. There is a suggestion that it could help people with conditions such as depression, anxiety, chronic pain, and PTSD. However, researchers have a lot of work to do before they can confirm the efficacy of cannabis.

There are a growing number of ‘junk’ news sites that make extreme claims on the Internet. Such places are hotbeds of misinformation and are often frequented by conspiracy theorists. There is one notorious site that has become disturbingly popular. A couple of years ago, a report said that this particular website was responsible for almost half the misleading claims about cannabis cures.

One story it published said that an autistic boy could speak after two days of cannabis oil treatment. It is an almost entirely unconfirmed report, yet it received almost 300,000 social media interactions in two days! Other articles on the site wrote about marijuana’s ability to cure cancer and other serious medical conditions.

A study published in Cureus in 2019 wrote about false news stories regarding cannabis. Such stories claimed that marijuana was a cancer cure. The researchers tracked online search volume for cannabis and cancer. They found that traffic for this particular search term was approximately ten times higher than standard cancer therapies.

The plant’s use as a cure for cancer represented almost one-quarter of all social media content on alternative cancer treatments. The top story in this niche received well over four million social media engagements. Meanwhile, the most popular story debunking the false information received around 36,000 engagements on social media!

Prospective investors are learning to steer clear of the cannabis industry. There was something of a boom during 2017 and 2018 as marijuana shares skyrocketed. However, the increased competition level in an industry becoming more legal resulted in a massive stock market crash.

For example, shares in Tilray fell by approximately 90% in 2019. For Canopy Growth, the fall was 60%. In most cases, cannabis and CBD companies haven’t recovered since.

The incredible level of false information can only hurt the industry. On the contrary, it could grow rapidly if enough people take a chance and invest. However, the memory of the recent marijuana stock crash remains fresh in the minds of most investors. Furthermore, making claims that cannabis or CBD are miracle drugs sets the bar too high. It will only lead to disappointment and further damage the perception of the industry.

It is up to marijuana and hemp companies to challenge misinformation actively. Otherwise, trust in both plants will erode. This, in turn, will cause investors to stay away, thus harming any chance of long-term growth.

The next time you see a story about marijuana that seems a little suspicious, challenge it! In the modern era, being skeptical about what you read should be mandatory. Where did the story get its information from? What were the sources? Does the story make any attempt to verify what it has published? It is only by becoming hard-nosed journalists ourselves that we can challenge false information.

There is a lot to be excited about when it comes to the cannabis industry. Seek out verified positive stories and start sharing them instead of clickbait. Improve your critical thinking skills, and you might just help the marijuana industry!

5 steps to help you kick the habit...