We live in an enlightened era where everyone has used the power of the Internet for good. With the greatest library of information ever produced at our fingertips, we have finally shed the following beliefs:

Hang on! A rather tragic number of people still believe the points espoused above, particularly the point on cannabis. Few topics have provoked a greater degree of mind-melting stupidity than that of marijuana.

From the racism of Harry Anslinger to the laughable anti-marijuana stance of Jeff ‘drugs are bad m’kay’ Sessions, we continue to hear the same nonsense said and written by those who want to retain prohibition.

In this article, we check out five things said about cannabis that are as stupid as trekking up Mount Fuji in winter in street clothes and no ski poles. That happened, and yes, that guy sadly died!

1 – Marijuana Is More Dangerous Than Opioids

The Controlled Substances Act (CSA) was developed in 1970 after the Marihuana Tax Act was deemed unconstitutional in 1969. Under the watch of Tricky Dicky, cannabis and hemp joined the likes of heroin and LSD as Schedule I drugs. These are drugs with no accepted medical value that are highly addictive. Nixon hated drugs almost as much as he hated not being allowed to illegally wiretap people.

At that point, there wasn’t much information on cannabis’ safety or efficacy in helping with medical conditions. These days, ignorance is no longer an excuse. There are thousands of studies that outline medical marijuana’s usefulness. This eliminates the ‘no accepted medical value’ from the equation. We’ll cover the ‘addiction’ part in section #3.

What’s also highly relevant is the lack of deaths from a cannabis overdose. Right now, the figure stands at ZERO. Yes, there have been some tragic incidents involving the excessive use of marijuana. In these cases, people used too much and did highly questionable things that led to their deaths. However, such cases are few and far between.

Meanwhile, CDC figures state that over 81,000 Americans died from a drug overdose between June 2019 and May 2020. Opioids account for a staggeringly high number, as does heroin. In the past, politicians and members of the DEA were unable to answer basic questions such as: ‘Is crack more dangerous than cannabis?’ It tells us that health, safety, and evidence don’t matter. Money does.

2 – Cannabis Is a Gateway to ‘Harder’ Drugs

This particular myth has been around since the days of the Federal Bureau of Narcotics in the 1930s. The Gateway Theory suggests that after using a little cannabis, you graduate to deadlier drugs.

We’ve all been there. One day you’re nervously holding a joint between a shaky thumb and forefinger, trying to look cool. The next, you’re using the laces from your last shoe as a tourniquet, desperately trying to find a vein you haven’t used yet. It takes a mere month to go from valedictorian to vomiting on the streets. There, you earnestly offer ‘favors’ in return for ten bucks. 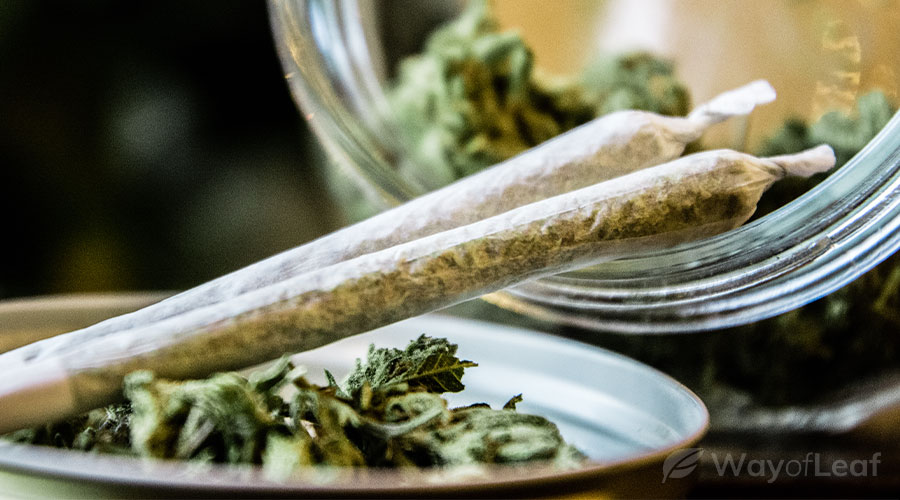 Toxicology reports have indeed found marijuana in the systems of people who also use cocaine and heroin. However, such individuals may also have consumed alcohol. Does this mean beer is a ‘gateway’ to vodka, which leads to moonshine?

In Time Magazine, a writer pointed out that biker gangs were far more likely to have ridden bicycles as kids than non-gang members. Does this mean we ban bikes too? Marijuana acts as a ‘gateway’ to heroin in the same way that beer is a ‘gateway’ to hard liquor and liver cirrhosis.

Researchers debunked the Gateway Theory a long time ago. However, it continues to pollute the world with its abject stupidity. Incidentally, this study from 2012 spells bad news for the alcohol and tobacco industries. It shows that those who used either substance in their younger days were at double the risk of abusing opioids as those who only used cannabis.

The second section of the CSA highlights that Schedule I substances like cannabis are highly addictive. Again, it is a fact that some people ARE addicted to cannabis. However, the addiction rate is lower than with substances like caffeine, alcohol, shopping, and Keeping Up with the Kardashians. None of them, not even the last one (barring in the homes of people with good taste), are prohibited.

There is research that shows several other legal substances are more addictive and harmful than cannabis. This 1999 study found that people are more likely to be addicted to alcohol than marijuana. Other data suggests that fewer than 10% of people classified as ‘regular’ users are addicted to cannabis.

The Substance Abuse and Mental Health Services Administration released information in 2012 that excited anti-cannabis campaigners. They posted it online while guzzling coffee and chain-smoking. They ended the evening celebrating with wine and vodka (probably).

The Administration claimed that one million kids aged 12 and over needed treatment for marijuana use that year. This implied addiction on a grand scale. In reality, the legal system forced almost all of the offenders to go for treatment. They would go to jail if they refused. In all likelihood, even the highest likely addiction rate for cannabis is probably lower than many popular legal substances.

4 – We Don’t Know Enough About Marijuana to Legalize It

Researchers have studied marijuana intensively in the last quarter-century, both in the United States and worldwide. The main thing holding back even more research is the legal status of marijuana. In America, for instance, it is federally illegal. This means conducting all-important double-blind clinical trials is a virtual impossibility.

Even so, there is more than enough evidence on cannabis to debunk most of the myths. In 2017, for example, the National Academies of Science, Engineering, and Medicine (NASEM) created a 400-page report analyzing over 10,000 cannabis-based studies!

This is an immense amount of evidence just in itself. Frankly, however, it is only the tip of the iceberg in terms of the complete spectrum of marijuana research. A PubMed search on “cannabinoids,” for example, will produce around 28,000 published results.

Incidentally, the report from NASEM found there is ‘strong evidence’ that cannabis helps adults with:

Go online, and you’ll find studies and reports that analyze thousands of research papers on weed. There are likewise countless studies on the effects of alcohol and tobacco. The majority of these are overwhelmingly negative. Oddly enough, neither substance is illegal on a federal level.

There are certainly marijuana lovers who fit all of the above descriptions and more. However, we can say the same for tobacco smokers and chronic alcohol drinkers. “Pesky old science” is on hand to expose the above dumb myth as yet more stupidity. 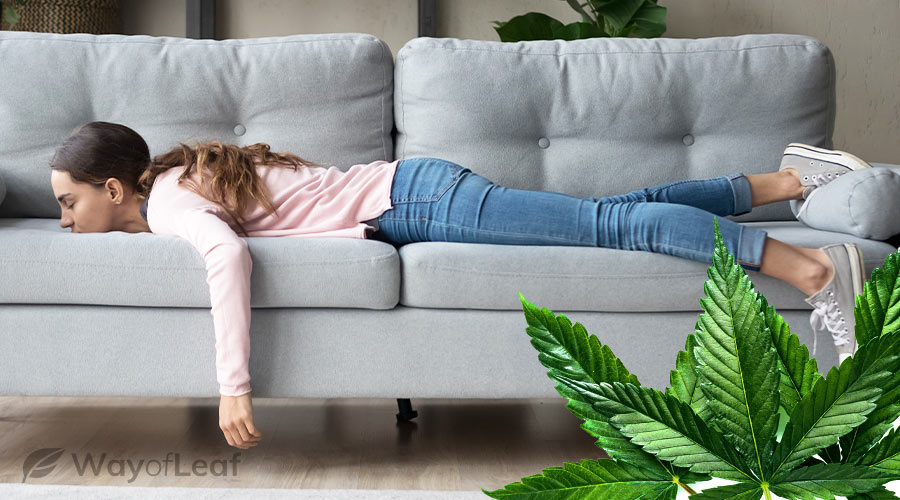 Let’s expose both aspects of the statement for the nonsense it is. George Soros, Barack Obama, and Jon Stewart have all admitted smoking weed in the past. Legendary rapper Snoop Dogg is a card-carrying member of the pot fan club. All of the above are extremely successful and hardworking individuals. Therefore, we can quickly dispel the go-to ‘lazy’ argument as garbage, especially when there are countless more examples.

Moreover, we could use the same people as proof that weed doesn’t necessarily make you stupid. Instead, though, we’ll focus on the ‘study’ that suggested marijuana was the bane of the brain.

Research published in 2012, infamously known as the Dunedin Study, suggested that marijuana use as an adolescent lowered IQ in adults. The research team said that chronic weed consumption over 20 years led to a loss of six IQ points.

Ignoring whether IQ is even an accurate measure of intelligence, the study was riddled with flaws. For example, the IQ drop only occurred in people who used marijuana at least four times a week for two decades.

Also, it didn’t take into account the socioeconomic status of the participants. Research clearly shows a strong link between levels of education, socioeconomic status, and low IQ. And finally, the notion that weed causes a drop in IQ has been debunked numerous times in subsequent studies.

We are not by any means suggesting that marijuana is perfect. Sadly, there is no chance of cannabis getting a fair shake if we continue to allow misinformation to spread. The complete lack of knowledge shown by a staggering number of lawmakers continues to act as a hurdle towards legalization.

While some of it is old-fashioned ignorance, there are also more sinister factors at play.

Ultimately, keeping weed illegal means more money for Big Pharma, more prisoners, and more money for private prison companies. It’s no secret that a key aspect of any propaganda campaign is to spread lies. Often, these lies become the truth of the majority. We need to call out these lies for what they are and educate the masses on marijuana.

A significant majority of the population already believes that cannabis should be legal for medical use. What would happen if everyone knew the actual truth about marijuana? That it isn’t addictive, harmful, or destined to turn “smart kids” into total idiots? Someday, hopefully, we’ll find out the answer to this question.