The United States has federally outlawed cannabis since 1937. It was the work of the Federal Bureau of Narcotics (FBN), and its first commissioner, Harry Anslinger. Though its primary focus was to combat opium and heroin smuggling, the FBN also helped criminalize weed via the Marijuana Tax Act of 1937.

It was arguably Anslinger’s crowning glory. As a man known for uttering many racist statements, he was probably thrilled to see a disproportionate number of ethnic minorities arrested and imprisoned for using cannabis. America used its international influence to persuade other nations to follow its anti-marijuana stance.

More than 80 years after the Marijuana Tax Act, only two countries in the world, Canada and Uruguay, allow adult-use weed.

However, numerous other nations permit medical marijuana. It is also legal in 33 states plus D.C., even though it doesn’t have federal approval. Millions of people around the world claim to derive medical benefits from using pot. Prohibition of the plant has hurt research, but there are thousands of studies that suggest cannabis isn’t the demon drug of lore.

What we know is that all 50 states should permit the use of MMJ. We provide five reasons why in this article.

1 – Marijuana Prohibition Is an Utter Failure

The National Prohibition Act also called the Volstead Act, carried out the intent of the 18th Amendment, which was to ban alcoholic beverages in the United States. It was ratified in January 1919, as America tried to embrace a more Puritan spirit. The process was a catastrophe.

Criminal gangs took over the illegal production and sale of alcohol. The 1920s saw the rise of infamous organized crime figures such as Al Capone. The streets of major cities such as Chicago and Detroit were paved with blood. The 21st Amendment of December 1933 repealed the 18th Amendment, though prohibition remained in some states. Even today, there are some ‘dry counties.’

In any case, it took a little under 15 years for the government to realize its mistake with alcohol. Over 80 years on, and it refuses to budge on the marijuana issue. This is despite the enormous cost to law enforcement with little return on investment. In 2018, for example, police officers made around 663,000 arrests for cannabis-related offenses. 92% of these arrests were for possession of the substance.

Police forces waste around $3.6 billion a year enforcing possession laws. Their efforts are effectively for nothing because they are unable to stop black market cannabis. In some states, possession of a small amount of weed can result in a prison sentence. These individuals also have their lives ruined by a criminal record.

Then there is the small matter of racial discrimination in enforcing these laws. African-Americans are almost four times more likely to get arrested for cannabis crime. These days, white Americans use it at a higher rate!

Those who maintain a firm anti-cannabis stance believe that legalizing it will result in more crime. Research by Farley and Orchowsky, published in the National Criminal Justice Reference Service in September 2019, suggests otherwise. The project involved an analysis of quantitative and qualitative data in 11 states. The paper looked to answer the following questions:

Ultimately, the researchers found no evidence that cannabis legalization has had a significantly positive or negative impact on legal states or those that border them. There is even data that suggests a slight crime drop in legal states!

In 2001, Portugal decriminalized all drugs. Rather than leading to a free-for-all in drug use, the nation benefited from a decline in usage!

It is difficult to determine why the American authorities continue to prohibit cannabis use. Despite increasing state legalization, the black market for weed dwarfs the legal one. Changing that fact will take several years, as California is finding out. Data from BDS Analytics and ArcView Market Research suggests it will take the Golden State until 2024 for its legal market to outsell its illicit one.

Meanwhile, criminal gangs will continue to sell low-priced marijuana of dubious quality. While licensed dispensaries have to ensure its products pass a battery of tests, black market pot faces no such obstacles. Even the recent vaping illness epidemic can trace its roots to illegally sourced cannabis oil. Residents of states where MMJ remains illegal must continue to take risks.

One of the great cannabis myths of our time is the Gateway Theory. The suggestion is that marijuana causes a descent into the gutter where you try harder drugs like heroin. There are dozens of studies that make a mockery of this suggestion. According to the Controlled Substances Act, weed is a Schedule I substance because of its ‘high potential for addiction.’ 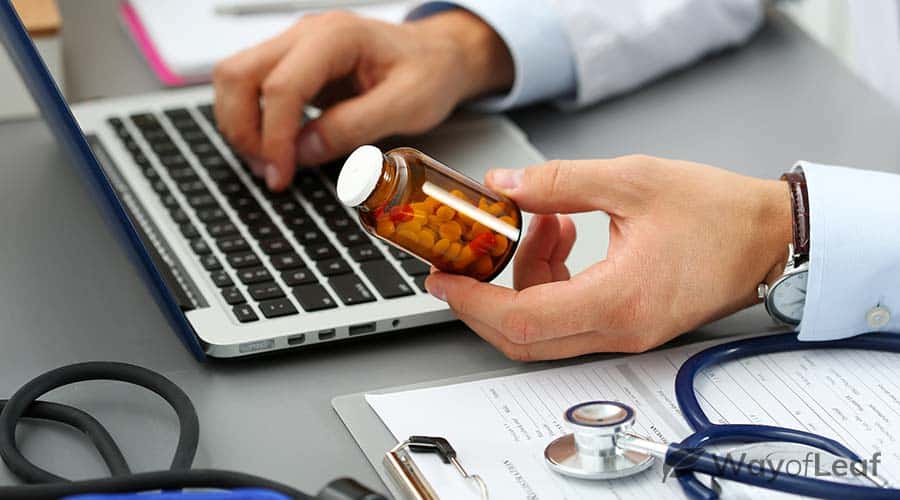 Once again, reality is very different. Indeed, Dr. Sanjay Gupta, CNN’s chief medical correspondent, says that weed is less addictive than tobacco. Approximately 9-10% of marijuana users develop a harmful dependence on the substance, compared to 30% of tobacco users. An estimated 29% of opioid users misuse the drugs.

Overall, more than 45,000 people die from complications related to an opioid overdose in the United States. Approximately 88,000 Americans die from an alcohol-related disease annually, while cigarette smoking accounts for 480,000 deaths. Despite these appalling statistics, it is easy for any American adult to purchase cigarettes or alcohol. Physicians also prescribe opioids far too readily.

In contrast, cannabis seems to have a better safety profile. It is virtually impossible to overdose on marijuana in the traditional sense. You would need to consume at least 20,000 joints in around 15 minutes to die from the toxicity level. Of course, individuals with mental illnesses that suffer paranoid delusions should steer clear of cannabis.

Nonetheless, research to date shows that for the majority of people at least, MMJ is safer than tobacco, alcohol, or opioids.

The states that have legalized cannabis have to date enjoyed significant windfalls from taxing the plant. Typically, states levy several types of tax: As a percentage of the price, based on weight, or based on the potency of the drug. Consumers don’t appreciate paying the assorted taxes, but it is at least another plus point for the pro-cannabis camp to use.

In June 2019, Colorado passed $1 billion in cannabis state revenue. It took three and a half years to reach $500 million, but less than two years to double that figure. The state has benefitted from substantial tax revenue. Indeed, it didn’t earn less than $20 million in tax income per month between July 2017, and when it topped the billion-dollar revenue mark. Sales of weed in Colorado contribute to numerous good causes, including youth drug-prevention programs and mental health services.

Although national legalization would doubtless help boost state and local governments across the land, there is one financial obstacle. The process would cause a cash-flow issue for Congress. At present, marijuana-businesses are subject to Section 280E of the U.S. Tax Code. This is because cannabis is a Schedule I substance.

Legalizing MMJ would ensure that weed businesses would no longer need to pay this tax. Estimates vary, but the suggestion is that the loss of Section 280E revenue would cost the federal government $5 billion in the next ten years.

We have saved the best for last. Humankind has used cannabis as a medicine for thousands of years. Sadly, its continued illegal status makes it tough to perform enough research. As it is a federally illegal substance, there is no chance of the FDA approving it. Shockingly, however, the Administration has approved Big Pharma medicines that contain hemp and cannabis cannabinoids.

There is a myriad of studies on how cannabis could help people manage the symptoms of various conditions. These include depression, anxiety, chronic pain, and many more. Of course, no seller is allowed to make any definitive medical claims about cannabis’ effects at present.

There is even research that suggests MMJ helps people wean themselves off opioids. Data from Chan, Burkhardt, and Flyr, published in Economic Inquiry in 2019, found that cannabis legalization reduces opioid deaths. They discovered that legalization and access to recreational weed reduced the annual opioid mortality figures by up to 35%.

Those who deny the benefits of cannabis and strive to keep it prohibited do not have your best interests at heart. Most of their claims surrounding the negative aspects of MMJ are easily disproved. Yet, at present, there seems little chance of full legalization in the United States.

First and foremost, the Republicans control the Senate until January 2021, at least. Until they lose their majority, the federal legalization of weed remains a distant dream. Mexico will likely permit full adult-use legalization in the next few years. At that point, America will be surrounded by legal marijuana. Maybe its hand will finally get forced.