At WayofLeaf, we write about many historical marijuana-related events. We believe that the passage of California’s Proposition 215 is one of our era’s outstanding political achievements.

It was a landmark accomplishment for American marijuana activists. Prop 215 also signaled that cannabis was something we should embrace rather than stigmatize.

In this article, we discuss the origins of Proposition 215 and how it almost didn’t make it to the ballot.

For the uninformed, California Proposition 215 is the first legislation in the U.S. that allowed for the legal medicinal use of marijuana.

55.8% of Californians voted in favor of the Compassionate Use Act of 1996. It allowed people in the Golden State to legally grow and use cannabis for medical reasons.

However, applicants had to meet certain qualifying conditions and receive a licensed physician’s recommendation.

A Brief Pre-Proposition 215 History of Cannabis in California

The 1907 Poison Act made possession of extracts of hemp or-loco weed a misdemeanor. Despite two additional amendments, there is no evidence that the law restricted pharmaceutical cannabis use. However, Californian police were already raiding Mexican-American neighborhoods looking for the drug.

By 1925, a conviction on a possession of weed charge carried a punishment of up to six years in prison. The Marihuana Tax Act of 1937 made the substance legal throughout the United States. In California, however, the drug’s use increased in the 1950s and 1960s with the rise of the Beatnik and hippy cultures.

The 1960s also saw the beginning of sinsemilla cannabis cultivation. This process produced more potent marijuana. The Moscone Act of 1975 decriminalized the possession of up to an ounce of weed in California. Efforts to legalize the substance began to ramp up in this era. 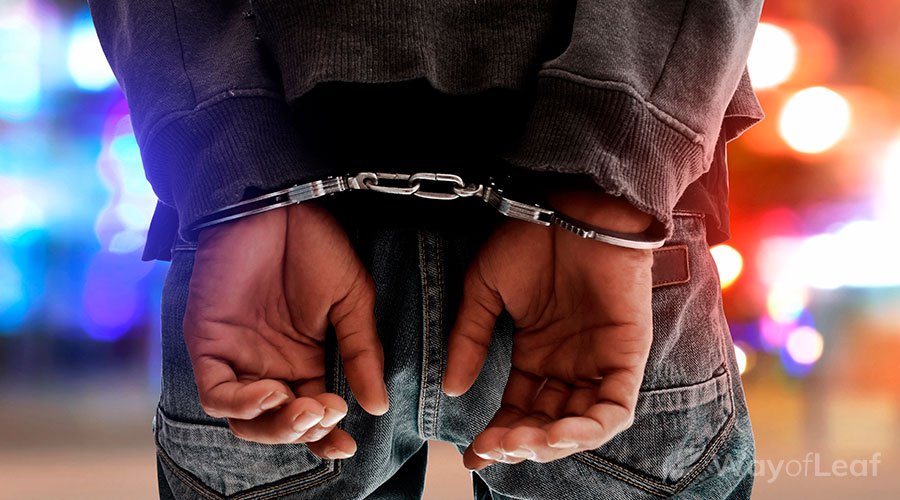 Proposition 19 looked to legalize cannabis in 1972. It was one of the first attempts to end prohibition. However, like the rest of these early efforts, Proposition 19 failed to make it to a statewide vote.

In the early 1990s, a group of hardcore marijuana activists from the San Francisco Bay Area took action. They formed a not-for-profit advocacy group called Californians for Compassionate Use. These individuals decided to take the legalization fight directly to the people.

San Francisco was the scene of the first triumph. The city approved Proposition P, with 79% of the vote in November 1991. It called upon state lawmakers to allow the use of MMJ. In August 1992, San Francisco’s board of supervisors passed a resolution instructing police in the city to make arrest and prosecution for cannabis possession ‘the lowest priority.’

The Californians for Compassionate Use group began to gain momentum. By late 1995, they had gathered the 400,000 signatures needed to qualify the Proposition for the November 1996 ballot.

Related article
The History of Marijuana in California

The complete history of weed i…

Several high-profile politicians were also involved in the early advocacy process. They included California Assemblyman John Vasconcellos and San Francisco District Attorney Terence Hallinan. He famously proclaimed that he wanted to see Proposition 215 pass, so he didn’t have to “send cancer patients to jail for using weed.”

The early days of Proposition 215 were nothing like the expansive MMJ program that the Golden State enjoys today. At present, there are around 1,500 licensed dispensaries in California. At the beginning of legal MMJ in the state, Dennis Peron’s San Francisco Cannabis Buyers Club was the only retail location! This legendary place was more of a cultural hub and hangout than an organized medical dispensary.

Also, passing Proposition 215 immediately brought California into conflict with U.S. law. The federal government viewed cannabis as an illegal substance and still does today. At the time, the United States anti-cannabis Task Force and California’s Attorney General and Medical Board openly set out to “pursue” any licensed doctor who recommended medical marijuana to patients.

Over a dozen licensed California physicians took legal action in the late ’90 s to keep their medical licenses.

Moreover, the DEA and other branches of the federal government executed raids following Proposition 215. This included a police raid on Dennis Peron’s Cannabis Buyers Club. Dan Lungren, the California Attorney General, at the time, issued the order.

There were also crucial moments that validated California’s authority to legalize medical marijuana under their state law.

An iconic court case known as ‘City of Garden Grove vs. Superior Court,’ was one of the most important. It established that the Garden Grove Police Department had to return confiscated marijuana from a prosecuted individual. It cited that “[just] because the [possession of marijuana] is a federal offense, [doesn’t mean that] the state has [the power] to punish it as such.”

At present, marijuana is legal in 33 states plus Washington, D.C. In 11 of these states, plus D.C., technically, recreational cannabis is permitted. California is one of the locations that now allow adult-use marijuana. The rapid expansion of legal cannabis makes it hard to believe that Proposition 215 happened only a quarter of a century or so ago.

According to Dennis Peron, 1996 was the year that “the stars aligned for medical marijuana.” Cannabis users around the United States owe a debt of gratitude to Peron and others involved in the activism of the 1990s.

Although the marijuana industry has come a long way in the United States, it still has a substantial journey ahead. Approximately two-thirds of Americans now believe that we should legalize MMJ at the very least. However, it will likely take years before we follow the lead of Canada and Uruguay.

Related article
How to Get a Medical Marijuana Card in California

How to become a qualified MMJ …

Want to Use Marijuana but Don’t Want to Get High? Here’s What to Do…