We live in an age where you can buy CBD for your dog, cats, and other pets in many states. It seems crazy that cannabis is still illegal on a federal level!

Meanwhile, most opioids are legal despite killing tens of thousands of people annually. Along with the ongoing opioid crisis, there are a considerable number of people becoming sick or overdosing on over-the-counter (OTC) drugs. To date, there are no recorded overdose fatalities from cannabis.

Yet it remains illegal while seemingly ‘harmless’ OTC medications run amok. In this guide, we look at five OTC drugs that are more dangerous than you realize.

What Is an OTC Drug?

As the name suggests, an over-the-counter drug is one you can buy without a prescription. According to the FDA, they are safe and effective if you follow the directions on the label. In the United States alone, there are over 80 classes of OTC medications. They range from weight loss to acne treatment products.

There are also a few medications that were once prescription but are now OTC. There are also ‘restricted’ over-the-counter drugs. You can buy them without a prescription, but you may need to provide an ID and a signature.

There are over 80 classes of OTC medications. They range from weight loss to acne treatment products.

They are easily affordable, and you can buy a large amount of them. If there are limits on any OTC drug, it is easy to go to another pharmacy and buy more.

Not everyone ‘follows the directions on the label.’ That is where OTC drugs can become dangerous. We know that consuming excessive THC can lead to very unpleasant side-effects. The same is true with legal over-the-counter drugs. Indeed, there are some on this list that could cause death!

Acetaminophen is the most common drug ingredient in America. The Tylenol brand is the third most popular in the nation. This drug is often used to relieve pain, fevers, cold, and flu symptoms. It may also help with soreness due to arthritis, muscle aches, and backaches. Like most drugs, acetaminophen comes under many names, although most people choose Tylenol. 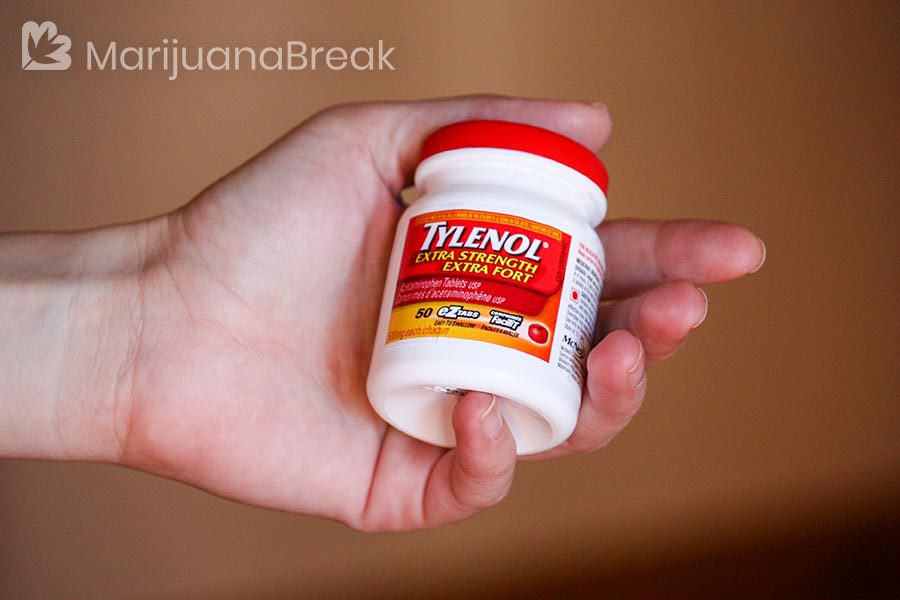 Depending on the pharmacy, you can get 30 x 325mg of Tylenol for approximately $14. Look at just some of the reasons weed remains illegal, and then compare it to Tylenol. It seems crazy that the government is backing a drug that has the following side effects:

Agrawal and Khazaeni published research into acetaminophen toxicity in Stat Pearls in December 2019. The recommended dose is between 650mg and 1000mg (two or three tablets) every 4-6 hours. You are not supposed to exceed 4,000mg per day. Toxicity develops at 7.5-10 grams a day. One 30-pill pack contains approximately 9,750mg of the drug.

Therefore, a single container is enough to cause serious health problems. The researchers point out that acetaminophen is responsible for 56,000 E.R. visits in America each year. It also results in 2,600 hospitalizations and 500 deaths. Meanwhile, there are no recordings of overdose fatalities associated with weed. Yes, the plant may cause a few side effects, but is far less likely to send you to the hospital!

Levonorgestrel (otherwise known as the Morning After Pill) is an emergency contraception tablet that is often used as a “backup.” Plan-B is one of the best-known brands. It is effective if you take it within 72 hours of unprotected sex. You can also use it in cases where birth control has failed to prevent unwanted pregnancy. 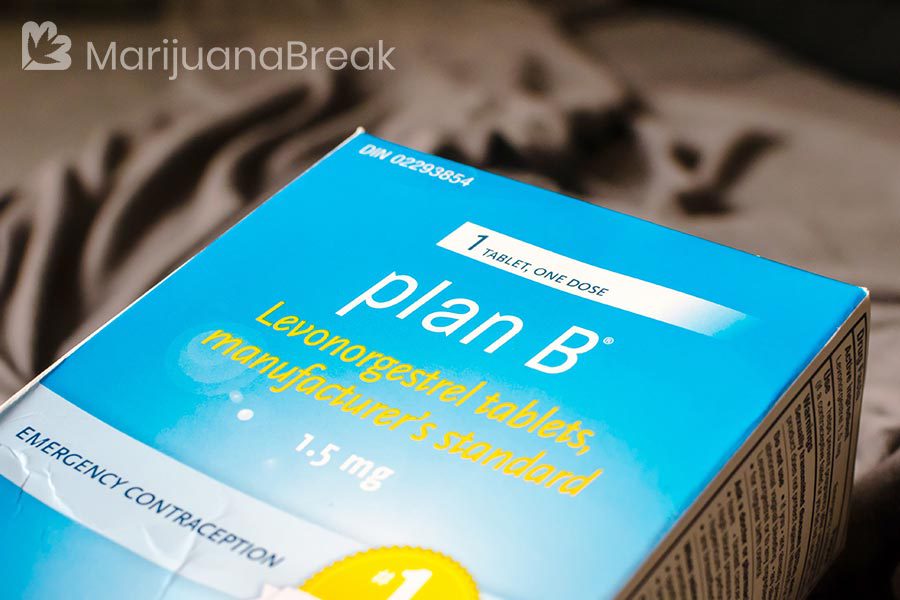 Levonorgestrel is a progestin, a hormonal drug that directly affects a woman’s menstrual cycle and pregnancy. Its side effects can range from mild to extremely severe, and these effects become worse upon repeat consumption.

Millions of women take the Morning After Pill (MAP) each year in America. A large percentage of them take the pill more than once. Therefore, the following side effects are concerning:

There is data that suggests young women who take a MAP are more likely to die before the age of 30. There are cases where a birth control pill was blamed for the strokes and deaths of women in their 20s. One possible issue with oral contraceptives is their propensity to cause blood clots. Their hormones make your blood more likely to thicken.

Cough medicine? Yes, it is potentially harmful if taken in large doses. You find DXM in OTC cough and cold medicines such as Nyquil, Robitussin, and Theraflu. It often tastes fruity and sweet, but possible symptoms include: 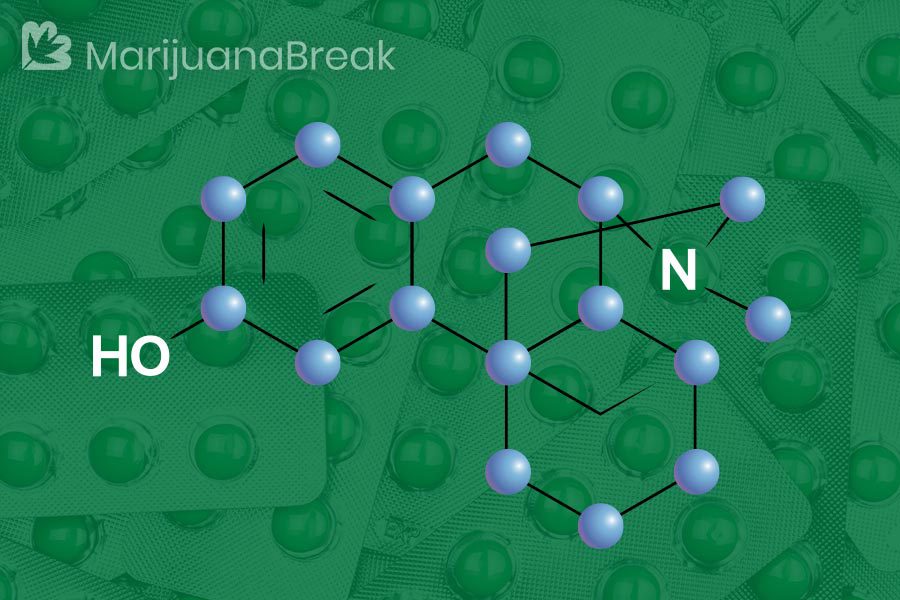 DXM is an opioid. You will experience an intoxicating high if you consume enough of it. Teenagers often attempt to ‘trip out’ on cough medicine because it is cheap and easily accessible. The feeling is not the nice cannabis high we know and love! According to the DEA, the maximum recommended daily dose of DXM is 120mg.

Related article
The Dangers of Synthetic Marijuana Drugs Like Marinol

Let's stick to the real thing.…

DXM overdoses lead to around 6,000 E.R. visits each year. There are also a handful of deaths related to the drug reported annually.

This one may come as a surprise, but over 50 million Americans suffer from some form of allergy. Allergic rhinitis affects between 10% and 30%, depending on who you believe. Antihistamines are the go-to treatment for the vast majority of people.

They are designed to relieve symptoms of itching, coughing, runny noses, skin irritation, and other signs of an allergic reaction. Antihistamines come in a range of forms, from liquid to tablets and even nasal sprays! However, they are also pretty easy to overdose on, and that is where the danger lies. 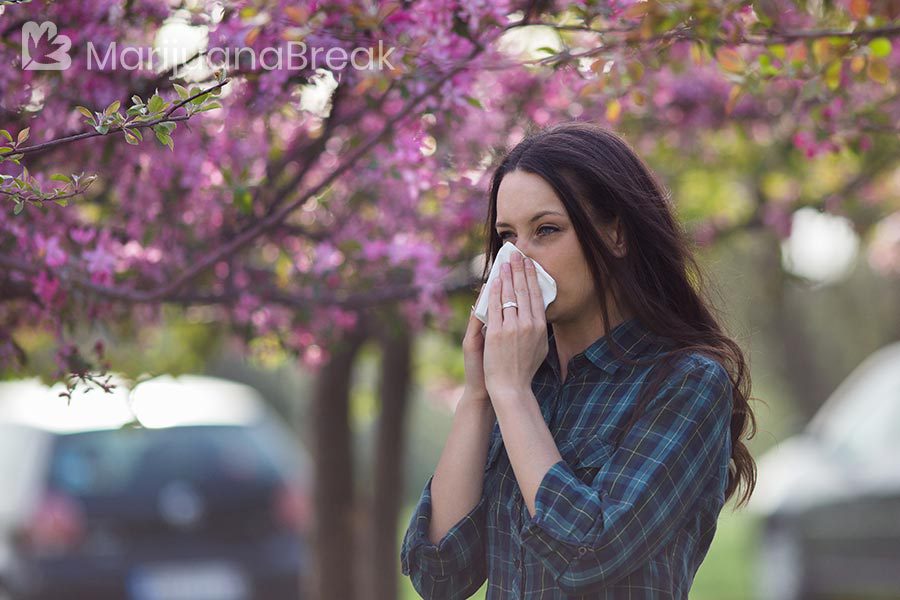 If you suffer from a debilitating allergy, it is easy to overdo it to pursue faster and more effective relief. However, an overdose of antihistamines can lead to any of the following side effects:

If you take sedative antihistamines, you must avoid driving or operating heavy machinery. Marijuana users who overdo it typically feel sick and fall asleep. They subsequently feel dizzy and confused when they wake up. In contrast, using too many antihistamines is potentially fatal. Symptoms such as respiratory distress and cardiac arrest may lead to death.

Commonly known as NSAIDs, these types of medication are the most widely used class of drugs. We usually take them to combat symptoms of chronic pain and fevers. Some of the most commonly used NSAID drugs are ibuprofen and aspirin. Both are potentially dangerous and not meant for long-term use. 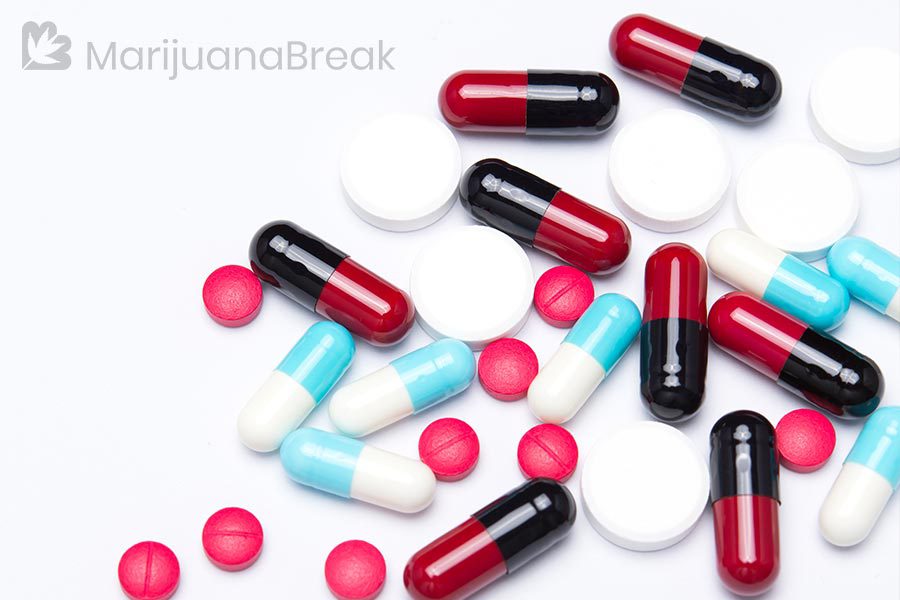 However, a growing number of people have become reliant on them. All it takes is a quick trip to the pharmacy, and you can load up. When used over a long period, NSAIDs are potentially harmful. Side effects include:

Statistics revealed that around 103,000 Americans are hospitalized every year as a result of gastrointestinal bleeding from long-term NSAID use. Approximately 16,500 people die. These stats reflect prescription NSAIDs alone, so imagine the figures when we look at OTC NSAIDs as well!

Now more states than ever before allow medicinal marijuana. However, the federal government will not legalize it. This situation is unlikely to change in the foreseeable future. Meanwhile, we have easy access to OTC drugs capable of ruining or even ending, lives. It is a ridiculous situation but there is no way that Big Pharma will give up its profits.

0
5 min read
Should You Wash Cannabutter for Better Tasting Edibles?

19
7 min read
Video
Liquid THC: How You Can Make It at Home