American Football is a sport renowned for its hard-hitting nature. The majority of those who play in the league for any period suffer from one injury or another. The NFL has taken steps in recent years to try and offer more protection to players.

These include penalties for lowering the head, making contact with the helmet against an opponent and outlawing chop blocks. The league has also implemented a robust concussion protocol where players must complete a five-step program to be cleared to play. 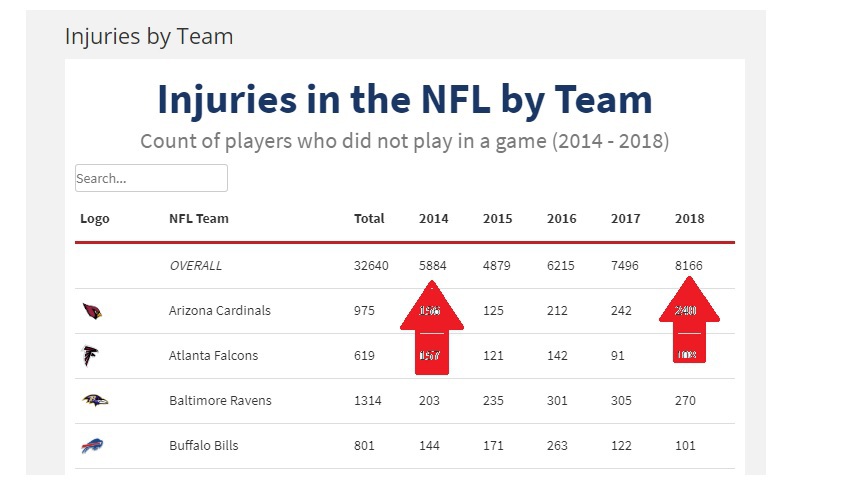 However, the NFL has received criticism for its strict anti-marijuana policy. A huge percentage of players use the substance to help with pains and aches. Yet, they faced severe penalties for testing positive for THC metabolites. Fortunately, the league has finally implemented common sense. Let’s find out more below.

The Impact of Opioids

The league was strictly against the use of cannabis for a long time. This is despite the countless tales of talented NFL players being forced to retire early due to severe injury. The number of players who missed at least one game in a season skyrocketed from below 5,000 in 2015 to over 8,000 in 2016.

The sheer scale of NFL player opioid usage to manage pain is frightening, as is the addiction rate. Take the Hall of Fame quarterback, Brett Favre. He has suffered serious injuries such as fractured bones and a separated shoulder. In the 1990s, he developed an addiction to painkillers. At one point, he took an incredible 14 Vicodin at once! 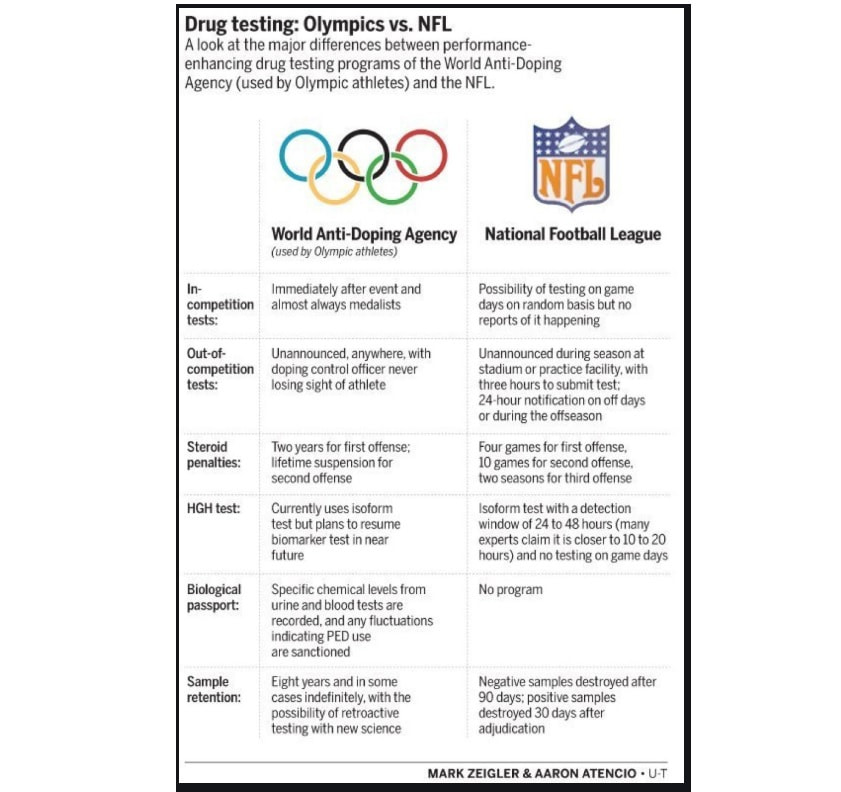 In 2011, ESPN commission a survey that asked over 600 former players about their use of painkilling drugs. Published in 2012, the research revealed that over 50% of players used prescription opioids while playing in the NFL. Of these individuals, over 70% admitted misusing the drugs while still playing. Over one in seven of those who misused opioids had done so in the 30 days before the survey.

Overall, retired NFL players use opioids at over four times the rate of the general population. There are numerous stories of how doctors and trainers in the NFL were ‘reckless’ with their supply of painkillers. This accusation was part of a lawsuit filed against the NFL by around 1,600 former players. The players also claimed that teams didn’t inform them about the long-term damage caused by painkillers.

Yet Cannabis Was Off-Limits!

Certainly, no one is suggesting that marijuana is completely safe. An estimated 9-10% of regular users develop a dependence by all accounts. However, the side effects of cannabis pale in comparison with what opioids do. Well over 40,000 Americans die each year from an opioid overdose.

It is long since believed that marijuana use could reduce reliance on opioids. This was the finding of a review of studies published in 2020. The researchers looked at nine studies in total, which had a combined 7,200+ participants. They found that when volunteers used opioids in combination with MMJ, there was a 64-75% reduction in the consumption of the painkillers.

Yet, the NFL steadfastly refused to countenance the use of cannabis. The league was perfectly happy to allow players to continue being hopelessly addicted to opioids.

What Were the Old Protocols?

Up until recently, players were subject to random drug testing via a urinalysis. An ex-player called Chris Long said that it wasn’t difficult to beat the testing, however. He used cannabis for much of his career without ever getting caught.

Even so, Long needed to use opioids and other drugs until the testing window had closed. Those who tested positive for THC metabolites had to enroll in a substance abuse program. They also became more likely to get selected for a future test.

A second failed test meant a two-game ban. A third and fourth fail meant a four-game ban, while a fifth failed test resulted in a 10-game ban. Any further failed tests meant expulsion from the league.

At the time, 35 nanograms of THC per ml was the threshold for a failed test. In contrast, the limit was 150ng/ml in Major League Baseball. It is also important to note that every player was tested at least once during the offseason. Also, a minimum of ten players from each team was selected for tests weekly during the regular season.

The NFL started taking tentative steps towards dealing with the issue. In 2019, the NFL and NFLPA agreed to mandate a mental health practitioner for each team. They also agreed to form a joint committee to analyze and assess alternatives for pain management. This committee hoped to reduce players’ reliance on painkillers.

However, scores of former players spoke out against the anti-marijuana stance in the NFL. It soon became clear that something had to give. In March 2020, it finally did.

The NFL Finally Removes the Shackles

The NFL announced major news in March 2020. The new Collective Bargaining Agreement (CBA) saw the implementation of a new drug policy. The NFL and NFLPA agreed that the league’s cannabis stance should involve helping players instead of punishing them for marijuana use.

First and foremost, the CBA states that players will no longer receive bans for positive cannabis tests. They will instead receive a fine that’s the equivalent of three week’s wages. Also, the testing period is reduced from four months to two weeks at the beginning of the training camp in August. The 35ng/ml limit was raised to 150ng/ml.

Players that test positive for THC during the training camp have their tests reviewed by a medical professional board. The board will decide if the player requires treatment.

These provisions came into effect on April 20, 2021. Players will no longer be tested for THC between April 20 and August 9. Effectively, this makes it extremely difficult for NFL players to test positive for THC metabolites! As long as they stop using cannabis a few weeks before training camp, they should have no issues.

According to Martellus Bennett, a retired tight end, almost 90% of NFL players use marijuana. The new CBA at least enables them to see if cannabis can ease their pains and aches without fear of severe punishment. It may also result in reduced usage of opioids. Incidentally, the NFL also tests for the following drugs:

It is a shame it took so long, but the NFL’s new stance is a case of ‘better late than never.’ It is of cold comfort to players who were severely punished for using cannabis. Josh Gordon and Randy Gregory are two examples of players who missed full seasons after being suspended after repeatedly testing positive for THC.

The terms of the new CBA make that extremely unlikely. It remains to be seen whether cannabis can help players manage their pain. We also wait with interest to see if the new policy reduces reliance on painkillers. The new rules mean that players are only tested specifically for THC for two weeks in August. They can’t fail a drug screening for cannabis use at any other time.

It also means that players should have no issues using CBD throughout the year. That is, as long as it contains a maximum of 0.3% THC.