10 Incredible Marijuana Stats That Will Blow Your Mind

The marijuana industry has enjoyed a remarkable rise. It remains illegal in most countries, but there are medical marijuana programs in several European nations. More than two-thirds of American states also permit medical cannabis, while over one-third now allow recreational marijuana.

While it is hard to depict cannabis’ influence in a couple of handfuls of stats, that’s what we try to do in this article.

This is a remarkable achievement given that marijuana remains a Schedule I substance under the Controlled Substances Act of 1970. Estimates vary, but it is believed that the American ‘legal’ cannabis industry alone is worth $13.6 billion per annum. With locations such as New York legalizing recreational marijuana, that figure is sure to skyrocket.

It is believed that the American ‘legal’ cannabis industry alone is worth $13.6 billion per annum.

A 2021 report created by New Frontier Data suggested that the U.S. legal market’s value could exceed $35 billion a year by 2025. When you consider that Americans purchase $66 billion worth of illegal marijuana products a year, this is hardly a stretch.

2 – Marijuana Legalization Support is at an All-Time High

A Gallup poll from 2020 found that 68% of Americans now support the legalization of cannabis. This is the highest figure ever. In the late 1960s, only 12% of people were in favor. Even in the 1990s, fewer than 30% of Americans wanted to legalize cannabis. However, the tide has turned, probably forever.

In terms of demographics, over 75% of people aged 18-49 want legal cannabis. It is interesting to note that only 48% of those who vote Republican want to end prohibition. This figure is slightly down; more than 50% were in favor from 2017-2019.

3 – Colorado is the #1 Cannabis Consuming State

This is disputed, mainly by residents of states such as Oregon and Vermont! However, over 21% of Colorado’s population uses cannabis. Oregon is second, with almost 20% of the population having tried cannabis in the last year.

This mountain covered state is…

Yet data from Statista suggests that D.C. is the hotbed of cannabis use. Admittedly, the information is from a couple of years ago. Even so, it shows that over 27% of people in the District tried cannabis at least once during the year. Vermont was surprisingly in second place, with Oregon coming in third. It is fascinating to note that California wasn’t even in the top ten for both sets of data!

Once again, estimates vary, but it seems as if Nigeria is among the world’s biggest marijuana-consuming countries. Over 19% of people aged 15+ have used it in the last year. This is remarkable given that the plant is completely illegal in the country.

Some data shows Chile has an extremely high rate of usage. Cannabis remains illegal for production and public consumption there. However, using it at home is legal! As a result, Chile has an even higher per capita use than Uruguay, where the plant is fully legal!

Apart from the United States and Canada, other countries with high usage of cannabis include the Czech Republic, Ghana, Israel, New Zealand, and Sierra Leone.

As much as things have changed in the cannabis industry, certain things remain the same. For example, African-Americans are charged with marijuana crimes at a rate that’s almost four times higher than their Caucasian counterparts. These days, white Americans use cannabis at a slightly higher rate! 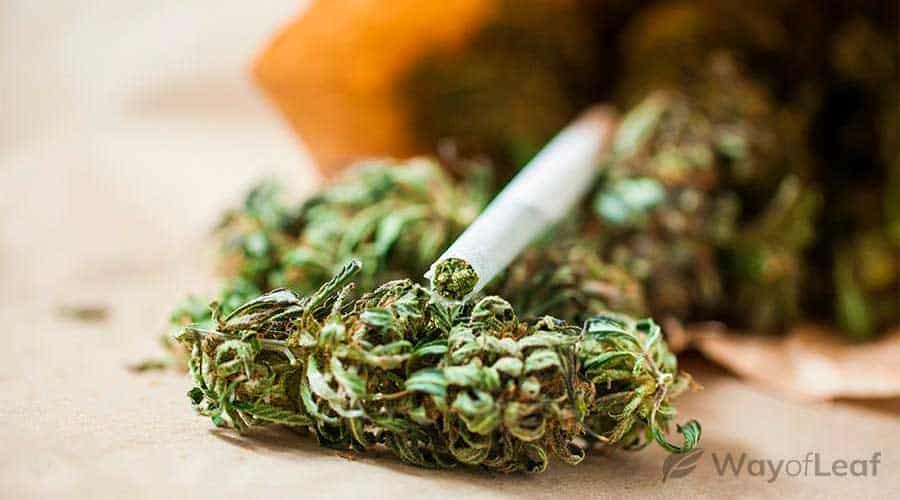 According to the ACLU, in every American state and over 95% of counties where at least 1% of the population are African-Americans, black people are arrested at higher rates for cannabis possession than white people. For the record, the level of disparity is at its greatest in Montana and Kentucky. In both states, African-Americans are arrested for cannabis possession over nine times more often than white people living in those states.

This is a damning statistic when you consider that MMJ is legal in a majority of states. Well over 80% of these prisoners are there on a simple possession charge. Cannabis is only decriminalized in slightly over half of American states.

Each of these prisoners faces major problems when they get out. Having a criminal record can prevent them from getting a job, finding affordable housing, or even voting. Many people released from prison on a cannabis charge live in a state where their ‘crime’ would no longer warrant a jail term.

There is a growing movement towards expunging non-violent cannabis convictions from a person’s permanent record. For many people, this can’t come soon enough.

The police still make over 800,000 cannabis arrests per annum, most of which are for the possession of small amounts. It costs a total of $3.6 billion per year to enforce marijuana laws.

What is particularly galling for legal cannabis industries is that law enforcement receives a cut of marijuana taxation. Dispensaries complain that the police don’t provide them with the same level of protection as other businesses.

There are accusations that police don’t respond quickly to calls regarding marijuana burglaries.

There are accusations that police don’t respond quickly to calls regarding marijuana burglaries. The protests that occurred after the death of George Floyd spiked looting in many major cities. Cannabis dispensaries in Oakland said the police didn’t warn dispensaries that they were targets, nor did they respond to 911 calls when burglaries were happening.

8 – There Are Now More Cannabis Employees Than Computer Programmers in the U.S.

The stigma surrounding marijuana has now lapsed in several states to the point where getting a job in the industry is viewed as an excellent career move. In 2019, the cannabis industry in America hired around 200,000 people. That figure is close to 400,000 in 2021 and could grow to nearly 600,000 by 2023. The 2020 number of 295,000 had already exceeded the number of computer programmers in the country!

The median salary in the cannabis industry is close to $60,000 per annum. Here’s a quick overview of salary ranges according to specific roles: 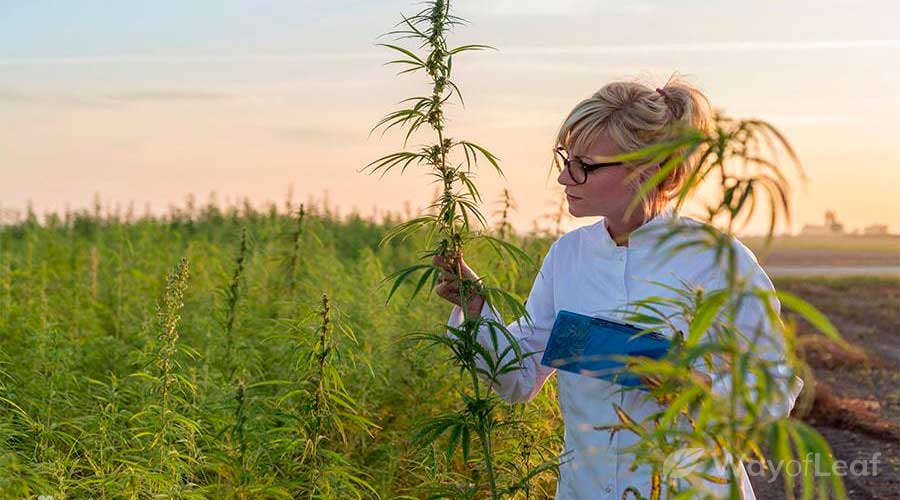 If you love the idea of working in the cannabis industry, a six-figure annual salary isn’t something you should turn your nose up at!

In fact, it isn’t even close. Estimates vary, but there are possibly over 260 million cannabis users in the world.

Research published in The Lancet found that around 22 million people were dependent on the drug. This is in contrast to over 26 million for opioids, which are consumed at a much lower rate. Opioids kill over 40,000 people a year via overdoses yet remain legal.

To date, there are thousands of studies that suggest cannabis has potential therapeutic value. Despite this level of research, marijuana remains illegal federally in the United States. In contrast, various legal drugs continue to kill hundreds of thousands of people per annum.

The fact that cannabis isn’t fully legal in the United States has done nothing to dent its popularity, either in the U.S. or globally. It remains the most popular illegal drug by some distance. Soon, however, there will come a time when it is no longer prohibited; the industry’s sheer size almost guarantees it.