While marijuana remains federally illegal, significant progress has been made since it became a Schedule 1 drug under the Controlled Substances Act of 1970. Today, cannabis is legal for recreational use in numerous states and for medicinal use in many more. There are countless men and women we have to thank for this.

Here are 10 of the most influential people in marijuana history, both past, and present.

It seems fitting to begin with the renowned Israeli scientist, Professor Raphael Mechoulam, also known as the ‘Godfather of THC.’ Mechoulam is famous for isolating and identifying THC in 1964. He has dedicated his life to studying cannabis compounds, and his early work laid the foundation for the discovery of the endocannabinoid system (ECS).

In many people’s eyes, Jack Herer is one of the greatest heroes in marijuana history. Many consider him to be the father of the marijuana legalization movement. Without his tireless work, the herb may not be as readily available in some states.

Nicknamed ‘the Emperor of Hemp,’ Herer opened his first head shop in 1973. Herer argued throughout his life that the U.S. government should decriminalize cannabis because of its myriad of potential uses.

Arguably, Herer’s book, ‘The Emperor Wears No Clothes’, (published in 1985), kick-started the marijuana legalization movement. The publication outlined cannabis and hemp’s rich history and many uses, including fuel, textile, paper, and medicine.

Jack Herer is one of the greatest heroes in marijuana history.

During his exciting life, Herer ran for President of the United States on two occasions. While trying to collect signatures for a California ballot initiative on legalizing marijuana, Herer trespassed on private property. He was arrested and received a 14-day prison sentence.

Herer passed away in 2010, but he lived to see the legalization of marijuana for medicinal use in multiple states. The marijuana strain Jack Herer is named after this great activist.

The legendary singer-songwriter Willie Nelson is almost as famous for his love of marijuana as he is for his music. Nelson has been an activist for many issues, but the beloved herb was the closest to his heart.

He is a co-chair of the National Organization for the Reform of Marijuana Laws (NORML) and has been fighting for cannabis legalization for decades.

Nelson wrote an autobiography titled ‘Roll Me Up and Smoke Me When I’m Gone.’ In it, he wrote that the legalization of marijuana for recreational use in states such as California was great news – as it meant he “didn’t have to fly to Amsterdam anymore.”

In 2015, Nelson released his line of cannabis products called ‘Willie’s Reserve.’ He opened stores in Colorado, Washington, Las Vegas, and Oregon in 2016. California is next up for the company, which currently sells edibles, vapes, and a host of accessories.

Nelson’s fame helped to highlight the fight for the legalization of marijuana. His efforts and activism rightly make him one of the most influential people in marijuana history.

Described as a ‘Marijuana VIP,’ Tommy Chong was born in Canada. He is best known for being one half of the legendary Cheech & Chong double act. 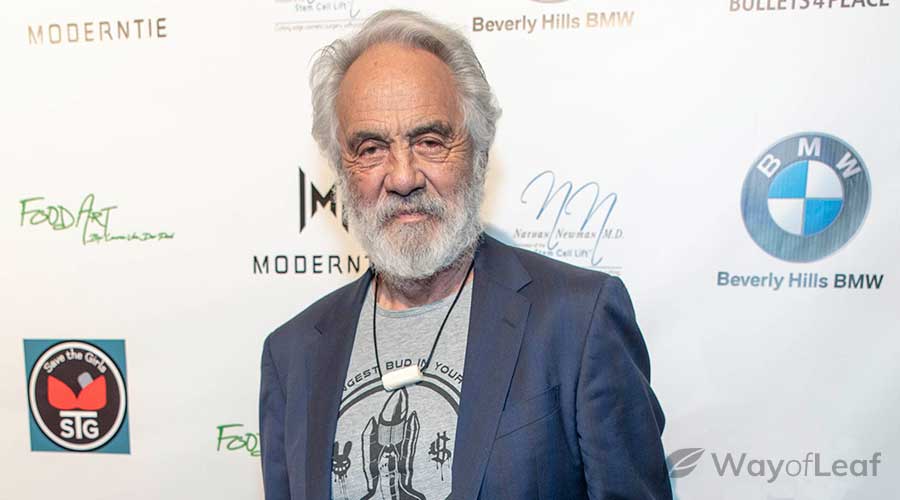 The infamous 1978 movie, Up in Smoke featured Chong and Cheech Marin. The film is about an unemployed, marijuana-smoking drummer named Anthony Stoner. When forced to get a job by his parents, Stoner and his fellow smoker Pedro de Pacas embark on a marijuana-fueled adventure.

Despite receiving negative reviews, it fared well at the box office, and many credit it with beginning the ‘stoner’ comedy genre. To this day, Chong continues to lobby for legalization.

Related article
Tommy Chong’s CBD Review: Is There Substance with the Hype?

Keith Stroup is the founder of NORML, the National Organization for the Reform of Marijuana Laws. The organization has fought to reform marijuana laws since 1970.

Stroup served as the group’s executive director until 1979. By that time, 11 states had implemented decriminalization laws, so clearly, NORML had a significant impact.

Stroup took a lengthy break from working with NORML, during which time he worked as an attorney and lobbied for artists and family farmers. In 1994, Stroup returned to NORM, joining its board of directors. He resumed his role as executive director in 1995. For the next decade, Stroup acted as a spokesperson for reforming marijuana laws before stepping down from that role. Stroup continues to work with NORML to this day. 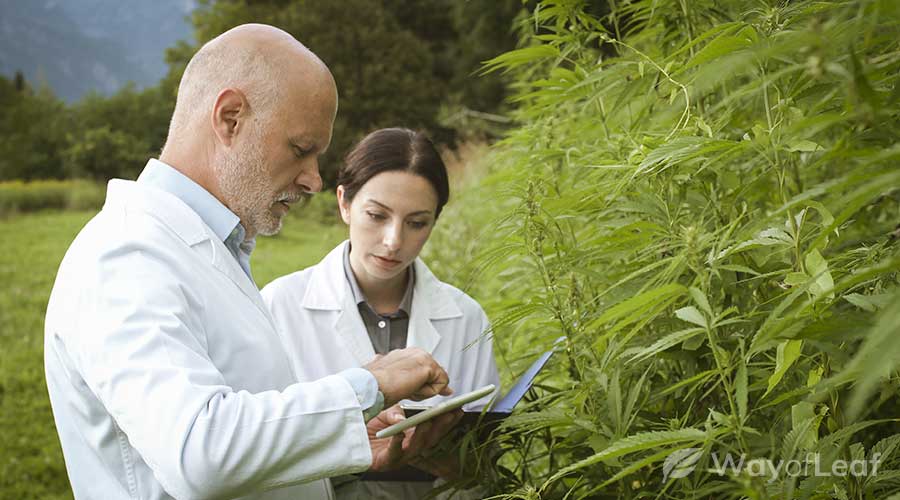 It is no exaggeration to say that NORML is one of the most important pro-marijuana groups in American history. Under Stroup’s leadership, the organization became the first to bring a lawsuit against the DEA. The case centered around the legalization of marijuana for medicinal use.

NORML also helped Robert Randall in 1975 when charged with marijuana possession. He was cleared of these charges and eventually became America’s first legal medicinal marijuana patient.

NORML was also influential in ensuring that the first full legal cannabis bill was presented to Congress.

DeAngelo is renowned as one of the top marijuana entrepreneurs and activists in the United States. He dropped out of school to become an activist and joined the Youth International Party. The political group organized ‘smoke-ins’ on July 4 to protest against the illegal status of marijuana.

After reading Jack Herer’s book, ‘The Emperor Wears No Clothes,’ DeAngelo arranged to meet him. Together with Herer, they began a national tour to promote hemp and marijuana.

Together with Jack Herer, Steve DeAngelo began a national tour to promote hemp and marijuana.

DeAngelo has been campaigning for the legalization of marijuana for around 40 years. He founded several marijuana dispensaries, including Harborside Health Center, which is the largest weed dispensary in the world.

DeAngelo believes that cannabis is a medicine and that it should not be used as an intoxicant. In 2015, DeAngelo received the High Times Lester Grinspoon Lifetime Achievement Award in recognition of a lifetime dedicated to marijuana legalization.

West is one of the leading female voices in the pro-marijuana movement. She has created a cannabis lifestyle brand named after herself, called Jane West.

West is best known for founding the national cannabis networking organization called Women Grow. In 2016, West was named ‘the most widely recognizable female personality in cannabis’ by Inc magazine.

Lester Grinspoon is a legend in the field of psychiatry. He is Associate Professor Emeritus of Psychiatry at Harvard Medical School.

Grinspoon’s interest in cannabis began in the 1960s as it became more popular in the United States. Initially, his goal was to prove that marijuana was dangerous. He sought to prevent harm from coming to the “foolish young people who would not listen to, or could not believe or understand the warnings about its dangers.”

Grinspoon’s research began in 1967, and he soon realized that he was mistaken about the dangers of cannabis. He acknowledged that marijuana was less dangerous than he initially believed. In 1971, Grinspoon’s work ‘Marihuana Reconsidered’ was published.

Related article
Famous People Who Use Cannabis [#6 Will Surprise You]

Stars who love weed and aren't…

According to Grinspoon, very few people become addicted to the substance. He also supports it as an addition to some forms of modern western medical treatment.

Grinspoon has spoken at NORML conferences. In 2010, he endorsed Washington Initiative 1068, which removed criminal penalties for adult marijuana use.

High Times magazine has named an award after him for his contribution to the legalization of marijuana. As mentioned above, Steve DeAngelo won this award, i.e., the High Times Lester Grinspoon Lifetime Achievement Award, in 2015.

In 2016, the state of California appointed Lori Ajax as the first-ever head of the Bureau of Medicinal Marijuana Regulation. As part of her remit for that role, Ajax was responsible for ensuring an operational market for regulating, licensing, and taxation of medical marijuana. These days, Ajax is overseeing the transition from medical to recreational marijuana use in the state.

Beal is a renowned social and political activist. He has been a member of the Youth International Party for decades and founded the Yipster Times in 1972.

Perhaps his most outstanding achievement, though, was founding the Global Million Marijuana March event in 1999. Since then, it has spread around the world. The annual march happens in hundreds of cities on the first Saturday of May.

Final Thoughts on the Most Important People in Marijuana History

Both recreational and medicinal marijuana consumers are indebted to the people on this list. The actions of each of them have led to the legalization of cannabis in many U.S. states.

These men and women are cannabis trailblazers and ten of the most influential people in marijuana history.

Within the cannabis community, Willie Nelson, Jack Herer, Dana Beal, Jane West, Tommy Chong, and Steve DeAngelo are recognized for their activism. Raphael Mechoulam and Lester Grinspoon are outstanding, seminal figures in cannabis research. Finally, Lori Ajax and Keith Stroup are renowned for their legal and political activities. These men and women are cannabis trailblazers and ten of the most influential people in marijuana history.