Cannabis remains a federally illegal drug with ‘no accepted medical value.’ It is a spurious notion given the thousands of studies into the possible benefits of MMJ. The plant is a Schedule I substance, which means it is also apparently highly addictive. It is another suggestion that doesn’t stand up in the face of scientific scrutiny.

For as long as marijuana remains illegal in so many countries around the world, research will continue to be slow. What’s emerging to date, however, already helps blow decades-old assumptions, myths, and stereotypes out of the water. Researchers now believe that cannabis could prove useful for patients with chronic pain. It could also help relieve symptoms of MS and reduce nausea and vomiting from chemotherapy.

Indeed, there is a new study emerging most weeks that outlines a potential use for cannabis. We would love to go through them all, but in this guide, we’ll focus on five that are relevant.

1 – Cannabis Stops the Opioid Killer in Its Tracks

According to the CDC, opioids are now the cause of over 47,000 deaths per annum.  Government officials are desperately thinking of ways to solve the crisis and don’t seem to realize that the answer is on their doorstep. It is only in recent times that the government has finally acknowledged that it has an epidemic on its hands. The CDC estimates the annual economic cost of opioid abuse is over $78 billion per annum.

In March 2018, the Minnesota Department of Health published findings from enrollee experience during the first five months of the state’s medical-marijuana program. It found that 63% of opiate painkiller users were able to reduce or eliminate their use of deadly opioids.

These findings follow on from Michigan’s experience, which was published in 2016 and found that medicinal weed reduced opioid usage by 64%. A detailed review of northwestern states saw an opioid reduction usage of 77%. 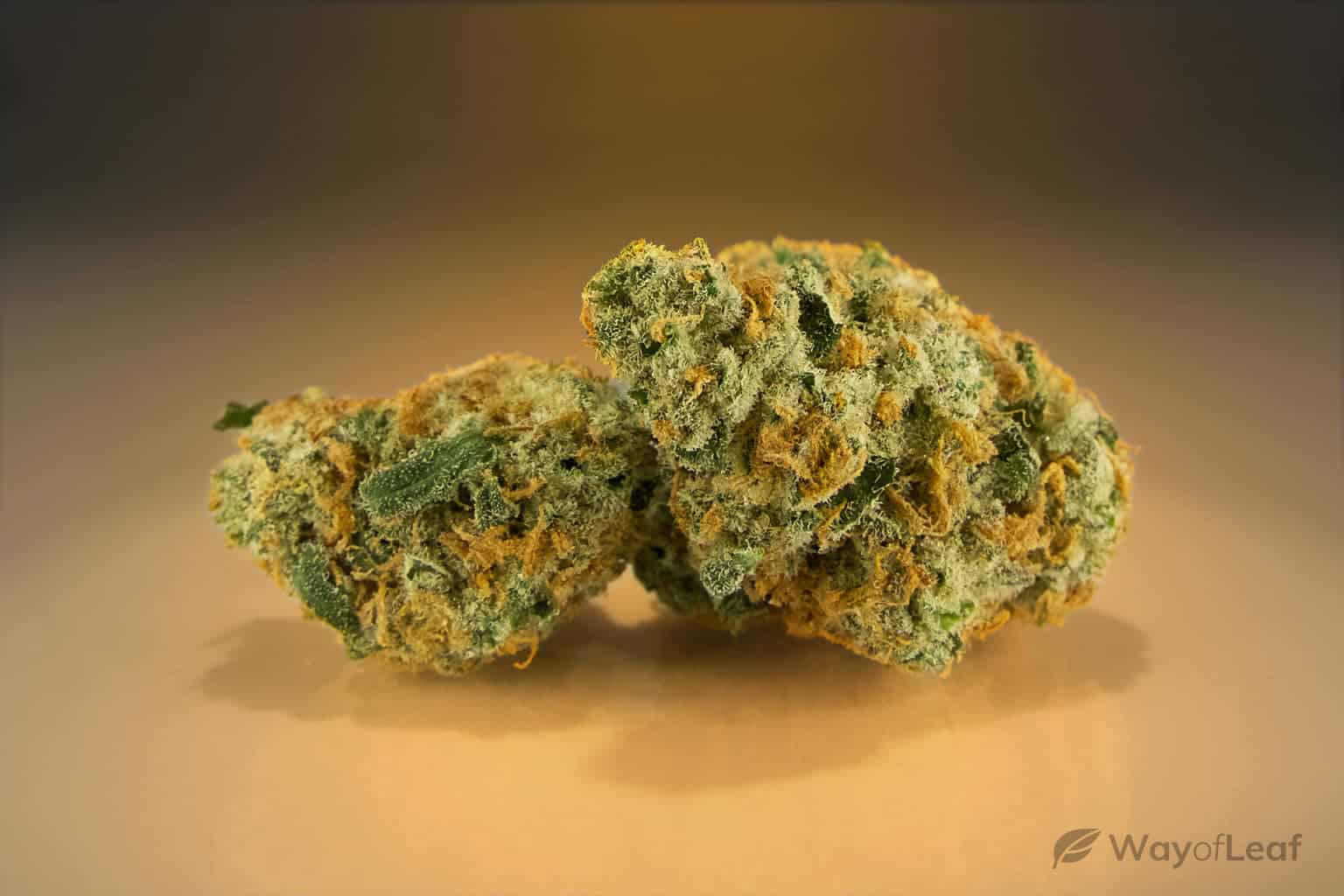 Back in 2020, American Marijuana embarked on research that selected 19 states where MMJ is legal. Next, it compared the opioid prescribing rate a year before and after these states legalized medical marijuana. 15 of the 19 states showed a fall in the opioid prescription rate in the year after legalization.

The only states that saw an increase were New Mexico, Arizona, Michigan, and New Jersey. In the case of NJ and NM, the rate of growth was minimal. For the record, Ohio, Pennsylvania, and North Dakota showed the most significant decreases in the rate of opioid prescriptions.

It seems remarkable that marijuana could play a significant role in defeating the opioid epidemic. We wait and see if it becomes legalized around the country.

In Israel, scientists recently conducted open clinical trials on how cannabis could help with autism spectrum disorder (ASD). The study, by Bar-Lev Schleider et al., was published in the journal Scientific Reports in January 2019. It concluded that cannabis as a treatment for ASD was potentially beneficial.

The researchers looked at the link between the use of MMJ and behavioral improvements in kids with autism. One hundred eighty-eight patients received cannabis oil with 30% CBD and 1.5% THC. They found that it was a safe, effective, and well-tolerated option. It helped relieve a wide range of issues, including depression, rage attacks, tics, seizures, and restlessness.

After six months of treatment, 83% of participants reported some level of improvement; 30% showed significant improvement.

The study also looked at the quality of life improvements. A majority of the patients reported a positive mood and a better quality of life after six months. There was also evidence that the oil helped to improve sleep and concentration.

Recent research suggests that weed is potentially useful for individuals with painful chemo symptoms. A double-blind placebo-controlled study by Lynch et al., published in The Journal of Pain Symptom Management in 2014, showed promising results. It looked at the use of an oral mucosal cannabinoid extract for the treatment of chemotherapy-induced neuropathic pain. The trial involved 16 patients, and they experienced a significant reduction in pain intensity after using cannabinoids.

A study by Bar-Lev Schleider et al., published in the European Journal of Internal Medicine in March 2018, showed that medicinal cannabis helped relieve pain, and nausea and vomiting suffered by chemotherapy patients.

The study looked at almost 3,000 chemotherapy patients who received medical marijuana between 2015 and 2017. After six months, over 1,200 patients were still taking weed, and 96% of them reported an improvement in their condition. It seems patently cruel that cancer patients don’t have access to marijuana in some states when it helps them fight through the pain and nausea.

However, those thinking of using cannabis during chemotherapy must tread carefully. Cannabinoids such as THC and CBD interact with medications processed by the cytochrome P450 (CYP) enzymes in the liver. CYP enzymes metabolize around 60% of the drugs on the market!

One way of avoiding an issue is to change the method of administration. Inhalation can help bypass the liver; vaping and the use of an inhaler are the best methods. You can also use intra-rectal or intra-vaginal routes. Inhalation provides a faster result as the medicine is absorbed within five minutes via an exchange of gases in the lungs. If possible, avoid using edibles if you are being treated for liver cancer. This condition significantly decreases your liver’s ability to metabolize weed.

Imagine a world where a harmful substance is legal and celebrated while a healthy one is vilified and banned. You don’t have to because that’s where we are! A study by the University of Colorado-Boulder meta-analyzed the damage caused by alcohol and weed in the brain. The research team looked at over 800 adults aged 18-55 and over 400 teens aged 14-18. The participants had variable rates of weed and alcohol consumption.

As most people know but seem to ignore, a low level of alcohol consumption can be healthy, but higher levels reduce gray matter volume and threaten white matter.

Meanwhile, cannabinoids were shown to have no long-term effect on gray or white matter. While no one recommends the long-term chronic use of weed, it is less likely to harm your brain than alcohol. Even so, you could order $1,000 worth of liquor online right now, and no one would bat an eyelid.

5 – Cannabis Is Conclusively NOT a Gateway Drug

The ‘Gateway Theory’ myth has lingered for decades. The suggestion is that using weed will lead to an individual becoming more likely to use ‘harder’ drugs like heroin or cocaine. The term became popular in the 1980s after an ‘observation’ that individuals who use recreational drugs begin with cannabis.

There is practically no evidence to back up these assertions. While some people try marijuana before using other substances, there is no proof that weed caused them to do so. In reality, cannabis and alcohol are easy to access for many Americans. Therefore, it is only natural to try them before moving into darker territory. 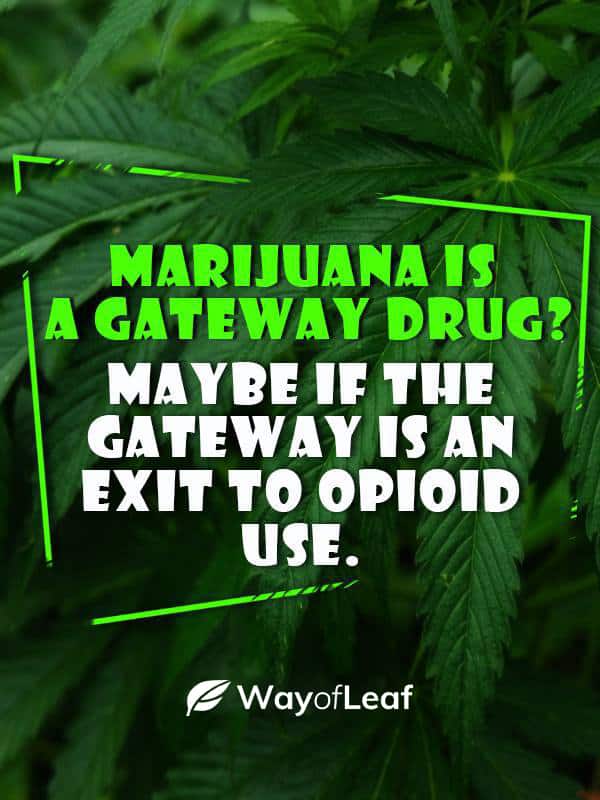 In Japan, marijuana is much harder to find. A study by Vanyukov et al., published in the Drug Alcohol Dependence journal in March 2013, looked into the ‘gateway hypothesis.’ It found that over 83% of recreational drug users in Japan didn’t begin with marijuana. Many factors lead to a person developing a substance use disorder. These include social, genetic, and personal issues.

Not only is the Gateway Drug notion nonsense, but there is also evidence that MMJ could reduce the risk of moving to hard drugs. A study by Northwell Health surveyed 138 MMJ users and asked them 20 questions. They asked for information such as how often they used it, whether it reduced pain, and if it helped them cut back on painkillers.

91% of respondents said they would recommend MMJ to others. Moreover, 65% of patients said using cannabis for chronic pain helped them cut down on painkilling drugs. In essence, marijuana could help people steer clear of opioids and similar medications such as heroin.

In reality, we have only looked at a small number of studies in this article. There are thousands of published papers that have looked into the effects of marijuana. Up until recently, many of these studies focused on the negative aspects. Oddly enough, once researchers took a more positive slant, they began finding that cannabis has real potential.

The long list of prevalent myths associated with cannabis continues to harm the plant’s image.

For instance, there is a belief that weed is more addictive than other drugs. In fact, it is significantly less addictive than a few legal drugs! According to Mayo Clinic Proceedings, 9% of cannabis users become dependent on the substance. Compare this to alcohol (15%), cocaine (17%), heroin (23%), and nicotine (32%), and you begin to see how ridiculous it is that marijuana remains a prohibited substance.

It seems odd that we live in a nation where the leading cause of death for people aged 50 or under is drug overdose. Yet we continue to allow people easy access to opioids while cannabis remains out of the reach of tens of millions.

18
3 min read
Can I Become a Cannabis Patient if I Own a Gun?

Everything you need to know about MMJ and guns

2
3 min read
Cannabis Tampons – Do They Really Work Or Are They A Complete Joke?