The combination of marijuana and sport is one that’s likely to land an athlete in trouble. In theory, sportspeople are ‘clean’ and don’t use performance-enhancing drugs. In practice, illicit drug use plagues the majority of professional sports. If there are large sums of money involved, it seems as if nothing is off the table.

Although it is more accessible than it has been for a century, marijuana in sports remains illegal. Despite this fact, countless athletes use it.

Why Is Medical Marijuana Banned in Professional Sports?

The calls to permit medical marijuana in sports are growing louder. However, at present, MMJ cardholders who compete must steer clear of the herb. If you test positive for THC or THC metabolites, you will receive a ban. The World Anti-Doping Agency (WADA) identifies marijuana, and various cannabinoids, as prohibited substances in competition. While it recently removed CBD, THC remains.

Interestingly, the WADA THC threshold is three times higher than the average employee drug screening. When you undergo a urinalysis at work, 50ng/ml is the limit. However, WADA allows a limit of up to 150ng/ml. It offers leeway to those who use MMJ or recreational cannabis. Nonetheless, you will need to stop using it weeks before the competition. Also, cannabinoids such as CBN, CBG, and CBC, are banned by WADA.

Professional sports conduct testing for banned substances for many of the same reasons as an employer. They want to cover themselves against possible negative consequences for the health and safety of the employee and others. Drug testing also protects a team’s investments in a player.

An example of sport and marijuana conflict is if a star player in a team tests positive for the drug. The team is immediately under pressure to discipline their employee, and perhaps even terminate their contract. The franchise’s sponsors could even threaten to withdraw their cash to protect their reputation. Also, sportspeople who take drugs may miss practice and games or perform below their potential.

Why Marijuana Should Be Allowed in Sports

Much of the above is solvable if we remove the ‘stigma’ of cannabis use. An increasing level of research suggests that weed can help with recovery and pain. Surely that’s a positive thing? It seems odd that marijuana use in sports is illegal, but athletes are permitted, and even encouraged, to use opioids.

Opioid addiction causes more than 100 deaths per day in the United States. Manufacturers, such as Purdue Pharma, have paid out billions of dollars in settlements. Sadly, the opioid epidemic impacts sports and begins at an early age. In the United States, in particular, student-athletes are under immense pressure. For the most talented, they know there is a possibility of landing a college scholarship. The very best could even land a lucrative professional contract one day. 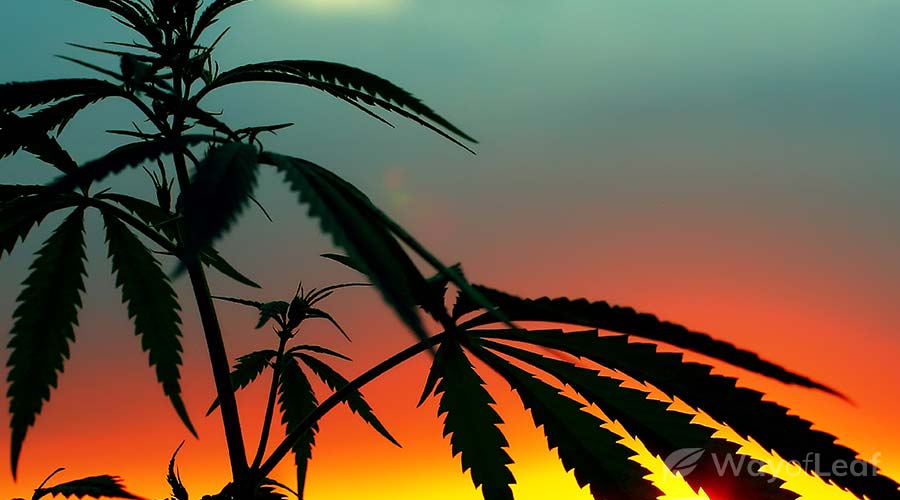 Therefore, teenage sportspeople learn to ‘play through the pain’ from an early age and use painkillers to help. A study by Veliz et al., published in the American Journal of Public Health in May 2013, looked at the nonmedical use of opioid medications among adolescents. The researchers found that athletes in high-injury sports like wrestling and football had a 50% higher chance of using opioids for nonmedical reasons.

Even professional athletes receive limited insurance options. This can also drive them into the deadly arms of opioids. Ray Lucas, a former NFL quarterback, outlined the problem. He said you get insurance for five years in the league and are then on your own. Rather than paying $400,000 for surgery to fix his injured neck, Lucas started using prescription medication. He began with 125 pills a month but ended up taking 1,400 at the height of his addiction.

Allowing marijuana use in professional sports would at least give athletes an alternative to opioids.

One of the burning questions relates to how marijuana impacts sports performance. There are two sides to the coin. Opponents of cannabis claim that it harms performance. Here is a quick overview of these adverse effects. Cannabis could:

However, most deleterious effects of marijuana in sports occur when you use it before an activity. It also seems as if smoking isn’t particularly beneficial. Most athletes that try weed do so after competing, though some use a small amount beforehand

Those who are involved in extreme endurance events occasionally like to take some THC before embarking on their quest. As long as you avoid getting stoned, you may find that the relaxing effects help you feel better. In theory, this would also help athletes prone to nerves before a big event.

The main benefits appear to involve a reduction in post-exercise inflammation and pain. The anti-inflammatory properties of cannabis could help speed up the recovery process for injured athletes. It could also aid those who only have a few days to get ready for their next game or event. In summation, the possible benefits of weed in professional sport include:

The final point is an interesting one, as it contradicts what opponents of marijuana say. A study by Bilkei-Gorzo, published in Nature Medicine in June 2017, found that regular low doses of THC restored cognitive function in mice. Also, a significant number of athletes claim that weed helps them get into the ‘zone’ while they train.

How Many Professional Sports Players Use Marijuana?

It is impossible to say. As it is illegal in every professional sport, athletes are understandably not forthcoming about their cannabis use! Avery Collins is a pro ultramarathon runner who openly admits to using cannabis. He consumes it via a THC-infused chocolate bar or a vape device.

Collins is also very quick to point out that he uses weed while training but NOT in competition. After a 30+ mile run, he likes to use CBD transdermal patches or gel to reduce the pain.

Floyd Landis won the Tour de France in 2006. However, he was later stripped of the title for using synthetic testosterone. These days, he has a business called Floyd’s of Leadville, which sells recreational cannabis-infused products.

Former Chicago Bull NBA player, and the coach of Golden State Warriors, Steve Kerr, admitted using marijuana as a remedy for back pain. While he didn’t like it, he acknowledges that it is better for the body than Vicodin. He believes that the NBA should remove cannabis from its list of banned substances.

There are a lot of former NBA and NFL players who admitted using cannabis while they were active in their leagues. The reality is that there are thousands of professional athletes around the world that use Mary Jane. Marijuana use in professional sports is rife; it is a question of accepting it.

Bottom Line on Marijuana in Sports

Common sense would suggest that, eventually, professional organizations will need to accept the existence of marijuana in sports. Ideally, they will embrace it and realize that the use of weed is likely far less dangerous than opioids. Those who mix marijuana and sport should know the risks, but research suggests that prescription painkillers have a far more damaging long-term effect.

WADA has taken one step forward by allowing the use of CBD. Perhaps one day, it will permit other cannabinoids. Big Pharma won’t like it, but it could have an array of positive benefits for athletes. Let’s see what future research says before making any concrete determinations.

9
10 min read
Join the discussion
TOC
Premium
Your subscription has ended
If you love cannabis and appreciate our content, join WayofLeaf Premium today and receive:
Best of all, part of your membership fee will go towards helping to legalize cannabis.
Go Wayofleaf Premium
No thanks, I can't afford it
I already have an account
×
Login in to your premium account