The vast majority of the United States is in the middle of a green revolution. Currently, 47 US states have legalized the use of marijuana in some form or another – whether this is full legalization for adults, decriminalization, or something in between.

There are very few who would argue that this progressive take from the vast majority of state governments has been anything other than widely successful. Cannabis offenses are down, and a whole host of benefits have emerged, including billions raised across the country in additional taxes.

Despite the changing laws of most states within America, marijuana remains federally illegal. From a federal perspective, the use and sale of weed is illegal. The opposing views on the plant from state and federal law create a lot of confusion and problems. One of the more unexpected places where it has created a massive problem is with banks.

The legal marijuana trade is creating billions of dollars within states, but federal law is preventing banks from getting involved as they should be. This then leads to a whole host of problems and issues for hundreds of thousands of people across the country.

Slowly but surely, the government is recognizing this problem and attempting to find a solution. If you want to know the latest scoop on marijuana and banking laws, you are in the right place. Read on as we give you all the information you could need for this complex and vital issue.

What Is the Problem with Marijuana and Banking Laws?

The problem with marijuana and banking laws stems from the difference between many states’ laws and the federal law on marijuana. Most state governments within the US have now changed their laws on cannabis, and the plant is now legal in some way or another. As it currently stands, out of every state in America, only Idaho, Nebraska, and South Dakota still class marijuana as wholly illegal. Everywhere else in the country, weed is legal in some form.

At a federal level, this is not the case. Despite being legal in many states, marijuana is still illegal in federal law. This means that in the eyes of the federal government, cannabis use, possession, cultivation, and sale is still a federal offense.

The federal government has ultimate jurisdiction over the US dollar. As federal law views marijuana and any related activity to the plant as illegal, any dollars involved are the proceeds of a federally unlawful transaction, even if a state would consider the same transaction as legal.

Due to this disconnect between state and federal marijuana laws, banks will not touch state-legal marijuana businesses with a barge pole. Ultimately, banks have to answer to the federal government, and they will not get involved with any legitimate marijuana businesses for fear of federal retribution. If a bank were to offer its services to a marijuana company, the federal government could take the view that they are helping to facilitate illegal operations and even money laundering.

As banks will not get involved, practically the entirety of the multi-billion dollar legal cannabis industry is operating on a cash-only basis. Unsurprisingly, this is causing a whole load of problems.

Who Is Affected by Marijuana Banking Laws? 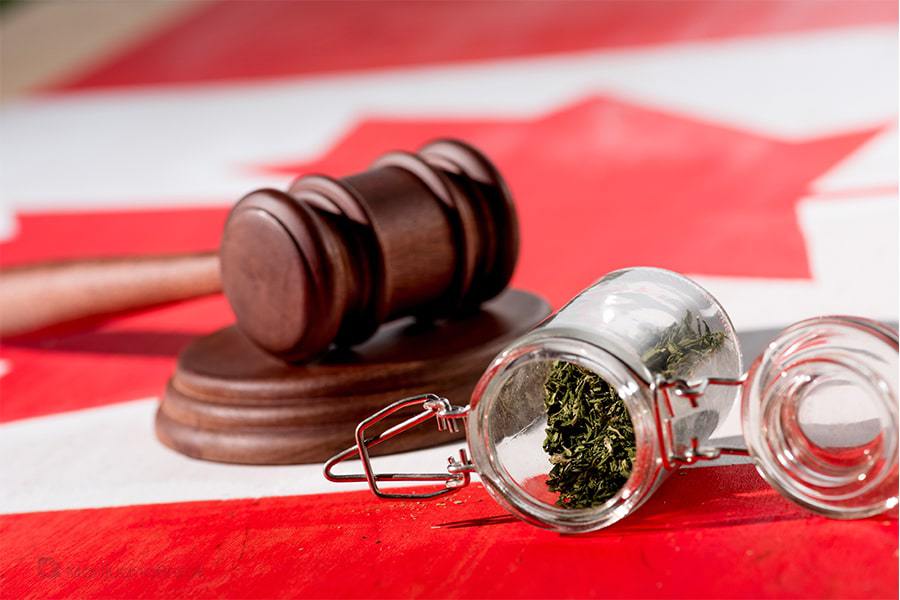 Upon hearing of this problem, you might shrug your shoulders and think, so what? Seems pretty niche, why should I care? Well, this problem is affecting a lot more people than you might think – and in some cruel ways.

The legal marijuana industry is one of the fastest-growing in America. There are hundreds of thousands of people employed within it, and this number will only continue to grow for the foreseeable future. All of the businesses employing these workers are legal in their state and work incredibly hard to support themselves and their families. These regular people deserve the same rights and protections as workers in any other industry.

As it stands, these people are being forced to operate in the shadows and deal in large amounts of cash. The federal law is treating them as if they were Pablo Escobar instead of the mom and pop families they are. Receiving your salary exclusively in cash causes many problems.

Unsurprisingly, it makes them targets for criminals. Criminals regularly target weed dispensaries as it is common knowledge that they store large amounts of cash. By only being paid in cash, weed workers also struggle to open bank accounts, get approval for loans or mortgages, pay bills, and often find themselves having to resort to pay-day lenders.

Marijuana Banking Laws and the Economy

It is not only marijuana employees who are affected. As the government views dollars within the marijuana industry as proceeds of illegal transactions, anything connected becomes criminal, too. In the eyes of federal law, any plumbers, electricians, lawyers, landlords, accountants, or anyone else who offers a service to a marijuana business are also breaking the law for serving a client legal under state law. Indeed, there have even been reports of large law firms who have had their bank accounts shut down for offering counsel to marijuana-related companies.

The banks themselves are also missing out. Many small local banks have said they would love to help this new, thriving industry but currently cannot. Banks are missing out on billions of dollars’ worth of business, which is billions of dollars sat there doing nothing when it could be stimulating the economy.

Surprisingly, another big loser from this current situation is the government. By forcing such a huge industry to operate exclusively in cash, the government is just asking for people to underpay taxes and to allow criminals to exploit the system. There is also a huge labor cost when these businesses come to pay their taxes entirely in cash. It requires counting by hand and protection by additional security.

What Is the Latest Scoop with Marijuana and Banking Laws?

It is clear to anyone with a brain that the current state of affairs cannot go on. Even the General Attorney has said that the current disconnect between state and federal laws is intolerable and untenable.

The good news is that change does seem to be on the horizon. The bad news is that, so far, this necessary change has been a long time coming, and there is no saying how much time it will take for change to happen.

Until now, the federal government’s response has been to stick their fingers in their ears and hope it all goes away. Now, they are beginning to recognize they need to act. At the end of September, the US House of Representatives passed a vote advancing legislation that would allow banks to deal with the marijuana industry. The bill clarifies that money from a legitimate marijuana business wouldn’t be illegal and implores the federal regulators to create rules for the supervision of this activity. It is now up to the Senate to decide.

It remains uncertain as to what the Senate will decide. Republicans are apparently cautious about allowing banks to deal with cannabis business while still being federally illegal. Democrats would prefer to look at broader cannabis legalization as a whole instead of just targeting the banking issues.

As it currently stands, it remains illegal for banks to be involved with state-legal marijuana business, but watch this space. Hopefully, this will change soon.

No matter your views on cannabis, you have to agree that the US government must protect the workers within the industry, their families, and the communities they make up. Currently, the laws are harming regular, law-abiding citizens like you and me, while aiding criminals and law-breakers. Something has to change.

I believe we will see a positive change regarding marijuana and banking laws. In an ideal world, we would get a full-reform of federal cannabis law in general, not just a banking specific law. With the way the wind is blowing, it seems this is a matter of when, not if. Change in the law is coming.

Unfortunately, as with most marijuana-related legal issues, this change can be frustratingly slow, and we have no idea as to how long it will take for this issue to resolve. We are seeing the first steps with the recent House of Representatives vote. Hopefully, the Senate will not be too much longer in enacting the change the people want.

What are your thoughts on the topic of marijuana and banking laws? Do you have anything to add? We love discussion and would relish hearing your thoughts. Sound off in the comments section below.

0
8 min read
Why Do Some People Handle Weed Better Than Others? [Explained]

1
3 min read
What Is a Triple-Barrel Joint? [Explained for the Rookie]

0
3 min read
What is a Marijuana Roach?

0
3 min read
Can a Scientist Gain Access to Marijuana for Research?

1
3 min read
Has Crime Increased in States Where Marijuana is Legal?

4
6 min read
Why Is CBD so Expensive? [The TRUTH Revealed…]

8
3 min read
Approved
Cannabis Tampons – Do They Really Work Or Are They A Complete Joke?