Medical marijuana is now legal in 35 states plus Washington, D.C. However, it could take years for these states to create the necessary framework.

All of the above nudges the United States towards full legalization. However, how likely is this to happen?

The Failure of the War on Marijuana

When the time comes to consider cannabis legalization seriously, proponents must get their facts straight. They must tell enough truth often enough to bury the inevitable lies told by cannabis’ opponents.

The War on Marijuana has been an abject failure. It has:

Here are some facts about the war on cannabis:

Is Complete Legalization a Fantasy?

One of the main drivers behind the increase in marijuana arrests is the creation of ‘quotas.’ Police officers must meet a specific arrest ‘target’ either on a weekly, monthly, quarterly, or annual basis. In 1994, COMPSTAT, short for ‘computer statistics,’ was introduced to the New York Police Department. COMPSTAT monitors crime patterns by location as a means of knowing where to deploy the department’s resources.

There are several means of measuring precinct performance, but one of the most controversial is arrest numbers. As a result, police officers understandably feel pressure to make more arrests. Non-violent, low-level offenses, such as marijuana possession, are low-hanging fruit.

It is encouraging that an increasing number of states are making strides towards full legalization. Most states have decriminalized the possession of cannabis in small amounts. In states where it is recreationally legal, the quota system makes less of an impact on marijuana users.

We, The People, Must Say ‘Yes’ To Full Legalization

It is a step-by-step process, and there is evidence that politicians are stepping up. However, although we are dependent on politicians to take the appropriate action, the people’s will drives change. After all, most cannabis legalization in most states happens via ballot initiative. 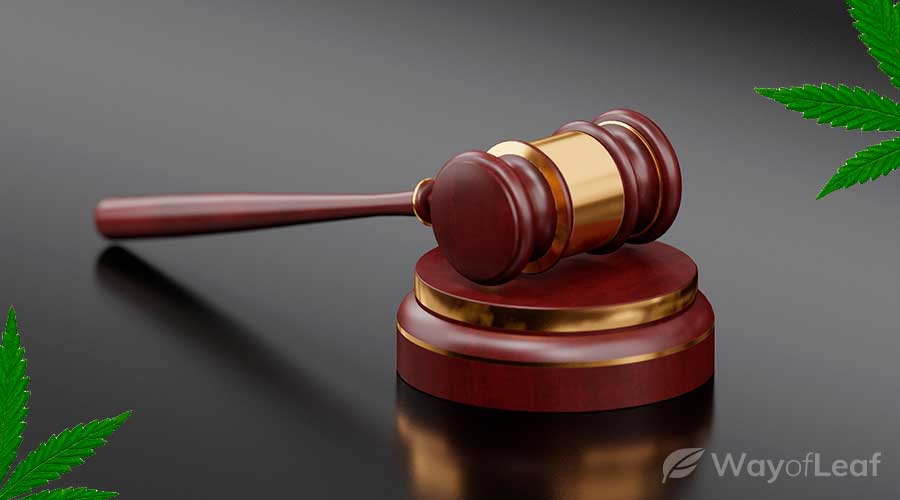 Legalizing recreational cannabis in New Jersey could set off a chain of events on the East Coast. We may see Rhode Island, Connecticut, and New York all follow suit. If the home of the Big Apple permits adult-use marijuana, it will prove an enormous step forward.

In economic terms, it is in a state’s best interests to legalize cannabis because of the immense tax revenues it brings. Then there is the money saved by the legal and police forces. They no longer have to waste time and resources processing marijuana ‘offenders.’ It is a no-brainer.

States such as California produce so much cannabis that a significant proportion ends up in other states on the black market. As long as marijuana remains federally illegal, the black market, along with the violence it brings, will thrive.

When you make marijuana legal, you reduce ‘illegal’ activity. Yes, drug cartels will move to other narcotics, but crime rates will remain steady in the worst-case scenario. We have already seen this in action in states such as Colorado and Oregon.

Will a New Administration Mean a Different Approach?

We have a Democratic Administration in place from 2021 – 2025, at least. President-elect, Joe Biden, was once a staunch anti-cannabis advocate. As late as 2010, he still subscribed to the Gateway Drug theory. However, Biden’s stance has changed. He is no longer anti-marijuana. Indeed, in May 2019, he told a group in New Hampshire that “nobody should be in jail for smoking marijuana.”

Biden seemingly supports the decriminalization of cannabis. He also favors expunging criminal records for past marijuana possession. He could take one possible action involving moving cannabis from Schedule I to Schedule II, III, or IV on the Controlled Substances Act (CSA).

Vice President-elect, Kamala Harris, co-sponsored the Marijuana Opportunity Reinvestment and Expungement (MORE) Act in 2019. This piece of legislation aims to take cannabis off the CSA and remove criminal penalties under federal law.

Related article
What Does It Mean that Oregon Decriminalized All Drugs?

However, there is a big difference between decriminalization and legalization. Also, legal experts suggest that a president can reschedule marijuana but can’t deschedule it. Yet this process could damage the industry. It would further complicate matters by forcing regulators and businesses to reconfigure themselves.

Descheduling, taking cannabis off the CSA entirely, requires the approval of Congress. It seems likely that the Republicans will retain control of the Senate, at least for two more years. There are too many cannabis opponents in positions of power for Biden to legalize it right now. Instead, his administration will likely ease criminal penalties for its use. Individual states continue to have the power to legalize or prohibit marijuana.

Final Thoughts on the Potential for Federal Legalization

In the end, the weight of public opinion will ultimately push legalization over the line. We can’t envisage a scenario where cannabis is legal recreationally throughout the United States. However, there is an excellent chance of full medical legalization within a generation.

A recent Gallup Poll found that 68% of Americans were in favor of cannabis legalization.

We are now at a stage where over two-thirds of states have legalized marijuana for medicinal purposes. In most states, it has happened via ballot initiative as the people made their voices heard. There will come a time when 40 states legalize the plant, and half of the states permit it recreationally. At that point, politicians must act or risk the wrath of the public.

Realistically, it is probably a case of looking at how Canada copes with full legalization. If our northern neighbors thrive, legalization in the U.S. could be even closer than we think.

One final point of interest is whether Mexico will follow through on its plans to allow recreational cannabis. The global pandemic put the process on hold. However, our southern neighbors will soon have a decision to make. If and when it allows adult-use marijuana, America will have it on both sides of the border. Perhaps common sense will prevail then.

4
5 min read
Join the discussion
TOC
Premium
Your subscription has ended
If you love cannabis and appreciate our content, join WayofLeaf Premium today and receive:
Best of all, part of your membership fee will go towards helping to legalize cannabis.
Go Wayofleaf Premium
No thanks, I can't afford it
I already have an account
×
Login in to your premium account