Marijuana’s popularity continues to grow despite its federally illegal status. According to MJBiz, legal weed sales will exceed $33 billion in 2022 and reach $52 billion by 2026. The cannabis industry is responsible for over 500,000 jobs, a figure likely to reach 800,000 by 2026.

Many states have a medical marijuana program, and a growing number now permit recreationally legal weed. Nonetheless, it has remained a Schedule I substance under the Controlled Substances Act (CSA) since 1970.

Although there is a groundswell of support for full legalization, roadblocks continue to prevent it. Various pro-cannabis lawmakers have proposed different legislation, only to meet stubborn resistance in Congress or the Senate.

So, how likely is it that marijuana will become fully legal in the United States, and could it happen as early as 2022? Let’s find out.

Let’s begin with important news regarding marijuana legislation. In April 2022, the House of Representatives passed legislation that would decriminalize weed. If signed into law, the Marijuana Opportunity Reinvestment and Expungement Act (the MORE Act) would also remove criminal activities for individuals who manufacture, distribute, or possess the drug.

Also, the MORE Act stops federal agencies from denying security clearances to employees who use weed and enables the Veteran’s Administration to recommend MMJ to veterans with PTSD. The MORE Act even expunges the records of anyone convicted of non-violent cannabis offenses. It would impose an initial tax of 5% on cannabis sales, ultimately rising to 8%.

On the surface, this seems like great news. However, there is little or no chance that the MORE Act will reach the 60 votes required in the Senate. Democrats in the Senate have another marijuana legalization bill in the upper chamber, but that is almost certainly going to fail as well.

The Disconnect Between Politicians & the Public

A Gallup Poll from April 2021 found that 91% of American adults believe marijuana should be legal for medical or recreational use. Indeed, 60% of adults in the United States think weed should be recreationally legal. Historically, Republicans have been anti-marijuana, yet 88% of voters who identify as Republican or lean towards the GOP favor MMJ or recreational legalization, with 47% saying they believe in full legalization. 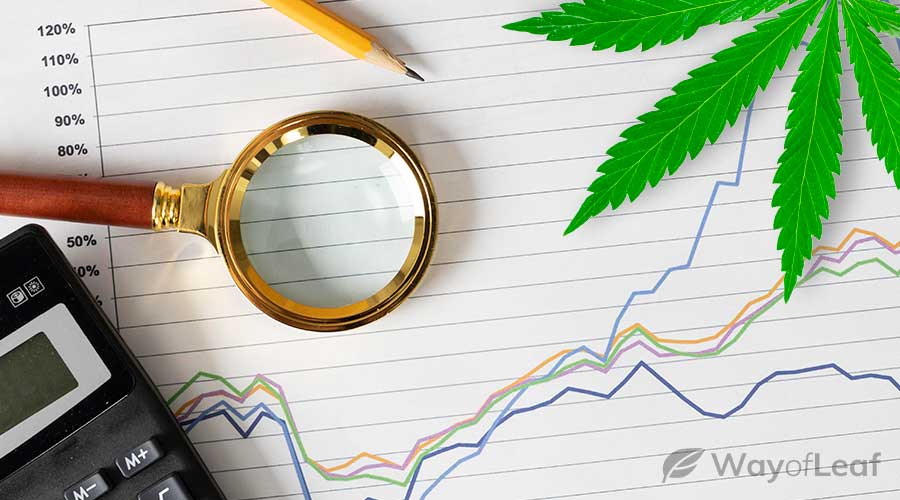 However, despite clear public support for marijuana legalization, too many American politicians refuse to change their antiquated ideas about the plant. President Biden has refused to offer public support for the MORE Act or similar legislation despite paying lip service to the concept. Indeed, his administration fired several staffers who have admitted previous cannabis use.

Apart from preventing people from going to prison for minor drug offenses, the MORE Act would add money to government coffers via taxation and open the door for legitimate weed businesses to access banking services. It would also finally remove the conflict between state and federal laws.

Even President Biden has acknowledged that the current marijuana laws aren’t working, so why will the MORE Act fail?

The MORE Act, or any other pro-cannabis bill, needs 60 Senate votes to overcome a filibuster. The Republican Party continues to oppose any legislation that supports weed, and it holds 50 Senate seats at present.

The MORE Act involves social equity programs to correct the damage done by the failed war on drugs, to ethnic minorities in particular. The GOP staunchly retains its “tough on crime” stance, which continues to fill up American prisons. Therefore, the plan to expunge non-violent marijuana crimes does not sit well with many party members.

Furthermore, only 32% of Americans aged 75+ support full marijuana legalization, a sign that the older generation continues to hold onto false “Reefer Madness” viewpoints regarding weed. Eleven senators in the upper chamber of Congress are aged 75+. Also, only 27% of Republican voters aged 65+ favor full legalization.

Support for cannabis among the older population and some republican parties is still incredibly low, which is bad news for full legalization.

Therefore, political opposition is why the MORE Act, the SAFE Banking Act, and the proposed Cannabis Administration and Opportunity Act will all fail.

The Cannabis Administration and Opportunity Act would give federal lawmakers the chance to debate cannabis policy in the Senate. It aims to delist weed from the CSA and expunge federal records for non-violent marijuana crimes.

When Will America Fully Legalize Marijuana?

It is impossible to put a date on it, but it won’t happen in 2022. Senate opposition to all things pro-marijuana remains far too strong for the MORE Act or anything similar to succeed.

“But public support is enormous. Aren’t these lawmakers afraid of a backlash at the polls?”

The answer to the above question is a big NO! House Republicans opposed President Biden’s economic stimulus bill despite significant public support. The GOP has also opposed Democratic bills to improve America’s infrastructure, ban discrimination based on gender identity and sexual orientation, and make voting easier. In some cases, Biden’s plans were popular with Republican voters too.

However, the Republicans have major structural advantages in the nation’s electoral system. Add in GOP gerrymandering and the party’s general popularity in rural areas, and you have a situation where the Republicans are protected from public will.

It’s also crucial to remember that Americans are highly likely to vote along party lines due to the growing divide between Republicans and Democrats. Effectively, the GOP can continue to vote against marijuana despite a public desire for legalization because voting for a political party is akin to brand or sports franchise loyalty. You might not agree with everything the brand/team does, but you’ll support them anyway!

The above also means that President Biden won’t glean much political benefit from pushing the issue of marijuana legalization either.

If Not Now, When?

We’re reluctant to put a timeline on marijuana legalization in the United States, but it is best not to hold your breath! Anyone hoping that full legalization in Canada in 2018 would somehow pressurize the U.S. Government into acting was disappointed.

Events south of the border might have more of an impact, however. In June 2021, the Mexican Supreme Court decriminalized the private recreational use of weed. It seems inevitable that Mexico will fully legalize marijuana sooner rather than later.

This is significant because while Canada’s population is around 38 million, Mexico’s is almost 130 million. Therefore, Mexico’s marijuana market would be significantly larger than our northern neighbors. With legal cannabis to the north and south, it would become tougher to continue with the outdated notion of prohibition in the United States.

How to take advantage of Canad…

Recreational marijuana is now legal in New York as well as in California and many other states. One suspects that if over half of American states fully legalize weed, it may prove the tipping point.

However, a more cynical view is that until marijuana legalization becomes an issue that dictates whether a party or its lawmakers have power, it will remain elusive. That particular outcome is highly unlikely to happen for many years.

There is practically no chance of full marijuana legalization in 2022 or the next few years. The best one can hope for is decriminalization, as federal legalization of recreational weed is a pipe dream.

As marijuana legislation needs at least 60 votes in the Senate to avoid a filibuster, Republican opposition guarantees the failure of bills like the MORE Act. Also, with no public backlash to worry about despite its support for marijuana, the GOP can continue being the party of “No” without consequences.

Therefore, it will remain up to individual states to determine whether marijuana is legal. Fortunately, a significant majority now allow MMJ, and quite a few permit adult-use weed, with more states set to follow suit shortly.

Let us help by Starting Here
Get your Medical Card
Article Sources:
Cjx1bD4KPGxpPjxhIGhyZWY9Imh0dHA6Ly9lZGl0aW9uLmNubi5jb20vMjAxNS8wNC8xNi9vcGluaW9ucy9tZWRpY2FsLW1hcmlqdWFuYS1yZXZvbHV0aW9uLXNhbmpheS1ndXB0YS8iIHRhcmdldD0iX2JsYW5rIiByZWw9Im5vZm9sbG93IG5vb3BlbmVyIj5odHRwOi8vZWRpdGlvbi5jbm4uY29tLzIwMTUvMDQvMTYvb3BpbmlvbnMvbWVkaWNhbC1tYXJpanVhbmEtcmV2b2x1dGlvbi1zYW5qYXktZ3VwdGEvPC9hPjwvbGk+CjwvdWw+Cg==
Table of Contents

21
7 min read
TOC
Premium
Your subscription has ended
If you love cannabis and want to support our site, join WayofLeaf Premium today and unlock
Best of all, part of your membership fee will go towards supporting the fight to legalize cannabis.
Sign Up for WoL Premium
Not now
I already have an account
×
Log in to Your Premium Account