At the time of writing, only Canada and Uruguay allow adult-use cannabis. But, although it isn’t federally legal in the United States, there are dozens of states with MMJ programs. Indeed, 33 states allow weed in some form. Eleven of them, plus Washington, D.C., technically allow recreational marijuana.

America has, by far, the largest legal cannabis market on the planet. Given the nation’s resources, one would expect it to lead the world in marijuana research. However, this accolade surprisingly belongs to Israel. It has an MMJ program but only serves approximately 50,000 patients.

What many people don’t know is that Israel leads the planet in cannabis use. Approximately 27% of the adult population has used marijuana in the last year.

Though there are fines in place for using marijuana, this is not much of a deterrent for Israelis! Although this tolerance towards cannabis is relatively recent, Israel has a long history of marijuana research. Indeed, it is home to arguably the most famous weed researcher of all time.

Raphael Mechoulam – The Godfather of Marijuana

Most early discoveries relating to cannabis and its cannabinoids have Mechoulam to thank. High Times dubbed him ‘The Man’ in 2011, a simple yet substantial nod towards his remarkable influence on weed research. Mechoulam was involved in discovering the structure of CBD in 1963 and THC in 1964. He was also part of the clinical tests involving CBD in 1980. 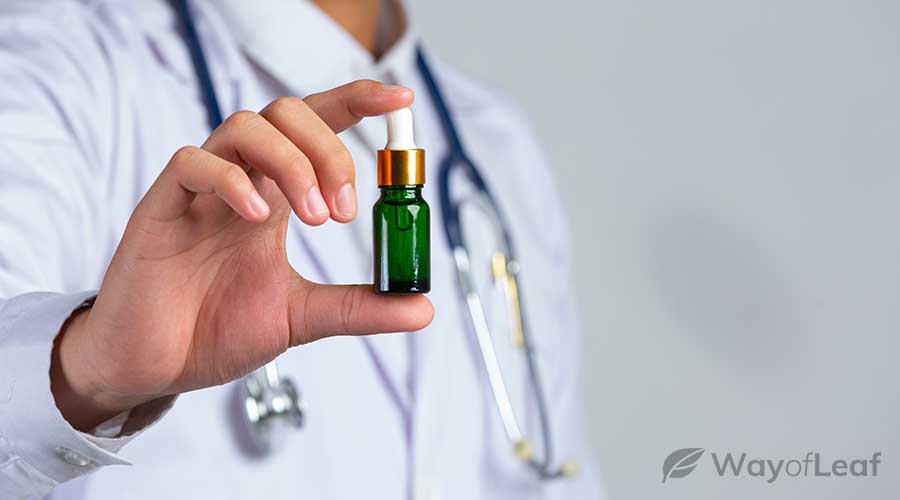 That study, published in Pharmacology, showed that CBD could act as an antiepileptic drug. Unfortunately, it took well over 30 years before the research was widely accepted. Eventually, GW Pharmaceuticals developed a drug called Epidiolex. It contains CBD and is FDA-approved to treat seizures caused by one of two rare forms of epilepsy. It remains the only CBD product approved by the FDA.

Mechoulam first chose marijuana as a research topic while working at the Weizmann Institute in Rehovot in the early 1960s. Later, he said that he picked weed because the only drugs available for millennia were plants. He also admitted that he needed something ‘novel’ to have a chance to do significant work in a relatively small nation.

At the time, the field of cannabis was almost entirely neglected. Mechoulam was stunned that no one had ever isolated the active cannabinoids of marijuana in pure form. That was his first goal despite cannabis being illegal in Israel at the time.

Mechoulam’s early work paved the way for Israel to become a global leader in cannabis research. However, it was a painfully slow process. Mechoulam also admitted that naivety was part of the reason why he researched weed. He genuinely had no idea that it was so taboo at the time.

He quickly figured it out when it came to sourcing pot for his studies. Fortunately, he convinced the administrative director at the Weizmann Institute to help. They served in the Israeli army together, so the director was happy to help. After a visit to Tel Aviv, Mechoulam returned with five kilograms of Lebanese hashish. He moved to Hebrew University in 1966 to continue his studies.

Unlike his American counterparts, Mechoulam was able to proceed without any government interference. The Israeli Ministry of Health regularly gave him more hashish for study purposes.

A major bonus came when the American National Institute of Drug Abuse (NIDA) agreed to supply funding. NIDA has helped fund Mechoulam’s research for decades. In contrast, federal funding for weed research in the United States remains limited to this day.

This is one of the main reasons why Israel has remained ahead of the U.S. for so long.

Mechoulam was able to proceed without any issues, even though MMJ remained illegal in Israel. However, even this obstacle disappeared in the early 1990s. The Israeli government permitted the use of medical marijuana at this time for cancer patients. Individuals with conditions such as Crohn’s disease, PTSD, and Parkinson’s could also use it.

By now, the Israeli government effectively backed Mechoulam’s research. This helped the nation stay ahead of the curve for decades.

Today, the medical program in Israel is fully integrated among private labs, university research, hospitals, and medical cannabis companies, not to mention the Ministry of Health!

Phase one of the research related to phytocannabinoids, such as THC and CBD. We are now aware that the plant has over 120 cannabinoids. Phase two involved emphasis on learning more about endocannabinoids that occur naturally in the human body.

In the early 1990s, Mechoulam and his team discovered an endocannabinoid called anandamide. They named it after ananda, a Sanskrit word meaning ‘supreme joy.’

By the 2000s, Israeli publications began reporting on the growth of cannabis use. It was around this period when Haaretz wrote that Israel was a ‘nation of stoners.’ This was an exaggeration for sure. Nonetheless, today, it seems as if a majority of Israelis accept cannabis for medicinal uses. Ehud Olmert and Ehud Barak, two former Prime Ministers, have even joined the MMJ industry!

Also, an estimated 90% of the population supports decriminalization. Therefore, it seems likely that the latest bill to decriminalize possession of up to 50 grams will pass.

A Growing MMJ Program in Israel

By 2012, there were around 10,000 registered medical marijuana patients in the country.

The Tikun Olam Company came to prominence in recent times. It has developed numerous marijuana strains and related products for medical use. The company began as a non-profit in 2005. It became a limited company in 2010 after The Ministry of Health regulated the MMJ issue. It also permitted Tikun Olam to begin collecting monthly fees for its services.

The company has now developed approximately 230 different cannabis varieties. Reports from 2017 suggested that the Israeli MMJ industry could be worth hundreds of millions of dollars. The number of patients using the program has grown rapidly. Also, Israel is exporting a huge amount of its marijuana worldwide. The government permitted companies to begin exporting weed in 2017.

At present, Israel is one of only three countries that benefit from government-backed research. As a result, researchers from all over the world have moved operations to Israel. This includes a growing number of American firms who want to escape the stringent regulations imposed on them back home. Dozens of U.S. companies have moved their whole R&D operations to Israeli.

#5 may change the industry for…

What’s Next for Research in Israel?

Mechoulam has long since begun phase three of his research. The aim is to investigate more endogenous compounds related to the bliss molecule he discovered almost 30 years ago. According to Mechoulam, people with autism tend to have low levels of anandamide.

He believes that CBD could work as an anti-autism drug. Mechoulam explained that CBD inhibits FAAH, an enzyme that breaks down anandamide. When the bliss molecule can’t get broken down, it accumulates in the brain. This is why it could aid patients with autism who likely have a deficiency in anandamide.

Lihi Bar-Lev Schleider is another leading Israeli scientist in the cannabis field. She was head of a study published in the British Journal of Pharmacology in November 2018. It offered a detailed look into how medical cannabis could help patients with a variety of conditions.

Schleider teamed up with Mechoulam to conduct another study, which was published in Scientific Reports in 2019. The researchers focused on the effects of cannabis on 188 children with an autism spectrum disorder.

Approximately 90% of those who suffered from agitation, restlessness, and aggressive behavior reported improvements in these symptoms.

In 2019, Mechoulam announced that his team had developed a process for creating synthetic stable acids found in the cannabis plant. Moreover, these acids, which include versions of THC and CBD, are available for drug development.

It is a discovery that could result in the creation of new drugs based on these acids. Mechoulam described the finding as ‘a big deal.’ In 2018, he wrote that the synthetic compound discovered by his team, HU-580, was more effective than existing CBD products. He said it was potentially useful for patients with anxiety and nausea.

The future looks bright for cannabis research in Israel. It is already a global leader, and there are no signs that it intends to rest on its laurels. The School of Pharmacy at Hebrew University founded the Multidisciplinary Center for Cannabinoid Research in 2017. It focuses its research on these areas:

Israel isn’t the only country that’s ahead of the United States in terms of cannabis research. However, it is many miles clear of America. Indeed, its stiffest competition is likely to come from European nations like Italy.

Raphael Mechoulam has studied marijuana for almost 60 years. For the most part, he has enjoyed a relative degree of freedom. This was the case even in the early days when weed was illegal in Israel.

For almost 30 years, the Israeli government has offered its support. There is even talk of the country legalizing recreational cannabis. In any case, it is clear that the United States is decades behind. It will remain so as long as the federal government outlaws the substance.