The cannabis industry is ever-changing. With new laws and studies coming into play basically weekly,  now is an incredibly exciting time for marijuana enthusiasts all over the country — and the globe!

There are many groundbreaking revelations to choose from in terms of marijuana research. However, we have uncovered several key studies that are potential game-changers for the industry. We feel everyone needs to know about this research.

Check out our guide to the top 5 major medical cannabis studies that have shaped the industry into what it is today!

Cannabinoids are deemed to have neuroprotective properties. This means they have effects that could result in the salvage, recovery, or regeneration of nerves.

Research published back in 2000 changed the future of cannabis forever.

The research published in 2000 looked at cannabinoids as antioxidants and neuroprotectants and changed the future of cannabis forever.

Hampson et al. revealed how cannabinoids could have the potential to treat “age-related, inflammatory and autoimmune diseases.” As a result, those with Alzheimer’s disease, Parkinson’s disease, HIV, or dementia could finally have a more natural treatment alternative.

Since this phenomenal research, the U.S. Department of Health and Human Services was granted a patent on non-intoxicating cannabinoids to protect the brain from damage or degeneration caused by certain conditions. Unreal news that few people know about in the U.S.!

Patients have relied on medical marijuana for years to help with symptoms associated with an array of conditions. However, there was never an FDA-approved medication derived from cannabis — until now!

In 2017, we saw an influx of important studies come through for marijuana. However, by far, the biggest happened in May of that year. A study published in the New England Journal of Medicine revealed that CBD could help with two rare forms of epilepsy: Dravet syndrome and Lennox-Gastaut syndrome.

Related article
CBD Oil for Epilepsy: What Does the Research Say?

Dravet Syndrome is a form of epilepsy that is particularly challenging to treat. Most treatments provide little to no relief from the debilitating symptoms (namely seizures). However, research into the effects of CBD on the condition compared to a placebo revealed a significant reduction in seizures.

Off the back of this research, the U.S. Food and Drug Administration (FDA) approved a drug by GW Pharmaceuticals. The drug, named Epidiolex, is approved for children aged two and above to treat the two types of epilepsy mentioned above. Epidiolex is the first-ever FDA-approved natural cannabis medication. As a result, this was massive news for both patients and cannabis enthusiasts alike.

3 – CBD to End the Opioid Epidemic in America?

Throughout America, there is an ongoing rise in opioid misuse that has resulted in numerous overdoses and fatalities. Recent NIDA research found that 49,860 Americans died from an opioid-involved overdose in 2019. This is a staggering rise from slightly over 21,000 such deaths in 2010. 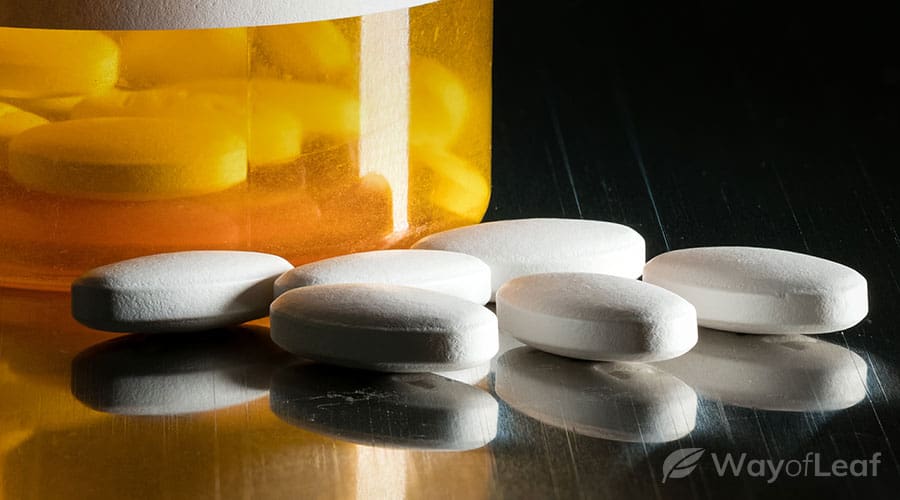 Unfortunately, and despite countless efforts to reverse the trends, the figures have only got worse. We now find ourselves amid an opioid epidemic. However, this next study could play a critical part in turning things around regarding addiction in America!

This study was published in 2015 for the Substance Abuse Research and Treatment organization. In it, scientists looked at how we could use CBD as an intervention for addictive behaviors. The results examined a range of past studies into the subject, both on animals and humans. Data revealed the following:

Since this research, statistics have shown that opioid misuse dramatically decreased in the states where cannabis is legal. In 2014, the number of opioid overdoses in cannabis-friendly states had already dropped by 21%!

More recently, research conducted by Medicare revealed something fascinating. Researchers found that dispensary programs in states where cannabis was legal had reduced their opioid prescriptions by 3.7 million daily doses a day! No matter your stance on medical cannabis use, this is undoubtedly fantastic news for America.

4 – Smoking Cannabis May Not Kill Brain Cells After All!

There is an age-old misunderstanding that cannabis kills brain cells and turns users into stupid, lazy shadows of their former selves!

This may sound dramatic, but it is the reality of what many people did (and still do) think! We can’t change everyone’s opinion despite the evidence. Nonetheless, this next study has gone a long way to dispel the rumors around cannabis and intelligence levels.

A study published in June 2018 looked at how cannabis was associated with cognitive functioning in adolescents and young adults. The study, published in JAMA Psychiatry, revealed some interesting data that well and truly dispels the myth of cannabis harming brain cells and reducing intelligence.

The study looked at 2,152 cannabis users and compared results with 6,575 participants with minimal exposure to cannabis. The results showed that associations between cannabis use and cognitive functioning of adolescents and young adults were minimal.

The study also revealed that 72 hours after smoking cannabis, any cognitive deficits associated with cannabis use were diminished. This is proof that the effects of weed are short-lived and do not cause long-term damage to brain cells.

One small step for cannabis lovers, one massive step against the rumor mill of false marijuana theories!

We know that marijuana can lead to feelings of being high. It’s even part of why so many of us love the experience of smoking. However, we also appreciate that many marijuana users are in it for medicinal benefits. These individuals would prefer not to get lost in a euphoric high every time they self-medicate.

So, this next study is crucial in providing clarity on how we can still smoke marijuana and benefit more from its medicinal properties rather than its intoxicating effects!

The study has opened up the world of medical cannabis to millions of people.

The PubChem report was published on the federal government’s chemical database for the National Institute of Health. It revealed that the active cannabis component, CBD, is entirely “devoid of psychoactive activity.” The report also said CBD has “analgesic (pain-relieving), anti-inflammatory, antineoplastic and chemopreventive activities.”

The study has since opened up the world of medical cannabis to millions of people who otherwise couldn’t have benefitted from it. Such groups include young children and the elderly. Those who have no interest in getting high can also reap the medicinal benefits of CBD and THC without it impinging on their day-to-day life.

Final Thoughts on the Most Important Marijuana Studies of All Time

Many studies have helped shape the cannabis industry as we know it today. With things ever-changing, there are always new and exciting discoveries around every corner. However, these five studies have made such a huge impact on the industry that we just had to share them with you all. We hope you have learned something new about one of our favorite plants!

Related article
Can a Scientist Gain Access to Marijuana for Research?

It's not easy, but it is possi…

5
6 min read
Join the discussion
TOC
Premium
Your subscription has ended
If you love cannabis and want to support our site, join WayofLeaf Premium today and unlock
Best of all, part of your membership fee will go towards supporting the fight to legalize cannabis.
Sign Up for WoL Premium
Not now
I already have an account
×
Log in to Your Premium Account