Historical Timeline: Vital Dates of Marijuana Legalization in the U.S.

Harry Anslinger. The name that should send a shiver down the spine of anyone who enjoys using marijuana. His propaganda war in the 1930s resulted in the demonization, and illegalization, of weed. However, as much as we would love to blame the misinformed government official, there was negativity surrounding cannabis before his crusade. Anslinger merely seized upon shifting public opinion.

There has been a sizable shift in favor of marijuana in recent years. Over half of Americans have admitted trying cannabis at least once. A recent Gallup Poll showed that 68% of Americans believe in full cannabis legalization. This is quite a change from the record low of 12% support for marijuana legalization in 1969. As recently as 2002, only 34% approved!

Unless you’re a history buff or a weed enthusiast, you’re probably unaware of the lengthy history of cannabis legalization. From widely used medicine in the 19th century to demon narcotics in the 20th century, to the relaxant with medicinal values attached in the 21st century, marijuana has had a hell of a ride!

There is a suggestion that a Chinese Emperor named Fu Hsi was the first to write about weed as a medicine. However, most historians believe he didn’t exist. Humans have used marijuana for at least 12,000 years. However, the first confirmed mention of weed as medicine occurred in the Ebers Papyrus in Egypt in approximately 1,500 BC.

A Chinese medical collection from 1 AD mentions cannabis as a cure for over 100 medical issues. Dozens of countries used marijuana during the Dark Ages and Middle Ages.

One of the first known instances of cannabis regulation occurred in the 14th century. The Emir of the Joneima in Arabia outlawed the substance. In 1787, the newly crowned king of Madagascar, Andrianampoinimerina, banned weed. Anyone who used marijuana faced the death penalty.

There were cannabis bans in several locations during the 19th century. Mauritius, a British Colony, banned it in 1840. The Sri Lankan Opium and Bhang Ordinance of 1867 ensured that only licensed dealers could sell the substance.

Natal Colony and Singapore banned marijuana in 1870. In 1890, Greece banned the use, importation, and cultivation of the plant. There were no such issues in the United States during the 19th century. Marijuana was a widely used addition to medical products.

However, things soon changed. There was a massive increase of Mexican immigrants to America in the wake of the Mexican Revolution of 1910. This event gave closed-minded individuals a golden opportunity to spread their message of intolerance across the country.

In literature, the ‘other’ relates to groups or individuals who do not belong. This was the general feeling when a huge wave of Mexican immigrants arrived in the United States during the early part of the 20th century. They brought with them a culture of using cannabis as a recreational drug.

By this time, there were calls to look into the safety of medicine, which included cannabis. In 1906, the Pure Food and Drugs Act required the labeling of medicine. In the same year, cannabis sales were restricted to licensed pharmacists. It was the beginning of restrictions with prohibitionist sentiment rising. Massachusetts became the first state to outlaw marijuana in the early 1910s, and several states quickly followed suit. 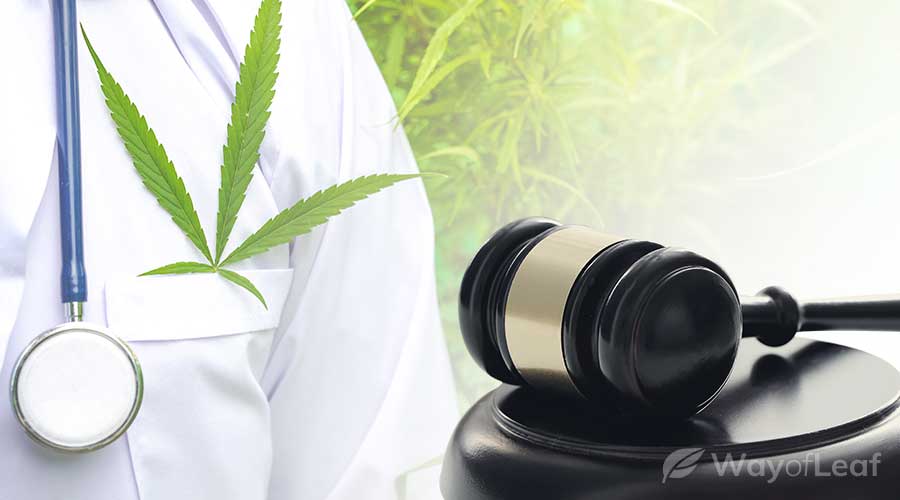 In December 1914, President Woodrow Wilson signed the Harrison Act into law. It prohibited the importation of opiates. The law also forbade the prescription of narcotics by physicians. The Act’s goal was to prevent the use of heroin, opium, and morphine. However, it had a major impact on the weed industry.

In 1925, the U.S. supported regulation on hashish in the International Opium Convention. In the same year, work began on the Uniform State Narcotic Drug Act. It underwent several changes and was finally released in 1932. Its purpose was to ensure that narcotics traffic should have uniform regulations and safeguards across the United States.

In 1930, the Federal Bureau of Narcotics appointed a man named Harry J. Anslinger as the Commissioner. He was fanatically anti-marijuana, believing it caused insanity and criminality. With the aid of media mogul William Randolph Hearst, Anslinger spent the rest of the 1930s engaged in a war on weed. Naturally, it involved a liberal dose of propaganda.

In 1936, Anslinger and his Bureau of Narcotics urged federal action to control cannabis. The film, Reefer Madness, was released in the same year. It is widely derided as one of the worst movies in history. Reefer Madness depicts a group of teenagers driven to madness, mayhem, and murder after using marijuana.

Anslinger also used the anti-immigrant sentiment to depict weed as the drug of choice for Mexican immigrants and other non-Americans. It may have been an appalling film, but Reefer Madness had the desired effect.

The Marijuana Tax Act was signed on August 2, 1937. Now, it was illegal to possess or transfer weed anywhere throughout the United States under federal law. While it was still legal to use it for industrial or medical purposes, a severe excise tax was applied. Samuel R. Caldwell was the first American convicted of possessing cannabis under the new law.

The 1951 Boggs Act established minimum prison sentences for marijuana possession. In 1956, the Narcotics Control Act included the substance. As a result, you would receive even heavier jail sentences for weed-related offenses.

A first-time conviction for possession carried a minimum of two years in prison and a fine of up to $20,000.

In what was a dark day for marijuana lovers, Congress passed the Controlled Substances Act (CSA) in 1970. It placed drugs into different categories. The CSA classified marijuana as a Schedule I drug because it had no ‘accepted medical value’ and was ‘addictive.’ In 1971, President Nixon declared his War on Drugs. He helped form the Drug Enforcement Administration (DEA) in 1973.

The Anti-Drug Abuse Act of 1986 reinstated mandatory prison sentences for drug crimes. Later, an amendment introduced the three-strikes law. The year 1990 saw the enactment of the Solomon-Lautenberg amendment. Several states punished people caught in possession of weed with driving license revocation. This was the case even if the crime was unrelated to driving.

The Fight for Legality: 1996 to Present

There was a brief drive to decriminalize marijuana. Eleven states did so for possession of small amounts between 1973 and 1978. However, the 1980s was an era of tight restrictions and heavy penalties for marijuana possession and sale.

The first real breakthrough occurred on November 5, 1996, when California passed Proposition 215, also known as the Compassionate Use Act. It allowed patients and their primary caregivers to use and cultivate weed to treat specific medical conditions.

Within two years, Alaska, Washington, and Oregon followed suit. Marijuana was either decriminalized or legalized for medicinal use in multiple states within the next decade. However, the best news was yet to come. In 2012, Colorado and Washington became the first two states to legalize marijuana for recreational use.

Currently, 15 states and Washington, D.C., have legalized cannabis for recreational use. MMJ is now legal in 35 states plus D.C. However, it can take years for a program that gets voted in to become fully functional. For example Vermont voted to legalize adult-use cannabis in 2018, but it took years for the program to get up and running.

Canada became the second country to legalize recreational cannabis; Uruguay was the first in 2014. The global pandemic likely prevented Mexico from becoming the third. American’s southern neighbor will probably follow through in 2021 or 2022.

With a Democrat administration in place until 2024, there is a possibility that the United States will legalize MMJ at least. After all, fully legal weed could soon surround it.

There are now only 15 states where marijuana isn’t legal, and several of them have decriminalized the substance.

New Jersey voting to legalize adult-use cannabis is huge news. It could pave the way for a similar scenario in New York. If NY state opens its doors to recreational marijuana, it could have a snowball effect on the East Coast.

However, the Democrats probably won’t have Senate control. This makes the process of getting the numbers to federally legalize cannabis challenging. It will take a bipartisan approach to get it done. Given the divide between the two major parties, we may have to wait a long time for marijuana legalization in the United States.

The unbelievable truth behind …