How Many Types of Cannabis Are There? [The Correct Answer]

At the time of writing, there are well over 1,000 marijuana strains available. This includes strains from famous families such as Kush and Diesel. However, this does NOT mean that there are thousands of cannabis species. Although some dispute the number of species within the marijuana family, there are three formally recognized ones:

Technically, cannabis is a dioecious, flowering herb that offers a single harvest each year. However, in the modern era, advanced growing techniques, auto-flowering strains, and indoor cultivation mean growers can enjoy several harvests each year.

Scientists use biological taxonomy to determine how various species of flora and fauna are related to one another. Here is a very simple overview:

The cannabis plant is a genus of the Cannabacaeae family. Approximately six million years ago, marijuana diverged from the genus Humulus, which we now call hops. (Yes, those articles you read claiming that there is a link between beer and cannabis are correct). 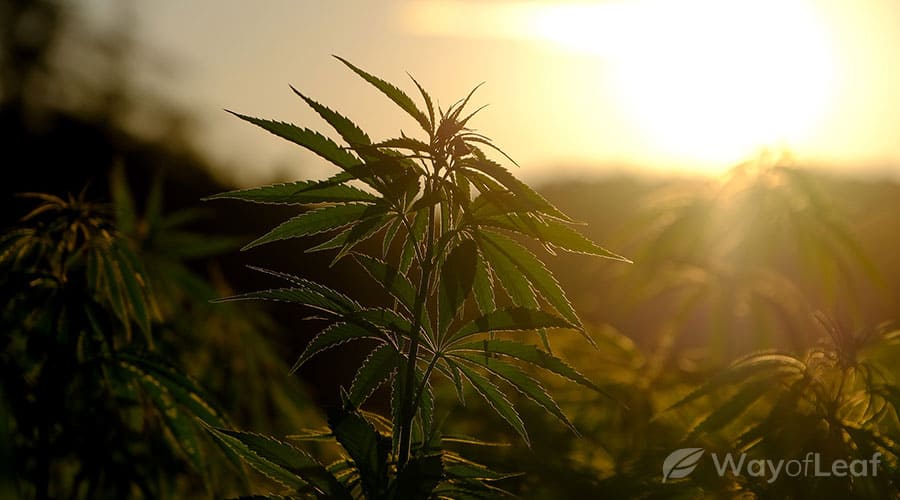 Botanists are unable to agree on how the cannabis genus was divided into separate species. It is unknown whether it was environmental changes or human interference that resulted in the three species of marijuana, i.e., Cannabis sativa, C. indica, and C. ruderalis. It is normal to assume that people were responsible. However, the cannabis genus was around several million years before our ancient ancestors. Therefore it’s likely these changes occurred before the existence of homo sapiens.

During the last few million years, the world has undergone immense climatic changes. These changes include dramatic rises and falls in temperature, not to mention the vast ice sheets that once covered the Earth. In warmer eras, cannabis spread north as the ice melted. During the bitter cold eras, the migration of people resulted in cannabis being planted farther south.

Sativa is the most commonly grown cannabis species, and for a long time, people assumed that all marijuana was sativa. Carl Linnaeus was the first to classify the genus in 1753. He believed it was monotypic (one species), which he elected to call Cannabis Sativa L. (the L stands for Linnaeus).

Sativa plants grow incredibly tall, and it is not unusual for them to exceed 15 feet.

Sativa plants grow incredibly tall, and it is not unusual for them to exceed 15 feet. It doesn’t grow thick, and its leaves are narrow and long. The seeds feel soft between your fingers and have no markings. Sativa plants take much longer to flower than their indica counterparts and aren’t affected by light changes as much. On the plus side, they tend to have a shorter vegetative period than indicas.

You will generally find sativa plants in nations below a latitude of 30 degrees North. These countries include Thailand, Mexico, and Colombia. It is usual for the sativa plant to be dried before it is consumed.

Jean-Baptiste de Lamarck published a description of a second cannabis species, which he called Cannabis indica Lam. His description was related to plants he collected in India. He believed that indicas had poorer fiber quality than sativas but had more potent intoxicating effects.

People categorized strains from Vietnam and China into new species called Cannabis gigantea Delile ex Vilmorin and Cannabis Chinensis Delile in the 1800s. However, taxonomists found it challenging to distinguish these new species. As a result, practically all of the world, barring the Soviet Union, went into the 1900s assuming that there was only one cannabis species.

Related article
Are Indica or Sativa Strains Better When Listening to Music?

Something to suit every taste…

Of course, indica plants are very different from sativas. They are shorter (rarely growing taller than 6 feet) and stockier. These bushy plants are more prone to mold in humid conditions because of the dense foliage. Their leaves are round and robust, and the seeds are marbled and soft between the fingers.

As indica plants are short, they are the preferred option for indoor growers. This species flowers faster than sativas, and it is easier to adjust the light cycle to manipulate the plants into flowering. You usually find indica plants above 30 degrees North, including in countries like Morocco, Afghanistan, and Lebanon.

Indica plants are usually more sedative than sativas and are known for providing a deep feeling of relaxation. Medicinal users consume indicas to address anxiety, muscle spasms, pain, and insomnia.

A third cannabis species, i.e., Cannabis ruderalis, was identified in 1924 by the Russian botanist D. E. Janichevsky. He determined that the cannabis type found in the center of Russia was an entirely different species of the genus. It wasn’t until the 1970s that botanists in North America finally agreed that there were three distinct species.

Even today, almost 100 years after its discovery, ruderalis is rarely mentioned, nor is it a favorite of crossbreeders. It is a very short plant that generally grows to about two feet tall. It has exceptionally thick foliage and typically grows in the world’s northern regions.

Ruderalis is an extremely tough and durable plant and also has a fast and early flowering cycle.

Ruderalis is an extremely tough and durable plant and also has a fast and early flowering cycle. It likely adapted to the cold climates it originally grew in to mature before the freezing weather arrived. Ruderalis’ most common usage is to produce autoflowering strains. Ruderalis by itself doesn’t provide intoxicating effects.

Industrial hemp is a variety of the Cannabis sativa plant. Hemp fiber has many uses, including for clothing, paper, and even automotive parts. It is a viable alternative to trees for several reasons, with one being a whole crop takes just 3-4 months to grow.

From 1937 until 2018, growing hemp was federally illegal. However, due to the passing of the Farm Bill of 2018, hemp growers in many states can grow it legally. However, it must contain less than 0.3% THC by dry weight. You can extract CBD from hemp to create oil and other products, but it does not have intoxicating effects.

A hybrid is a strain that is the result of crossbreeding. The goal is to create a strain that combines both of its parents’ positive traits. Cannabis breeders often combine an indica with a sativa to produce a hybrid but use ruderalis species less often.

A Note on Male & Female Plants

Male plants can pollinate females to create seeds. When a male plant reaches its flowering stage, pollen is released, which sticks to the female plant and is absorbed by its pistils. However, only female plants produce THC-filled buds.

Hermaphrodite plants, a.k.a., hermies, contain male and female sexual organs. A hermie plant is capable of fertilizing itself, which can be helpful from a breeding perspective.

Nowadays, cannabis breeders combine these separate species when developing hybrids. Some hybrids contain evenly-balanced sativa/indica genetics, allowing users to experience the best that these species have to offer.

An Evolution of Marijuana Slang Through the Years