Medical marijuana is now permitted in a significant number of American states. While the MMJ card application process varies according to the state, it is typically necessary to receive a doctor’s recommendation. Prospective MMJ patients must schedule a consultation with a physician licensed in the state. The doctor asks a few questions and has the power to recommend the patient to the state’s medical marijuana program.

There is a growing trend towards the use of holistic medicine. This whole-body approach to healthcare is often linked to cannabis. Many holistic doctors advocate using marijuana for certain patients, but are they legally allowed to prescribe the substance?

This article investigates the issue and also outlines possible conditions for which a holistic doctor might recommend cannabis. First, however, let’s take a brief look at the principles of holistic medicine.

What Is Holistic Medicine?

The idea behind holistic medicine is to improve your health and wellness via the mind, body, and soul. It typically combines alternative medicine with traditional medication. There are various forms of practitioners, only some of whom have a medical degree. Here are a few well-known types of holistic doctor: 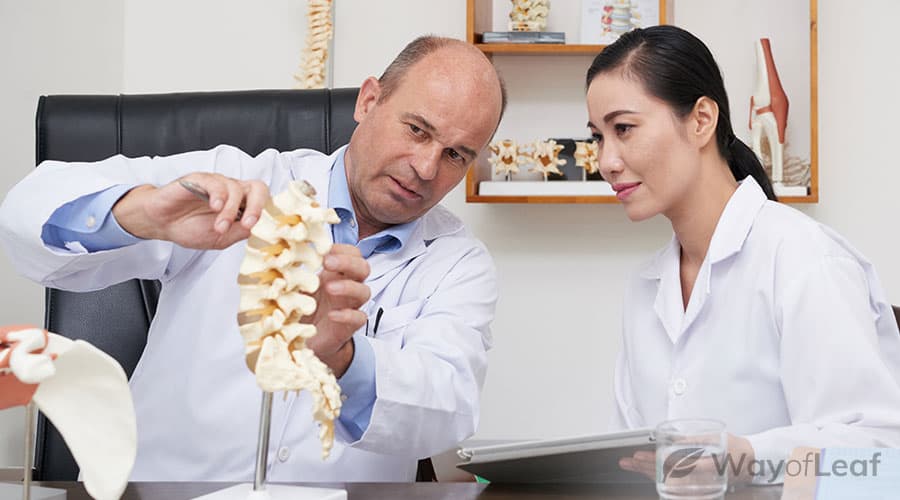 Traditional doctors treat symptoms by using conventional medical solutions. Holistic doctors look at the body as one. Their goal is to find the reason for the disease rather than merely fixing the symptoms.

For instance, a medical doctor would write you a prescription for a cream to treat your eczema. However, a holistic doctor would recommend lifestyle and dietary changes, along with the cream.

Holistic practitioners combine traditional treatments with education and complementary/alternative therapies. For some, marijuana falls into the ‘alternative’ category.

There is evidence that the ancient Greeks used holistic medicine around 2,500 years ago. In the fourth century B.C., Socrates warned that focusing on one part of the body instead of the whole body wouldn’t have the desired effect.

Holistic medicine focuses on finding balance in the body. Cannabis is potentially an ideal fit since it impacts the endocannabinoid system (ECS). The ECS and its associated cannabinoid receptors (mainly CB1 and CB2) are linked with maintaining homeostasis or ‘balance’ in the body.

Those who advocate MMJ suggest that it provides patients with a greater degree of control over their health. It could enable people to understand where their bodies require a greater level of healing.

A holistic approach involving marijuana accounts for the relationship between physical and mental health.

For instance, a mental issue such as anxiety can also result in physical symptoms. When you feel stressed, your body releases an acidic chemical called cortisol. Then your body responds with inflammation because it fears it is under attack. Once the body becomes inflamed, you could suffer from other physical issues such as chronic pain.

A holistic approach involving marijuana accounts for the relationship between physical and mental health. It understands that knowing about this link can help alleviate the symptoms of a condition.

So, what issues do holistic doctors recommend medical marijuana for?

5 Reasons Why a Holistic Doctor Would Recommend MMJ

In some states with medical marijuana programs, the list of qualifying conditions is lengthy. You could be eligible if you have any one of 20+ medical issues. However, holistic practitioners are most likely to recommend it for the following conditions.

Typically, medical doctors prescribe drugs such as antidepressants that come with a host of side effects. Holistic practitioners are beginning to see the benefits of cannabis for anxiety disorders. They may recommend it in concert with lifestyle changes and herbs such as St. John’s Wort.

The CDC claims that over 20% of adults have had chronic pain in any three-month period. Opioid painkillers are a common treatment but are addictive and possibly deadly. Over 100 Americans die from an opioid overdose each day.

Naturally, people with chronic pain are seeking a safer alternative. In holistic medicine, marijuana is sometimes recommended to take the edge off the pain. However, individuals should not rely solely on marijuana for assistance. A practitioner may also suggest massage, physical therapy, chiropractic treatment, or acupuncture.

3 – As an Addition to Cancer Treatment

To be clear, cannabis is not considered as a means of ‘treating’ or ‘curing’ cancer symptoms. Nonetheless, with over 600,000 Americans dying from the disease annually, people diagnosed with it are increasingly searching for help in any way they can.

While a holistic doctor might recommend cannabis for chemotherapy symptoms, they should never suggest it as replacement therapy.

In general, cancer patients will undergo chemotherapy. However, it comes with many side effects, including nausea, vomiting, depression, and weight loss. A holistic doctor may suggest that a patient use MMJ to help with these chemotherapy symptoms. However, they should never recommend that it replace conventional treatment.

Another option is to consider a high-CBD strain. It is the main non-intoxicating compound in cannabis and hemp, and could help patients without resulting in a high.

An estimated 70 million Americans have a sleep disorder. An incredible 40% of people report falling asleep accidentally during the day. A lack of sleep has an array of possible side effects and usually results in fatigue.

Sleeping pills for insomnia may have a short-term benefit. However, they come with several adverse effects, including weight gain and making the user feel sluggish when they wake up.

Holistic doctors might recommend MMJ for insomnia, especially indica-dominant strains. This specific type of cannabis could help a user manage a healthier sleep cycle. A practitioner might also recommend dietary changes, the consumption of B and D vitamins, and meditation.

Globally, an estimated one billion people live with this condition, according to the American Migraine Foundation. Once again, doctors often prescribe potentially addictive painkillers. However, some researchers believe that an imbalance of endocannabinoids in the body is one reason behind migraines. As marijuana impacts the ECS, it could have potential benefits. 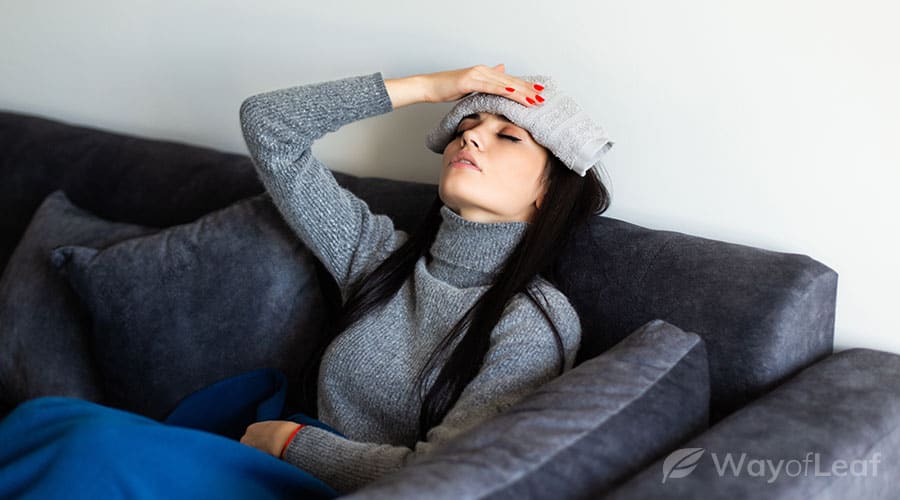 This is one of the reasons why holistic doctors sometimes recommend cannabis for migraines. They might also suggest acupuncture and tell you to steer clear of food additives like aspartame.

The quick and easy answer is ‘no.’ Cannabis remains a federally illegal substance. Therefore, no medical doctor or holistic practitioner is permitted to prescribe it to patients. Instead, a licensed doctor in a state with an MMJ program can write a ‘recommendation’ that the patient is permitted to use medical cannabis. In most states, it is impossible to get a medical marijuana card without a doctor’s certification.

Whether a holistic doctor can recommend MMJ depends on the type of doctor they are and the state they live in.

As for whether a holistic doctor can recommend MMJ, it depends on the type of doctor and the state they live in. Ayurvedic and TCM practitioners are not classified as doctors, so a recommendation from them carries no weight.

States such as Vermont, Washington, and Arizona accept recommendations from naturopaths. Indeed, in Washington state, osteopathic physicians and their assistants are also allowed to issue a recommendation. You’ll need to check out the rules in your state to find out if a holistic doctor is permitted to write an MMJ recommendation.

Final Thoughts on Whether Holistic Doctors Can Prescribe Medical Marijuana

Holistic medicine involves looking at the body as a whole. Practitioners don’t throw drugs at a problem and hope it goes away. Instead, they work with patients to try and find underlying causes for medical conditions. They may recommend a combination of traditional drugs and alternative therapies.

A growing number of holistic doctors believe in the power of cannabis. However, it is illegal for them to prescribe medical marijuana for any reason. Also, only certain types of holistic practitioners in certain states can write a recommendation for MMJ.