Has Your County Banned Cannabis Use? [Answered]

At the time of writing, 11 American states (and Washington, D.C) allow adult-use marijuana. It means that adults aged 21+ in these locations can go into a cannabis dispensary and legally purchase weed. The maximum amount varies, but it is one ounce per purchase in most states.

At least, that’s the theory. Those familiar with the confusion that surrounds federal, state, and county laws know what’s coming next. We already know that marijuana isn’t legal federally. The states that permit it do so of their own accord. However, it doesn’t mean you can purchase the herb in every part of the 11 adult-use states or Washington, D.C.

If you thought it was confusing to discover you’re breaking laws when you cross from one state to the next for buying weed, wait until you read this article! Whether you are in Colorado or Oregon, not every county or town allows you to smoke cannabis.

Although Alaskans approved the recreational use of cannabis in 2014, it doesn’t necessarily mean they want it sold in their towns! Within a couple of years, municipalities such as the Kenai Peninsula Borough, Fairbanks, and Matanuska-Susitna Borough were considering a complete ban on commercial marijuana businesses. 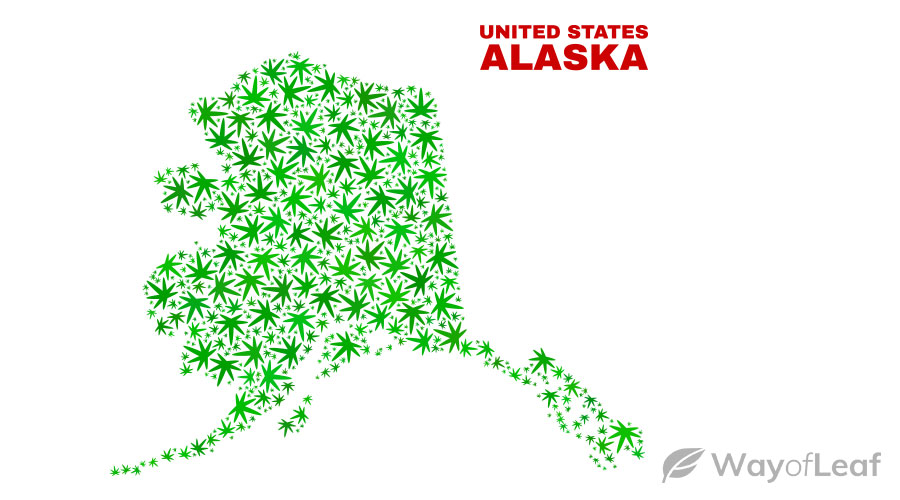 Fast forward to April 2019, and the state became the first to approve regulations for onsite consumption. At the time of writing, it seems as if adult-use marijuana is now legal in all of Alaska’s 19 counties.

The Golden State is synonymous with legal cannabis use, and it permitted the practice in January 2019. However, a number of its cities and counties were slow to get with the program. Even in the second half of 2019, less than one-third of California cities allowed any type of cannabis business to operate within its borders. Just 18 of 58 counties made it legal for such companies to operate in unincorporated areas. 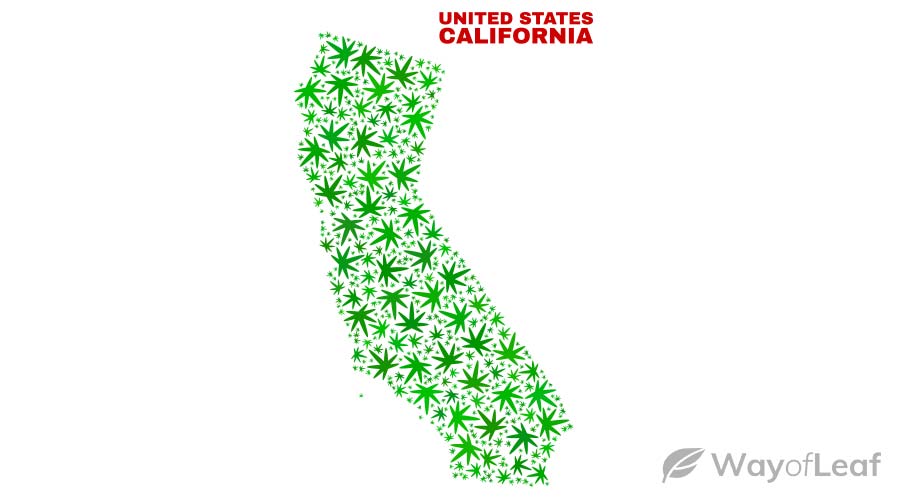 A prime example is Shasta County. It prohibits commercial cannabis activity in all zones of the county’s unincorporated area. Incredibly, the restriction also applies if the activity is for medical purposes! In Fresno County, the City Council approved regulations to allow dispensaries in each district.

If you plan to do some cannabis tourism, don’t assume you can buy pot anywhere you like in Colorado. Cities like Aspen, Denver, Frisco, Leadville, Oak Creek, and Sheridan, along with dozens of others, permit adult-use cannabis purchasing. Yet as late as 2018, over half of the state’s 64 counties did not allow any kind of recreational marijuana business. 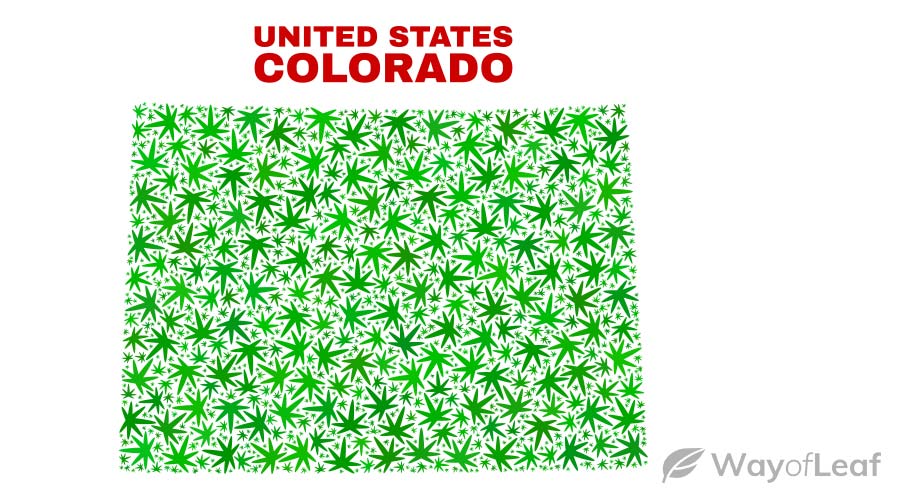 Things have changed in recent times, with Moffat County and Craig among those willing to soften their stances. However, recreational users should steer clear of places such as El Paso County. Click on the link to learn more about Colorado counties that don’t sell weed.

Residents of Illinois are now fully able to purchase cannabis. There is also a stipulation that allows people convicted of the possession of under 30 grams to have their records referred for pardon. In the event the pardon gets granted, the individual’s record is expunged. 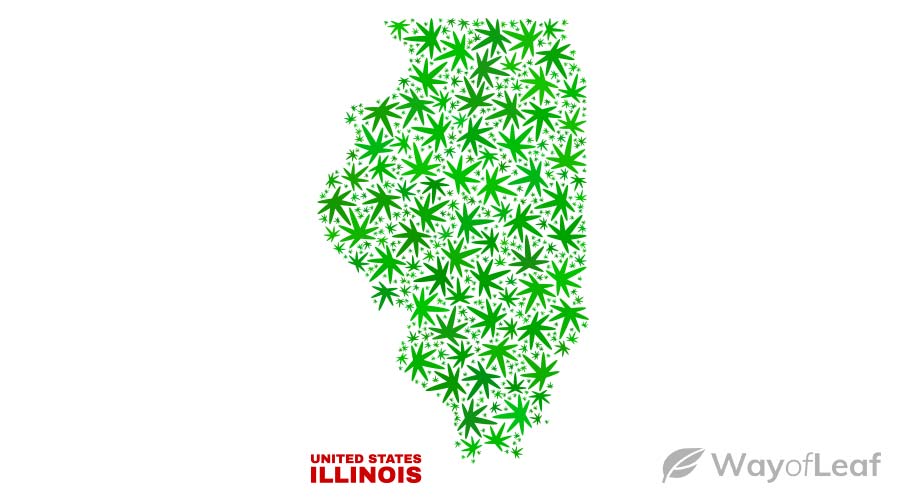 However, not every municipality allows cannabis at the time of writing. Kane County is the fifth largest in Illinois by population. In November 2019, it voted to prohibit marijuana sales in rural areas. Therefore, residents of communities such as Aurora, Algonquin, Campton Hills, and Elburn can’t buy weed in their locality at this time.

The wheels of marijuana legislation turn slowly, and residents of Maine know this all too well. Although the state approved recreational cannabis in 2016, it still doesn’t have the program properly up and running. Almost three years after voters said ‘yes’ to Question 1, and only 14 municipalities in Maine had passed adult-use rules. By the end of 2019, places like China in Kennebec County added to this number by voting to allow recreational stores. 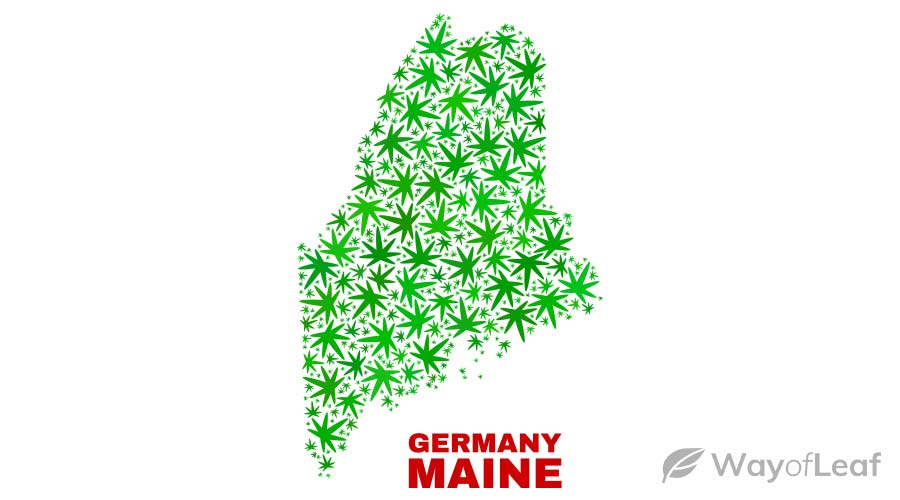 Meanwhile, Bridgton in Cumberland County saw a citizen’s initiative to allow recreational stores in the city fail back in 2019. Now, 32 municipalities had agreed to permit some form of adult-use marijuana business. However, there are plenty of small towns that haven’t agreed and don’t allow weed at the time of writing. Meanwhile, the village of Morton near Peoria, and Grayslake, have also said ‘no’ to cannabis.

Adult-use pot became legal in Massachusetts in 2016. Time to rejoice surely? Not for everyone in the state, unfortunately. Within a couple of years, over 80 communities had placed a total ban on recreational marijuana shops. More than 110 put a moratorium in place to give towns a chance to implement zoning rules. As a result, residents of places like Concord, Hamilton, Lancaster, Ludlow, Norwood, and Wilmington couldn’t get their hands on recreational cannabis. 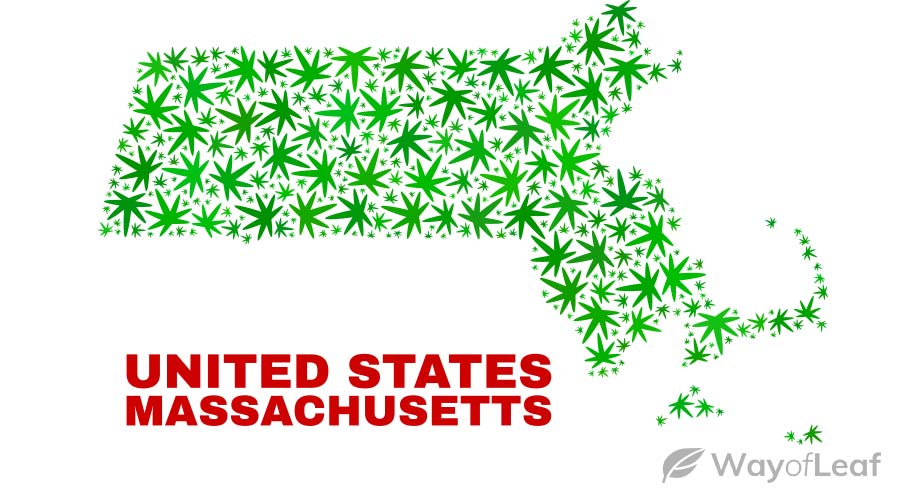 Two years on and several towns have seen sense and relaxed their laws. However, it remains a problem for residents of reasonably-sized towns. Most individuals who live in ‘prohibited’ areas simply get their cannabis elsewhere. For example, residents of Concord have a less than 4-mile drive to Acton where they can get weed from a legal dispensary.

Recreational cannabis only became legal in Michigan in November 2018. However, the public didn’t even have access to dispensaries until December 2019. As a result, only 139 communities had passed ordinances allowing adult-use weed by the end of 2019. Over 400 decided to remain out of the marketplace. The majority of them say they will permit it once the state sets out a detailed list of rules. 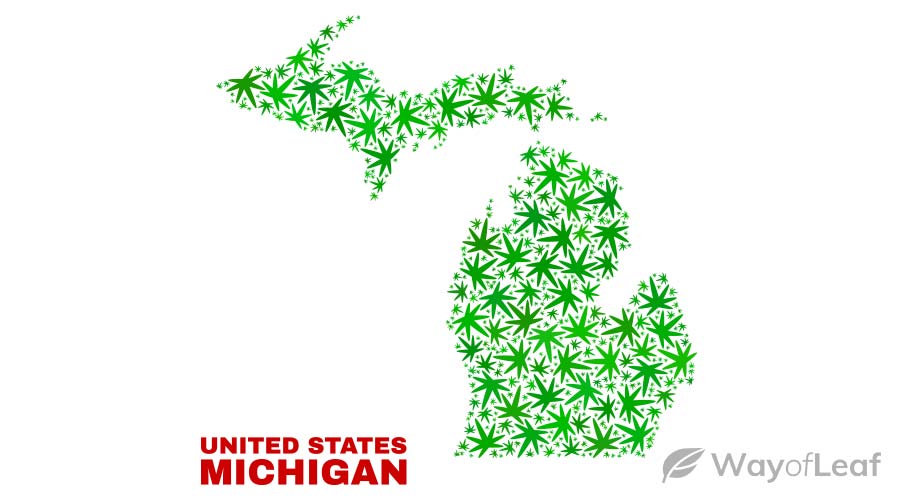 By the time sales became legal, 78% of all locations in Michigan had said ‘no.’ There are 1,773 townships, villages, and cities in the state. You can get recreational cannabis in approximately 400 of them at the time of writing. The locations where adult-use weed remains prohibited are spread out across the state. They include towns in Macomb, Oakland, Washtenaw, Wayne, and Bay counties.

As of January 1, 2017, cannabis became fully legal in the state of Nevada. The population of each county limits the number of retail stores. For example, Clark County is allowed a maximum of 80 dispensaries. However, Washoe can have approximately 20. At the other end of the scale, counties such as Nye can’t have more than two. 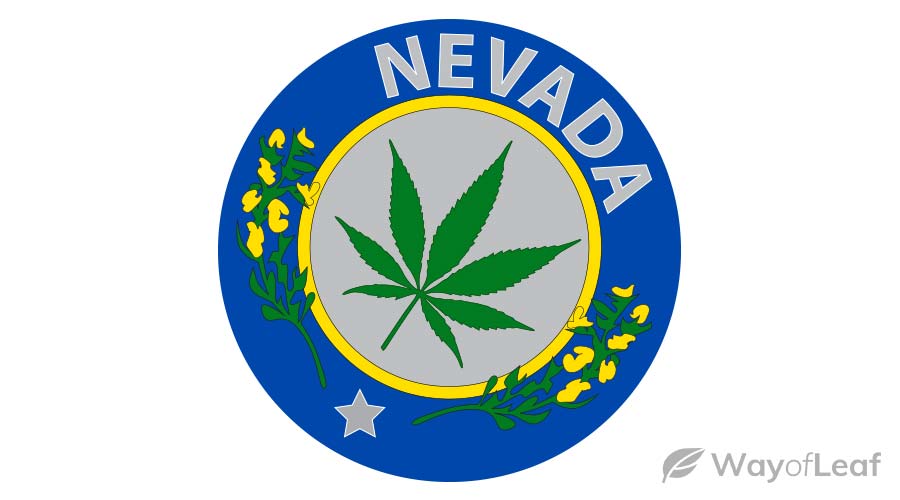 Though the program is expanding, Nevada’s rural areas are slow to get on board. Numerous regions have an MMJ dispensary, but not a recreational one. In West Wendover City, for example, medical marijuana dispensaries are welcome. However, it is a different story when it comes to cultivation or production businesses for the recreational market. You are also likely to be out of luck in places like Douglas County.

This is another state where one would expect free rein to buy pot. However, Oregon follows most of the others on this list with a slew of confusing laws. The state approved recreational marijuana in 2014, and it was supposed to be fully legal from July 2015 onward. However, there are almost 100 locations in Oregon that don’t allow adult-use cannabis! 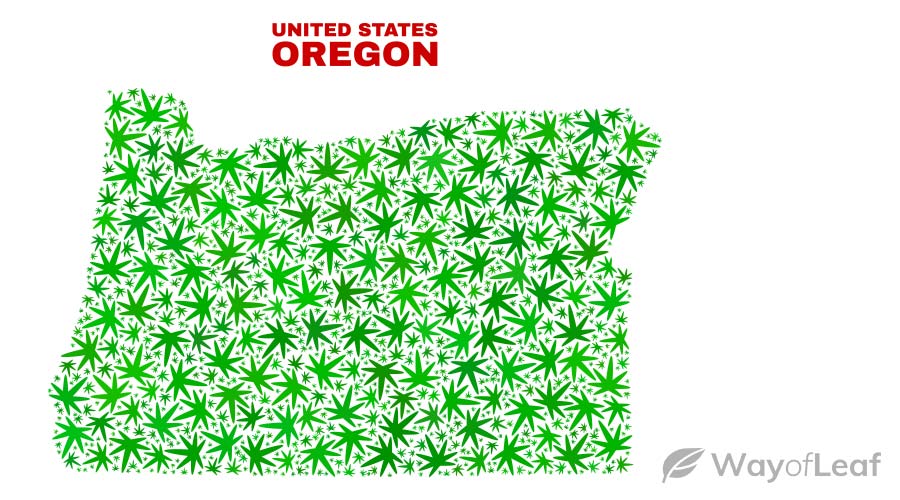 Among the most notable regions are Umatilla County, Union County, and Wallowa County. There are also dozens of towns that don’t permit the sale of adult-use weed. Many of them are extremely small, with populations in the hundreds. Examples include Wasco City, Wallowa, Ukiah, and Sumpter. However, larger towns, including West Linn and Wilsonville, also prohibit the substance.

The state of Vermont permitted cannabis recreationally from July 1, 2018. But, as is the case with virtually every other adult-use state, Vermont continues to drag its heels. By the close of the legislative session in 2019, it seemed as if lawmakers were about to create a retail marijuana system. However, they couldn’t get it to a vote, and Vermont residents must wait until later in the year before hearing any further updates. 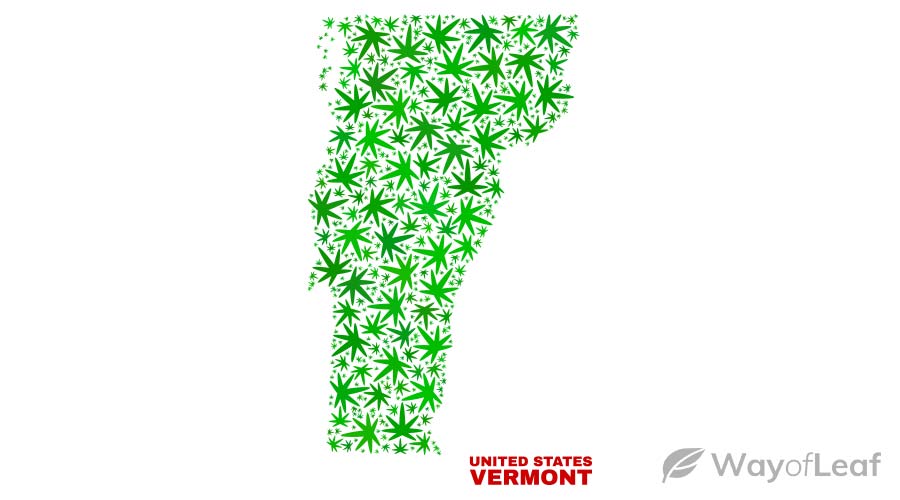 The state also follows Washington, D.C., and its unusual law. You are not allowed to buy or sell pot. Instead, you could give it away for a brief period. It led to some amusing attempts to bypass the law. For example, some stores charged a fee for delivery and gave customers the cannabis for free.

The state has now cracked down on the practice. The Governor said the aforementioned attempt at skirting the law is now illegal. At the time of writing, there is no system established for the sale or purchase of adult-use weed. There is little said about individual towns and counties not allowing it at present.

It was the first state to allow adult-use cannabis in the United States officially. Unfortunately, not every city and county in Washington state has followed Initiative 502. All towns, cities, and counties can choose to prohibit or create appropriate zones for state-licensed weed dispensaries. Indeed, local governments are supposed to forbid licensed weed businesses on lands zoned for residential or rural use, if the minimum lot size is five acres. 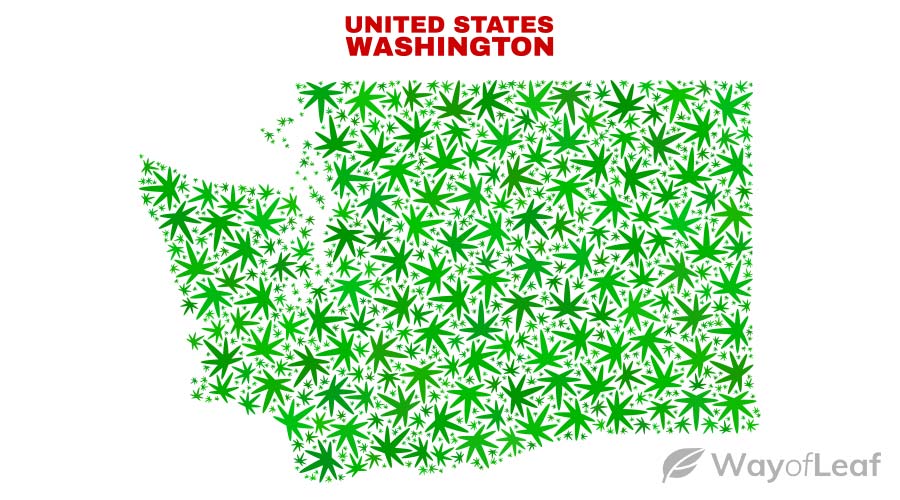 Residents of Lewis County, Franklin County, and Yakima County, may find that the state zoning ordinances prevent recreational marijuana dispensaries opening. The same is true for Walla Walla County, Klickitat County, and Benton County. You are also out of luck if you live in cities such as Pasco, Kennewick, Kent, and Federal Way.

D.C. is divided into eight wards, and the District legalized adult-use cannabis in 2014. However, opposition in Congress delayed the process for years. Today, there is a strange situation where weed is legal for medicinal and recreational use, but illegal for commercial sale! Several sellers get past the law by providing cannabis as a ‘gift’ when someone buys another item. Most buyers technically purchase a small object, such as a football card, to get their cannabis.

As the possession of pot remains illegal under federal law, you must tread carefully. The government controls approximately 29% of all the District’s landmass. Sale, possession, or consumption of cannabis is strictly illegal and punished heavily.

If you live in one of the counties or cities mentioned in this guide, it is a frustrating period. Even though weed is now legal in your state, you won’t find dispensaries in thousands of cities across the 11 states and D.C. It is a preposterous situation, and all that it achieves is confusion.

Those who want weed, and live in a town where it is illegal, commonly make the drive to the nearest legal area. Incidentally, MMJ patients in the 22 other states with a medical marijuana program face similar issues. Those caught in possession of cannabis could face criminal charges. This is even though their state allows it! Nothing will change until cannabis is fully legalized, and that prospect seems a long way away.

If you live in a town where weed is illegal in a legal state, let us know in the comments. Also, let us know if your locality recently legalized weed but is mentioned as an illicit location in this article.

A closer look at the reality of THC overdose