One of the great myths surrounding marijuana is that its legalization would inevitably lead to an increase in crime. According to opponents of the plant, allowing the public legal access to cannabis would result in a dystopian nightmare. This is opposed to the opioid-filled utopia we currently exist in.

Perhaps unsurprisingly, we still hear reports that marijuana legalization has caused havoc in states such as Colorado and California. There is a suggestion that increased weed use has led to a rise in violent crimes such as armed robbery and homicides. However, the basis for such claims relies on either sketchy evidence or none at all.

Is California Now Like the Wild West for Crime in the Wake of Marijuana Legalization?

The era of the ‘Old West’ was famous for violence and lawlessness. If you listen to police officials in California’s Sonoma County, the age of bloodlust has well and truly returned. Moreover, it’s all marijuana’s fault! Sonoma County is located around 100 miles outside the city of San Francisco. Sergeant Spencer Crum of the Sheriff Department claims the legalization of weed has resulted in ‘bodies piling up.’

Apparently, thieves are coming over from the East Coast to wreak havoc in California. Their goal is to get their hands on weed, which they can sell on the black market.

In theory, it makes sense because marijuana is a valuable commodity in states where it is still illegal. In 2017, U.S. Attorney General, Jefferson Beauregard Sessions, claimed that legalization in Colorado was the reason for an increase in violence in surrounding areas. According to Sessions, ‘experts’ told him that the ‘big money’ surrounding the herb was causing violent crimes.

Back in October 2016, a group called Citizens Against Legalizing Marijuana (CALM) published a letter from Mitchell Morrissey, the Denver District Attorney. It claimed that cannabis was the cause of a crime increase in the state of Colorado. According to Morrissey, in the three years since legalization (2013–2016), weed-related traffic deaths increased by 48%. He also said that cannabis-related ER visits went up 49%.

What CALM failed to mention were the ‘caveats’ in the letter. Most pertinently, the fact that these statistics related to instances where marijuana was found in the system after a toxicology report. In other words, most cases also involved the use of alcohol or other drugs. 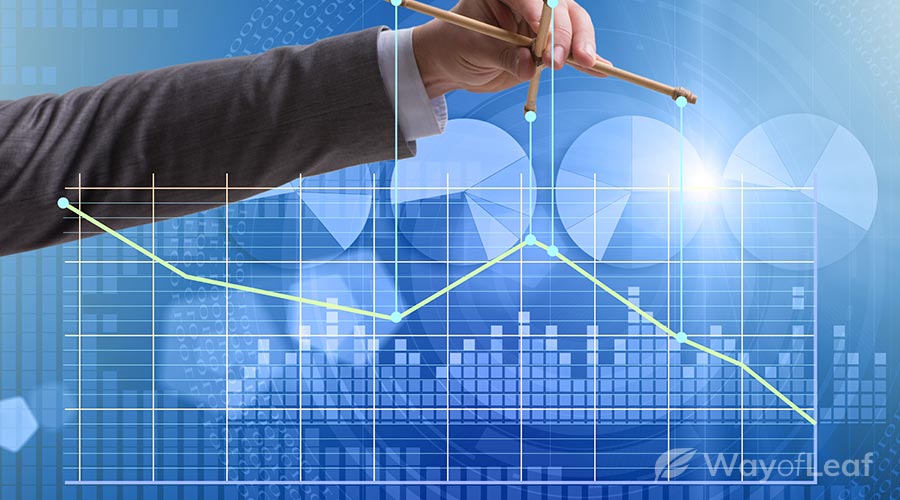 For instance, 12% of motorists involved in fatal accidents tested positive for weed. Only 4% had nothing other than marijuana in their system. While it is true that homicides in Colorado rose by almost 15% in 2015 in comparison to 2014, there is no evidence that these crimes involved weed. The Colorado Bureau of Investigation’s (CBI) crime report didn’t mention cannabis at all!

The suggestion that the area of Pueblo’s homicide increase was down to marijuana is also false. According to local police, the murder rate rose because of a staff shortage, and also due to a rise in the use of black-tar heroin.

In Aurora, the murder rate doubled from 2014 to 2015 but reverted to the 2014 figure the following year! Morrissey claimed that there were 12 murders and 100 home invasions with links to weed. When pressed, he said that his claims were based on ‘loose’ figures, a polite way of saying he made it up!

Various news outlets have conducted investigations into crime in states with legal marijuana. In 2012, Colorado and Washington both legalized recreational cannabis. There were grave concerns about an increase in the crime rate. Overall, however, the state of Washington reported a 40-year low in crime statistics in 2014.

This data included reductions of 10% in violent crime and 13% in homicides since the legalization of weed. Colorado has also experienced an overall decline in violent and property crimes.

The rate of impaired driving has increased in both states. However, a significant proportion of those arrested had other drugs in their system, aside from weed. Perhaps the biggest myth that was busted related to youth exposure. The assumption was that legalization would significantly increase teenage use of marijuana.

In 2010, 20% of tenth-grade students in Washington admitted using pot. After legalization in 2016, the rate fell to 17%. Colorado teens also showed a slight reduction in cannabis consumption.

A study by economist Davide Dragone was published in the Journal of Economic Behavior and Organization. It focused on the difference in crime rates between the states of Washington and Oregon in 2013 and 2014. Recreational marijuana was legal in Washington by that stage, but illegal in neighboring Oregon.

The results were pretty eye-opening. First of all, Washington state reported a reduction in rapes and property crimes in 2013-2014 relative to the three years before legalization. Remarkably, the study also discovered that Washington’s rape and property crime rate was lower than in Oregon in 2013 and 2014! Rapes reduced by 15-30%, and thefts fell by 10-20%. Another interesting ‘side effect’ was a reduction in binge alcohol drinking.

One of the most significant issues surrounding marijuana legalization is arguably the impact it will have on criminal gangs. Some believe it only heightens gang activity because they still have a black market to fall back on. Yet with fewer customers, there is greater competition, which inevitably leads to violence.

However, a study published in The Economic Journal in June 2017 by Gavrilova, Kamada, and Zoutman revealed something different. It reported a 12.5% decrease in violent crime (including murder, aggravated assaults, and robberies) in counties close to the Mexican border where it was legal to use and grow medical marijuana. According to Gavrilova, medical marijuana laws (MMLs) enable people to plant weed in the United States legally. As a result, there is no need to purchase pot illegally.

Overall, robberies are down 19%, homicides by 10%, and assaults by 9%, in counties close to the border with MMLs.

Unsurprisingly, drug-law related homicides have fallen by an astounding 41%. Four American states share the 1,954-mile continental border with Mexico: California, Arizona, New Mexico, and Texas. The Lone Star State is the only one without MMLs. There are a total of 23 U.S. counties on the border, along with 39 Mexican municipalities.

The majority of illegal drugs that enter the United States come from Mexico in what has become a $6 billion market. It isn’t all good news. Drug trafficking organizations are likely to start growing their cannabis legally on U.S. soil. They are also producing opium in Mexico for heroin, which they smuggle into America. However, the fall in demand for black market weed in border states means an inevitable reduction in crime.

As more states legalize cannabis, we should receive even more data on its effects on crime. That said, the relevant information is slow to arrive. A study by Lu et al., published in Justice Quarterly in October 2019, tried to get to the bottom of things. It looked at the effect of cannabis on crime in Colorado and Washington by reviewing the relevant studies to date.

The researchers pointed out that previous studies were based on weak analytical designs. They lacked context and appropriate comparisons. The study used a time-series analysis to see if cannabis influenced UCR crime rates in the two states. The researchers concluded that marijuana legalization and sales had “minimal to no effect on major crimes in Colorado or Washington.”

Though the research got published in 2019, it only included data up until March 2018. At present, there are additional studies on the subject. However, it will likely take several years for us to get a full picture.

It doesn’t require an expert in the analysis of criminal minds to understand that keeping marijuana on the black market is what will increase crime rates. Any increase in weed-related criminal activity is occurring in states where the herb is illegal. Gangs grow it legally, then transport it across state lines to sell on the black market. No matter the criminal enterprise, violence will always follow.

In states where marijuana is legal, crime is down overall because there is no need to engage in illegal activity. Cannabis typically produces a state of relaxation and euphoria. This process ensures that most users are not in the state of mind for any form of criminal behavior, let alone violence.

It is also interesting to note that teenage use has not increased as expected. Perhaps the ‘thrill’ is gone if it is legal, even though underage usage is obviously against the law. Ultimately, anti-marijuana campaigners don’t have a leg to stand on, and it’s only a matter of time before everyone knows it.

5
7 min read
Join the discussion
TOC
Premium
Your subscription has ended
If you love cannabis and appreciate our content, join WayofLeaf Premium today and receive:
Best of all, part of your membership fee will go towards helping to legalize cannabis.
Go Wayofleaf Premium
No thanks, I can't afford it
I already have an account
×
Login in to your premium account