There was huge news in France regarding cannabis in October 2019. The French National Assembly approved the budget for two years of medical marijuana trials. Proponents of the herb hope that this will lead to a change in the law. As it stands, several European nations allow MMJ on a limited basis. These countries include Germany, Greece, Israel, Italy, and the Netherlands.

As one of the largest countries in Europe, adding France to the list of legal nations is something we must all hope for. One of the lawmakers involved, Olivier Verna, said the experiments could help target 3,000 sick individuals in France. While it is only a starting point, it is nonetheless significant in a place where weed became illegal in 1953.

What you may not realize is that France has a brief yet distinguished history as a medical marijuana center!

The year is 1798. Napoleon Bonaparte’s Grand Armeé is on the march yet again. The military commander knew that his country was not yet ready to take on the might of the British Navy. Napoleon decided to invade Egypt to undermine the enemy’s access to its trade interests in India.

Although the mission did ultimately not succeed, the French expedition made several crucial discoveries, including the Rosetta Stone. While in Egypt, French soldiers found to their horror that the Islamic country did not have alcohol. It didn’t take long for them to find an adequate substitute in the form of hashish. The soldiers took an immediate liking to the herb. Alas, their conspicuous consumption resulted in a ban in October 1800.

Unsurprisingly, the men ignored the order, although Egyptian cafés banned all drinks containing hash. The authorities shut down stores that contravened the ban. Interestingly, reports that Napoleon ordered the prohibition of weed after witnessing the effects in his men are probably wide of the mark. The commander was not in Egypt to enforce any ban by October 1800.

Jacques-Francois ‘Abdullah’ Menou is likely the person responsible. The converted Muslim saw any form of intoxication as an offense against Islamic Law. He received reports from worried division generals who showed concern over the increased intoxication of their men. Menou is the man who ultimately issued the Ordre du jour, which banned the production, distribution, and consumption of hashish in Egypt.

Despite the ban, French troops returned home in 1801 with a significant amount of hashish in tow! 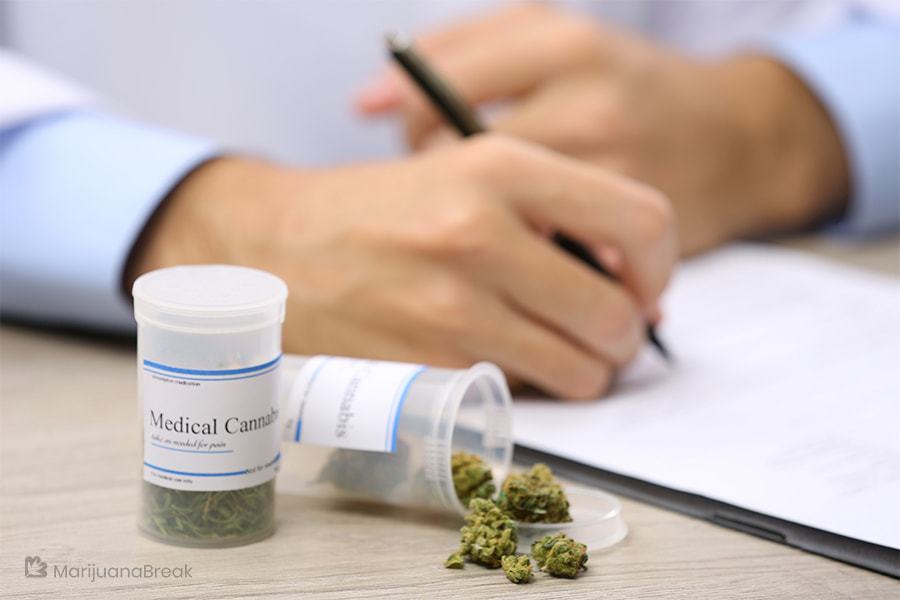 Initially, France’s medical community did not welcome the herb. They believed that the exotic intoxicant was dangerous. Soon, however, they determined that pharmaceutical science could ‘tame’ the wild beast of marijuana to ensure it was safe and useful against several of the era’s worst illnesses.

By the 1830s, it was possible to buy hashish-infused edibles, tinctures, and lozenges. You could even purchase medicinal cigarettes in French pharmacies. For a relatively short period, French medicine embraced cannabis. Alas, they ultimately elevated the herb to the status of panacea. Once they found out that weed wasn’t a miracle cure, they tossed it to the curb and went back to more ‘traditional’ medicine.

An increasing number of medical professionals in France wrote about cannabis’ potential properties. Louis-Remy Aubert-Roche published a paper in 1840 relating to his treatment of plague victims. In the mid-1830s, he treated 11 patients in Cairo and Alexandria with weed. He claimed that cannabis cured seven of them!

Jacques-Joseph Moreau was a French psychiatrist that studied the effects of weed in the 1840s. His research found that cannabis helped increase appetite, reduced insomnia, and suppressed headaches. As it happens, Moreau helped found the Club des Hashischins (Club of the Hashish-Eaters). The Parisian group aimed to explore drug-induced experiences. Famous members included Victor Hugo and Alexandre Dumas. Sadly, the club only lasted about five years!

Between 1840 and 1843, Moreau claimed to cure seven mentally ill patients in Paris using hashish. He was a man ahead of his time because today, an increasing number of studies support this theory. Individuals with PTSD, anxiety disorders, and depression in the modern era are often prescribed marijuana as a treatment.

Moreau witnessed the effects of weed when he was in Algeria. There, he saw locals serve it in a concoction known as dawamesc. It consisted of cinnamon, orange juice, sugar, musk, nutmeg, pistachios, and a few other ingredients. The hemp tops were ground together with the different parts of the drink. Interestingly, users only consumed a minimal dose of this peculiar medicine.

The Wonder Drug Goes Viral, for a Moment

Despite the tiny sample size, doctors from across Europe lined up to praise Moreau, and herald marijuana as a huge discovery. Physicians struggled to find a standardized dosage due to the differing potencies of the strains used. The French followed the lead of British physicians who dissolved hashish in alcohol to create a tincture. The herb enjoyed its peak level of popularity in France towards the end of the 1840s.

Parisian physicians adopted weed tincture as a treatment for cholera in 1848. It was understandable in many ways since cholera epidemics rocked the planet during the 19th century. The first cholera pandemic (1817 – 1824) killed 30,000 people in Bangkok alone. The second cholera pandemic (1829 – 1837) probably led to the demise of more people than any other in the 1800s. 20,000 people died in Paris alone.

The third cholera pandemic (1846 – 1860) killed at least 15,000 people in Mecca during its first year. Hashish had the chance to prove its worth when the disease returned to Paris. Alas, it was not the sought-after miracle cure for cholera. When the pandemic reached the French capital in 1849 and killed 7,000 people, French physicians quickly abandoned weed.

The tide soon turned against hashish as physicians in Algeria claimed the drug caused insanity and criminality. By the end of the 1800s, French doctors labeled weed as a poison from the Orient. It was a classic case of overpromising, and marijuana suffered due to a lack of research.

Although public and medical opinion turned firmly against marijuana, it did not receive a ban for a relatively long time. France was one of the signatories of the Geneva Convention on drugs in 1925. The writing was on the wall for the herb, although the nation did not ban cannabis as a medical treatment until 1953.

The ban remains in place to this day, although the future looks a bit brighter. The French government legalized the use of marijuana derivatives in the manufacture of medicinal products in 2013. The next step involved the reduction of the penalty for cannabis possession to a €200 fine in November 2018.

Back in 2012, over 13 million French residents aged 18-64 admitted using the herb in 2012! The news about marijuana trials is positive, and we await the results of the tests with bated breath.

12
7 min read
Join the discussion
TOC
Premium
Your subscription has ended
If you love cannabis and appreciate our content, join WayofLeaf Premium today and receive:
Best of all, part of your membership fee will go towards helping to legalize cannabis.
Go Wayofleaf Premium
No thanks, I can't afford it
I already have an account
×
Login in to your premium account