Here are some expected — and unexpected — celebrity cannabis consumers…

The rate of cannabis acceptance in the United States is at an all-time high. There is some noise amongst politicians regarding the full legalization of MMJ. Realistically, it is unlikely to happen during the next few years, at least.

Cannabis advocates need to keep the issue in the spotlight for as long as possible. Therefore, celebrities are always a useful addition to the cause, at least in terms of publicity.

Many of us are aware of marijuana lovers, such as Snoop Dogg and Seth Rogen. However, many famous people use weed that you potentially aren’t aware of. In this article, we outline nine of them.

Keep reading to discover famous people who use weed. Some of the participants might shock you…

Cannabis consumers come in all forms. Society, however, wants you to believe that marijuana users are lazy, unproductive losers who eat lots of snacks. In reality, Mary Jane doesn’t discriminate. While plenty of unmotivated people use it, lots of successful people have tried it as well.

Bill Gates might seem like one of the last people on Earth to get down with cannabis. However, he has used his fair share of MMJ. Reports reveal Gates would always choose marijuana over any other pharmaceutical. Cannabis was allegedly his ‘medicine’ of choice.

Some say cannabis can increase creativity, productivity, and motivation.

It can sometimes lend a hand in helping geniuses fulfill their purposes in the world. We’re happy that reefer seemingly played a role in Bill Gates’ life. Otherwise, imagine a world without Microsoft.

We have to inform you that Gates has never openly admitted his cannabis use. Therefore, details surrounding his apparent use are speculation until he confirms it.

2. The King of Cannabis: Bob Marley

When you think of Bob Marley, the words ‘massive stoner’ usually comes to mind. Bob Marley is always linked to his dedicated consumption of the marijuana plant. He consumed it proudly and openly, not only for himself but as part of his Rastafarian religion. It is a faith that strongly encourages the use of Mary Jane to achieve a greater spiritual state. 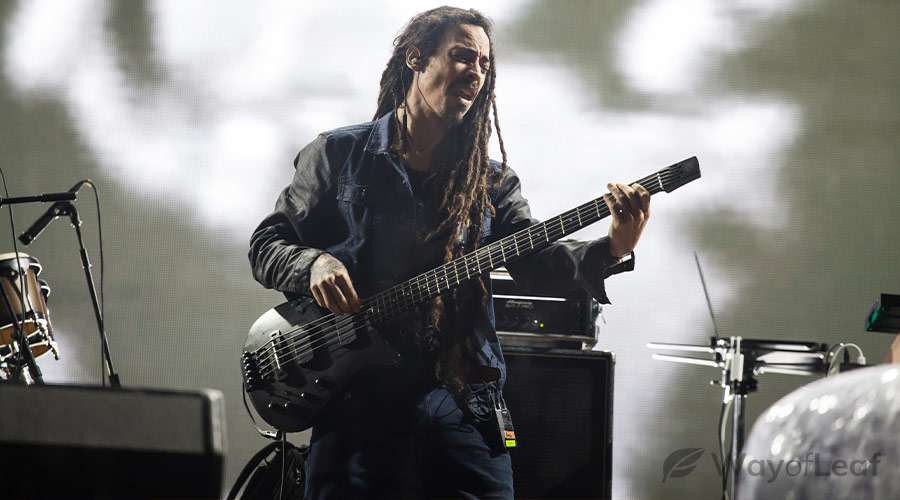 After his death, Marley’s family launched their cannabis brand, Marley Naturals. It pays homage to the singer’s plant of choice. Marley Naturals started in 2016 and sells cannabis, including pre-rolls, oil cartridges, and flower. It also offers weed-infused body care products and lifestyle accessories.

Bob Marley is regularly quoted for his inspiring words about life, much of which relates to marijuana. One of our favorites: “When you smoke the herb, it reveals you to yourself.”

Dunst is probably best known for her lead role in the Spider-Man trilogy. In a 2007 MTV interview, she said: “I do like weed. I have a different outlook on marijuana than America does. My best friend Sasha’s dad was Carl Sagan, the astronomer. He was the biggest pot smoker in the world, and he was a genius.”

We aren’t sure Dunst likes to light up as regularly as Carl Sagan did. However, it seems the starlet has an overwhelmingly supportive opinion on cannabis and its use. Let’s face it, America’s marijuana laws are, in our opinion, unnecessarily restrictive.

In 2017, Kirsten Dunst admitted she accidentally smoked an entire joint while filming a scene. She thought it consisted of prop “movie weed” (a blend of herbs other than cannabis) – and boy was she wrong! Dunst had to go home and stop filming after the high finally hit her. She describes the experience as being the most stoned she had ever been in her lifetime.

It is no surprise that comedian and actress Sarah Silverman loves her reefer. She was spotted vaping on the red carpet and has enjoyed sessions with Seth Rogen. She even not-so-secretly hit bongs with her mom and dad!

The world knows about the friendly relationship between Sarah Silverman and Mary Jane. The comedian certainly enjoys producing plenty of laughs, but she probably likes to make herself laugh too. Those in the know will tell you that some giggle-inducing cannabis does the trick excellently.

If Bob Marley is the King of Cannabis, Willie Nelson is, indeed, the Prince. Much like Bob Marley, Willie is habitually open about his marijuana consumption. The singer-songwriter is best known for his contributions to the outlaw country genre.

However, he also serves as co-chair of the advisory of the National Organization for the Reform of Marijuana Laws (NORML). Nelson even owns a cannabis company called Willie’s Reserve.

Willie’s Reserve has become quite famous for its quality of marijuana.

It sells predominantly fresh flower and oil cartridges to legal markets. Even though Willie is now in his late eighties, he fights hard for the worldwide acceptance and legalization of cannabis. He believes the herb can heal and benefit many people. We must say that we agree with him!

An unsuspecting addition to this famous line-up, Susan Sarandon has reached legendary status in Hollywood. Many younger actors look to her for inspiration. But it turns out this star also loves to get baked.

Sarandon has admitted to showing up to almost every showbiz event high. It is pretty funny to imagine this clean-cut, well-poised woman smoking cannabis or munching on some edibles. We are proud of Susan Sarandon for being open with her cannabis use and destigmatizing predisposed notions. We hope she doesn’t receive criticism from people who don’t understand how impactful and medicinal marijuana potentially is.

Rihanna is often spotted wearing pro-marijuana merchandise and clothing. If you follow celebrity news, you likely realize that Rihanna loves her ganja. Paparazzi have snapped the songstress on multiple occasions blazing it up by the poolside or somewhere out in public. What’s awesome is that Rihanna does not seem to mind one bit.

They say you require tough skin when famous. Rihanna fits the bill, as she doesn’t care what onlookers have to say about her love for cannabis. She has been extensively criticized since she first began publicly displaying her deep affection for the herb.

This is a lady known for rolling a joint on her bodyguard’s bald head at Coachella! She also traded green bud for diamonds on the cover of her single “Diamonds,” Rihanna is always coming up with new ways for the public to understand her love of all things ganja.

Related article
20 Best Songs to Listen to While High

All are promised to leave you …

The talk show host of Watch What Happens Live with Andy Cohen, Andy Cohen is a long-time open advocate for cannabis consumption. He consumes the plant himself with a massive list of other A-listers. Since the birth of his son Benjamin, however, Andy has decided to drop cannabis altogether.

He feels like he can act as a more devoted parent by doing so. Andy is raising the child as a single parent. For now, he believes it isn’t time to bring his love of cannabis back into his life. Props to Cohen for doing what his heart tells him to.

This pair is almost always high when featured together! Our list ends with the most obvious of any famous stoners: Cheech & Chong. The duo consists of Richard “Cheech” Marin and Tommy Chong.

This dynamic duo offered audiences a glimpse into the lives of two counter-culture, cannabis-loving dudes. Together, they produced numerous films and recordings. In addition to showing a bit of the hippie and free love era, Cheech & Chong were comedians. They occasionally performed stand-up and caused viewers to laugh hysterically while watching their films and performances. 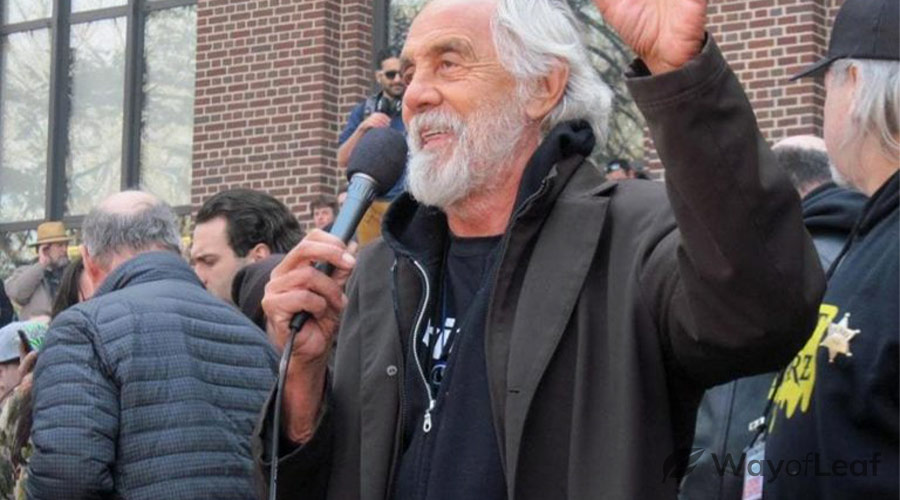 They have split up and reformed a few times. At the time of writing, however, the latest reunion seems more promising. It began with an appearance on The Late Show with Stephen Colbert in 2018. Cheech and Chong retain their reputation as hilarious individuals who love and support weed after all these years.

Final Thoughts on Famous People Who Use Weed

Celebrities are human too, so it makes sense why they would want to enjoy cannabis. Famous individuals that adore marijuana aren’t always that obvious. However, the ongoing weed revolution is fast approaching.

An increasing number of states legally accept cannabis-use on a recreational level. As such, it is no surprise that Hollywood’s biggest stars also want in on the transformation.

Maybe some realize how much they love the high, or their medical conditions are experiencing relief. For others, it is a viable investment opportunity. Whatever the reason, it’s clear that more celebrities than ever are turning towards cannabis.

4
5 min read
Join the discussion
TOC
Premium
Your subscription has ended
If you love cannabis and appreciate our content, join WayofLeaf Premium today and receive:
Best of all, part of your membership fee will go towards helping to legalize cannabis.
Go Wayofleaf Premium
No thanks, I can't afford it
I already have an account
×
Login in to your premium account